When we think of cults, the first images that come to mind are hippies, drugs, a little bit of weird love, and ultimately, horrific deaths. At TopTenz, we’ve touched on some of the most shocking cults to date, but we thought it was high time we took a look at 10 fictional cults that have been brought to us by the brilliant minds of writers such as Ryan Murphy, George Lucas and, yes, Stan Lee. While many of these may pale in comparison to the likes of Jim Jones and the People’s Temple, many are infinitely worse and we should probably feel relieved that they remain on paper and screen, and have not made their way to the scheming minds of the narcissistic men and women who could bring them to fruition.

Cult, as featured in American Horror Story, was influenced by the propaganda that has been part of the fear and anxiety-inducing reporting of many major news outlets since Trump took office. The show’s writer created intense anxieties and phobias for Sarah Paulson ‘s character, which were possibly intended to reflect some of the same concerns that could be felt by those who supported Trump’s views and as well as those of other marginalized groups. Although the show directly mentions Donald Trump as well as former presidential nominee Hillary Clinton, it ultimately took a deeper look into how people in power retain their position by manipulating others’ fears by leveraging social media through fake news and propaganda.

The terrifying season also touched upon important historical figures to deliver flashbacks and insights into some of history’s best-known cult leaders, including Charles Manson, who led the Manson Family to commit a series of nine assassinations at four separate locations during 1969 in the Los Angeles area.

The Master was much more than just a Scientology-esque movie, even though they tried their best to stop its production. Set in Post-War America, Joaquin Phoenix plays the role of a delinquent that refuses to be tamed within the new up and coming factions. Not even by “The Master” played by  Phillip Seymour Hoffman. The factions make up The Cause, a group devoted to separating man from his animal instincts. Where this film actually takes a turn from the other popular fictional cult storylines, is that it comes up with the notion that the real dependent in any brainwashing organization is the leader, not the follower.

As the narrative continues, we come to realize that “The Master” may be a liar, a philanderer, and a miserable alcoholic, but his fixation on wanting to understand the world through his own vocation of “making it up as I go along” shows that he is a depressed and lonely little mouse rotating within his little exercise wheel forever. He ultimately becomes the most human of all the cult leaders on this list. Though many may not realize it, The Sith, also referred to as the Sith Order in the Star Wars franchise, is a fictional cult. The ancient religious order of Force-wielders was dedicated to the dark side of the Force. Propelled by their feelings, including hatred, rage, and self-interest, the Sith were manipulative and fixated on gaining control and power. The order attained the pinnacle of its control under Darth Sidious, the Dark Lord of the Sith, who accomplished interstellar domination after a thousand years of plotting.

Within one generation, however, the deaths of both Sidious and Darth Vader would signal the end of the order of the Sith Lords. While Darth Vader’s death marked the Sith’s demise, it brought balance to the Force. However, even though the Prophecy of the Chosen One prophesied the demise of the Sith, it never prophesied the annihilation of the dark side.

The ephemeral spin-off of Battlestar Galactica did an excellent job of getting on the inside of the cult known as “The One,” a religious cult that chose to believe in a single deity above all others. Hence all those Battlestar Galactica references to “thank the gods.” Zoe Graystone is at the center of the plot, a teen murdered and revived through a software program created by her father. Her new self will finally be put inside a machine — aka Cylon, the first sentient toaster.

Another cool twist to the series was the virtual world populated by Zoe and her peers. They jacked into a chaotic nightclub which promotes murder and sex with no consequences whatsoever if they needed to let off steam. Although many found the series unoriginal, the principal of the school did have the habit of convincing her students to commit suicide for “the cause.”

Hydra is a totalitarian organization committed to ruling the world. It was established in remote times, previously as a cult oriented around the extremist veneration of Hive, a strong Inhuman who found himself exiled to the planet Maveth by other bygone Inhumans. As of his expulsion, the cult has been intent on bringing him back to Earth to begin a terrestrial power grab. Over hundreds of years, the cult has continued to evolve, having taken many forms, with its most recent incarnation brought to life shortly after the rise of Nazism in Germany under the command structure of Johann Schmidt of the Nazi Schutzstaffel.

Hydra was secretly rebuilt within S.H.I.E.L.D. by Schmidt’s top scientist Arnim Zola, who was recruited to the organization during Operation Paperclip, following his failure at the hands of Captain America in 1945 and the eventual death of Johann Schmidt. The ultimate objective of Hydra was the dissolution of governments of the world to create an authoritarian, totalitarian global state; thereby removing any challenges to their new world order.

American college student Danny Stetson is a clean-cut gymnast with Olympic gold aspirations when he’s lured to Homeland, a religious youth-oriented community, by Rebecca, a beautiful girl. There, the charismatic cult leader, Neil Kirklander, immediately starts conditioning him to assume that his new life now has the true significance that it had been missing.

Every minute with the cult causes young Danny to come even more and more under the influence of the cult’s enigmatic leader and he eventually refuses to go home. In their anguish, his parents decide to recruit someone to kidnap him. The modern-day bounty hunter has some experience in “de-programming” and attempts to undo the emotional harm that had been done to him. In short, this storyline focuses on the traumatic psychological adjustments that accompany any cult members’ road to recovery.

4. Daughters of the Amazon (Y: The Last Man)

The extremist Daughters of the Amazon, featured in the graphic novels Y: The Lat Man, maintain that Mother Earth cleansed herself of the “aberration” of the Y chromosome. They specialize in the vandalism and destruction of sperm-banks, destruction of all “patriarchal landmarks” such as churches and temples, the theft of food and equipment (believing that women should not be gatherers, but hunters) and the assassination of transsexuals and male impersonators.

As we come to learn in these unique comic books, the Daughters could be identified by their single breast, as the other would always be removed during their rite of initiation. Buying into the anger and rage of the manipulative Victoria, we learn that these women eventually begin to fade out even though the movement remains very strong in New York.

3. The Cult of Killers (The Following)

The Following is half Charles Manson and half Hannibal, with a side of the seven deadly sins in Se7en, and a lingering touch of Edgar Allen Poe. Kevin Bacon plays former FBI agent Ryan Hardy, who has to deal with his greatest capture: the infamous serial killer Joe Carroll, who’s been found guilty of murdering 14 women. When the season kicks off, Carroll is imprisoned but his followers are on the loose and are wreaking havoc in order to sustain his murderous activities. As can be expected, (mild spoiler) our killer Carroll escapes halfway through the first season and reveals that he is the ultimate cult leader. In flashbacks, we are shown how he achieved some of his best recruitment while being held in a maximum-security prison.

Throughout the 1st season we come to realize that the followers are much less compelling when Joe is not with them. They become too involved in kidnapping and manipulation between themselves rather than engaging in the Jigsaw-like murders. The highlight of the first season happens when the two are face-to-face: “Why are you surrounded by death? Death is fueling me,” taunts Joe. “Me too,” Ryan says. Unfortunately for fans, The Following was canceled after the third season. 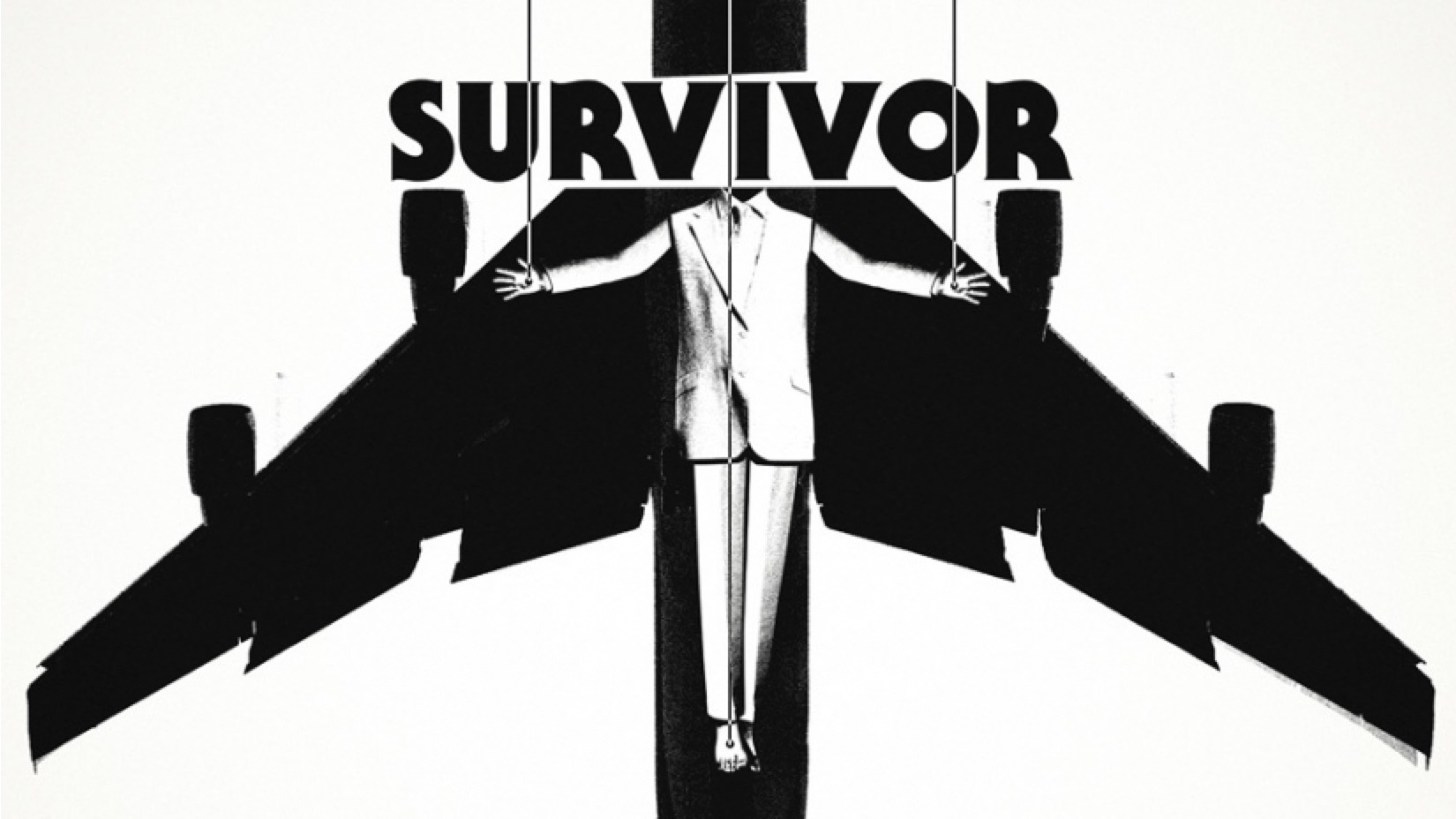 In this eerie novel by Chuck Palahniuk, we learn about The Creedish, a religious cult that established its own 20,000-acre colony in Nebraska. They managed to live here without creature comforts including televisions or phones. Every firstborn son would invariably be named Adam, and this firstborn son would be the only son who could get married and stay within the colony. The younger boys were all named Tender (as they had to tend to your every need), and every girl would be named Biddy (as they had to do your bidding).

Upon reaching the age of 18, Tenders and Biddies would be christened and promptly sent out to the outside world to take up some form of domestic work. Adams would stay in the colony and go on to get married (in an arranged marriage, of course, to a bidder chosen by the church). After that, they would proceed to make the Creedish babies as if there were no tomorrow, to raise them from Adam to the Elder. The Creedish often had a wide variety of mental problems. A lot of them were chronic masturbaters while many others had problems with kleptomania. A major part of their theology was known as “The Deliverance.” Once this was called, all the Creedish had to kill themselves the moment they heard the word.

1. The Island Cult (Gather the Daughters) 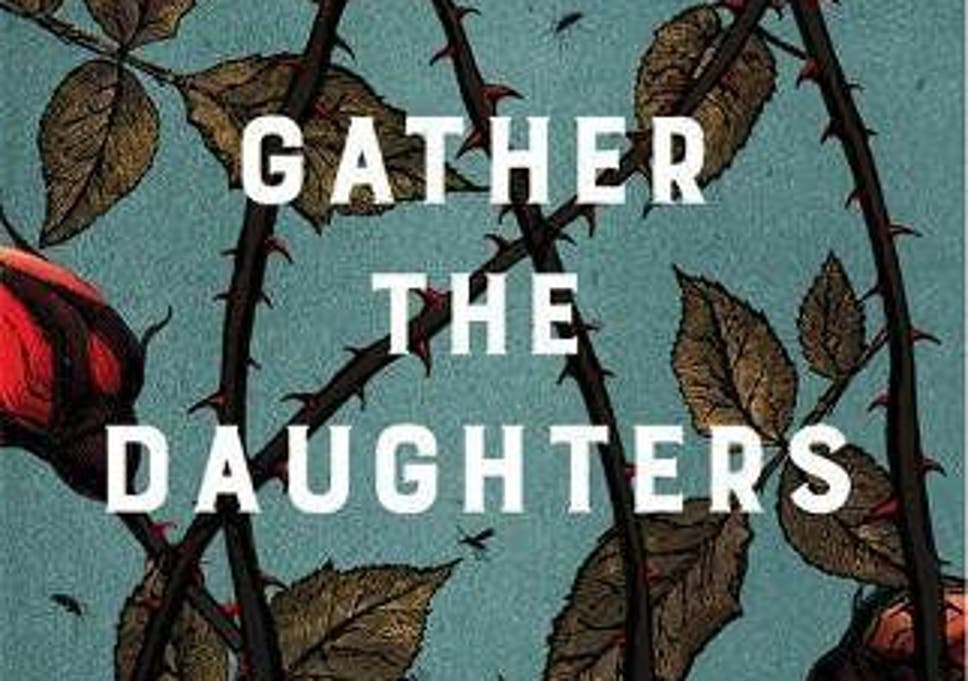 Gather the Daughters is a macabre and grim tale of a fictional island cult where being female is such a terrible fate that all the women share a group cry when girls are born. Incest among fathers and their daughters are sanctioned until the girls enter adolescence. From that point on women are expected to become Stepford wives and breeding objects for such an inbred culture that the rates of genetic abnormalities and, by extension, infant mortality rates have become disturbingly high. Any of the so-called “defectives,” the disabled and elderly as well as everyone else who is a burden on this insular community gets eliminated.

The story does not give any hint as to where or when the cult first isolated itself from the rest of the world, however, the story clearly appears to take place in our current timeline or in the near future. Due to the growing numbers of birth defects, the cult sends out trustworthy males they call “wanderers” to attract new members and collect required goods while rejecting modern medicine and other creature comforts accessible to everyone on the mainland.