10 People Who Faked Being Someone Else For Bizarre Reasons

Have you ever wished you could be someone else? It’s not an uncommon thought, we’re often envious of some part of another’s life. Money, fame, freedom, all sorts of things. Or maybe it’s less what someone else has and just wanting to get away from something you have to endure. No matter the reason it’s usually just a flight of fancy for most of us. But most of us isn’t all of us, as these 10 people prove, and their reasons are not at all what you might expect. Darius McCollum is a man who loves trains and buses. The New York resident has Asperger’s syndrome and a lifelong love of the vehicles that help move people around the city. So much so that he’s been arrested a staggering 32 times for pretending to be a transit employee and making off with those vehicles.

When he was just a kid, avoiding bullies on the trains, he became friends with a subway driver who actually told him how to drive the trains. He had the whole subway memorized by the time he was 8.

During his life, McCollum has essentially stolen hundreds of trains and buses. But he doesn’t joyride, he just works. He follows the routes and makes all the scheduled stops. None of the passengers have ever missed out on where they needed to go.

As a result of his arrests he’s also spent a third of his life behind bars. But every time he gets out he goes right back to it. The result is that he’s become a kind of a local celebrity and there’s even a documentary about him. No matter how many times he gets arrested, he is unable to resist the urge to go back.

9. A Psychiatrist Impersonated a Butcher to Treat a Patient Ibn Sinna was a philosopher, an astronomer, and a doctor about 1000 years ago. As part of his work he was also one of the fathers of psychiatry. He didn’t just treat patients physically; he understood there was psychology at play in certain ailments. And rather than just dismissing this out of hand, he tried to play along with his patients to see if he could meet them on their terms in an effort to help solve their problems.

In one famous case, he was treating a Persian prince who was said to be afflicted with a serious case of malnourishment. The reason being he was under the delusion he was a cow. He allegedly mooed like a cow and begged to be turned into a stew.

Ibn Sina treated the man by pretending to be a butcher. He approached the cow prince with a knife and then told the prince he could not slaughter him. The cow was too lean and unfit for butchery. So, in order to be fit for slaughter, he needed to eat and gain weight. The prince complied and began to eat, gradually began feeling better, and soon left the delusion behind.

8. A Scammer Called Fast Food Restaurants Pretending to Be a Cop to Torture Employees

Sometimes impersonating an individual can be easier than you’d think and the results can also be far more dangerous and shocking. That was the case in 2004 when a scammer began calling fast food restaurants. The man was impersonating a police officer and convinced an 18-year-old employee at a McDonalds to be strip searched while he was on the phone.

For over three hours the scammer tortured and humiliated the employee, all at the hands of her manager who testified later that she truly believed it was a police officer telling her what to do. This included making the girl do jumping jacks and the manager calling her own fiance to come and spank the girl for 10 minutes. Things got even worse from there.

The employee ended up suing McDonalds and winning $6.1 million thanks to the fact they knew a scammer was making calls without warning employees about it. A man was eventually arrested but not convicted. The calls did stop after his arrest, though. When a person impersonates someone else, you can typically take it for granted that the “someone” is actually a person. We only use that term to mean humans, typically. So let’s say this is the story about people impersonating something else. In this case, it’s monkeys. But not for fun. This was a real job.

The Indian government hired 40 people to impersonate monkeys. Aside from being hilarious, this was with a purpose. The macaques in and around India’s parliament building are a serious nuisance. They don’t just attack people; they roam the halls of parliament and steal, intimidate and are otherwise just not pleasant to be around. And no one wants to kill the monkeys, especially since the money god Hanuman is well-revered by Hindu people. But no one wants to be subjected to monkey attacks, either. So the solution is to out-monkey the monkeys by scaring them off with fake monkeys.

Before the fake money plan they used real monkeys of a different species, the langur, but that rubbed people the wrong way as well. Imprisoning one kind of money to scare off another monkey wasn’t a win for animal rights activists, as you can imagine. The monkey impersonators are able to reproduce the sound of langurs to scare the macaques. Most of us would probably never associate Mr. Rogers, that paragon of wholesome entertainment and children’s enrichment with the Ku Klux Klan and, truth be known, he didn’t want to be associated with them either. But that didn’t stop the Klan from impersonating Rogers to the point where the law had to get involved.

This story only dates back to 1990 when Fred Rogers sued and courts were forced to order the Missouri Knights of the Ku Klux Klan to stop making messages designed to mimic the music from Mr. Rogers’ Neighborhood as well as his speech patterns. The recordings feature someone who sounds like Rogers using racial slurs and even mimic a lynching. A second version focuses on hateful comments towards homosexuals.

The recordings would be played when a certain number was called and that number had been distributed to school children.

5. A German Shoemaker Faked Being an Officer to Commit a Robbery In 1906, the pieces were slowly being put into place for World War One and, even back then, the German Army was known for having a blind obedience to authority. We know this because German shoemaker Wilhelm Voigt exploited it for his own personal gain.

Voigt, a man who had already something of an unsavory criminal history, found himself a Prussian captain’s uniform that he assembled with secondhand bits and pieces and found two squads of soldiers who were just coming off duty. He ordered the men to follow him into town to arrest the mayor and other officials before taking the town’s supply of cash away in two sacks like an old-timey cartoon villain. He then had the soldiers accompany the mayor and others to the police station while he vanished with the money. The police, naturally, had no idea what was going on.

Voigt got 4,000 marks out of the scheme but was caught a few days later. He was sentenced to four years but apparently Kaiser Wilhelm actually thought it was funny and had the sentence cut down to less than two.

4. A Kid in the UK Impersonated an MI5 Agent to Plot His Own Murder This one is the Inception of impersonation weirdness and takes a bit to fully understand. Here’s the short version. A 14-year-old boy went online and pretended to be a British spy named Janet. Under the guise of Janet he tried to recruit a 16-year-old friend into the British Secret Service but, in order to prove himself, he needed to kill the 14-year-old. Sound baffling? Well, it was.

John, the 14-year-old, convinced Mark, the other boy that he’d make £80 million, meet the Prime Minister and, of course, get to have sex with Janet, the 44-year-old married spy. All he had to do was stab John to death, which he tried to do.

John was stabbed twice but survived. Mark was the one who called for help after doing it. During the course of the investigation, John became the first person ever in British history to be charged with inciting their own murder.

3. Howie Mandel Was Kicked Out of School for Impersonating a School Board Member Howie Mandel has been working as a comedian since the ’80s and has managed to stay in the public eye with his work in reality shows like Deal or No Deal and America’s Got Talent, as well as his voice work in things like Bobby’s World and Gremlins. Who would have guessed he was a rabble-rouser in his school days who was actually kicked out of school for impersonating school officials?

Mandel attended a highschool in Toronto where he took it upon himself to impersonate a school board member towards the end of arranging a construction project to build an addition on the school. In one interview he explained this further by saying he hired a contracting firm to expand the library. This was just one of three times he was kicked out of different schools.

2. A Woman Impersonated the Prosecutor To Drop Charges Against Herself 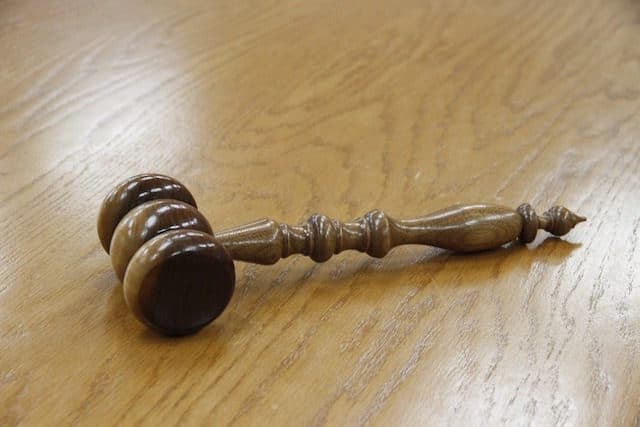 Bart Simpson and Shaggy taught us that “I didn’t do it” and “it wasn’t me” are reasonable responses to getting caught red-handed. But neither one is very successful in the face of real world evidence. If you want to get away with a bad act, you need someone else to agree you didn’t do it. Someone like the local prosecutor. This was Lisa Landon’s thinking when she was charged with drug possession and stalking. She needed the prosecutor to drop those charges.

The real prosecutor was probably unsympathetic to Landon’s plight so Landon went with Plan B and impersonated the prosecutor, filing her own paperwork to dismiss the charges.

The scheme did not work, and she managed to rack up seven additional charges as a result including false personation and evidence tampering. Her plan failed when a forensic examiner, scheduled to interview Landon to determine her competency, called the prosecutor to ask if the interview should still happen since charges had been dropped. If not for that, who knows if it would have worked. If you’re not from Oklahoma, you may have never heard of William James Clark. But if you are, chances are you’ve seen him on the news once or twice in the past. Clark cannot stop impersonating military personnel and he has a penchant for doing it in the biggest, most noticeable ways he can. It’s not enough to just wear a uniform, Clark keeps getting involved in things he shouldn’t.

Let’s start in 2002 when a bridge on I-40 collapsed killing 14 people and injuring many others. William James Clark showed up, in uniform, and claimed to be with the Army. He took over the relief effort and even gave media interviews. Clark has never been in the military. He took medical records from at least one of the victims as well. He was charged with impersonating an officer and possession of a firearm.

After 70 months in prison, Clark resurfaced in 2007 when he called the Russian Embassy and told them he was part of a covert military operation to assassinate Vladimir Putin. He later told police he’d overheard employees at the local bingo hall discussing Putin’s assassination plot and thought it was real. He also conceded he suffers from mental illness and sometimes has hallucinations.

In 2010, he was caught again in uniform, this time in Alaska. In addition to pretending to be military he’d been committing tens of thousands in check fraud across the country as well.