Neanderthals are frequently depicted as hunched, barbarous and dumb creatures. This image, however, is primarily based on misconceptions made by paleontologists a long time ago. New discoveries are constantly changing those old myths, thanks to more advanced science and open minds. We’re even coming up with several new theories on why they disappeared from the human timeline.

Neanderthals, it turns out, were similar to modern humans in numerous ways. For example, they created and used a variety of sophisticated tools, they knew how to regulate fire and were great artists, resided in shelters, fashioned and wore clothes, were adept hunters who also enjoyed their veggies, and frequently created ornamental and symbolic objects. They also buried their deceased and even decorated their graves with tributes like wildflowers. However, advanced science has also given us a lot of insight into some of the more bizarre facts when it comes to our closest relatives.

10. They spoke in a very loud and high-pitched voice Contrary to popular belief, grunting was not the preferred method of communication among the Neanderthals. While they may or may not have had advanced vocabularies, the position, and structure of the hyoid bone in the throat, which supports the base of the tongue, allowed them to communicate in complex ways. (The hyoid bone is the same bone that allows modern humans to speak.) In fact, they could basically make every single sound that we can.

However, while they could speak just like us, they most definitely did not sound like us. Their voices were in all probability higher pitched than ours – the main reason being that the shape of their throats differed from ours. They were also much louder than the average modern human due to their broader chests, ensuring greater lung capacity. The woolly mammoth, the furry extinct ancestor of modern elephants that weighed up to 12,000 pounds, was one of the largest and most favored animals hunted by Neanderthals. According to a 2019 study, Neanderthals and woolly mammoths both have molecular markers that would have given them greater capacity and adaptation to not only survive but thrive in colder climates.

Although the discovery was unexpected, it is quite conceivable since both species evolved from earlier African ancestors before having to adapt to the colder regions of Ice Age Eurasia. We also know that both species went extinct at about the same moment in time. The two species were subjected to identical circumstances and, as a direct consequence, began to experience similar adaptations. As a result, they are an excellent example of convergent evolution.

8. Some of us are more closely related to Neanderthals than others Geneticists have been describing how Neanderthals – or, at the very least, their DNA sequences – survive in today’s Europeans, Asians, and their offspring for over a decade. However, they wrongly believed that this was not the case in Africans, since modern humans and our ancient cousins exclusively interbred outside of Africa. A new study now defies this idea, demonstrating a surprisingly high amount of Neanderthal DNA in modern African populations. It’s suspected that much of the DNA was returned to Africa over the last 20,000 years as populations migrated back to the continent.

Previous research simply assumed that Africans lack Neanderthal DNA in large numbers. However,  Joshua Akey of Princeton University compared the genome of a Neanderthal from Russia’s Altai area in Siberia, to 2,504 current genomes submitted to the 1,000 Genomes Project to gain more credible numbers. The researchers found that African people contained substantially more Neanderthal DNA than previously thought – about 17 megabases (Mb), or 0.3 percent of their genome. These studies have further shown Europeans and Asians had equal levels of Neanderthal DNA – 51 and 55 Mb, respectively.

7. They mated themselves into oblivion 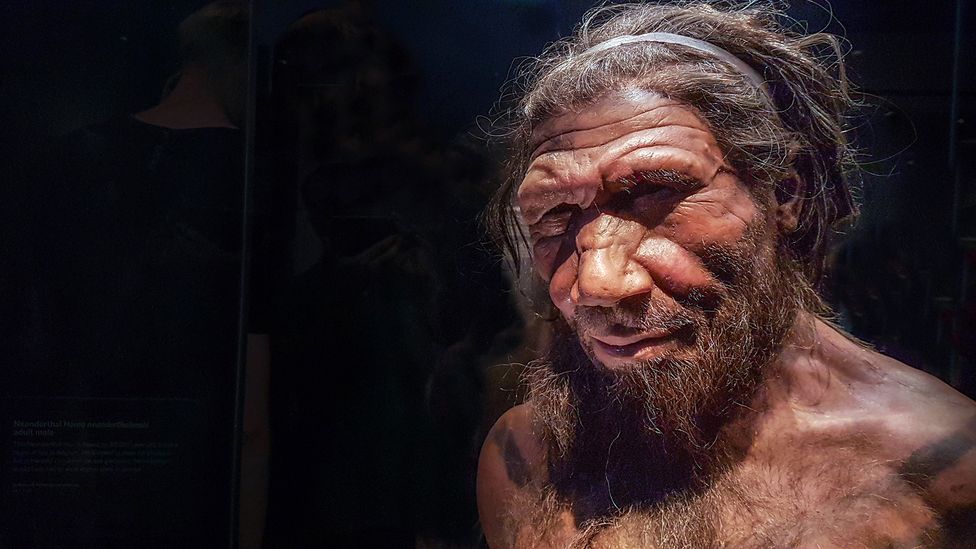 One contentious theory contends that the large eyes of Neanderthals contributed to their extinction. Because of their large eyes, they are thought to have used a larger portion of their brain to see, leaving them with less natural protection when it comes to the other senses. Other areas of their brain, according to this theory, would have shrunk as a result.

However, based on other discoveries from all over the world and some key facts from our previous entry, this appears less likely. It is well known that modern humans hooked up with Neanderthals. One reason we know this is through DNA analysis of a cluster of Neanderthal remains discovered in Siberia’s Altai Mountains whose genomes contained DNA from modern humans. These studies confirm when Neanderthal DNA entered the human story, but they also tell us when the Neanderthal story ended. According to 2018 research, Neanderthals died as a result of interbreeding, and they may have “mated themselves into oblivion” by diluting their DNA.

6. We think they left each other messages The Crimean cave of Kiik-Koba is no stranger to Neanderthal discoveries. Excited researchers discovered an adult Neanderthal and a baby inside the cave several decades ago. In 2018, a 35,000-year-old flint flake discovered at the site was discovered to have 13 surface marks deliberately etched onto its surface. In fact, the zigzags were made by a Neanderthal with excellent hand-eye coordination who used a variety of sharpened stone tools. This type of exertion also demanded a high level of mental concentration. The small flint was not made of local stone, implying that it was brought from somewhere else – and that the lines could have been a message.

According to the research teams, the engravings demanded a significant amount of work, far too much to be dismissed as unintentional doodles. They’ve also dismissed the idea that the lines denoted ownership of the object because nothing similar has been discovered on other flint tools. The discovery could also imply that Neanderthals knew how to keep track of some form of numerical data. However, we will ultimately never know exactly what our ancient friend in the cave tried to communicate or who the information was intended for.

5. Their genes have helped us to outlive them Researchers from the Institut Pasteur and the Max Planck Institute for Evolutionary Anthropology published two separate studies during January 2016 that demonstrated that interbreeding with Neanderthals boosted contemporary humans’ immune systems. When our forefathers journeyed from Africa to Europe, they not only met but also mated with the Neanderthals. This interbreeding produced human-Neanderthal hybrids with gene variations that could fend off infectious disease more successfully than their parents.

In addition to the Neanderthals, research has revealed that we interbred with the Denisovans, an extinct tribe of hominids who coexisted with both Neanderthals and modern humans. Regrettably, little is known about them. Although the Denisovans and Neanderthals have a common ancestor, they are genetically diverse. Interbreeding with Denisovans is also believed to have aided the evolution of the modern human body’s immune system and left some of us more susceptible to allergies.

4. Their genes have also given us a range of afflictions Unfortunately, the results of the interbreeding also left us with the genomes that increase the risks of heart attacks, depression, and even nicotine addiction. The discovery was made by researchers Akey and John Capra after they examined the medical history and genetic makeup of 28,000 people. The records enabled the researchers to explore the participants’ medical conditions, and their genetic material allowed them to discover the specific Neanderthal DNA that increased the subject’s risk factors.

In addition, modern people may have also inherited predispositions for diabetes from the Neanderthals, according to Harvard scientist David Altshuler. This discovery came just a few years after the Max Planck Institute for Evolutionary Anthropology sequenced the DNA of a Neanderthal fossil. After the findings, the scientists made it clear that the discovery didn’t necessarily prove that our lost ancestors had diabetes, only that they are the source of the genetic alterations that cause type 2 diabetes, specifically in Latino and Asian populations.

3. In turn, we gave them herpes 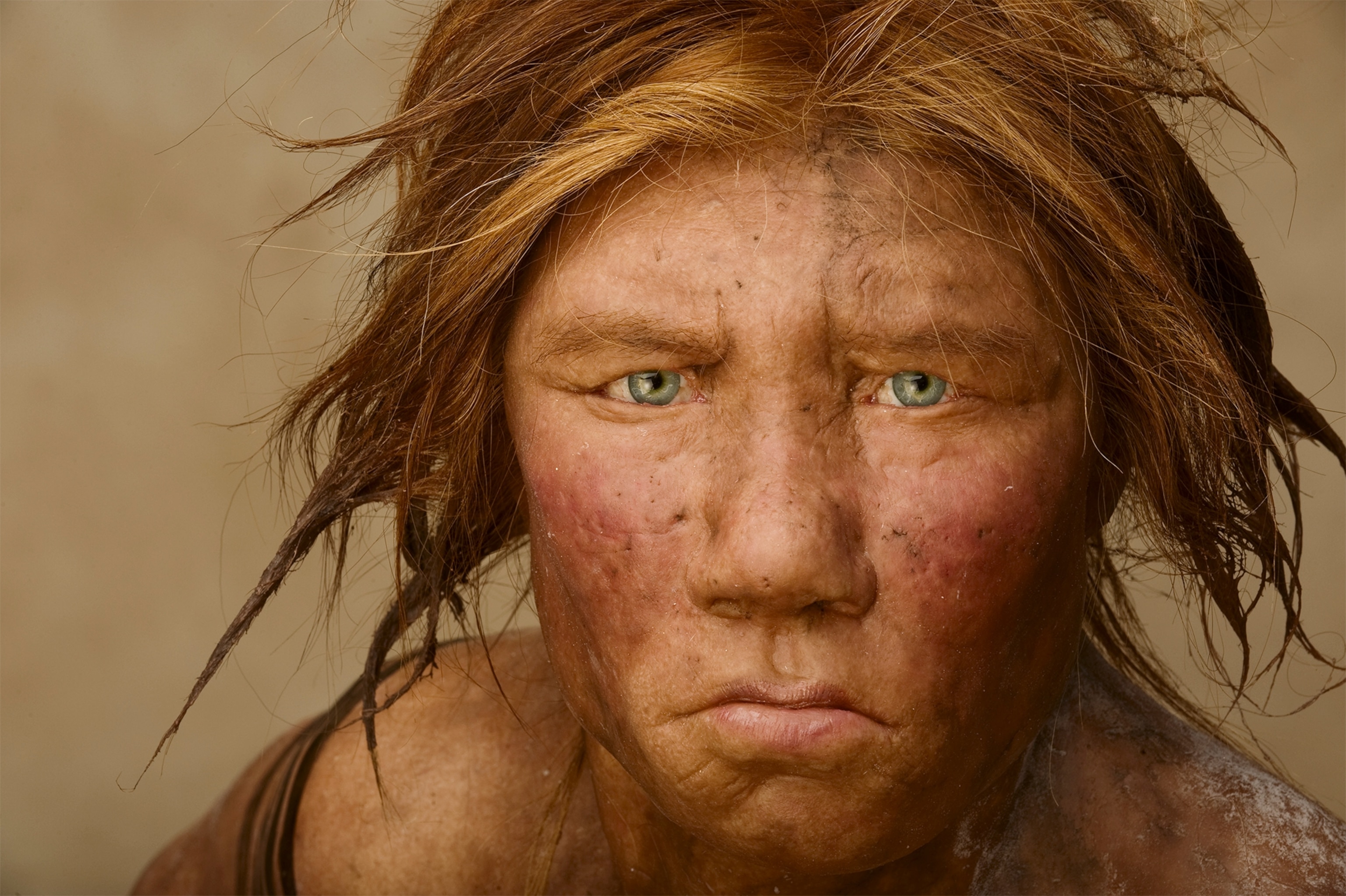 Genital herpes is not a modern affliction, despite popular belief. It’s an old disease that’s been plaguing humanity for millennia. Humans and Neanderthals started interacting and interbreeding around 100,000 years ago. As previously mentioned, as a result of this interbreeding, we all possess 2% to 5% Neanderthal DNA. After examining pathogenic genomes and ancient DNA, researchers Simon Underdown of Oxford Brookes University and Charlotte Houldcroft of the University of Cambridge discovered that even our ancient cousins, the Neanderthals, had genital herpes.

Herpes simplex type 1 and herpes simplex type 2 viruses cause genital herpes, which is a sexually transmitted disease. This STD affects one out of every six people in the United States between the ages of 14 and 49. According to the researchers, contemporary humans were the ones who infected Neanderthals with the disease and not the other way around. Researchers believe that modern humans also delivered Neanderthals tapeworms and stomach ulcers, in addition to genital herpes.

2. We’ve been playing around with their brains The most bizarre developments in the area of Neanderthal research were obtained from a research lab in California. In 2018, researchers decided to focus on neurological insights in order to solve why Neanderthals disappeared while humans continued to thrive. They decided to grow Neanderthal brain matter for a much more direct examination. The entire Neanderthal genome has already been sequenced, as such it only took a few genetic alterations to transform human stem cells into brain cells that resembled those of the extinct hominid. The following step was to create an organoid.

The organoids or mini brains matured at about 0.5 centimeters after 6-8 months. T he most noticeable difference was their shape. Human brain organoids are round, but the Neanderthal version has a peculiar popcorn-like appearance. In addition, the neural networks were less refined than those of modern humans. Although the study’s findings are impressive, more research is needed before blaming brain differences for the extinction of the Neanderthals. One of the stranger future plans is the development of a robot with Neanderthal brains. The goal is to teach organoids to learn through feedback, eventually allowing them to direct their own robots. 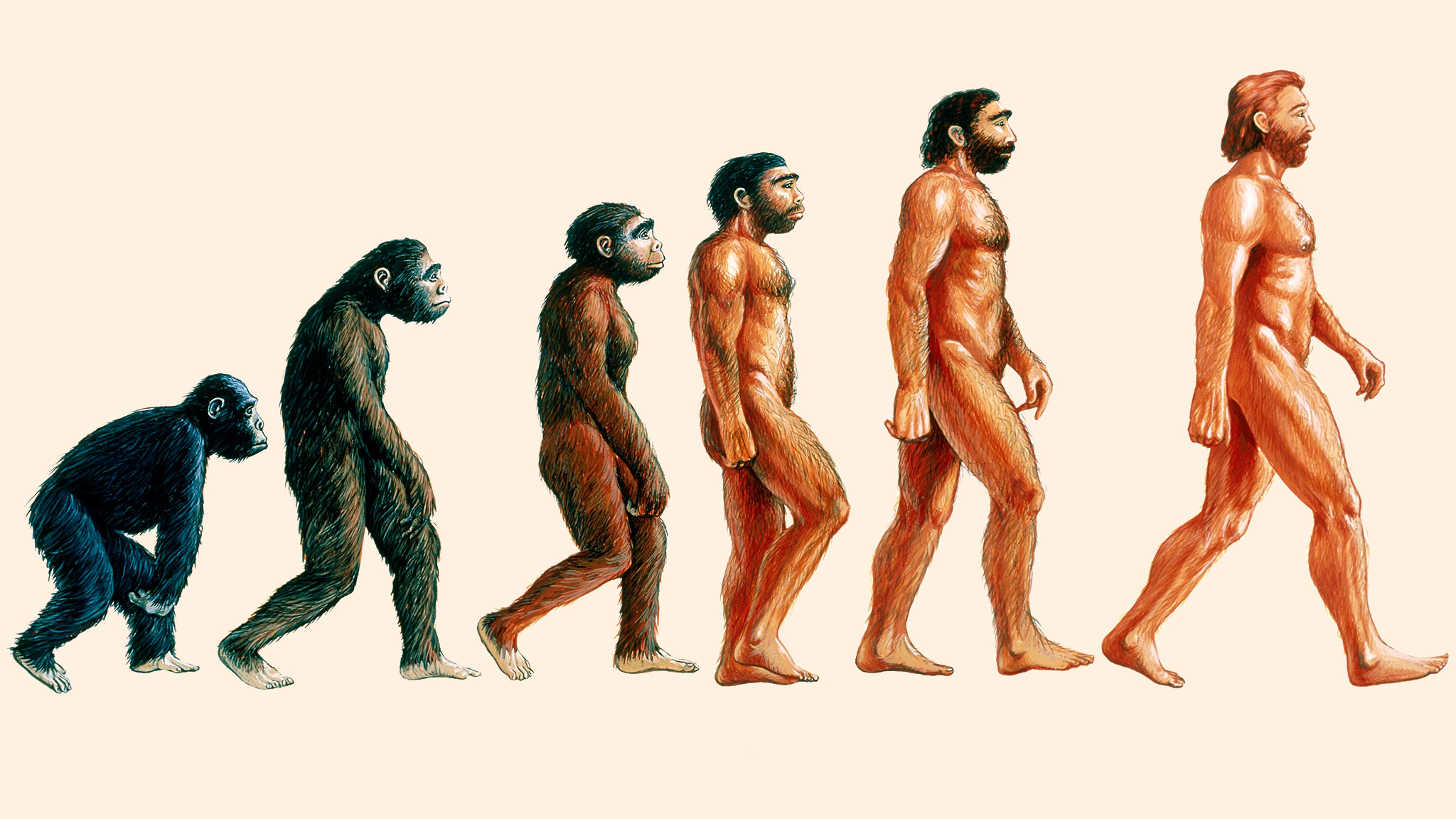 While Neanderthals have been extinct for millennia, there is a high likelihood they will eventually re-emerge and exist alongside us in the coming decades. The notion may sound ridiculous, but our advances in cloning technology has made this idea a very real possibility. The most common technique for cloning living creatures is nuclear transfer, which involves taking an “intact cell” from the mammal or animal to be cloned. In the particular instance of the Neanderthals, no intact cells remain, and stringing together enough DNA fragments from 40,000-year-old fossils would be arduous.

Harvard geneticist George Church proposed a cloning procedure in 2012 that did not use whole cells. Church recommended the use of healthy cells from a closely related species. In this case, cells from modern humans. Once the DNA in the human cell has been removed, scientists can genetically alter it to match the Neanderthal genome code, and cloning can commence. Though the Neanderthals could be resurrected, it is unlikely to happen in the next decade or so. The method for accomplishing this has yet to be refined, and the process is risky, costly, and ultimately very time-consuming.