It’s a well known fact that our ancient history timelines are flawed. The “modern” world is much older than conventional history teaches us. When looking at some of the most amazing scientific discoveries recently, such as the confirmed age dating of the Sphinx in Egypt, it is becoming progressively clearer that the traditional chronological approach (with regards to our ancient history) should be revisited, and that a lot of knowledge has been lost through the ages.

Once beautiful, thriving, and highly developed cities lost to our collective consciousness have been rediscovered in the past few years. Ravaged by war or lost to natural disasters, these forgotten places have come to amaze and enlighten us, leading us to question not only our historic timelines but also the stories and history behind them. In 1888, while looking for lost horses, two cowboys from southwest Colorado, Richard Wetherill and his brother-in-law Charlie Mason, came upon the majestic ancient ruins known as Mesa Verde. The Mesa Verde Dwellings are some of North America’s most notable and best-preserved archaeological sites. In the late 1190s, many ancestral Puebloans, after almost 600 years on the mesa floor, began to live in villages under the overhanging cliffs.

The community eventually stayed in villages of up to 150 rooms, which included various rooms for storage purposes. The Puebloans lived in the alcoves while still farming the mesa tops, restoring, remodeling, and building new rooms for nearly a century. The population started migrating south to New Mexico and Arizona by the late 1270s. By 1300, Mesa Verde’s ancestral-pueblo occupation ended. The researcher Cyrus L. Lundell of the Mexican Exploitation Chicle Company rediscovered Calakmul from the air on December 29, 1931. Calakmul was a significant Mayan entity in southern Mexico’s Yucatan Peninsula. Distinguished by the comprehensive distribution of its snake head symbol emblem glyph, “Kaan,” Calakmul itself is estimated to have had a population of 50,000 and often ruled areas as far as 150 kilometers. There are 6,750 ancient structures found at Calakmul, the largest being the site’s great pyramid. This pyramid, often referred to as structure two, is over 45 meters high, making it one of the tallest Mayan pyramids. Four tombs were discovered inside the pyramid.

Unlike other temples or pyramids in Mesoamerica, Calakmul’s pyramid grew in size by building on existing temples to achieve its current height. The scale of the central monumental architecture is about two square kilometers and the entire site is about 20 square kilometers.  In 2002, Calakmul was declared a UNESCO World Heritage Site for cultural and environmental significance. The ancient Egyptian city of Heracleion vanished under the Mediterranean more than 1,200 years ago. Established around the 8th century BC, long before Alexandria was established in 331 BC, it is assumed that Heracleion was the mandatory port of entry to Egypt for all ships from the Greek world. Before its discovery in 2000 by archeologist Franck Goddio and the IEASM (European Institute for Underwater Archaeology), no trace of Thonis-Heracleion had ever been found (the city was known as Thonis by Greeks). In fact, the city’s name was almost razed from the memory of mankind, preserved only by archeologists in ancient classic texts and unusual inscriptions found on land.

Numerous site discoveries suggested that the city’s period of significant activity lasted from the 6th to 4th century BC, with pottery finds and coins appearing to stop at the end of the 2nd century BC. Goddio’s discoveries also included statues of the ancient Egyptian goddess Isis, Hapi, and depictions of a legendary and unknown Egyptian pharaoh, all in remarkably good conditions. During an archeological excavation near the Dwarkadh temple in 1979-80, the first clues to the presence of ancient Dwarka near modern Dwarka were found. Dwarka was, according to ancient Hindu texts, a skirmish field for Krishna and evil King Salva. As the legend goes, Krishna, Mahabharat’s most influential figure, is said to have created the city in the Devbhoomi Dwarka district on Gujarat’s west coast. King Salva, according to Mahabharat, struck Dwarka with a flying plane.

It is the explanation of the fight that attracts the attention of the ancient alien theorists, as it seems to suggest that it was fought with sophisticated technology and advanced weapons, possibly with an orbital ship. Marine archaeological explorations have shed light on a variety of buildings, stone anchors, and other artifacts. The discovery also conclusively found sandstone walls, a street grid, and seaport remains some 70 feet below ground. Evidence points to a vibrant city life about 9,000 years ago. 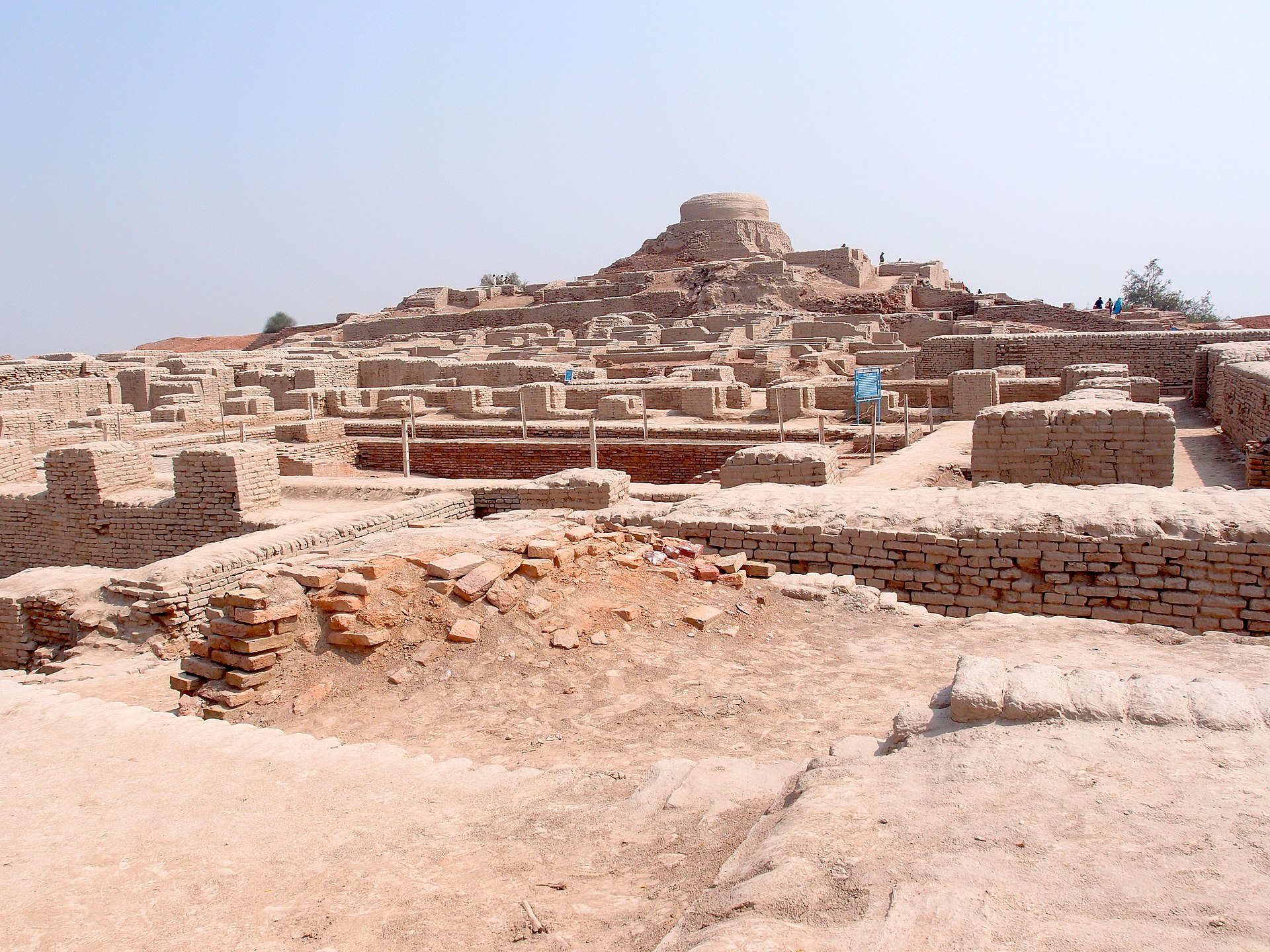 The civilization of the Indus Valley was the largest of the four ancient civilizations in the world. Yet, despite being the largest, the least is known about the people of the Indus Valley. This is because the Indus language and script have not been deciphered to date. Although we have found several scripts left on pottery pots, seals, and amulets, linguists and archeologists are lost until they can find the “Rosetta Stone” of the Indus Valley. Mohenjo Daro is one of the best known cities that have been uncovered in the area to date. Similar to Harappa in northern Pakistan, it was made almost entirely of kiln-fired bricks between 2500 and 2100 BC.

The city was originally square outlined along the grid lines. Twelve main streets separated it, 11 of which were residential, with the Citadel occupying the 12th area. The city featured a sophisticated drainage system with regular manhole covers and public block latrines. Its engineering feats included sewers wide enough to walk in. House drains were constructed of clay pipes and connected to the sewers by open brick gutters. One of Mohenjo’s most impressive buildings is the “Great Bath,” which is remarkably well preserved, measuring 180 feet from north to south and 108 feet from east to west. 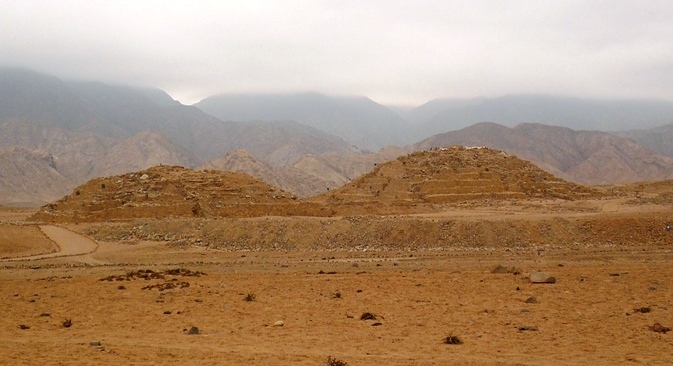 Caral made headlines in 2001 when carbon-dating proved the site to be from around 2627 BC. At the same moment, the Egyptians are believed to have started the construction of their first pyramid complexes. The city layout shows signs of it being designed with districts set aside for various trades, wealthy and poor. The 163-acre town was the administrative center of a complex civilization. The Caral site and 18 similarly dated sites that have been discovered clustered together in the Supe Valley have been integrated into what is now better known as the Caral-Supe Culture.

These sites are significant because together they represent the earliest known urban settlements in America, predating the Olmecs with at least 1,000 years. The original excavators identified Caral as the oldest urban center in the Americas, a claim that has since been questioned by the discovery of ancient sites nearby. Being over 4,500 years old, Caral is America’s oldest civilization nucleus. A quipu (the knot system used to record the knowledge in Andean civilizations) found on the site identifies the culture with later Incas. The city layout also provides ample evidence of ceremonial functions and monumental architecture, including six large pyramidal structures. The legendary Greek poet Homer imortilized the City of Troy with his epic poem, The Iliad. The poem has been a key text in the classical world and is often regarded as the first work in Western literature. For millennia, the city of Troy has fascinated people. Once thought to be purely mythological, the lost city emerged as a real place in history when Heinrich Schliemann, one of the founders of modern archaeology, discovered it in Turkey in the 1870s. Once Schliemann discovered the site, he thought he found signs of the Trojan War so famously depicted in The Iliad.

The German even named gold objects he found after Homeric poem characters including “Priam’s fortune” and “Helen’s jewels.” Nevertheless, archaeologists in Turkey actually made a startling find more recently, suggesting that the ancient city may, in fact, be 600 years older than previously thought, suggesting that the city may have been inhabited six centuries earlier than before, making the settlement 5 500 years old. Troy has been a UNESCO World Heritage Site since 1988. 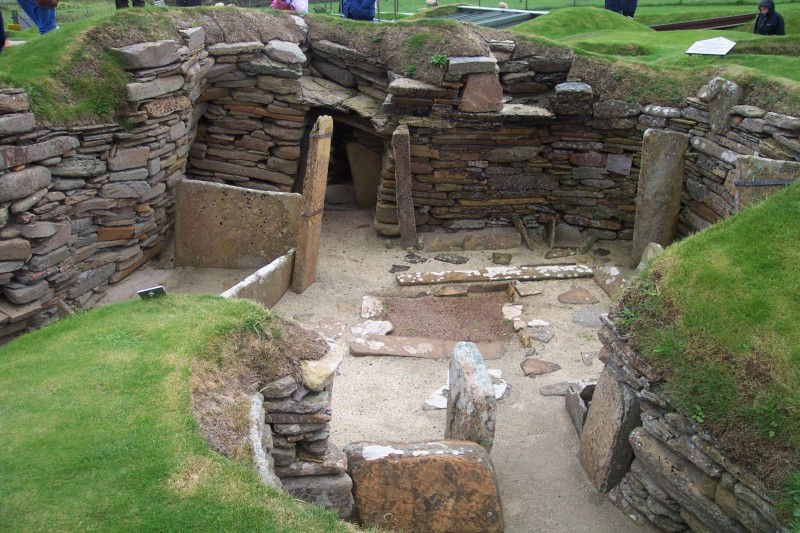 Skara Brae’s Neolithic settlement was found in the winter of 1850. Wild storms ripped grass from a high dune known as Skara Brae, next to Skaill Bay, revealing an enormous midden (refuse heap) and ruins of ancient stone houses. The discovery turned out to be the best-preserved Neolithic settlement in northern Europe. Before the Egyptian pyramids were built, Skara Brae was inhabited. It had been thriving for centuries before the building even began at Stonehenge. But it is not only its age that makes it so remarkable and significant. It’s the degree to which it’s maintained.

This semi-subterranean village has survived in an impressive condition. And, surprisingly, the village still houses ancient furniture. In 1999, when it was designated as part of the Core of Neolithic Orkney World Heritage Site, the profound importance of this remarkable site was officially recognized. 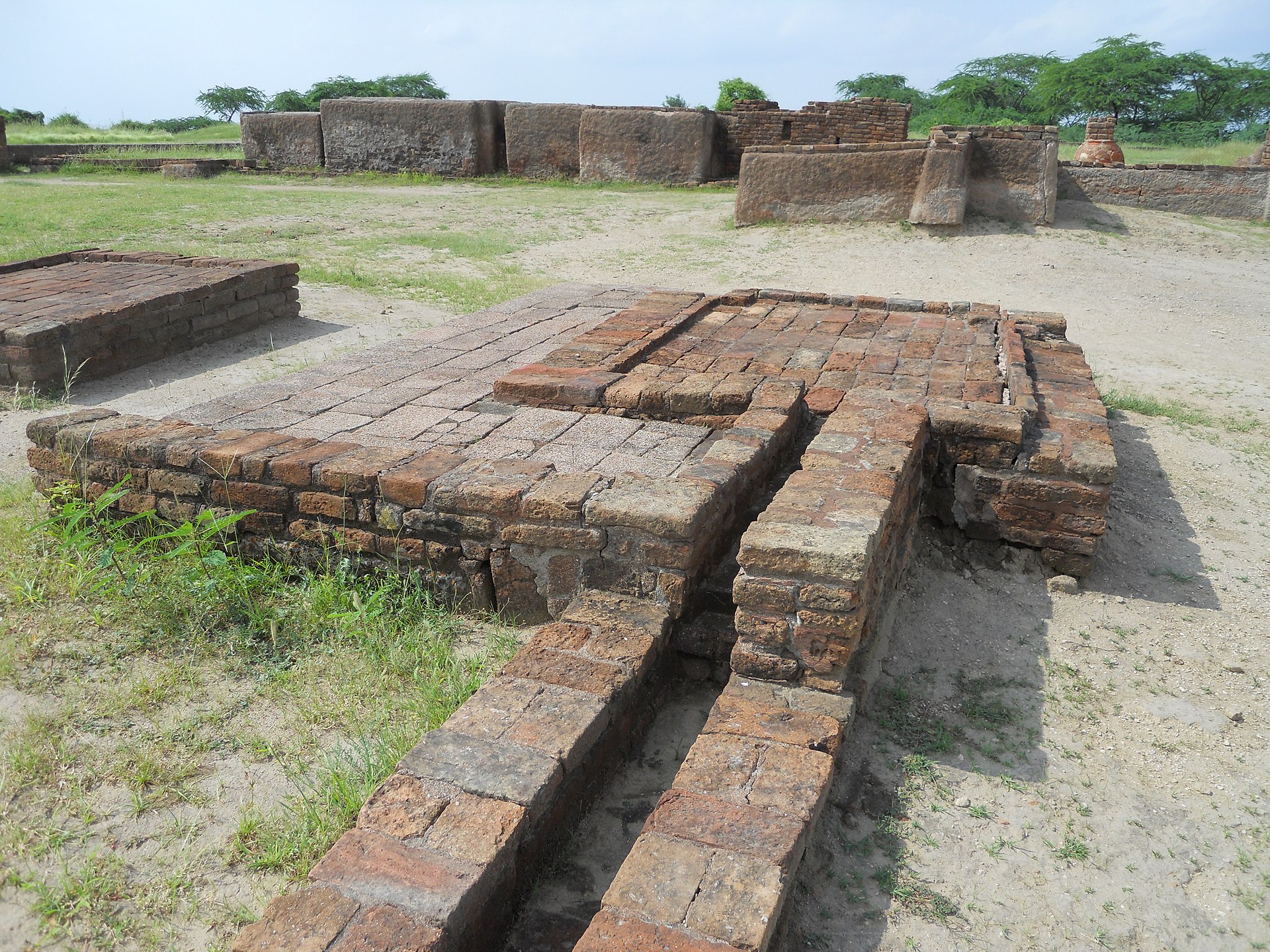 Lothal was one of ancient Indus Valley Civilization’s southernmost cities, located in the Bhal area of Gujarat’s modern state, and first inhabited from around 3700 BC. The Archeological Survey of India (ASI), the official Indian government department for preserving ancient ruins, excavated Lothal from February 13, 1955 to May 19, 1960. Lothal had the world’s first known dock, linking the city to the ancient course of the Sabarmati River on the trade route between the Harappan cities of Sindh and the Saurashtra Peninsula.

Lothal was a vital and thriving trade center in ancient times, with its trade of beads, gems, and precious ornaments reaching the far corners of West Asia and Africa. The techniques and methods these ancients developed for the development of beads and metallurgy have been in use for more than 4,000 years. Resuming excavation in 1961, archaeologists uncovered trenches sank on the northern, eastern, and western flanks of the mound, bringing to light the inlet channels and the ravines connecting the dock with the river. The other findings included a township and a marketplace.

When Gobekli Tepe was discovered in 1994, everything we thought we knew about human history was modified. Gobekli Tepe is a huge, ancient temple located in Turkey, constructed from pillars of large stone rings. The pillars are engraved with complex figures of lions, scorpions and even vultures, but they are not just beautiful artworks. They are the foundation of the upper part of the structure that contains massive stone slabs, some of which exceed 10 tons. The ancient artwork and engineering at the site is simply incredible. It’s an amazing accomplishment on any day if we lift 10-ton stones and set them on top of a base large enough to keep them in place.

Yet what makes Gobekli Tepe so amazing is that it was built in 10th millennia BC — more than 11,500 years ago — and is officially the world’s oldest temple. Gobekli Tepe is older than the written language. As such, it is hard to pinpoint the exact purpose of the structures. According to archaeologists, however, the people of Israel, and even from as far as Egypt, would have made an annual pilgrimage to Gobekli Tepe – a journey that would have required them to travel up to 1,500 kilometers, or almost 1,000 miles. It would have had to be the mandate of the gods for anyone to travel that far.