Trains are colossal, so whenever they derail or collide, their devastating force becomes painfully clear. A crashing train takes on a life of its own, becoming unmanageable and completely unstoppable. Passengers can do nothing to prevent the carnage from happening and are often tossed around inside the carriages, breaking limbs and suffering internal injuries.

The worst crashes in our history suffered enormous casualties but in turn, also provided us with valuable information on how to improve railroad infrastructure as well as rail and passenger safety. 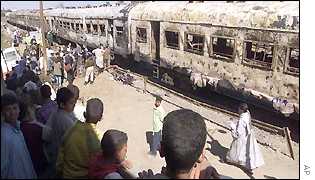 At 2:00 in the morning on February 20, 2002, a gas cylinder exploded in the fifth carriage of an Egyptian train. The enveloping fire quickly spread to the other carriages, as the train kept speeding along its tracks until two hours later when the driver finally stopped. In the end, seven carriages were burnt to cinders, and almost 400 people lost their lives. The number of fatalities in this disaster was heavily contested however, as the full passenger list was absent. Also, due to the intensity of the fire, many of the corpses were burnt to ash, making identification impossible. Furthermore, the train was overloaded and it is believed that many passengers were killed when they jumped from the burning train. Though 383 is the official toll, many consider an amount of 1000 casualties to be more accurate.

The worst train disaster in the history of Africa occurred on January 14, 1985, close to the town of Awash. The town lies above a ravine on the Awash River. It was on nearing this town that the express train derailed after the engineer failed to reduce speed at the curving bridge, plunging the train’s carriages into the ravine. Of the estimated 1,000 passengers onboard the train, 428 were killed and almost all of the remaining passengers were badly injured. After the horrific accident, the train’s engineer was arrested and charged with failing to reduce speed on approaching a curve. 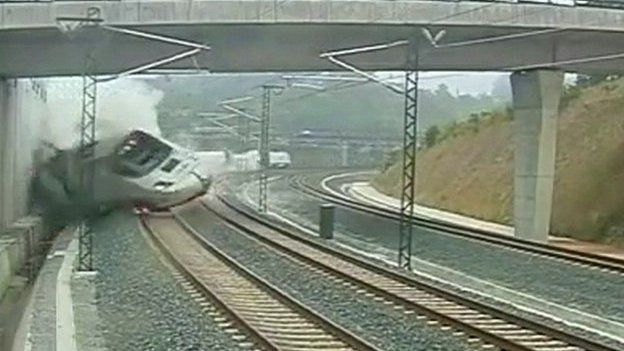 On January 3, 1944, near the village of Torre del Bierzo in Spain, a runaway mail train sped into tunnel No. 20. Ahead of it was a shunting engine with 3 carriages trying to get out of harm’s way. Two of these carriages were still inside the tunnel when the mail train struck. From the opposite direction, a coal train with 27 loaded wagons were approaching. The driver of the shunting engine tried to warn the coal train, but it still slammed into the shunting locomotive. The resulting fire burned for two days. As many people traveled without tickets, and the fire decimated almost all of the human remains, the true number of passengers on board was hard to estimate, but survivors claimed that the train was packed, as many were travelling to a Christmas fair.

During WWII, severe wartime shortages led to considerable black market trade. By 1944, opportunists and budding entrepreneurs would stow away on freight trains to get to supplier’s farms. During this time, there were also critical shortages of high quality coal. The burning of inferior substitutes produced massive amounts of odorless carbon monoxide gas. On March 2, 1944, the substantially overloaded locomotive No. 8017 stalled inside a steep tunnel. Its crew and passengers, including several hundred stowaways, were overcome by the fumes. The only survivors were those who happened to travel in the last few carriages that remained in the open air when the train stalled.

The most deadly railway accident in Soviet history occurred on June 4th, 1989. A leak in the LPG pipeline caused a massive amount of propane gas to settle in a gully between the towns of Asha and Ufa. When engineers noticed the drop in pressure, they simply increased the pressure to its normal levels instead of searching for possible leaks. At around 1:15, two trains carrying more than 1200 passengers, many of whom were children, passed each other. The sparks created by their passing ignited the highly flammable cloud and resulted in an explosion that could be seen from 95 miles away. The resulting fireball fanned out for 1 mile, leveled trees for 2.4 miles, and destroyed both trains. In 1915 the Mexican revolution was in full swing. President Venustiano Carranza ordered that the families of his troops be moved from to Guadalajara, his newly captured stronghold. On January 22 1915, the specially adapted train, with its 20 grossly overloaded cars, departed from Colima. It is said that the cars were so stuffed with humanity, passengers were even clinging to the undercarriages and roofs. While going down a steep descent, the engineer lost control of the train. The train kept on gathering speed as it negotiated its way down the tracks and finally plummeted into a deep ravine. Less than a third of its official passenger count survived the accident.

On June 6th 1981, during India’s monsoon season, a nine-car train that was carrying approximately 1,000 passengers plunged into the Baghmati River. The conditions that day were particularly rainy and windy, and the river’s water levels were far higher than normal. As the train neared the bridge that crosses over the river, a cow crossed the tracks. In his attempt to avoid hitting the cow, the engineer braked too hard, causing the carriages to slide on the wet tracks and derail into the water. Help was hours away, and most of the passengers had drowned or been swept away by the time rescue services arrived. More than 300 bodies were never recovered.

During WWI, a passenger train suffered brake failure whilst descending down a very steep bank close to Ciurea Station. The 26-carriage train carried refugees and wounded soldiers who were trying to flee the German advance. The engineers tried their best to slow the train, throwing it in reverse and operating the sanding equipment to increase the grip of the wheels, but the train only gathered speed. To prevent an accident with a second train at the bottom of the bank, the runaway train was switched onto a loop. Due to the high speed, the runaway train unfortunately derailed and caught fire, killing hundreds on board.

On December 12, 1917, almost 1,000 French soldiers were returning home for the Christmas season. Due to nationwide shortages in both equipment and locomotives, they were carried in two trains coupled together and pulled by only one engine. Of the train’s nineteen carriages, only the first three had automatic air brakes; the rest were hand braked or had none. While descending down the valley on the French side of the Alps, the driver applied the brakes, but the train continued gathering speed. As the brakes overheated, fires broke out under the carriages. After 4 miles, the first carriage derailed and the rest of the carriages slammed into it, all catching fire within minutes. Due to the intensity of the fire, only 425 bodies from the close to 1000 fatalities could be identified.

On December 26, 2004, a sea-floor earthquake northwest of Sumatra produced a gigantic tsunami that killed approximately 280,000 people. On that fateful day, the “Queen of the Sea” was packed with more than 1,500 passengers. The train was 217 yards from the shore when the first wave struck. The water immediately stopped the train. Local residents and passengers, thinking the train would be a safe haven, climbed on top of it and hid behind it. The second wave was much larger; it tore the train off its tracks and rolled the carriages until it came to a halt. Those not crushed by the train quickly drowned as they lay trapped inside the cars. Only a handful of passengers survived.