Now that we are well into the new Millennium society has begun to recognize serious concerns with issues that kids have to deal with today. Some issues have always been there but are now coming to the eyes of the public to find solutions. Other issues are new trends as society begins to adapt to a faster pace of life. Below are the top 10 issues facing our youth today. Add your suggestions to the comments. What do you think are the major issues facing the young people today?

The problems begin at home. Since the 1950s, the number of single parent homes has consistently increased to the point of catastrophe. Today, 14 million single parents are responsible for 28 million children. Raising a child is difficult enough in a two parent home, especially in tough economic conditions.

The situation is even direr when there is only one parent. Economically, a single parent is likely to bring less income home. This equates to fewer opportunities for such vital necessities as education. Trying to make ends meet also takes time – time that is spent away from children who need a parent’s guiding/influence. Absent a parent’s diligent guidance, children become subject to higher dropout rates, higher risk of dangerous sexual behaviors and pregnancies, higher chances of drug and alcohol abuse –etc. It truly takes a village to raise a child.

There was a time in cinematic history where virtually every actor/actress was portrayed on screen with a cigarette in hand. Smoking, it was implied, was cool. As a result everyone was doing it, including kids. Well, as awareness to the danger of smoking increased, “cool” images of smoking disappeared. Unfortunately, the same can’t be said about drugs and alcohol. These vices are staples in everyday media. Simply, drinking and using drugs is shown as being cool.

The numbers bear the tale. 21% of high school seniors say they get high and 41% of the same group report drinking alcohol. Our kids are literally moving around in an intoxicated daze. Immature behavior is then amplified due to being under the influence. Drunk driving, poor grades and attendance, anti-social and violent behavior and the list goes on.

8. Growing up too Fast

There was a time when kids enjoyed being kids. Today, even at the earliest of ages, children are partaking in adult activities with serious consequences. Similar to what we see with alcohol and drugs, sex is a very popular and portrayed subject matter. The movies, TV, the internet, essentially everywhere a kid turns he or she is bombarded with sexual suggestions.

In fact, there are entire TV series marketed directly to kids dealing with sex – the egregious being The Secret Lives of an American Teenager and Teen Mom, to name two. Music is a culprit as well. Songs have always had sexual innuendos, but at least “back in the day” you had to be old enough to understand them. Today, it’s all about “How low can you go” and “baby let me sex you up.” Kids are having sex as early as 10 and 11, with teen pregnancies increasingly on the rise. The concept of childhood is literally being wiped out. A child’s education is the foundation from which he or she will be able to go forth out into the world and build a life. Schools play a major role in this endeavor, and therefore it is reasonable to expect that these places of learning would be safe havens for the children while they are preparing for adulthood. Unfortunately, this is not always the case.

In many instances, especially in low income, urban settings, schools can be a war zone. We are not talking about minor bullying, but rather serious violence. Consider that in the last decade 284 kids were murdered due to school violence – these were shootings, stabbings, fighting and suicides. Growing up is tough enough without having to be worried about being killed while going to math class. 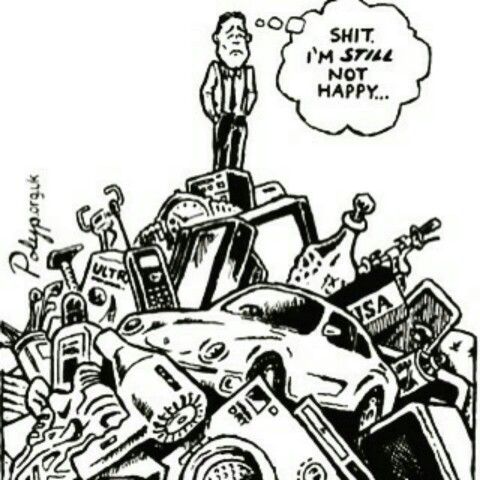 We live in a society that promotes materialism and so we perpetuate this particular malady by instilling bad habits into our children. We teach our children that the measure of success and happiness in life is how much stuff you have. Kids naturally want things –especially if their friends have something similar. Unfortunately, there seems to be little restraint on accompanying guidance as we go about this.

Essentially, we provide our kids with whatever they want that is within our financial ability to do so. The concept of “earning” what you get or the idea that something “you don’t need” seem to have been lost and discarded. Is there really any wonder why the average adult is $15,000 in debt at any given time? We have a mentality of getting what we want and when we want it that has been ingrained in us since childhood. The unfortunate result is that there are devastating consequences for such continued behavior later in life. 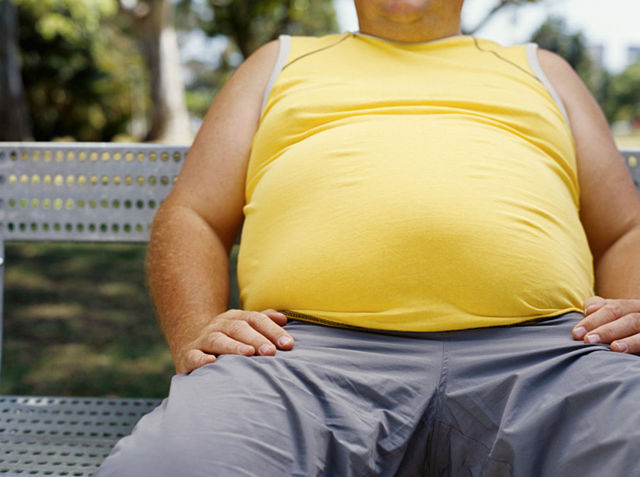 Our kids are fat and getting fatter. Recent numbers show that 20% of American children are obese. Not chubby –OBESE! Video games, TV, the internet and fast food are partly to blame. Kids are spending more time sitting in front of a TV/computer screen than running around outside. This sedentary lifestyle has consequences.

Socially, it’s no secret that overweight kids are going to be subject to ridicule from their peers – it’s sad, but nevertheless true. This can result in such issues as low self-esteem, depression, etc. Then there are the health concerns. High blood pressure, diabetes and other maladies that is associated with obesity. Psychologically and physically, obesity is an issue that can be resolved with a simple increase in activity and awareness. 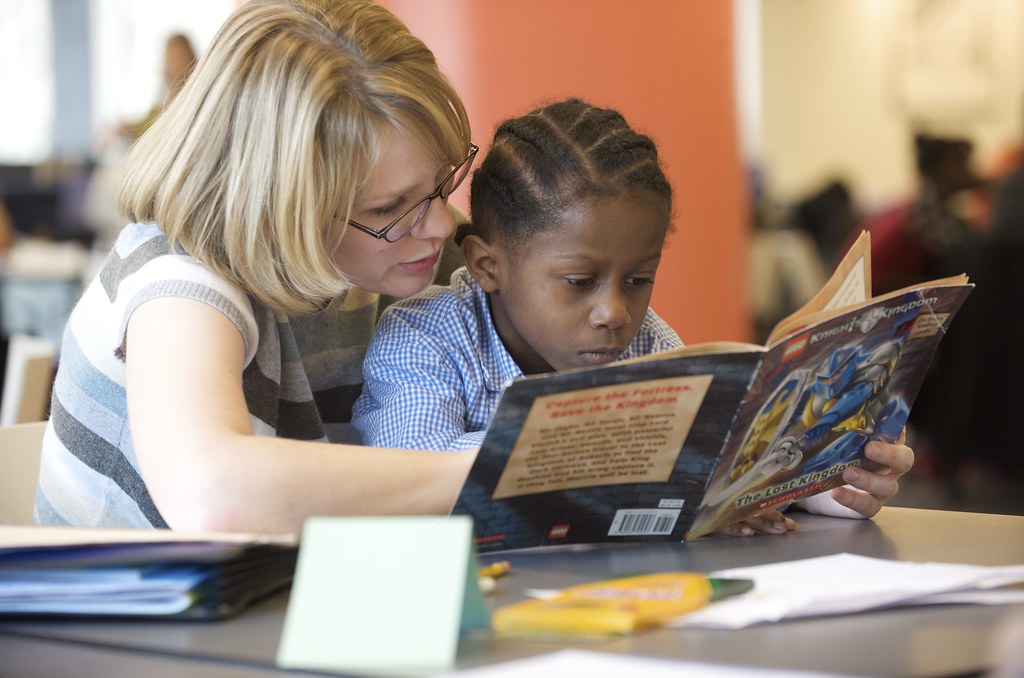 Education is important. Few people would dispute this well regarded fact. A good education (in comparison with a bad one) will provide a child with an increased chance of taking advantage of opportunities to be successful in life. Unfortunately, some people have it better than other. This is not an issue of just one school being better than another school. Rather we are talking about whole classes of American children being denied a proper education that will prepare them to compete in a job market with their peers and have the same access to the American Dream.

Disparity in educational quality is delineated by race and financial status. If you live in a poor neighborhood or are a minority, there is a good chance that the schools you attend are lacking many necessities. While Asians and Whites enjoy high graduating rates, African American and Latinos continue to lag behind. Not surprisingly, because job opportunities are lessen for dropouts, these two groups have the highest incarceration rates. 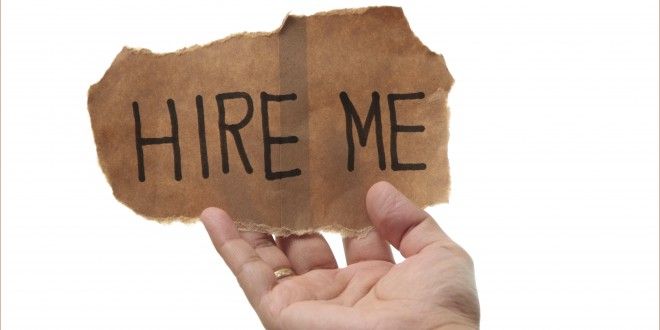 America used to sustain itself with making its own products through manufacturing and then turning around and selling those products. The economy is shifting to more of a service industry versus a manufacturing industry. In order to cut costs and keep product prices down companies are forced to outsource manufacturing to other countries. Other countries can produce products at much lower labor costs. Some companies have even begun to outsource call center jobs to keep labor costs down. Not only is America now having lower paying service jobs than the average blue-collar job with a sustainable income but our economy is now a global economy.

For example, what happens in Japan or Iraq can drastically alter prices for our stock exchanges, gas/oil, and many other products. What exactly does this mean for our youth? The youth cannot graduate or even dropout of school without going through the pains of a low-income job. The jobs offered with no experience pay very little with very little room for pay increases. In fact, the competition to get a promotion can be fierce. In the past, your high school senior could graduate and go work at the local factory for the rest of his or her life and make a good living. They would not necessarily need to have a college education to survive. In fact, youth today will graduate from college with multiple degrees and still cannot find work that pays enough to sustain a decent lifestyle. The federal poverty level is $22,050 for a family of four. This equates to 21% of all children (15 million children) are considered in poverty. Just to cover basic expenses for a family of four you would need to have a salary of $45,000. This means that nearly 50% of our children are living in poverty. Half of those kids receive no government assistance because their parents earned more than $22,050 that year. According to the National Center for Children in Poverty (NCCP), that poverty is the single greatest threat to children’s well-being.

Poverty impedes learning and contributes to social and behavioral problems. And guess what? There is no income to counteract these problems. Mommy cannot afford a tutor or Daddy cannot afford a counselor. There is a huge opportunity for society to stop being so materialistic and in turn poverty wouldn’t be such an issue because most children will all have the same things –things they need instead of what they want. This would decrease violence in schools because fewer kids would be teased. 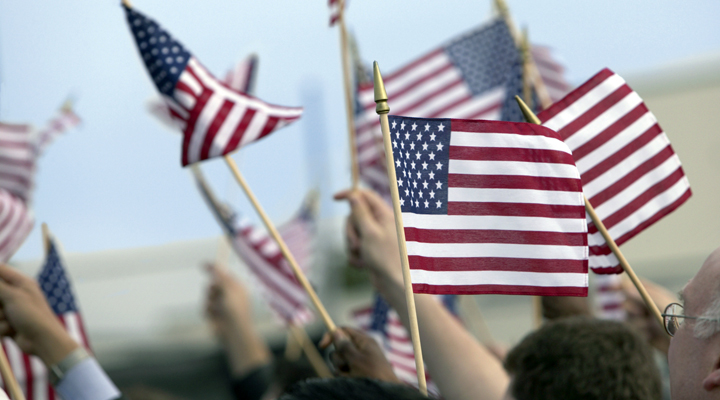 If every year the Olympics were held, this probably wouldn’t be a problem. This list is indicative of the fact that America (like any nation) has problems. The issue at hand is collective though amongst the people affected about how to deal with them. Unfortunately most folks tend to focus on their self and not the whole. We see these problems as affecting “them” and not “me/us” When we hear that America’s children are the fattest among Western nations, this doesn’t sting. When we learn that America’s children lay educationally behind other industrialized nations, we don’t cringe.

There is very little sense of collective identity of people, as Americans. This is a result of our children not being properly educated and guided. There was a time when every child would begin the school day by standing and reciting the Pledge of Allegiance. Children were taught the significance of the 4th of July (besides fireworks). These practices are long gone and so is our sense of common destiny. With so many diverse nationalities, races, and ethnic groups that comprise America, the one common bond we all have with one another is that we are Americans.

The Future Isn't All Bleak
Many children grow up just fine and here are some great children who are heroes. Or, take a look at some adults who were heroes during the Holocaust.
Other Articles you Might Like
Liked it? Take a second to support Toptenz.net on Patreon!