The Universe… The incredible difference in scale between the tiny world we live in every day and the vastness of all time and space begs the question of whether we will ever be able to grasp the fullness of the cosmos. But that doesn’t stop us from trying. In fact, contemplating the great unknowns must be one of the oldest hobbies in human experience. The pursuit has given rise first to religion, then to philosophy, then to people who make fun of religion and philosophy.

We may never understand the entire universe, but we can sure appreciate the fact that it’s so complex that it eludes us. 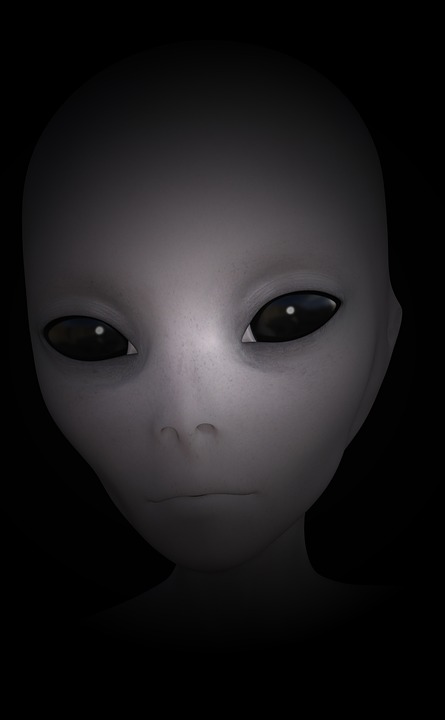 on them. Enrico Fermi, however, pointed out that if life is that common, then it is virtually impossible that we haven’t yet detected any signs of other intelligent life in the universe. So, the real mystery is this: what is it about Earth that makes no one want to play with us? 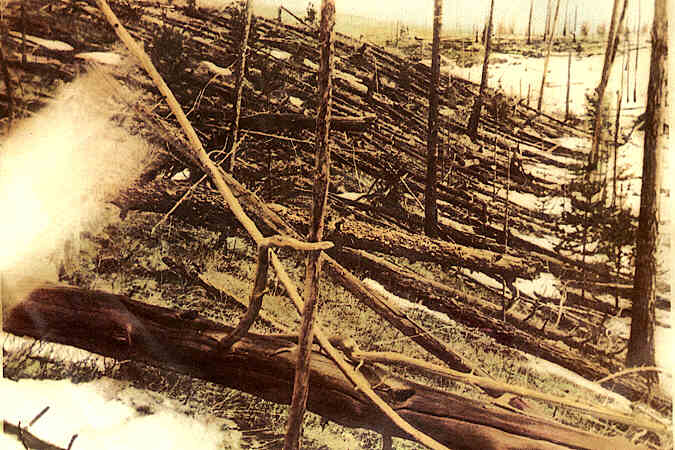 On the 30th of June, 1908 (or the 17th, at the time; the calendar has been revamped since then), at 7:17 am (local time), something exploded over a region of forest in the Tunguska River Valley in Siberia, Russia. Locals many miles away saw something bright blue streak toward the area and explode with incredible force, sufficient to register on instruments in England. Later examination of the site showed that trees had been knocked down in a radial pattern from a central point, indicating an air burst of some kind. To this day, scientists aren’t sure what it was, and generally figure that it was a meteor or a fragment of a comet. Why did it explode in the air? Why haven’t we found any pieces? The mystery has kept UFO aficionados up at nights since then.

Matter and antimatter are, in theory, created at the same time by the same event. When a normal baryonic particle is created, an antiparticle of the same mass and opposite charge is also created. However, while we have created antimatter in laboratories on Earth, we don’t see it in the universe around us. No one seems to know what happened to all the antimatter that should be there… 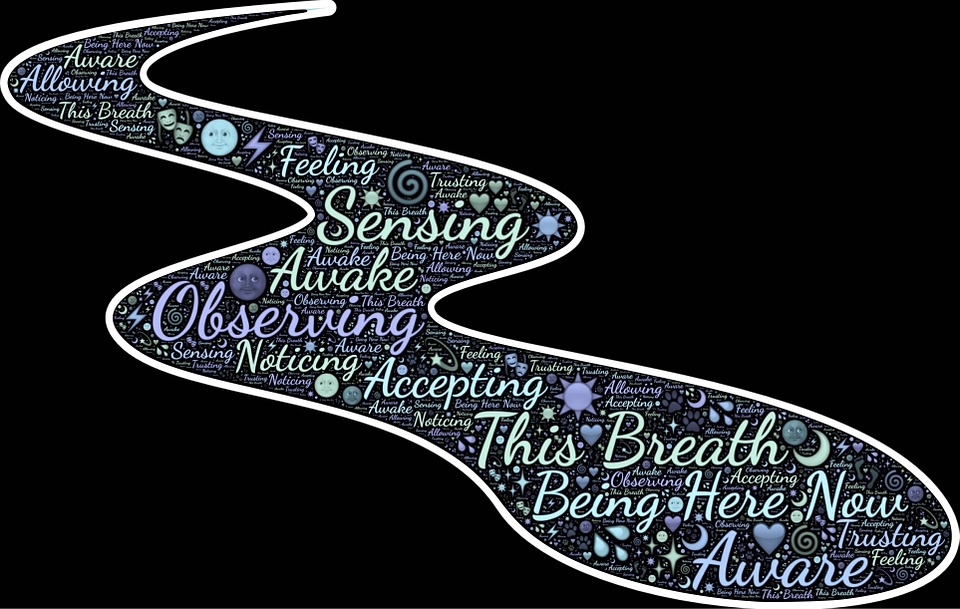 What is the mind? Behaviorists say that it is just conditioned responses. But it’s hard to deny that our ability to reflect on our own thoughts is something distinct and interesting. Is it a mere side-effect of the way our brains work? If so, how long will it be before a computer becomes self-aware and asks for equal rights? How can you tell true consciousness from something designed to simulate it? Can consciousness survive the death of the brain that carries it? There are a lot of questions, but until we can have an equal conversation with either a robot or a ghost, there really won’t be any answers. 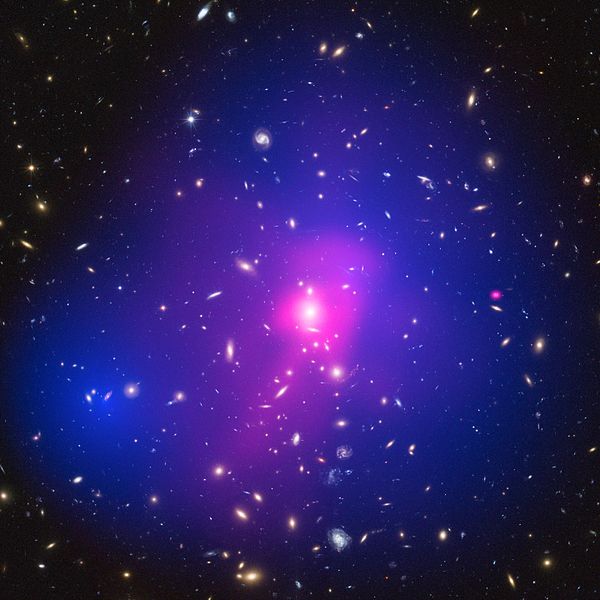 Current models of the universe, and observations made by high-tech instruments, point to there being an enormous amount of matter in the universe beyond what we can actually see. In fact, we can only seem to perceive about 4% of the stuff in the universe directly. The rest is invisible, or “dark matter,” a term that just means that we have no idea what it is. Accompanying this dark matter is some type of energy that, like dark matter, we can’t perceive directly. We call this, in a moment of inspiration, “dark energy.” Apparently, there’s even more of this than there is dark matter. Different theories abound, but perhaps, as mentioned in #10 above, most of the universe is just avoiding us.

You think you know what time is? Okay, try defining it without using any terms that rely on time. Time is… well, it’s time. It’s what keeps every event from happening simultaneously, and it’s what distinguishes something that happened in the past from something that will happen in the future. Is it a dimension, like space? Is it a quality of matter? Is it merely an illusion, possibly created to boost sales of digital watches? The smartest guys in the world get headaches from this one.

4. The Beginning of the Universe

How did the universe begin? Did the universe ever begin? If the universe includes everything that we know, including time, could there possibly even be a “before” before the beginning of the universe. Current theories generally talk about a “Big Bang,” which is a massive expansion of all matter and energy from a single point, which is still continuing through the present day. What started the bang? Where did all the energy and matter come from? Are these questions even meaningful? What about creationism, if that is for you? If God created the universe and all the physical laws in it, what is he doing now that it is running itself?

3. End of the Universe Following the question of the end of the universe is the question of the end of the universe. Opinions vary on whether we can expect the universe to ever expire. There are several possibilities. One is that the universe will continue to expand, and eventually become so spread out that all matter and energy is just a homogeneous cloud of thin, lukewarm dust. Another is that gravity will eventually catch up with all the matter, and the universe will slow down and fall back into a single point, which may spark another big bang. Yet another theory notes that baryons and protons, the building blocks of matter, don’t seem to be being created naturally anymore, and if they decay (as some other particles do), the universe will simply fade out as all the particles just cease to be. In general, nothing untoward is expected to happen to the universe for many billion years, which will probably be a relief to those with long-range investments.

Current quantum physics raises the possibility that there are many universes besides our own, existing in the same space and time, but only interacting in certain limited ways. These universes may have their own separate histories and futures, and even their own laws of physics. This is all vague theory for the moment, but some day it may be possible to travel to the universe where your favorite singer won American Idol or visit with evil Spock. 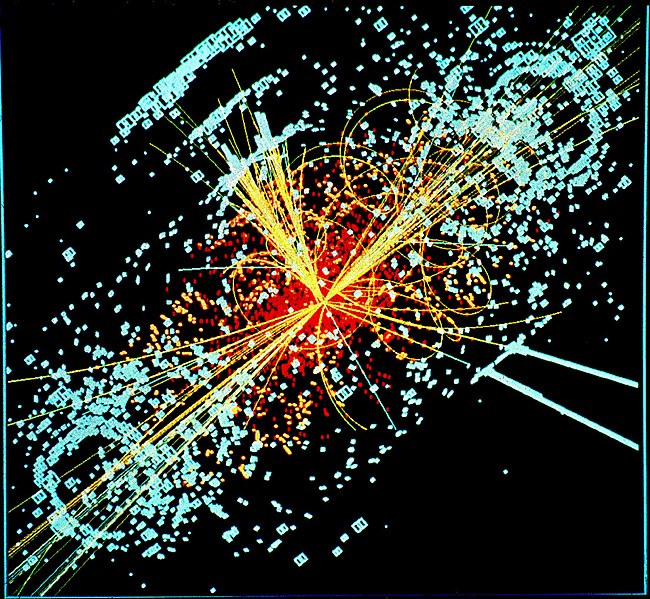 For decades, physicists have been trying to make sense of the difference between Isaac Newton’s classical physics (you know, what you use to play pool) Einstein‘s relativistic physics, that involve very large or massive things at enormous velocities, and Heisenberg’s (and others’) quantum physics, which concerns things so small that you can’t even measure them without changing the result. These three sets of physical laws seem to play by their own rules, largely ignoring each other, and yet they all relate to the same universe. And so physicists have hunted for the Grand Unification Theory, which would substitute for all of these incomplete sets of laws and make sense of it all. Perhaps it doesn’t exist. Or perhaps it’s just too complex for human minds to grasp. One way or the other, it’s going to keep scientists arguing for some time to come.