As humans, we all like to hear inspiring and uplifting things, especially in times of economic woes and downfalls. In today’s world, I think a rag to riches story would easily inspire people to continue to fight through hard times.

Rags to riches stories are most definitely inspiring. Even if you’re one of those people who doesn’t dream of extreme wealth, these stories are able to show just how far determination, confidence, and perseverance can get you in life, no matter if you start from the very bottom. Here are the top ten rags to riches.

Rockefeller was born in Richford, New York and was one of six children. His father was a traveling salesman and was a foe of conventional morality. Throughout much of his life, Rockefeller’s father tried to find tricks and schemes he could use in order to avoid hard work, or any work at all. John’s mom struggled a lot in order to keep stability in the home, especially when her husband was gone for weeks at a time. Rockefeller’s family soon moved to Moravia and then to Owego. John went through school and got a job as a bookkeeper where he made about $50 in three months. In 1859, Rockefeller decided to produce business with a friend named Maurice B. Clark. The two established a firm and built an oil refinery. The refinery was run buy two other men, but soon after, Rockefeller bought out the Clark bothers’ firm and renamed it Rockefeller & Andrews. Soon his brother also bought into the oil business. By the end of it all, Rockefeller was able to find the Standard Oil Company and became the world’s first billionaire.

Born in the Bronx, New York, Murray’s life started off on a bad note. She was born to HIV-infected, drug-addicted, poor parents that were not able to provide for her. At nine years old, Murray found herself and her family living in an extremely dirty apartment. At the young age of 16, Murray was left alone once her mother died of AIDS. Her father also abandoned her, moving to a homeless shelter. She went to high school, but often found herself sleeping in subways, park benches, or at a friend’s home. Without a great education, Murray was able to graduate in only two years and was able to attend Harvard. Today, Liz is an inspirational speaker who speaks out about determination and how no matter how hard life is, you have to move on and continue to work your way through the battles. Many movies have been created about her life. 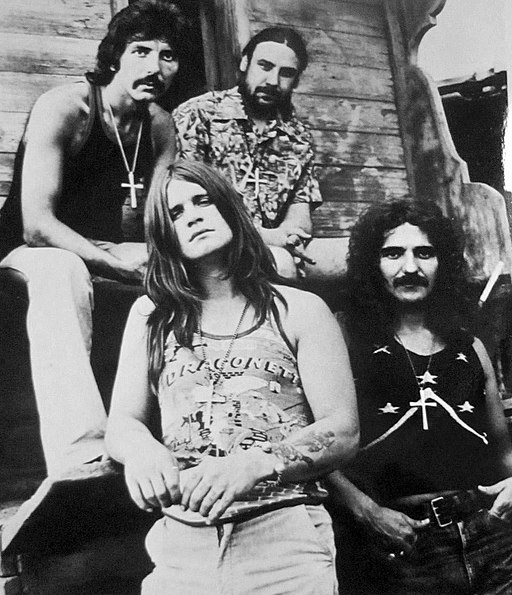 Osbourne was born in Aston, Birmingham, U.K. His father was a toolmaker and his mother worked for car components. His parents worked hard each day in order to support Ozzy and his five siblings. Osbourne didn’t do well at school because he was said to be dyslexic. Because of this, Ozzy looked towards extracurricular activities, such as music and plays. At 15, Ozzy dropped out of school and became a construction site laborer. He switched jobs between being a plumber, toolmaker, slaughterhouse worker, and then a car factory worker. Osbourne sometimes got into trouble and was accused of burglary of a clothing store. He was not able to pay the fine so he spent time in prison. Eventually, Osbourne would go on to become the singer of a local band, and many would recognize his talent. Soon enough with the help of friends, Ozzy was able to create his own band, Black Sabbath. Throughout his lifetime, Ozzy has struggled with alcoholism and drug abuse. He has been banned from certain cities, arrested many times, and even abused his wife, Sharon. However, he has still been able to produce nine studio albums, three live albums, and many singles that were able to top charts. 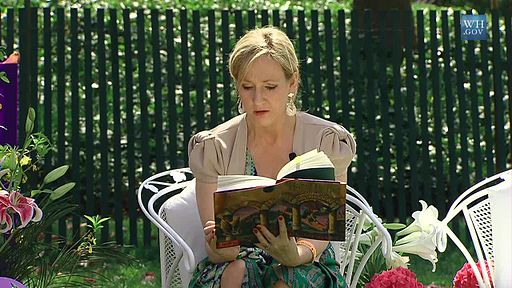 Rowling was born in Yate, Gloucestershire, England, which is near Bristol. She attended school and found her love for writing fantasy stories. She would often write stories and tell them to her sister. Rowling moved from village to village many times and often traveled. In December of 1990, Rowling’s mother died, and she moved to Porto, Portugal in order to teach English as a foreign language. Before her mother’s death, Rowling had already begun writing her famous Harry Potter novel. In Portugal, Rowling married, but the couple separated in 1993. However, she did have a daughter and the two moved to Endinburgh, Scotland. During this time, Rowling was diagnosed with clinical depression and often contemplated suicide. She was unemployed and living on welfare. She was able to write and complete her first novel by going to several different cafés. Today, J.K. Rowling is worth about $1.1 billion and has been able to sell over 400 million books.

Richard Branson was born to a decent family in Blackheath, London. He had two parents and a grandfather that was the Judge of the High Court of Justice. He received a good education, but he didn’t do well in school. Instead of focusing on school, Branson decided to put a lot of his time into growing Christmas trees and raising budgerigars. However, both of these projects failed. At 16, Branson was able to publish a magazine and then set up a record mail-order business. In 1972, he was able to open several record stores, which he called Virgin Records. In the 1980s, his record stores were able to flourish. Branson created the Virgin Atlantic Airwaves while expanding Virgin Records, which became a music label. After starting off a poor student and not having the greatest potential in life, Branson is now the 245th richest person in the world. 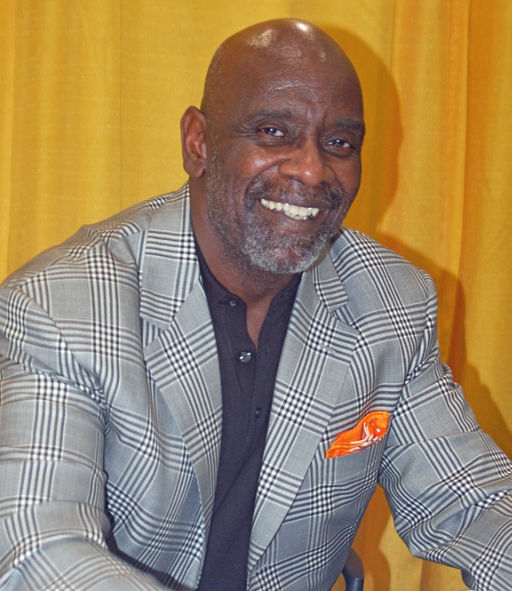 Chris grew up without knowing his real father. His mother married a man who completely ruined his and his mother’s life. He was chased out of his home and had nowhere to go, so he enlisted in the Navy. He soon became a medical supplies salesman, got married, and had a child. However, the medical supplies industry was changing, and Chris needed to find a new source of income. He was able to find interest in stock broking, after seeing a stock broker with a Ferrari. At this time, Chris had no money and his wife was gone. His son proved to be his motivation, even though the two slept in subway station bathrooms. Chris was able to pass a licensing exam and received a job at Bear Sterns. Here he’d make cold calls to get clients. By 1987, things had turned around for Chris. He had a home and was making money. In the same year, he was able to start his brokerage firm called Gardner Rich & Co.

Wayne was born in Chicago, Illinois. In his early teens, Wayne and his family moved to Florida, but he soon realized that his father was not the male figure he should look up to. He abused his wife, but the move to Florida was made in hopes to keep the marriage from divorce. However, Wayne’s dad did not change, and he continuously abused his family. Wayne went to high school and afterward moved back to Chicago to go to college, but he soon dropped out. He then signed up to be part of the Army reserves and trained. After training he went back to Florida, bought a truck, and began taking garbage out of his county. Eventually, the one garbage truck he had purchased grew into a highly successful business. It ran all throughout Southern Florida and soon became known as Waste Management Inc. Soon enough, Wayne’s company was known all over the U.S. Wayne also purchased Blockbuster stores, which became a huge success, and eventually merged it with Viacom. Throughout his lifetime, Wayne has been able to find three Fortune 500 Companies. 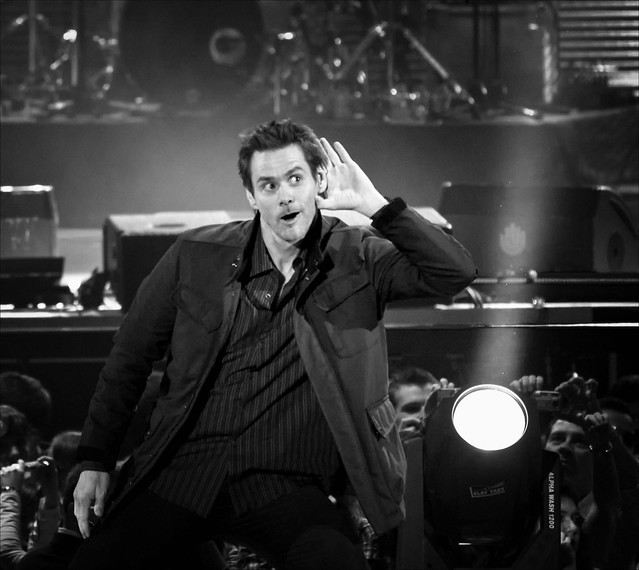 Jim Carrey was born in Ontario, Canada. At first, Jim’s family was doing just fine. His father worked as an accountant, but as Jim got older, his family’s situation deteriorated. His family had to move to Scarborough and they all worked at the Titan Wheels Factory. Jim had to work eight hours a day and attend school. Still, it was very hard to keep the family stable. After moving out of the factory to new jobs, the family found themselves living in a camper van. Eventually, Jim had the courage to stand up and decide to act on his dream of being a comedian. He did stand-up routines and loved it, so much he dropped out of high school. Jim was able to land gigs and eventually got a part on a sitcom called The Duck Factory. He also became part of the In Living Color cast. This was a hit for him and he has since been able to play important roles in movies such as The Mask and Ace Ventura. Today he is one of the most highly paid comedians.

Though Andrew Carnegie proved to be one of the titans of the industrial age, he was once a poor boy from Scotland. His father was a hand loom weaver, but once the industrialization of society reached Scotland, his father’s work was no longer needed. For years, his family had tough times to make ends meet, so they decided to start anew and move to America. At thirteen, Andrew and his family moved to America and he got a job at a cotton mill. He was working twelve hour days, six days a week. Eventually Andrew got a job as a telegraph messenger. Because of his great work ethic, someone from the Pennsylvania Railroad Company offered him a job, which allowed him to earn more money and make his way up the corporate ladder. He soon started investing in railroad companies, and then hit the jackpot by investing in the steel industry. His investments would allow him to have his own steel company, which was able to bring 120 billion to his wallet.

Oprah’s rag to riches story is probably one that you have heard or know about fairly well. Oprah was born to unwed teenage patents in Mississippi. Once she was born, the two teenagers ended their relationship. Oprah was raised by her grandmother who was poor and wasn’t able to give her much, but she did teach Oprah how to read before age three. When Oprah turned six she relocated to the city of Milwaukee to live with her mother. During this time she still didn’t have much, but she was doing great academically. Oprah became rebellious and ran away from home, so her mother sent her to live with her father in Tennessee. She continued to be a great student and was able to impress many. She went from a radio host to a news anchor, and then to a television host. Today, she has her own television show and channel, as well as a magazine.