Throughout history, a nation or empire is only as strong as its military forces. Growth and power have been predicated on the strength of your finest soldiers, and their ability to prove victorious on the battlefield. Even among the finest soldiers in history, some stand above the rest. These are some of the most fearsome and legendary groups of warriors the world has ever seen. 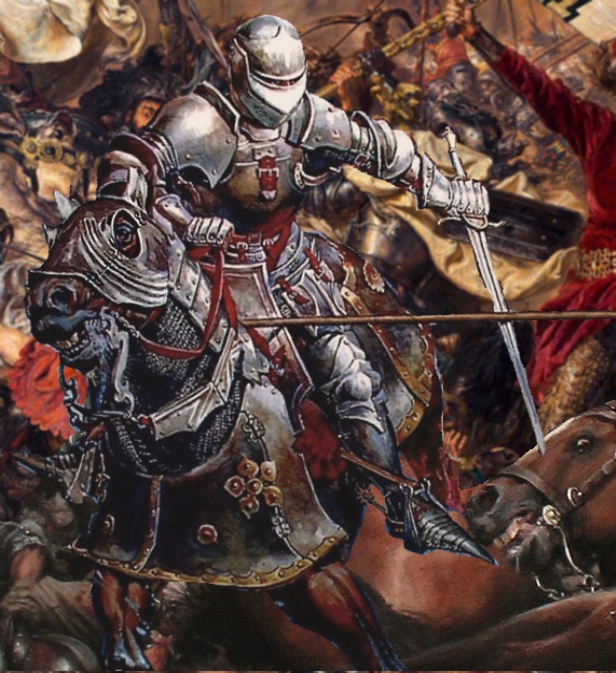 The first knights appeared during the reign of Charlemagne in the 8th century. By the ninth century, many knights and nobles held estates (fiefs) granted by greater lords, in return for military and other services. In some nations, the knight returned to foot combat in the 14th century. But the association of the knight with mounted combat, armed with a spear, and later a lance, remained a strong one. Medieval knights, or medieval mounted nobility, also varied significantly depending on which part of the Middle Ages we are talking about.

A Norman knight during the battle of Hastings, a knight templar in the Holy Land, and a late medieval, full plate armored knight would be very different in equipment. In Europe, plate armor reached its peak in the late 15th and early 16th centuries, with the development of full plate armor. This divided into the gothic southern German style, and the white northern Italian armor style. An actual English style of armor was probably also present, being independent of the two main continental styles. The weapons of a knight were his lance, his pole arms, his blunt weapons, and, although considered a secondary weapon on the battlefield, his sword. 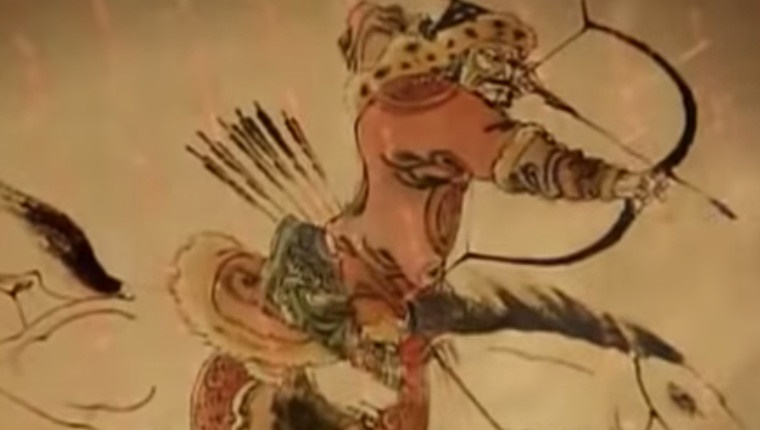 Mongolian horse archers sprouted from tribes of nomads who derived their sustenance from herds of cattle, sheep, and goats, which they followed from one grazing ground on to the next. Differently from the littoral (meaning by the shore), permanent settlement society, Eurasia saw entire peoples living in temporary structures. These nomadic men lived most of their lives on horseback, until their horses became virtual extensions of themselves.

Their cavalry archer units were equipped with bows made of a layer of sinew on the back, and a layer of horn on the inner surface, with a frame of wood in the middle. These bows could pull well over 100 pounds but they were short, so they could be used from horseback, allowing these troops to remain highly mobile. 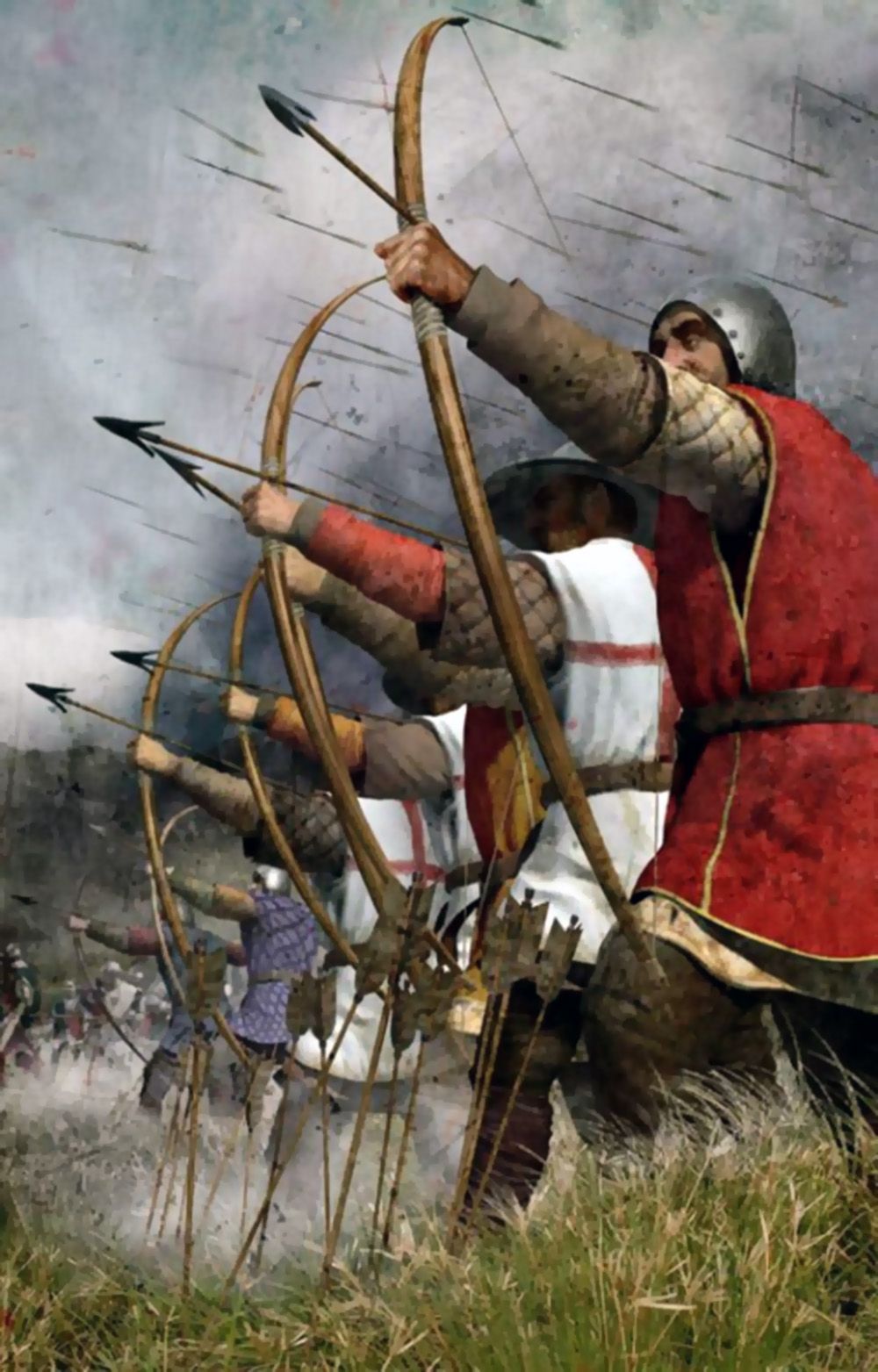 After a march of 17 days from Harfleur, almost around the headwaters of the river Somme, the 28-year-old King Henry V of England set up his camp in the fields and orchards of Maisoncelles near Agincourt. The Battle of Agincourt is the most famous example of longbowmen put into action. In pitched battle (an encounter on a prearranged battleground), the danger posed by English longbowmen was well known.

There are many different opinions on the draw weight of a medieval longbow. It’s been estimated from 90-110 pounds-force, although other sources suggest significantly higher draw weights in the 150-160 pounds-force range. What is sure is that the English longbow was a very powerful weapon, and the archer was a professional soldier who needed to be trained specifically to develop the strength and ability necessary to use his weapon.

The Englishman did not keep his left hand steady, and draw his bow with his right. Instead, he kept his right at rest upon the nerve, and pressed the whole weight of his body into the horns of his bow. Hence probably arose the phrase “bending the bow,” and the French of “drawing” one. 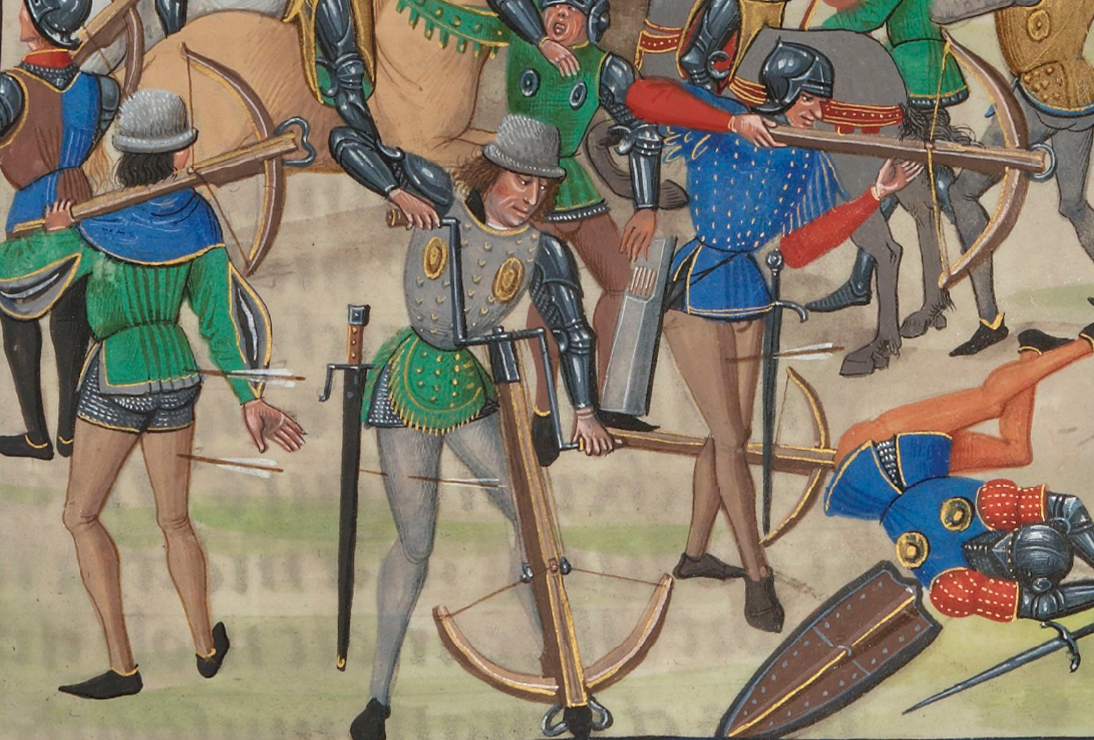 The Balestrieri Genovesi (Italian) were a famous military corps of the Republic of Genoa. They acted as mercenaries for both foreign powers and other Italian powers. The Genoese were famous not only because they were skilled professionals, but also because they were widely available in relatively large numbers. The high numbers of professional crossbowmen seems to have been a result of the city of Genoa’s naval capacity.

Galleys, under Genoese law, were legally required to have specific numbers of crossbowmen on board. Of course, the existence of such a law doesn’t guarantee that it was always followed to the letter, but there’s no doubting that the use of the crossbow was linked to the city’s naval and mercantile success. They carried large pavise shields (scudo pavese, in Italian). Operating a crossbow was easier than a longbow, because they take less raw strength. But loading a medieval crossbow should still not be considered an easy task.

Sparta was one of the dominant military city-states of ancient Greece. What made this city-state different from the others was its complete focus on extreme military training. Like other Greek city-states, the Spartans used phalanx warfare to engage the enemy in battle. However, the Spartan phalanx was considered to be among the best in battle because of this intense training system.

Spartan warriors were certainly highly trained soldiers. But in the ancient world, Sparta was admired as much for its constitution, its system of education, its philosophical culture, its economic self- sufficiency, its diplomacy, and its music and dance as it was for its famous hoplites. Ancient Sparta was far more complex and multifaceted. Plutarch claimed that “devotion to the intellect is more characteristic of Sparta than love of physical exercise,” while they’ve also been categorized as warrior philosophers.

The Immortals were an army of 10,000 heavy infantry, who were both the Imperial Guard and the standing army during the expansion of the Persian Empire and the Greco-Persian Wars. They were the elite force of the first Persian Empire. Being chosen to become an Immortal was a great honor. Herodotus gave the name “Immortals” to them, and we owe most of the historical knowledge we have about these elite warriors to his writings.

The name Immortal was given to them because when a member of the 10,000-strong force was killed or wounded, someone else immediately replaced him. Thus from an outsider’s perspective, it would appear that each member of the infantry was ‘immortal’, and their replacement may have represented a resurrection of sorts.

They were sophisticated, well equipped; their armor glittering with gold. As described by Herodotus, their armament included wicker shields, short spears, swords or large daggers, and bows and arrows. They also wore a special headdress, believed to have been a Persian tiara.

Maori warriors’ bravery and savageness were legendary. The Maori fighting unit was called a hapu. A hapu rarely consisted of more than a few hundred warriors, often numbering less than 100. Most of the warriors were men, but women were also known to fight. Often, several hapu joined forces in battle. A chief usually led the warriors.

Maori warriors usually attacked at dawn. They were experts in the art of ambush and surprise raids. They could appear and disappear swiftly and noiselessly into the thick New Zealand, natural rainforest environment. Their equipment consisted of:

Wahaika: A short, flat club usually made from wood, bone, or greenstone.

Taiaha: The favored weapon on the battlefield, the notches on the weapons’?sides are for catching the opponents’ weapon. With the right flick and twist of the wrist, the opponent could be disarmed. The Vikings were Norse navigators, seafarers, and sea-borne raiders. Norse military, mercantilism, and demographic expansion constituted an important element in early medieval history. Current popular representations of the Vikings are typically based on cultural clichés and stereotypes, but the original Vikings were not professional privateers or full-time soldiers – or, at least, not at first.

Originally, they were full-time fishermen and farmers who spent much of the year at home. Only in the summer would they have rallied to the call of a local leader and ventured across the sea to raid, trade, or seek out new lands to settle.

It’s very important to note that the word ‘Viking’ does not refer to a race, per se. It refers to those Norse people who would go on a Viking – meaning an expedition overseas. The typical equipment of a Viking would consist of a spear (their most common weapon), a shield, an axe, and a sword, and their most typical armor would be mail armor. 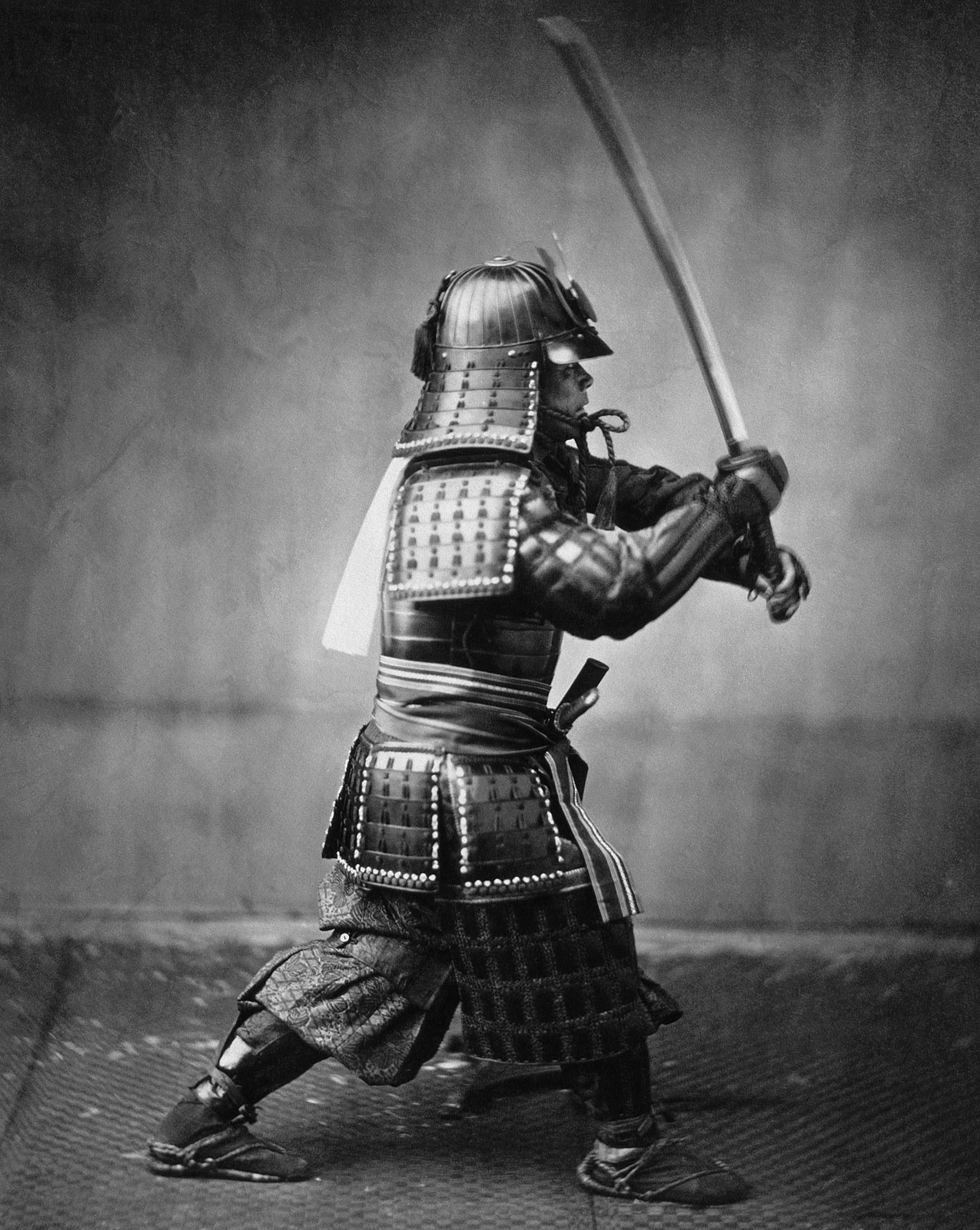 Samurai were the elite warriors of Feudal Japan, associated with the middle and upper echelons of the warrior class, called bushi. Differently from popular belief, although they were also trained in sword combat, their weapons of choice on the battlefield were the bow (yumi) and the spear (yari). After trading with the Prortuguese, they also used matchlock type arquebus (tanegashima teppo). An arquebus was an early firearm.

Samurai were originally mounted warriors, who years later would also be deployed as foot soldiers. In the 7th century, the Japanese wore a form of lamellar armor, which would eventually evolve into the samurai armor called ‘yoroi’. Yoroi were rather heavy to wear because of the fact the weight mostly hung from the shoulders. But in the 1500s, with the advent of firearms, a new type of samurai armor called ‘tosei gusoku’ was created. It was lighter and tapered at the waist, which allowed for quicker action in combat.

As far as the Heian Period is concerned, those who would fight on the battleground were called samurai. In other words, there was always a high demand for strong and proficient warriors regardless of their social status or role on the battlefield. During that period, anyone could become a samurai.

The figure of the Roman soldier, or ‘legionarius‘, wearing his lorica segmentata is one of the most iconic symbols of ancient warfare. Their equipment and role varied depending on the era, for instance as a republican soldier or an imperial soldier. A late imperial soldier’s weapons and armors would have varied significantly, from the early Clipeus (a Greek-like shield) and hasta (spear), to the famous scutum and gladius.

Their discipline and ability to fight effectively in tight formation are legendary. Particularly, the post-Marian reform professional heavy infantrymen were highly trained soldiers. They could march, fight, build, and scout enemy territory. They enlisted in a legion for 25 years of service, and had to be Roman citizens to be able to do so.