We often check out sci-fi movies and books for ideas on what future tech could look like – anything from Marty McFly’s hoverboard to Luke Skywalker’s lightsaber – but what we don’t realize is that there are so many amazing gadgets and gizmos already around us. Every year, genius minds come up with fantastic ideas that have the potential to be game-changers. Sure, some ideas may fall flat, but for every weird and wacky item, there is a genuinely cool piece of technology that we humans could be using for many years into the future. Let’s take a look at 10 items that seem from the year 3017, but are actually coming very soon or available now.

Sure, drones can record incredible footage from the sky, but what if you want to explore another vast and open area: the ocean. That’s why the Powerway underwater drone looks to be hugely popular, as it will be able to be controlled underwater to depths of 98 feet (30 meters). The little submarine-esque item can record 4K video and stream it to your phone, which is not only fascinating to the average seagoer, but also useful for fishermen. A sonar function is available which can apparently detect fish from up to 131 feet away (40 meters) and baits them with the help of a blue light. This makes us think that fishing doesn’t sound so hard after all!

Snapchat is already one of the most popular apps in the world, and now the company behind it all, Snap Inc., has now released their very own physical product: Spectacles. These record 10-second clips at the press of a button, which can then be uploaded to your Snapchat account. These sound useful, as you can have your phone in your pocket but still be able to record things from your POV, and they are stylish enough to be worn outside (unlike Google Glasses, RIP). However, there has been some discussion about privacy concerns regarding the Spectacles, as the thought that someone could be taking a video without your knowledge or approval is a real issue among people today.

LeEco has created smart bikes that contain some very useful improvements to your regular bike. There is a 4-inch touchscreen attached to the frame, which can provide you with on-screen directions and riding stats, as well as a compass, speedometer and barometer. There’s also some lasers attached to the handlebars, which create a virtual lane in front of you, which is kind of cool. There will be two types available for LeEco’s smart bikes: a road version and an all-terrain version. What’s great is that the smart bike doesn’t look so much different from the bikes of today, thereby reducing the risk of theft as it’s not over-the-top and ostentatious.

This is perhaps the most high-tech bed on the market. The 360 smart bed is said to adjust to your ideal level of firmness and support, as you can control all settings relating to comfort. What’s really fun is that if the bed senses you snoring, it will gently raise the head section to (hopefully) prevent it for the rest of the night. Sleep Number’s bed can also warm your feet, which is said to help induce sleep much faster. In the morning, you’ll get sleep statistics sent to your phone, which means getting good sleep is now training of sorts.

6. The Core by Norton

The Core is not only a modern router for the home, but also a very stylish and futuristic-looking item – exactly what we want! But it’s more than a pretty sight, as the router contains security features that are said to prevent hackers, malware, and viruses from ever getting into any item with an Internet connection. As we have smartphones, laptops, tablets, and even fridges connected to the web, this is a big advantage in a world where cybercrime is a prevalent threat.

5. U connected shower system by Moen

This is something we’re really excited about, as getting the perfect shower temperature every morning seems to take way longer than we’d like. From your smartphone, you’ll be able to pre-heat the water temperature before you even get in, as well as setting a time limit to turn off the shower so you don’t spend ages in there and end up late for work (easy to do on a Monday morning). This device could also help in drought areas, as there’s no need to waste water as you wait for the perfect temperature – it happens instantly. 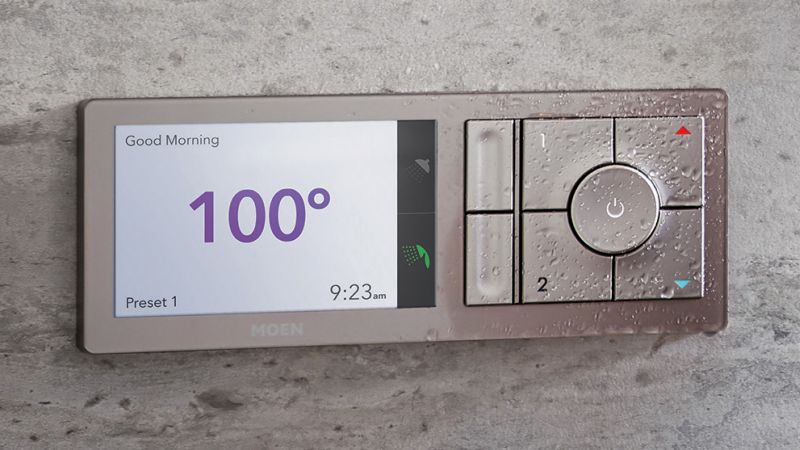 Everyone loves to get two things done at once, so that’s why 4moms made the moxi. The stroller doesn’t just get your child from A to B, but can charge your phone whilst doing so. Using kinetic energy, you can ditch regular old electricity to keep your phone from running low. There are additional great features of the stroller too, like an LCD dashboard that shows various data, headlights and taillights, and a fully adjustable seat and handlebars.

Not a company to dwell in the past, Polaroid has gone full 21st century by creating their Pop instaprint camera. Able to print 3″ x 4″ prints on-the-go, the camera gives you those instant memories but in a much more modern and sleeker design. The Pop from Polaroid can also shoot 1080p HD videos, making it the ultimate party or travel item. The notion of printing out photos has died somewhat, as most of our pictures tend to stay on our phones or computers, but the Pop camera bridges the gap between digital image and handheld photo.

Have you ever wanted to feel what the material is like of a shirt when shopping online? Well, Tanvas can make that possible with their touchscreen technology. Tanvas has partnered with apparel company Bonobos, so you can know how smooth or rough those pants are before purchasing. It remains to be seen about what other applications this technology from Tanvas can be used for, but for the meantime, this could be very useful for online shoppers who want to go that extra mile.

Move over Alexa, there’s a new voice-operated home gizmo in town. Hello Egg’s device is specifically made for the kitchen, where it will assist you in planning meal ideas for the week, as well as keeping your shopping list organized and shouting out instructions for when you eventually start cooking. We really love this idea, as it can be often confusing to cook a new meal with only written instructions, but thankfully Hello Egg’s assistant has the option to show videos too, in addition to voice directions. No more burnt meals! 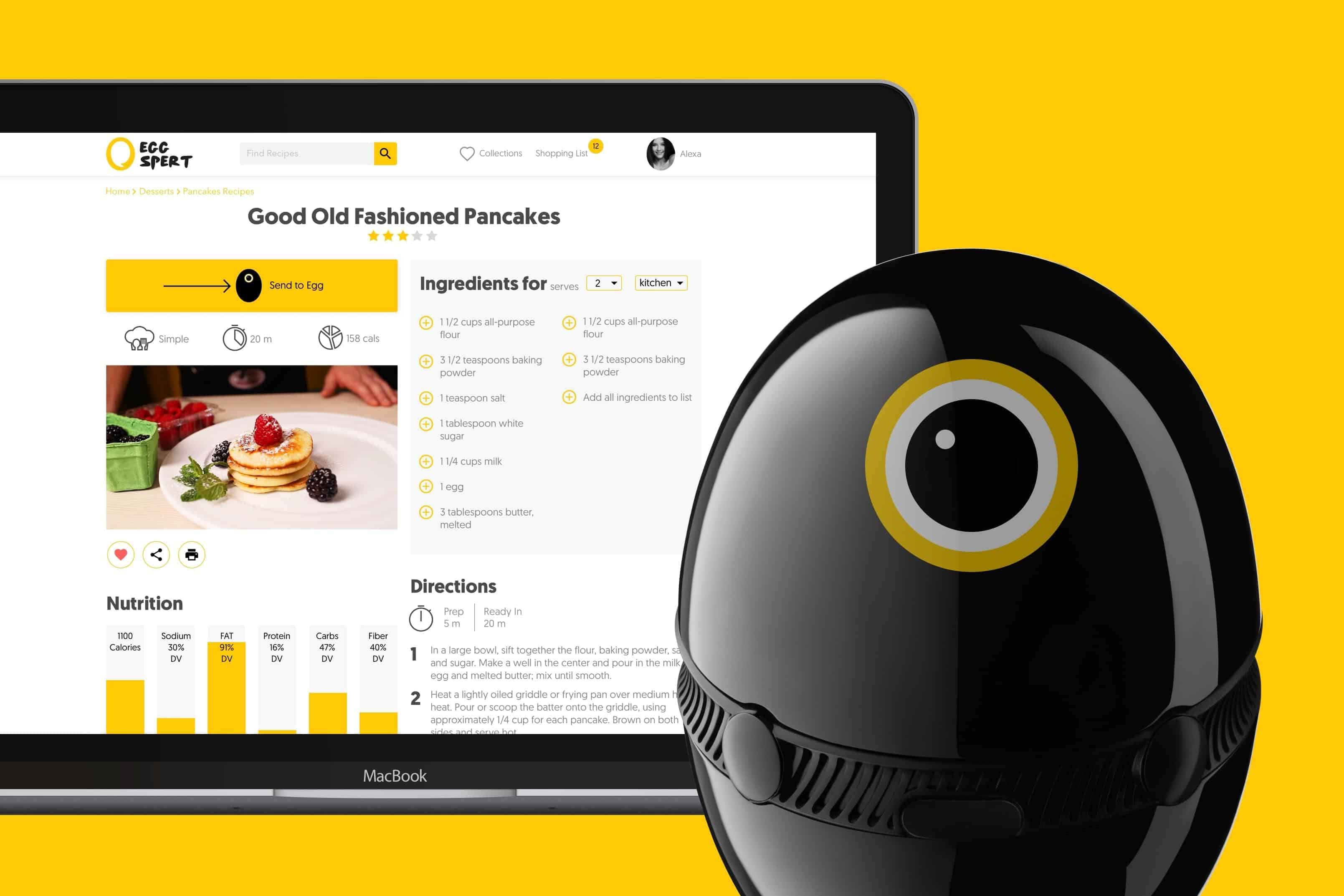 We can’t wait to see what the coming years will hold for things like gaming and even space exploration, but there is bound to be so many more great gadgets out there. Keep checking our site to make sure you don’t miss the chance to find out about all the cool future tech.

Previous ArticleWhat Would Happen if Aliens Landed on Earth?
Next Article 10 Infamous American Assassins (Who Are Still Alive)