What with the pro-legalization movement gaining ground in the US and Latin America, it can feel like the war on drugs is almost at an end. And maybe it is…if you happen to live in Uruguay or Colorado. Look to some other parts of the world, though, and it’s clear that drugs are still unwelcome. Get caught using in any of these countries, and your punishment will be less a slap on the wrist, and more a karate-chop to the face. 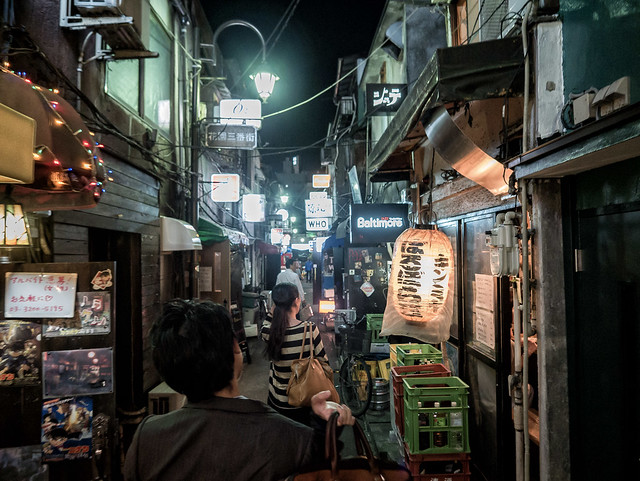 Japan is rich, urbanized, technologically-impressive and in thrall to Western culture. That doesn’t mean they agree with our hippy-liberal pro-pot crusades. Japan’s attitude towards drugs is enough to make even the most diehard Republican faint.

For starters, the list of things Japan considers ‘recreational drugs’ is waaay longer than ours. Anti-allergy medicines, decongestants and over-the-counter painkillers are all considered as immoral as ecstasy and heroin. Accidentally bring some into the country and you’ll be facing a long prison term. Random screening is also a reality – and not just at work. Police have been known to stop tourists outside bars and demand an immediate urine sample. Given how terrifying Japan’s police are, you’ll probably be pissing yourself anyway.

Japan may be polite and nice, but its police are brutal. Suspects can be held without bail, a phone call or a lawyer for 30 days, and are frequently tortured through sleep deprivation and verbal abuse into signing confessions. Once you sign a confession, even a false one, that’s it. Japan’s conviction rate is around 99.9 percent. You get before a court on a drugs charge, and you’ll be going down for years.

From the outside, Vietnam’s drugs policies seem almost progressive. While its trigger-happy neighbors frequently execute drug offenders, Vietnam instead sends them to rehabilitation centers. Sounds kind of relaxing, doesn’t it? Like the sort of place you might bump into Charlie Sheen. Well, hang onto that image, because we’re about to brutally pull the rug from under you.

In Vietnam ‘rehabilitation center’ is basically a code word for ‘forced labor camp’. Addicts are detained in these hell holes with no release dates, and nothing to do except mind-numbing work making products for international companies. Refuse to work for free, and you’ll receive a beating so severe labor rights charities have called it tantamount to torture. That’s before we get on to your fellow detainees. Understandably, being cooped up in a squalid hellhole working for free grates on some folks’ nerves. As a result, violent riots in these camps are increasingly common.

Not so long ago, China led the world in executing drug offenders. It still routinely shoots dealers, but its attitude towards users is slowly becoming more-progressive…to a point. Currently, Beijing seems to be following the Vietnam model to an even crazier degree.

Although possession is technically a minor offense, the state still decides for itself whether or not you are an addict. If you fail the totally-arbitrary, non-medical ‘test’ prepare yourself for a world of hurt. Addicts are given three years in a compulsory ‘detoxification center’ that amounts to little more than a prison. After that, they get another three years in compulsory ‘community rehabilitation’. By the time you’re finally allowed back on the streets unsupervised, you’ve lost over half a decade of your life.

This isn’t an unlikely outcome of a drugs-related arrest, either. During a special operation in the Guangdong province in 2013, nearly 100,000 users were detained. Of those, nearly half were sent to detoxification centers.

Singapore is one of the cleanest, safest, richest states on Earth. The trouble is these positive outcomes come with a hefty negative price tag. The city state’s laws are legendarily strict, to the point of insanity. This goes double for drugs.

Singapore frequently executes drug dealers. However, who they class as a ‘dealer’ is often at odds with the rest of the world and basic reality. You are default listed as a trafficker if you’re caught carrying as little as half an ounce of grass, or one tenth of an ounce of coke. Police don’t have to prove you actually dealt the stuff or even intended to, you’re under possible death-penalty threat regardless. Even if you escape execution, you’ll be treated to a long, long stay in prison.

There’s also the tricky problem of burden of proof. If drugs are found on your property, you are legally listed as the owner, unless you can prove beyond all reasonable doubt that they don’t belong to you. That’s a crazy-difficult thing to do.

The Emirate of Dubai has some extremely harsh laws regarding drug possession. While you probably won’t be executed, you can easily find yourself locked up for years in a brutal prison. So the easy answer is to just not carry drugs, right? Unfortunately, things aren’t so simple. What Dubai considers ‘possession’ is broad to the point of madness.

Arriving in the country with drugs in your bloodstream is classified as possession, and penalties are enacted accordingly. This can catch law-abiding citizens in a dragnet of insanity. Dubai considers everything from common painkillers to poppy seeds drugs, meaning you could smash two paracetamol on your flight to help your headache then wind up being thrown in jail when you land. People have literally been imprisoned for having three poppy seeds on their clothes, from having eaten a seeded bun at their departure airport.

On the plus side, Dubai usually releases foreigners before they serve a full sentence. On the downside, this can still mean you spending seven months to a year in a highly-uncomfortable prison.

The Hermit Kingdom made some waves recently when Vice reported that weed is basically legal in Pyongyang. Awesome as it is to think that Kim Jong Un’s craziness can be explained by him being stoned off his ass, the reality is somewhat different. The Guardian says publically smoking dope in North Korea can technically get you executed – although this policy is implemented only rarely.

However, this hasn’t stopped the North from having a strange love affair with drugs. Until recently, the government made, shipped and sold its own brand of crystal meth.

That’s right. Kim Jong Il was basically Walter White, only fatter and without the excuse of cancer or being fictional. Under his stewardship, the North produced so much meth that offering it to visitors in your home became as standard as offering tea or coffee. Those days are now long gone – possibly because China took issue with the sheer number of North Korean meth dealers it kept arresting at the border.

When you fly into Jakarta, a sign cheerily informs you that having drugs in your bloodstream could lead to your execution. That’s the kind of country Indonesia is when it comes to drug laws – one with a tolerance policy that dips below zero and deep into the minuses.

Drug users, let alone dealers, can face decades in prison or the firing squad. Crazily, you don’t even have to take drugs to get in trouble. A law enacted in 2009 forced parents to report if their child was taking illicit substances. Failure to do so resulted in brutal punishments for the entire family.

Then there’s the way the country treats addiction. Addiction itself is a crime that can in some cases lead to the death penalty. You better believe Indonesia won’t hesitate to execute foreigners or people considered unfit to stand trial. In 2015, the country sent two Australians and a mentally ill Brazilian man before the firing squad. Pleas from their respective country’s governments did nothing to help them.

Like many things in Iran, the country’s drug laws manage to be both incredibly harsh and weirdly progressive all at once. Iran executes a staggering number of drug dealers every single year. Between 60-70 percent of its vast prison population is in on a drugs charge. Yet it also runs more treatment centers than nearly any other country on Earth – in this case not a euphemism for forced labor camps. It distributes clean needles to users. Oh, and they’re seriously considering legalizing all drugs.

We kid you not. The very influential Expediency Council recently suggested the country should ditch the war on drugs and start growing pot and opium and charging the citizenry to use them. This would almost wipe out Iran’s annual executions and sharply reduce the prison population. This is important, as the Expediency Council doesn’t have to submit to the Iranian parliament. It has total control over drug laws in the state. If they decide to legalize, the religious police can’t do a damn thing about it.

So while Iran currently deserves a (very) high place on this list, it might not be there long. In a few short years, it might even top lists of ‘best places for drug users to visit’.

It should come as no surprise that the territory captured by Islamic State (ISIS) is home to some of the strictest drug laws on Earth. The perverted caliphate is so harshly against everything that you have to wonder how they ever have any fun. Anyone caught in possession of even a tiny amount of drugs can expect to face significantly over 100 public lashes.

That’s all at once, a brutally terrifying amount of violence to put another human being through. Like the douchebags they are, ISIS also don’t discriminate between different types of drugs. You can get beaten for using opium, but you can also get badly beaten for drinking alcohol or even smoking cigarettes.

Unless, that is, you’re a jihadist. Reports have found ISIS fighters routinely smoke, drink, take and sell drugs – even those a-holes who attacked Paris for its ‘loose’ morals. Many go into combat under the effect of hallucinogenics and cocaine. Gee, who would have ever guessed that the world’s foremost murdering scumbags would also be its foremost hypocrites? 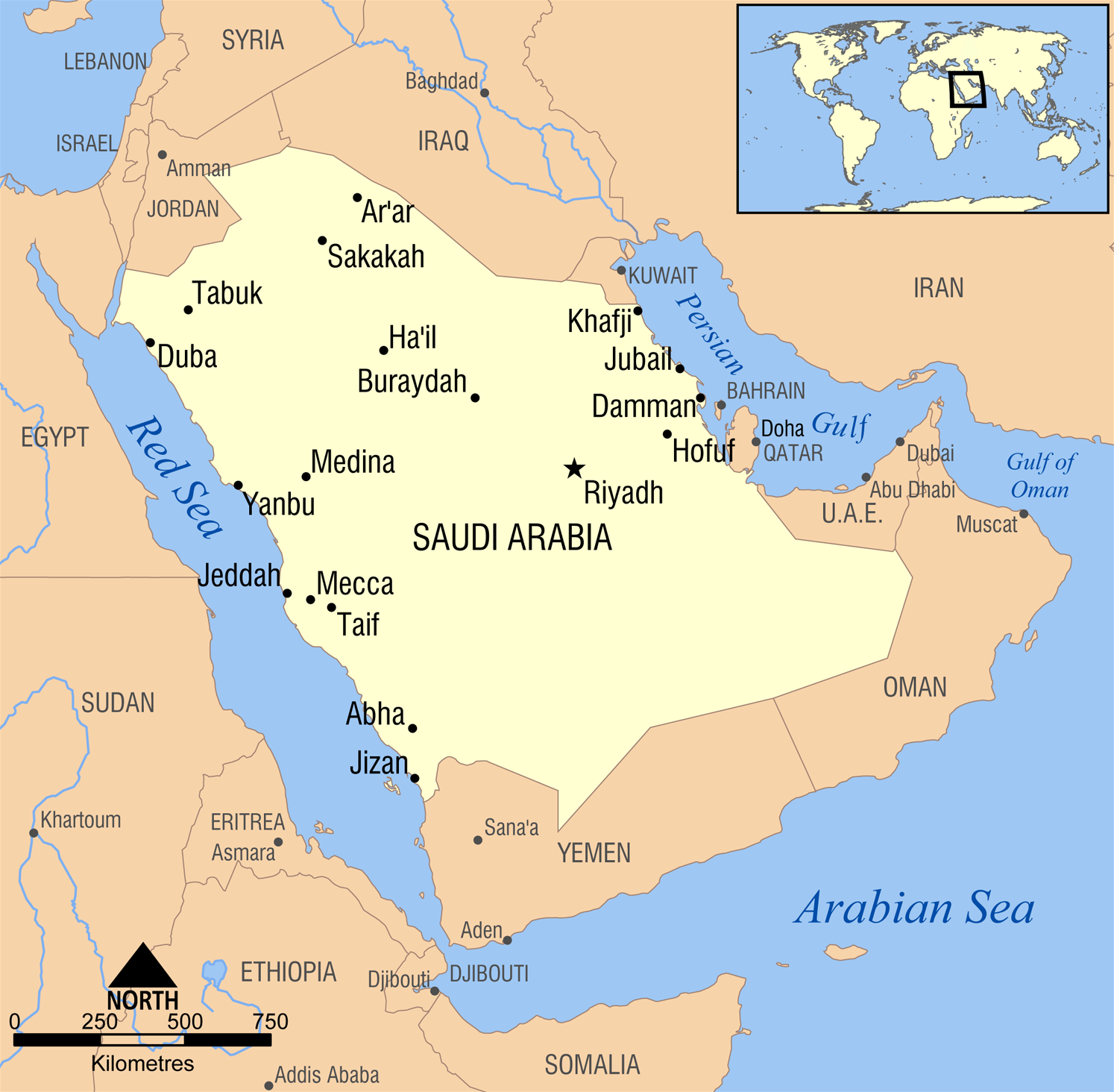 While you’re unlikely to ever go to Islamic State (we hope), it’s not out of the question that you might visit Saudi Arabia. Which is why it tops our list. Where drugs are concerned, Saudi Arabia is both utterly ruthless and utterly insane.

The standard penalty if you are caught with drugs is public execution. Not in the sense that Texas may let victims in to watch a killer die, but in the sense that you’ll be dragged onto the roadside, surrounded by a jeering mob and then beheaded in front of children. If you’re extremely unlucky, your body may then be publically displayed as a warning to others.

So the takeaway from this is ‘don’t do drugs’, right? Sadly, not even that will help. Saudi officers will torture you to extract a confession, regardless of the truth. You’re also utterly at the mercy of the judge. Even when there is reasonable doubt about your guilt, a Saudi judge can still sentence you to death if he’s having a bad day. In the first six months of 2015 alone, the Wahhabi Kingdom executed 100 ‘criminals’. Nearly half of them were in for non-violent drug offenses.

Feeling in a law-abiding mood?
Check out 10 Rules and Laws Nobody Obeys, and the Top 10 Ancient Laws Way Ahead of Their Time.
Other Articles you Might Like
Liked it? Take a second to support Toptenz.net on Patreon!