10 Forgotten But Important Battles From History

History is full of examples of battles that have changed the world – for good or worse. From the WW2 battle at Stalingrad to Napoleon’s infamous defeat at Waterloo, some of them are still remembered as turning points in the course of history. Most, however, remain forgotten outside the countries that fought them, either due to being overshadowed by the larger conflicts they were a part of, or simply because they happened so long ago that we’ve mostly forgotten about them.

It’s difficult to imagine the threat once posed by the Mongol Empire today, as modern Mongolia is hardly the same nation as it used to be. However, that was really not the case back in the 13th century, when the Mongol war machine – at the peak of its power – threatened the stability of almost every territory on the Eurasian landmass, and possibly beyond.

That was the historical context behind the Battle of Ain Jalut, fought in September, 1260, between the Mamluk dynasty of Egypt and the south-western Mongol contingent stationed in Syria. It was a part of the larger Mongol campaign to conquer the Islamic world, as after the fall of Aleppo and Baghdad within the past few years, Cairo was the last Islamic stronghold in the region.

What they didn’t realize, though, was how powerful the Mamluks really were, as they were able to deploy the classic Mongol tactic of feigned retreat better than the Mongols themselves. While the two armies were more or less matched in numbers, the battle resulted in the complete destruction of almost the entire Mongol contingent in the region. It was the first major Mongol defeat in south-west Asia, strengthening the morale of other Islamic kingdoms and effectively halting the Mongol expansion further West. The Battle of Gaugamela – also known as the Battle of Arbela, now Erbil in Iraq – is sometimes called the most important battle of Alexander’s military career, and for good reason. Fought in October 331 BC, it was the decisive engagement of the Macedonian campaign in Persia. Its result may seem like a foregone conclusion now, though that wasn’t the case back then at all , as the Persian contingent – comprising battle-hardened units of scythed chariots and war elephants – outnumbered Alexander’s forces by at least 2:1. The plain battleground was chosen by the Persians, too, as it heavily favored their specific style of fighting.

While the precise details of the battle are hard to ascertain – as it happened a while ago – later sources confirm that it was Alexander’s cavalry that eventually decided the outcome. All in all, Macedonia lost about 700 soldiers that day, compared to more than 20,000 dead on the Persian side. Darius himself was forced to flee the battleground, though he was later killed by one of his own provincial governors. The battle marked an abrupt end to the mighty Persian empire, paving the way for further Hellenization of West Asia. The Great Northern War may be a forgotten conflict now, though it was a crucial turning point in north and east European affairs back in the 17th and 18th centuries. Fought between Sweden – one of the great European powers at the time – and the Polish-Lithuanian Commonwealth, Denmark-Norway, and Russia at different times, it would permanently change the balance of power on the continent.

While the other belligerents were soundly defeated during its early stages, Russia remained standing until the end. The decisive battle was fought in July, 1709, when Swedish forces under Charles XII – after a string of failed offensives elsewhere – decided to storm the Russian fortress of Poltava in what is now central Ukraine.

It would turn out to be a costly mistake – one that would decisively put an end to Swedish hegemony in the region. The Swedish army was outnumbered and suffered from a lack of coordinated action, in addition to the classic historical disadvantage of challenging Russian forces on home ground. By the time it was over, Swedish casualties and prisoners amounted to close to 10,000 soldiers, and Charles had to flee to Ottoman lands to avoid capture. The battle effectively ended the Swedish empire and established Russia as the dominant power in the Baltics and Poland. The history of Islam is shrouded in legend, making it rather difficult to establish exactly what happened during its earliest stages. However, we do know of important events from other independent sources, and the Battle of Badr was definitely one of them. Fought in the year 624 AD between the powerful Quraysh confederation of tribes in Mecca and Prophet Mohammad’s forces in Medina, it would transform Islam from an emerging faith to the dominant religion of one of the largest and most influential empires in history.

Reliable sources put the number of soldiers engaged in the battle at around 1,300, and while many reasons have been provided for the eventual Islamic victory, it has often been attributed to Mohammad’s superior skills as a war commander. It was the beginning of the end for the Quraysh tribe, as it brought a large part of the thriving economy of Mecca under Mohammad’s rule. The conflict would end six years later, when Quraysh leaders converted to Islam and peacefully surrendered Mecca to Mohammad. In itself, the 1905 naval battle of Tsushima between Russia and Japan wasn’t an Earth-shaking event. Lasting for barely two days in late May, 1905 and resulting in a decisive Japanese victory, it had few immediate consequences for global affairs, and could even be written off as one of the numerous conflicts before the catastrophe of the two world wars.

The battle’s true impact could be seen in its role in the bigger picture, as it was the first modern naval battle involving wireless telegraphy and steel battleships. More importantly, it had lasting consequences inside the two countries. In Japan, the battle reaffirmed the superiority of its military among the populace and strengthened the more militaristic factions within the army, which would have a major role to play in the events of the following decades. In Russia, the defeat and almost-complete destruction of the Baltic fleet ignited multiple mutinies across the country, including the Potemkin uprising. That, combined with the revolution earlier in the year, would directly set the stage for the 1917 revolutions and the eventual civil war of Russia. Before the Spanish conquest, the Aztec capital of Tenochtitlan was, by all accounts, a fully-developed, thriving place. Hernán Cortés, the leader of the conquistadors sent to bring it under Spanish rule, described it as a large city with an intricate network of perpendicular roads and canals, along with a marketplace thronged by over 60,000 people every day.

All that would come to an abrupt end in 1521, when Cortés’s men – along with thousands of other native allies with their own power motives – laid siege to it. While the Aztecs vastly outnumbered the Spanish force, they were no match to the superior firepower deployed by Cortés. What made matters even worse for the Aztecs was a recent outbreak of smallpox, to which they had almost no immunity. Tenochtitlan fell in August, 1521, and the invading force massacred thousands – possibly tens of thousands – of the city’s inhabitants to prevent further resistance to Spanish rule.

The battle hastened the fall of the Aztec empire, and within the next three years, the entire Mesoamerican region was under Spanish rule, beginning the age of the colonization of the rest of the American continents. The Battle of Amiens was actually a series of multiple allied offenses near Amiens in France during WW1. While its initial aim was to protect the Paris-Amiens railway line from a German takeover, it would later come to be known as the beginning of the Hundred Days Offensive, which decisively ended the war in favor of the allies.

The assault began on 8 August, 1918, with the bulk of the attacking force made up of the Canadian Corps, the British Fourth Army, the French First Army, and the Australian Corps, along with a few other allied units. While the German forces were entrenched behind three lines of trenches, they were massively outnumbered. The allies made sure to mount a surprise attack, covered by smoke with the help of the Royal Air Force. In a matter of three days, they advanced more than eight miles, killing over 26,000 Germans and taking more than 12,000 prisoners, which effectively put an end to the German war effort in the region. The Franco-Prussian War of 1870 would have far-reaching consequences for Europe and the rest of the world, though the conflict is now mostly forgotten in the larger context of everything that came after it. Beginning in July that year, it was fought between a coalition of Prussian states under Otto von Bismarck and France under Napoleon III, both products of the revolutions of 1848 and formidable powers in Europe by that time.

It was one of the largest showdowns in European history. The initial Prussian force numbered more than 500,000 and outnumbered the French by about 2:1, though those numbers would greatly swell by the time it was over. While France enjoyed a few early successes, they suffered from logistical and communication issues, and were generally no match for the Prussian forces.

The war ended with the siege of Paris, beginning in September, 1870 and ending with a French surrender in January, 1871. It would be one of the factors that led to the German reunification later that year, along with consolidating popular faith in German militarism across the once-divided Prussian states – a dominant factor in German affairs until 1945.

2. Battles Of Kohima And Imphal The parallel battles at Kohima and Imphal in northeast India are sometimes called the Stalingrad of the East due to their significance, though outside Britain, their role in WW2 remains largely forgotten. Beginning in March and lasting until July, 1944, they saw some of the most intense fighting in the south-eastern theater of the war, and would eventually prove to be a turning point for the entire Japanese campaign in the region.

Fought between the Japanese 15th Army and the British 14th Army – largely made up of forces from the north-eastern part of the Indian subcontinent – the battles were essentially a contest for the British-controlled bases in India. By even the most conservative estimates, British forces were outnumbered at least 10:1, though they had the advantage of intact supply lines and knowledge of the terrain. In addition to the fighting, Japanese forces also suffered from rampant disease and other logistical issues, turning the tide in favor of the defenders some time in May. 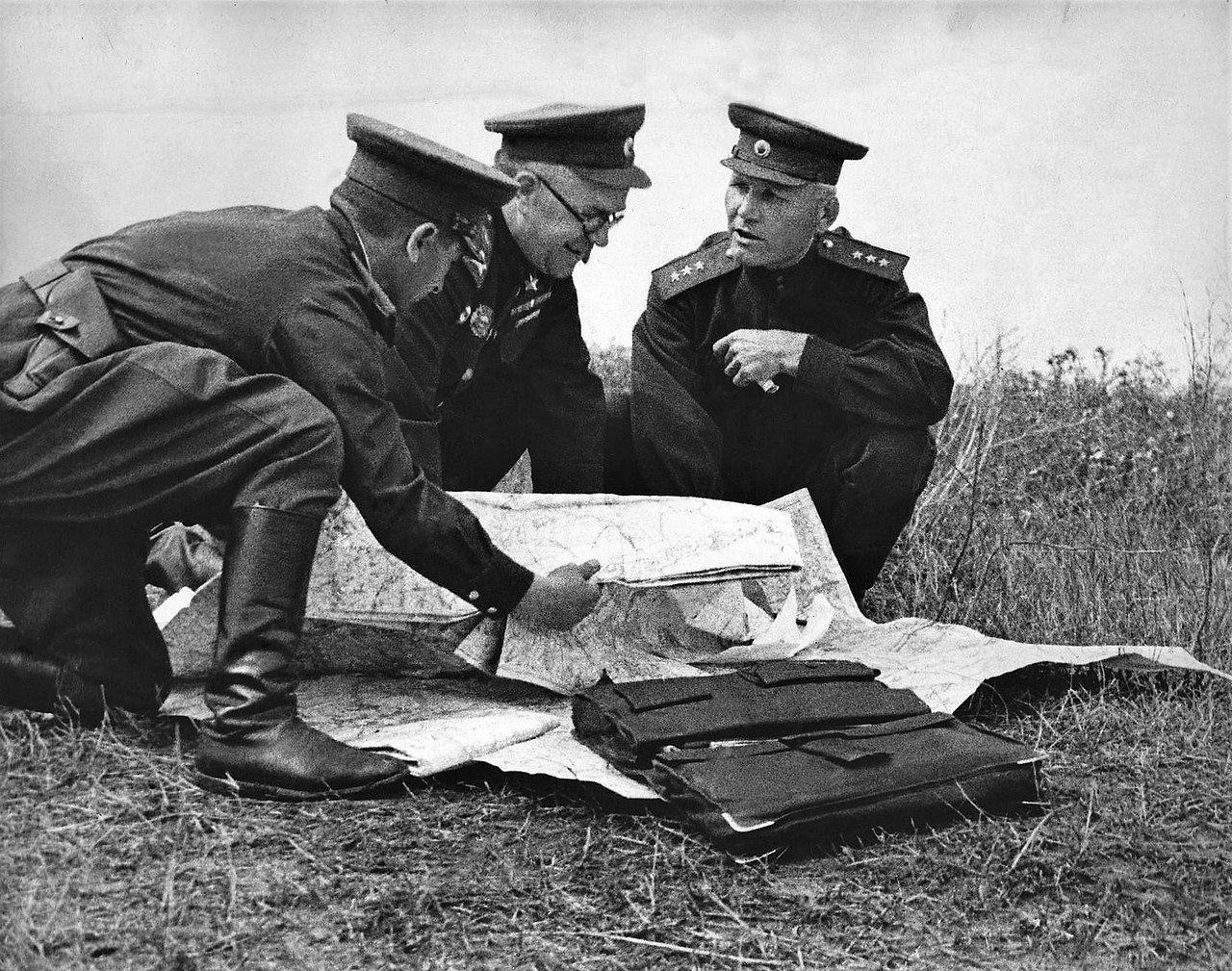 It’s difficult to imagine exactly how massive the WW2 Battle of Kursk was. Easily the largest tank battle in history, it’s also sometimes called the most important battle of WW2 – one that decisively broke the German war machine and turned the tide of the war in the favor of the allies on the eastern front. More than two million men, eight thousand tanks, and five thousand warplanes were involved in the massive showdown, which was actually made up of multiple offensives and counter-offensives that were entire battles in their own right.

From July 5 to August 23, 1943, German forces attacked the Soviet front line in a desperate attempt to reverse the course of Operation Barbarossa, as a victory here could decisively cripple the Soviet forces advancing on Berlin. The Soviet generals, though, were able to anticipate the attack, and had already placed anti-tank batteries and reinforced defense lines before the German attack. While there were moments when both sides looked like they could win, it was ultimately won by the USSR, decisively putting the German army on the backfoot and setting the stage for the massive Soviet offensives of 1944 and 1945.