Flying might be statistically safer than driving, but there’s still an inherent level of wrongness about traveling thousands of feet above the ground that makes you long for some extra assurance that your plane will land safely (and, preferably, in one piece). Unfortunately, just like every other trade, the flying business features both good operators and extremely bad ones. However, unlike most other trades, when an airline is bad, you’re quite literally risking your life the moment you step aboard. Here are 10 companies whose safety records might make you think twice before you hop on board. 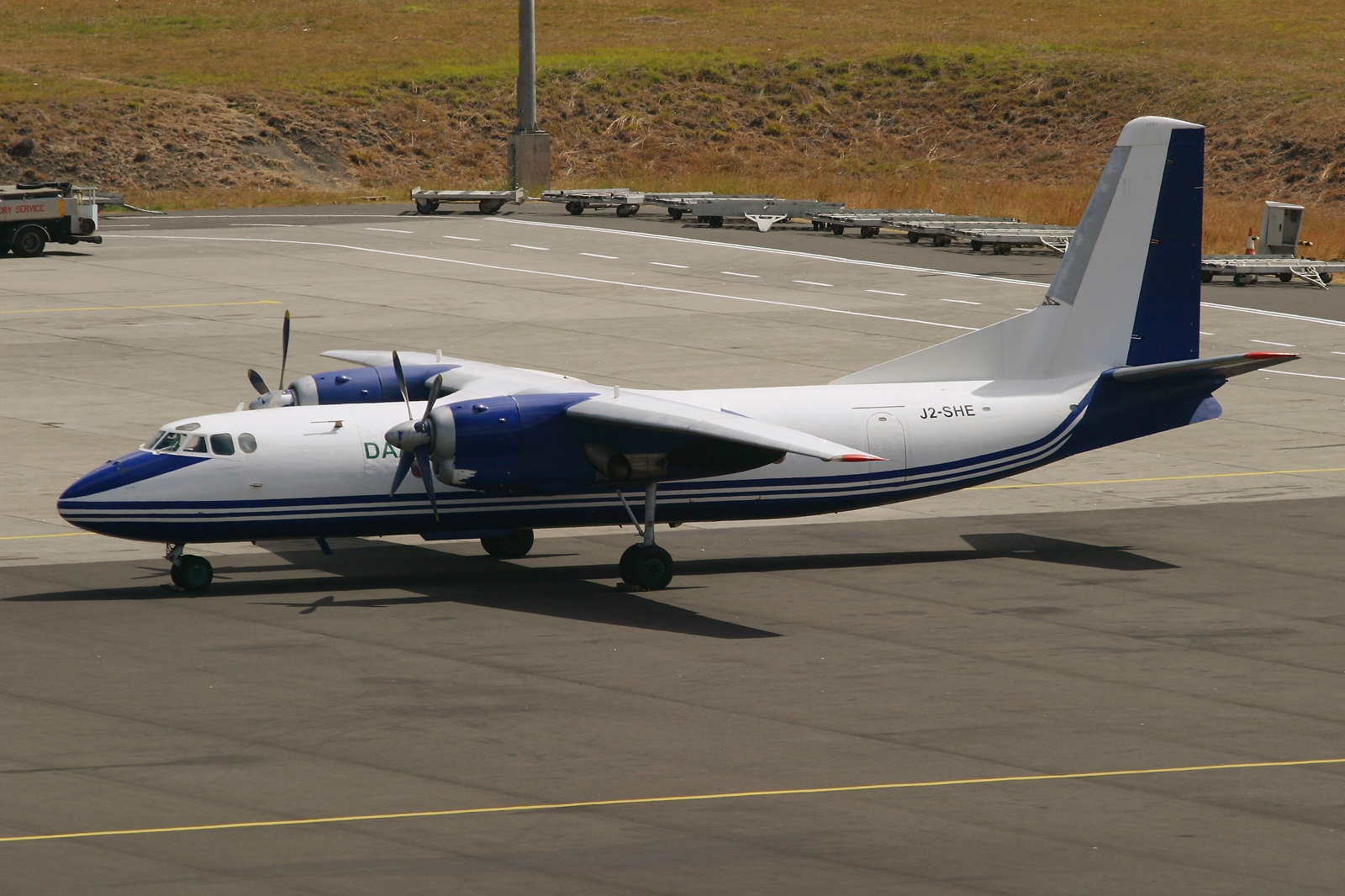 The volatile Somalia is a tough market for any business, let alone one that features flying large vehicles in the sky. Daallo Airlines has done a fairly commendable job in the circumstances, operating in the cutthroat market of the war-torn country and even merging with its worst rival, Jubba Airways, to fight international big-budget newcomers such as Turkish Airlines. For two decades, the airline has acted as a lifeline to a country overwrought by warlords and militants,

Daallo is a fairly small operator in a historically volatile region, which makes it all the more impressive that they’ve managed to get away with just three reported accidents, which have only caused one fatality: A 2016 bomb attack incident saw a terrorist explode a bomb inside an airborne Daallo passenger plane, which blew a hole in the fuselage. The blast was supposed to kill everyone on board, but the only fatality was a poor passenger who was sucked out of the plane. All in all, things could have been much, much worse. Blue Wing is a tiny airline from Suriname that runs an equally tiny fleet of small airplanes within the country. Not that it really has any other options, seeing as its reputation in international travel is … less than exemplary. This reputation comes largely from the elderly Antonov planes that the company (which was founded in 2002) used to fly during its early history, to the effect of no less than three dangerous crashes in the span of two years. In 2008, a Blue Wing plane crashed into a hillside while allegedly attempting to land on a landing strip that already had another plane standing on it. This crash killed all 19 people aboard the plane. A year later, another Blue Wing Antonov was totaled in a runway accident, though fortunately there were no fatalities this time.

When a third Antonov crashed in 2010, killing all eight people aboard, The EU banned the airline for a second time in its short history (the first time had been in 2004). It looks like the ban hasn’t been lifted since.

If you like fancy words, you probably already have SCAT Airlines flagged as a definite no-no zone when it comes to international flight. This Kazakh airline has recently been cleared for travel within the European Union, but when you look at their safety record between 2013 and 2015, a trend emerges: Rejected takeoffs and landing troubles, faulty nose gears, and even one case where all left-side tires of a plane just deflated during landing.

That’s pretty terrifying stuff, even without the fatal accident of 2013, when a SCAT Airlines plane from Kokshetau to Almaty was approaching the Almaty runway in foggy conditions when the plane decided to go around again. That was the last anyone ever heard of them, as the plane was found in a swamp less than a mile from the runway, The crew and the 16 passengers all died. Oh, and if you think things have gotten better since their inclusion on the European good-to-go list, there’s always the incident from 2018 when another Almaty-bound plane — this time with a whopping 233 passengers — touched down on the runway … and struck its tail on the ground. Fortunately, this time there were no injuries, but with the airline’s history, it’s still the kind of thing that might warrant commentary from concerned parties.

Spoiler alert: This won’t be Nepal’s  only appearance on this list. To be fair, Nepal Airlines (a.k.a. Royal Nepal Airlines) are operating one of the world’s most difficult and underserved regions, full of mountains and difficult runways. Still, this doesn’t mean that their safety record has any excuses to be less than spotty. Aviation Safety Network lists 16 accidents between 1960 and 2002 when they were still running with the “Royal” prefix. A disturbing seven of these had actual casualties, ranging from difficult storm landings that killed the pilot trying to bring down an empty plane to full-on fireball crashes that claimed the lives of 25 people.

The airline eventually changed their name to Nepal Airlines, but ASN still attributes three accidents to their name, the worst of which was a 2014 mountainside crash that killed 18 people. Perhaps not shockingly, the airline is banned by the European Union. 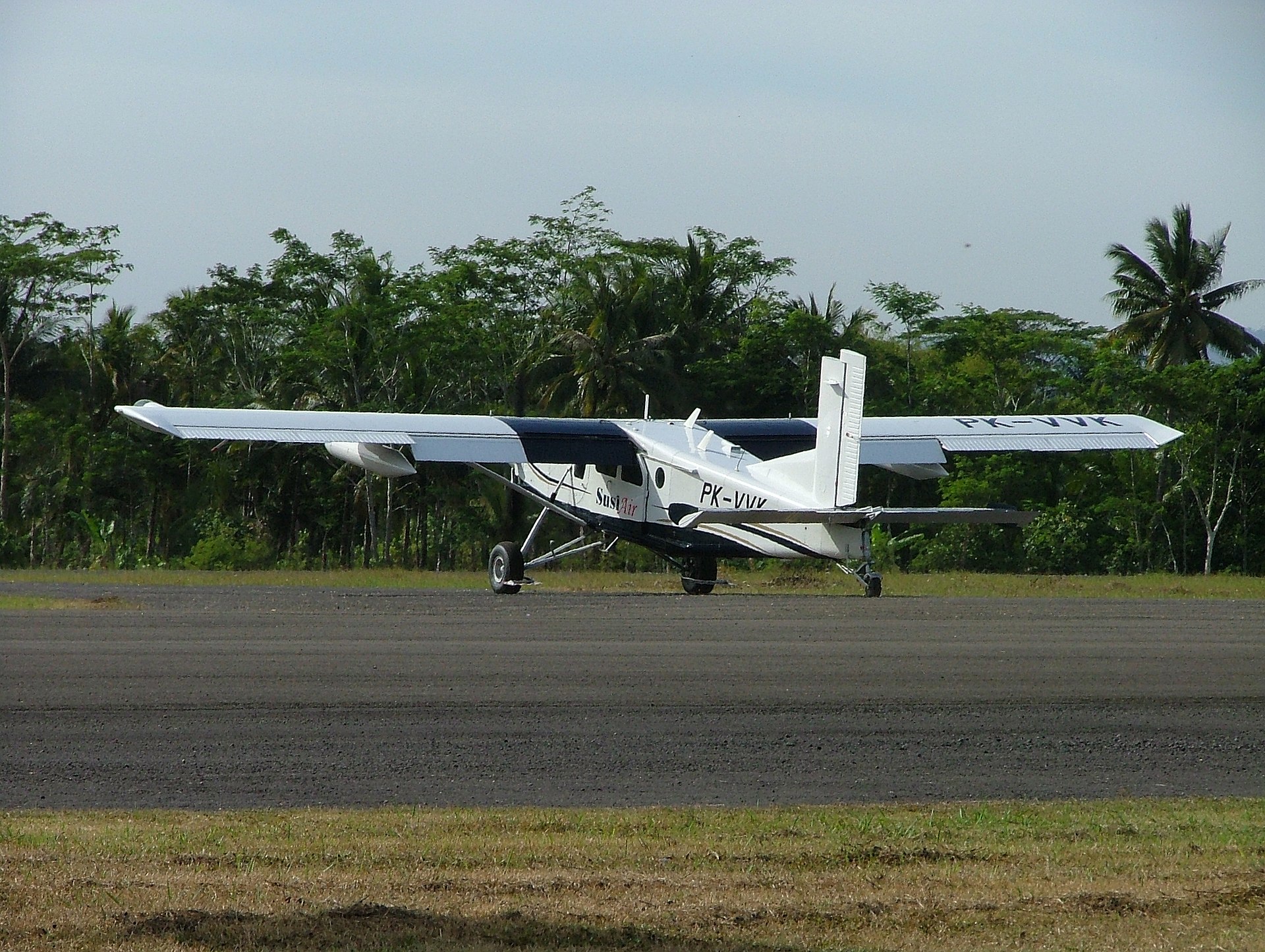 How dangerous does an airline have to be for the United States to issue a specific order that its embassy personnel are prohibited from using their flights? Just ask Susi Air, the Indonesian airline that managed to get this dubious honor in 2012, after no less than three consequent fatal accidents within the span of 12 months. To add insult to injury (and also because it’s, you know, sensible), the United States Department of State Bureau of Diplomatic Security also recommended in the strongest possible terms that don’t involve actual gunpoint that all U.S. citizens would steer clear of the company.

While Aviation Safety Network only lists two accidents to Susi Air’s name (both of which were 2011 cargo flights with crew fatalities), it’s pretty hard to contest the U.S. officials’ stance on this one, especially because Indonesia’s own chief of the national narcotics agency is on record saying that pretty much all of the country’s plane accidents are due to the pilots being on drugs.

Yes, it’s Nepal again. Tara Air advertises itself as the newest and biggest airline service provider in the Nepalese mountains, boasting a fleet as big as … uh, six STOL light takeoff planes. You’d think that a flight that small and light would at least translate to comparatively few accidents, but unfortunately, Tara Air’s safety record begs to disagree.

As Aviation Safety Network describes, the airline was founded in 2009, and within the first ten years of its operation, there were no less than five accidents. Two of those accidents were serious, and both involved crashes into hills or mountainsides, killing a total of 45 people. We don’t want to be too hard on small entrepreneurs here, but when two planes from a six-plane company manage to crash and kill everyone aboard (and be involved in a further three report-worthy accidents), the company probably shouldn’t rely on too much return business.

There’s no indication that Kam Air aren’t trying their best. In fact, even the New York Times say that they really, really are … considering the circumstances. They just happen to be facing a few hurdles that your average airline doesn’t. After all, Kam Air operate in Afghanistan, and as such, they’ve had to deal with minor disruptions such as local crime bosses and, oh, the Taliban. Over the years, their planes have been chased by local mobs that have been furious that their leader happened to miss the plane. They have been blacklisted for allowing opium smuggling on their planes, and their runways have been ample targets by rocket fire.

The only reason they manage to operate at all is that by sheer tenacity and natural selection, they’ve manage to corner 90% of Afghanistan’s flight market, and since Afghanistan is way too large and tumultuous to travel safely by land, their decrepit fleet of planes is often literally the only way to travel. In the process, Kam Air has become one of the biggest taxpayers in the country, and thus pretty much indispensable for the government. This doesn’t mean that flying a Kam Air plane is by any means safe, whether you’re a passenger or a pilot. Because Kam Air is a lifeline stitching the country together, attacks on its pilots are an easy way to disrupt things, and the planes flying the coffins of the line’s own employees are far too commonplace … as are planes sitting empty because the pilots that were supposed to fly them were killed. Along with serious accidents such as the 2005 crash that killed 104 people, this is more than enough to include the plucky, yet struggling airline on this list. Since the start of its operations in 2000, Indonesia’s own Lion Air has seen eight of its planes totaled beyond recovery. In 2019, a massive crash of a Lion Air Boeing 737 Max plane killed 189 people, and kicked off the disastrous string of accidents featuring the plane type that was later capped off by the more famous Ethiophian Airlines crash.

Strangely, Lion Air seems to have a very special brand of badness going for them. Its pilots hold the odd distinction of constantly getting busted for using drugs. Their preferred drug of choice is crystal meth, locally known as sabu-sabu. Alarmingly, one busted pilot told the operative chief of the country’s National Narcotics Agency that the pilots simply consider crystal meth as part of their lifestyle, and a necessity to remain alert and fit while carrying out their duties. Make of that what you will when booking your next tickets.

Yes, there’s yet another Indonesian airline on this list. Merpati Nusantara is a Jakarta-based company that the Aviation Safety Network will tell us has no less than 50 “occurrences” to its name since its founding in 1962. No less than 20 of these have involved fatalities, the most tragic one killing as many as 69 people.

Granted, the last one of the airline’s accidents was several years ago, in 2013, and they were even removed from the EU’s list of banned air carriers in 2015. However, both of these facts are probably because Merpati stopped flying in 2014 due to handling their finances roughly as well as they handled their safety — their estimated debt amounts to a whopping $734 million. Don’t worry, though — they’re optimistic that they can round up enough investment capital to start flying again in 2019.

Ariana Afghan has managed to stay in business in Afghanistan since the 1955, and despite advertising themselves as the country’s primary airline, for all intents and purposes Kam Air is holding that particular torch. It doesn’t help that Ariana operated 12 destinations with an aging fleet of only four planes as per 2017 — though they have plans to expand to a total of seven planes by the end of 2019. As you could expect, operating a small commercial airline in one of the most volatile regions in recent history has not been easy, and Ariana Afghan has the string of tragic incidents to prove it.

During its existence, the tiny airline has suffered 27 documented accidents, eight of which have claimed lives. In 1969, a landing error caused an Ariana Boeing 727 to ram into a house, killing two people on ground and 48 inside the plane, which was “disintegrated” by the impact. In 1998, another 727 flew into a mountainside near Kabul, killing 45. Oh, and there’s also the danger of getting shot down, which is what happened in 1988, when 25 people died when a Pakistani fighter reportedly shot down a Ariana Afghan plane (Pakistan denies this). Other potential risks while flying with Ariana have included strange crashes, possible hijackings that led to strange crashes, and planes getting shot down by rockets.