Depending on where you are in the world and what you believe about the law, prison is meant to be a punishment, a deterrent, or a rehabilitation. Sometimes it may do all three, sometimes it may do only one and even then just barely. It seems to depend on the sentence and the prisoner in many cases. But that aside, there are some occasions when prison is used as a dramatic statement, often political or perhaps just a moral one. In these cases a sentence is rendered that seems less about what it means to the person getting it than what it might mean for society as a whole. Some of them can be bafflingly long. Getting into the Guinness Book of World Records seems fun, but not if it’s for getting the longest sentence in the history of prison sentences which is what happened to Chamoy Thipyaso. The Thai business executive was found guilty of running a Ponzi scheme that defrauded thousands of people. Because of her position in the oil industry and the fact her husband was a high ranking military official, people thought her would-be investment opportunity had military backing and was on the up and up, so over 16,000 invested $204 million.  Even members of the Thai royal family got scammed.

At the end of her trial, Thipyaso was convicted and sentenced to 141,078 years in prison. Remarkable, right? But here’s the thing. Under Thai law, a law passed that same year that she was convicted, there was a sentence cap for fraud and that was 20 years. So the dramatic sentence was essentially just for show and couldn’t really be upheld. Even more egregious was the fact she only served 8 of the potential 20 years, anyway.

A lot of people are sentenced in American courts to life in prison, which is a fairly obtuse term without a lot of meaning that very much involves when and how parole can be offered. Is life for an 18-year-old the same as life for a 90-year-old? And is it the same from state to state? The answer is no. For instance, in Georgia, a person sentenced to life in prison before July 1, 2006 could be eligible for parole after 14 years. But after that date it was 30 years. So is 30 years a life sentence? In many states it’s actually 15 years before parole can be granted.

To get around that pesky parole issue, judges in the US can do consecutive sentences for crimes and that’s how criminals can end up serving forever and then some behind bars. Take, for instance, Terry Nichols who was convicted of the Oklahoma City Bombing. He was given 161 consecutive sentences, one life sentence without the possibility of parole for each of the people who died in his attack. This was after the death penalty was taken off the table.

James Holmes is the mass murderer who killed 12 people in Aurora, Colorado in 2012 while injuring 70 others. He was given 12 life sentences, one for each of the people he outright murdered, but the judge was not done. Since his intent was to kill everyone, all of the people he injured were cases of attempted murder. And for that, along with charges relating to explosives he used to rig his own home,  he was sentenced to an additional 3,318 years.

That sentence breaks down to 48 years plus five of parole for each of the attempted murder counts plus 96 years for second degree murders, and six years for the explosives.

Holmes was nearly sentenced to die but one member of the jury did not agree with the sentence, deciding that mental health issues were a mitigating factor, while two other jurors were on the fence. In the end, Holmes will never see the light of day again as a free man. Acts of terrorism will often net the perpetrators longer sentences than a nearly identical crime not deemed to be a terroristic act would get. Abdullah Al-Barghouthi was arrested for his involvement with Hamas, including resurrecting its armed wing which involved making bombs. He was taken into custody by Israeli forces and charged in seven different bombing attacks.

After a military trial in 2004, Al-Barghouti was sentenced to 67 life sentences that resulted from the 67 deaths and around 500 injuries he was said to have caused. In addition, he was given another 5,200 years.

In 2011 it was reported he’d spent the entirety of his sentence up to that point in solitary confinement with no visitors allowed.

6. Multiple People Have Been Sentenced to Over 1,000 Years for Drug Trafficking 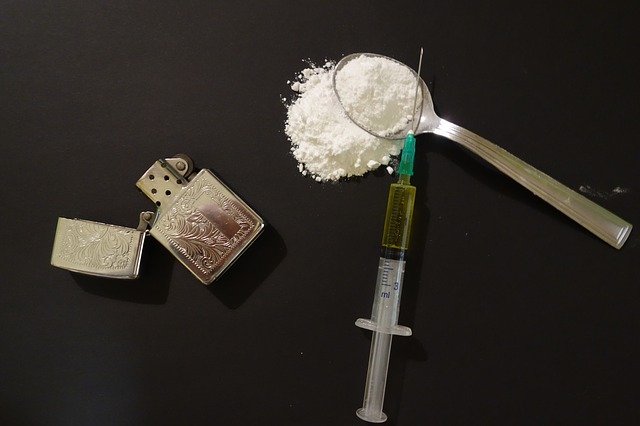 When it comes to heinous crimes like acts of terrorism, murder and rape it can be a lot easier to understand the outrage that is behind some of these more dramatic sentences. But that’s not exactly what happened to Bentura Flores when he was sentenced back in 1973 for trafficking.

Disproportionate drug sentences are nothing new, of course, and there are ongoing efforts to have people in prison serving sentences for marijuana charges released since the drug is actually legal in a wide number of states already. But Flores was charged with trafficking heroin which, though a much more dangerous drug, still seems questionable since the man only sold $10 worth.

Despite the minor nature of the offense, Flores was sentenced to 1,800 years in jail. There’s no such thing as a good serial killer, but some are definitely worse than others. In the United States. Gary Ridgway, the Green River Killer, is considered the most prolific in history. He pleaded guilty to 48 murders back in 2003 though he claimed to have killed around 80. His admission was part of a plea deal to avoid the death penalty.

A judge gave Ridgway 48 life sentences with no possibility of parole for each of the murders, to be served consecutively. The judge also tacked on an additional 10 years per case for evidence tampering, adding 480 years to the total sentence.

In 2011, a 49th victim was identified. Ridgway admitted to that murder as well and an additional life sentence was added to his total.

4. Brenton Tarrant of the Christchurch Mosque Attack Got 51 Life Sentences

In 2019, Brenton Tarrant attacked two mosques in Christchurch, New Zealand and killed 51 people while injuring dozens more. He was found guilty at trial and sentenced to life in prison with no chance of parole. This may not sound significant to those in the United States for whom life sentences are doled out frequently but in New Zealand a life sentence, a true life sentence in which the accused will never be released again, had never actually been handed down before. Tarrant got the stiffest sentence in the country’s history.

The full sentence, however, was not technically just life in prison for Tarrant. In the judge’s ruling he instead sentences Tarrant to life in prison for each of the 51 murder victims. The judge did not say these were concurrent. He was also given 12 years for each of the 40 cases of attempted murder although this were to be served concurrently rather than consecutively. He was then given an additional life sentence for committing an act of terrorism. So, in effect, he is serving 52 life sentences.

3. Darren Bennalford Anderson Got Over 11,000 Years Darron Bennalford Anderson may have had one of the worst lawyers in American history to account for his prison sentence. Anderson was tried alongside an accomplice, Allen Wayne McLaurin, for rape back in 1996. The two men were given dramatic sentences, with McLaurin getting the brunt of it at 20,750 years. He was sentenced to 13 consecutive sentences and, though he is eligible for parole, it will only be after the minimum term of each sentence which his lawyers note means he won’t be up for parole until the year 2191, when he’s 224 years old.

Anderson, unlike his partner, started with the relatively light sentence of a mere 2,200 years. But perhaps his lawyers convinced him that such a sentence was unjust, even in the face of the massive sentence his partner received, so Anderson appealed. Things did not turn out well.

At the appeal the judge agreed that Anderson had been sentenced incorrectly. Instead of 2,200 years, Anderson was given 1,750 years for kidnapping, 2,000 years for each of two counts of first degree rape, 2,000 years each on two more counts, 500 for robbery and 500 for grand larceny. He managed to add just over 9,000 years to his sentence with a grand total of 11,250 years.

In 2004, a series of bombings in Madrid killed 191 people and injured nearly 2,000 more. Ten bombs hidden in backpacks were hidden on four different commuter trains. There was a vast conspiracy behind the attacks and several terrorist groups were suspected of being involved though that never seemed to pan out during the investigation.

Some of the guilty parties received fairly light sentences of just 23 years, relatively speaking, and some were even acquitted. But not everyone got off so lightly. Three men, convicted of supplying the explosives, were sentenced to thousands of years a piece. One got nearly 43,000 years, another 35,000 years.

Unfortunately, these were also sentences made for show as Spanish law does not allow such sentences to be carried out. The longest the men can serve is just 40 years.

1. Charles Scott Robinson Got the Longest Sentence in US History The longest sentence in the world, as we saw, was a bit of a trick. That sentence could have never truly been enacted and the convicted only served a paltry eight years. Hardly worth a Guinness Record, really. But in the US, for a truly long term sentence that took no mercy on the accused we need to go back to 1994.

Charles Scott Robinson was already an 8-time felon. He had been convicted of a series of heinous crimes including rape and indecent or lewd acts with a child under 16. His victim was a three-year-old girl. The jury gave him 5,000 years on each of the six counts of which he was convicted. At a bare minimum, he would have gotten 20 years per count, but the jury clearly wanted to send a message. That message was one of anger. Anger over seeing felons convicted again and again only to be back on the streets committing crimes once more. And while surely there’s room to argue that some convicts can be rehabilitated this was clearly not the case with Robinson.

Robinson’s defense called the sentence a joke and suggested it was more about showing outrage than anything else. He said it was based on an inaccurate perception that most felons weren’t serving enough time, though one imagines he would have been hard pressed to win any sympathy for his client in those particular circumstances.