The common belief that idioms such as “saved by the bell” and “working the graveyard shift” originated due to live burials has been discredited. However, the fear of being buried alive was more than just a mythos in 19th century culture. On August 25, 1868, Franz Vestor received a patent for a security coffin that included an air inlet, a ladder, and a bell, so that anyone who was buried alive could alert others above ground and claw his or her way to freedom. In his 2002 book, Buried Alive: The Terrifying History of Our Most Primal Fear, Dr. Jan Bandeson says some 19th century European pamphlets noted one-tenth of the populace was buried alive. The percentage wasn’t accurate, says Bandeson, but the fear wasn’t unfounded either. 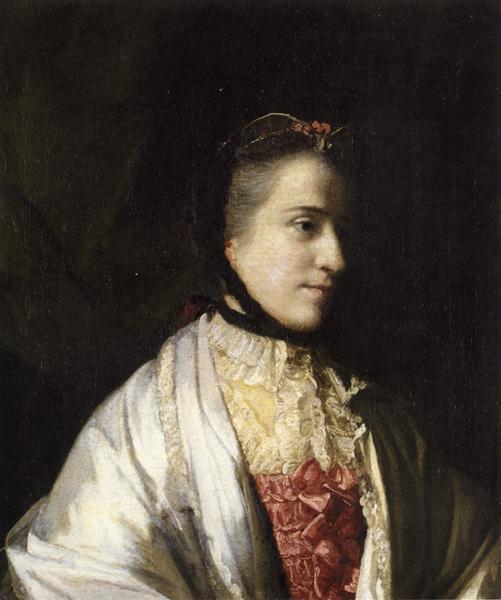 During the Enlightenment, European intellectuals increasingly privileged theories verified by rigorous testing and recording of data. This approach was applied to the medical sciences. In the 18th and 19th centuries, various brutal tests were developed to determine whether an apparent corpse was actually lifeless. Still, not everyone who was buried was actually dead.

According to myth, Countess Emma of Edgcumbe was pronounced dead in the mid-18th century. She was buried in the family mausoleum. A church sexton who had attended Emma’s burial returned to the grave site, intending to exhume the body and steal the ring buried with Emma. As the sexton slipped the ring from Emma’s finger, Emma awoke, still wrapped in her burial shroud. The shocked sexton fled. Emma returned to the Edgcumbe Estate, walking half a mile. Today, the Countess’ Path on the estate commemorates her journey.

As late as the 19th century, human sacrifices were sometimes required when the foundation for a new building was laid. This practice was founded on the belief that the deceased, who might be murdered if he or she were an unwilling participant, could hold up the building if he or she were buried beneath a foundation stone.

According to myth, the Christian Druid, St. Oran of the Scottish Island of Iona, made an offer to his mentor, St. Columba, when St. Columba was building Iona Abbey (c. 563 AD). St. Oran offered to let St. Columba bury him alive in order to bless the abbey.

St. Oran was buried alive, but his fellow churchmen kindly spared him, eventually digging him out. St. Oran claimed he had experienced visions of the afterlife, which should have delighted the churchmen. Unfortunately, his visions had included neither heaven nor hell. Because his accounts were unfavorable to the Christian faithful, the churchmen buried St. Oran again. This time, they left him to die.

Taking his inspiration from Harry Houdini, whose appendix burst before he could attempt this feat, magician David Blaine allowed assistants to bury him alive. On April 5, 1999, Blaine was publicly buried in a coffin. The coffin was underneath a three-ton tank filled with water. Buried underground, Blaine consumed only liquid for seven days. When he emerged after a week, he was surrounded by eager photographers, who had been waiting outside his tomb. Blaine won’t reveal the secrets behind any of his magic tricks.

However, he has said he regularly undergoes endurance training to extend the length of time he can survive with a reduced amount of oxygen. Strategies to avoid hypoxic brain damage while he is limiting his oxygen intake include weight loss, holding his breath for gradually increasing periods of time, and sleeping in a hypoxic tent to increase his red blood cell count.

Builder Mick Meaney, of Mitchelstown, county Cork, Ireland eventually gave up his dream of becoming a professional boxer. Still longing for fame, Meaney dedicated himself to tirelessly pursuing another dream: breaking the existing world record for the number of days someone had spent buried alive. Since he had previously been briefly buried alive during a workplace construction accident, Meaney knew he had the mental fortitude to stay calm while buried underground. His physical preparation included eating a diet solely consisting of steaks (though he also allowed himself cigarettes). For three weeks, he also staged workouts, doing partial press ups in a large, open coffin that his agent, Butty Sugrue, placed in the Admiral Lord Nelson pub.

On February 21, 1968, Meaney invited reporters to what he called his Last Supper at the pub. That night the closed coffin, with Meaney inside, was lifted onto the back of a truck. The coffin was then lowered into a hole and buried seven feet underground. By the time he was buried, Meaney’s coffin had been fitted with two pipes, one for food and one for speech and ventilation. Meaney could release his waste through a hatch in the coffin. He had carefully considered every element of his stunt, except one. He never informed his wife, Alice. She learned about his plan through a radio report.

Meaney stayed underground for 61 days, beating American Digger O’Dell’s previous record of 45 days. Unfortunately, unlike O’Dell’s, Meaney’s achievement was never recorded in the Guinness Book of World Records. He was deemed ineligible, since no Guinness judge was present when he climbed out of his coffin.

The time Meaney spent buried alive spoiled his life. Though he was offered an advertising deal with the razor company Gillette, and a world tour, neither plan came to fruition. His daughter, Mary, claims he spent his entire life trying to recapture his elation upon emerging from the soil. Though Meaney’s triumph eventually brought him sorrow, others found his experience humorous. At his wake, the priest delivering Meaney’s eulogy said, “I’ve never buried someone who has been buried before.”

In 2009, South Korean archeologists created a full scale model, a digital recreation of facial and physical features based on information from a then 1,500-year-old skeleton. A 16-year-old with a wide face, slender fingers, and a long neck, her grace charms contemporary observers. She may have possessed natural beauty, the archeologists who exhumed her say, but she lacked prestige. An examination of the bones in her knees reveal she was often kneeling. This confirms she was a servant, since servants often knelt while performing household tasks or knelt in deference to their masters.

Her life may have been difficult. Her death was harrowing. By examining her skeleton, scientists confirmed that she was buried alive when her masters died, in accordance with the 6th century tradition in Japan‘s Gaya Kingdom. Deprived of oxygen, she suffocated. In 1937, French inventor Angelo Hays, then 19-years-old, went for a motorcycle ride. He hit a brick wall while he wasn’t wearing a helmet. Because Hays’ body was disfigured by the accident, his parents weren’t summoned to identify the body. As he didn’t have a pulse, his doctor pronounced him dead. Shortly before Hays’ unpleasant pleasure ride, Hays’ father took out a life insurance policy on his son worth 200,000 francs. The insurance company holding the policy required an opportunity to verify Hays’ death before the money was awarded. Though his parents were resistant to the insurance company’s demand, he was exhumed two days after burial.

His body was still warm, because wasn’t dead. He was unconscious, due to the concussion he received during his motorcycle wreck. He survived burial, because his comatose state decreased the amount of oxygen he needed to stay alive. Since his near death appeared accidental, his parents were never prosecuted. Hays used his experience to benefit others. He invented a security coffin with a breathing tube, toilet facilities, and a radio transmitter, designed to allow those who were wrongly buried to convey messages above ground. 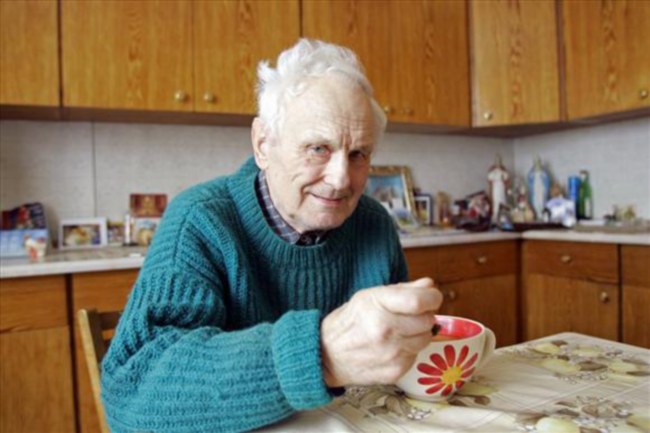 Contemporary doctors can bring those who are legally dead back to life using an automated external defibrillator (AED). However, physicians are still susceptible to human error when determining whether a patient has died. In 2010, Polish beekeeper Josef Guzy suffered a heart attack while tending his hives. An ambulance was called, and Guzy was taken to the hospital. His attending physician said he wasn’t breathing. He had no pulse, and his body was cool. The doctor pronounced him dead.

Guzy was taken to the mortuary. After Guzy’s body was placed in a coffin, his widow, Ludmilla, asked the undertaker, Dariusz Wysluchato, to remove her husband’s watch. When he slid the watch off of her husband’s arm, Wysluchato told Ludmilla she wasn’t a widow after all. He felt a pulse in Guzy’s wrist. As soon as he was safely returned home, Guzy said, he thanked the undertaker by bringing him a pot of honey.

According to an Indian folktale, a daughter was born to an 11th century Hindu couple from the Brahmin cast. The delighted parents took their infant daughter to an astrologer, whom they hoped would foretell her future. They were devastated when he said their daughter would marry a Muslim man. This detail of the folktale has a factual basis; the sociocultural and sociopolitical tension between Hindus and Muslims eventually led to the formation of the country of Pakistan, which separated from India in 1947.

The couple couldn’t allow someone who might marry a Muslim to stay in their home, but they couldn’t bear to kill their daughter. Instead, they placed their baby in a wooden box and let the box float away on the Indus River. Atta, a launderer, was washing clothes in the river when he found the box. Besotted with the baby, he brought her home to his wife. The couple named her Sassi, meaning “moon.” Like many heroines in folktales, Sassi became a kind, virtuous, and beautiful woman. After he heard a troubadour praising her beauty, Punnu, a Muslim prince, was determined to meet Sassi.

Punnu’s family members were alarmed by his hasty marriage, as he had not allowed his father to approve the caste and religion of his beloved. Only a Muslim princess would be a suitable wife for the prince. Punnu’s brothers tried several times to lure Punnu back to his village. Each time, he rebuked them. Finally, Punnu’s brothers tempted him with drink. Drunk, he finally agreed to leave his beloved wife.

The next morning, Sassi awoke to find her husband wasn’t beside her. She roamed the desert, crying out for him. After her long search, Sassi was starved. Her throat was parched. Her feet were bruised and bleeding. When Sassi begged the gods to protect her from the advances of a lascivious, wandering shepherd, the Earth opened beneath her, entombing her. Later, when Punnu was returning to his wife, he saw her duppatta (shawl), laying near her grave site. When he pleaded with the gods to forgive him for leaving Sassi, her grave opened. Punnu, too, was entombed. The couple’s alleged grave is located near Karachi, Pakistan. Punnu and Sassi are believed to be the only couple in a Muslim country buried in a joint grave. In 2015, a Kurdish Iraqi woman who has asked the press to refer to her only as Lava accepted a male co-worker’s offer to drive her home. In Iraq, women are only permitted to go outdoors when accompanied by a male family member. When she accepted a ride from her co-worker, Lava was breaking the law. Accusing her of dishonoring her family, her brothers coerced her into a car by threatening her with a gun. They drove into the mountains. When they stopped, they forced Lava to walk with her hands tied behind her back. Though she implored her brothers not to kill her, they dug a grave, pushed her into the hole, and buried her.

Octavia Hatcher of Kentucky was allegedly bitten by a tsetse fly in the late 19th century. The bite caused a blood infection. Pallid and unmoving, Hatcher was believed dead, and she was hastily buried. However, others in her community who suffered similar bites gradually recovered from their blood infections.

Observing his neighbors’ improved appearances, Hatcher’s grieving husband worried he might have buried his wife too early. When he exhumed his wife’s body, his fears were confirmed. Her nails and fingertips had been worn away when she attempted to claw out of her coffin.