10 Reasons to be Terrified of Flies

According to one survey from 2016, about 25% of respondents reported having a fear of insects. A lot of us are just creeped out by them. And among the world of insects, flies stand out as some of the most unpleasant. They’re around all the time, they can bite and spread disease, and some species like bot flies are infamous for implanting larvae in your flesh. Gross! But if you’re still not convinced that flies are worthy of your fear, let’s take a look at some more of the terrible things flies bring with them.

10. Some Flies Vomit So They Can Dry Out Their Stomach Contents If you saw David Cronenberg’s The Fly you learned in gross, 80s special effect detail how a fly eats. They don’t really have a mouth made for chewing like a mammal does, so, instead, they vomit on things to allow their stomach acid to pre-digest it and then slurp it up with a straw-like mouth.

On a small, real life scale, flies do this constantly, pretty much any time they land and that includes on your or the food you’re eating. But it’s not always because they’re trying to eat you and your dinner. Sometimes it’s just to air out their last meal. Flies barf up vomit bubbles because they have obviously small stomachs. They vomit the contents up so that it can partially dehydrate in the open air. Less moisture means it takes up less space so they can in turn go on to eat even more.

9. Bot Flies May Lay Eggs In Your Eye You’ve probably read about or seen videos depicting bot flies in the past. These flies can lay eggs on animals, including humans, and the larvae will hatch inside your body and then grow larger and creepier inside of you until it’s removed or wiggles out on its own. It’s very unpleasant to look at and probably worse to experience. But that’s arguably the best outcome from dealing with a bot fly. Because some kinds don’t just want to grow in your arm or a leg.

Species like the sheep bot fly and the Russian bot fly have been known to implant their eggs in human eyes. The resulting condition, called ocular myiasis or ophthalmomyiasis interna, can lead to blindness. In 2022, doctors in France had to remove a dozen maggots from the outside layer of a man’s eyeball. Keep in mind, the maggots also have spikes on them to prevent being pulled out. How much do you know about how flies mate? You’re about to learn more than you wanted to know. Turns out that, in Brazil, there’s a cave-dwelling fly known as Neotrogla curvata. This fly does things in a most unexpected way, which is to say that they mate for dates at a time and the female uses a thorn-covered penis to penetrate the male and stick to his inside so she can’t come loose.

After 40 to 70 hours locked together, the male will deliver a sperm packet that will fertilize the female and from there everything works like you’d expect. If you were to try to pull the flies apart before the end of that mating session, the female’s firm grip would actually cause the male to rip in half.

7. Coffin Flies Can Survive for Generations in a Grave With a name like “coffin fly” you can tell this insect is going to be at least a little bit creepy, and it is!  Also known as scuttle flies and humpback flies, these little pests have a voracious appetite for carrion which can include human corpses as well. The name coffin flies is owing to the fact these things can be found thriving inside of sealed coffins, feasting on the rotten remains therein. They can burrow down six feet into the soil in search of a meal.  That’s the equivalent of a human digging two miles for a meal.

Once they get into the coffin, the flies will lay eggs and the maggots begin to eat the remains. They seem to prefer lean tissue as opposed to fat, and they can breed for several generations in a sealed coffin, dining on the remains of their host until there’s nothing left for them to eat. In terms of what that means in terms of days and weeks, the flies have been observed breeding on a body that had been dead for 18 years. Crypts have been opened after people observed flies outside and discovered the entire thing full of flies on the inside. House flies are annoying but ask anyone in the world where horse and deer flies live what’s worse and there’s no question. Deer flies bite and feed on blood. If you get caught in a swarm on a hike, you’ll go home with holes in your flesh and maybe some scars, too.

In addition to the physical damage, a deer fly can also carry all kinds of terrible diseases, parasites and bacteria including anthrax, hog cholera, tularemia, anaplasmosis, and Lyme disease among several others. With a round, yellow-orange head, the flies are very noticeable and their behavior is also a standout. Not only do they prefer food that is already in advanced stages of decay, they are also highly active during the winter unlike other flies which prefer warmer weather. They were also thought to be extinct for over a century.

Aside from their dietary habits, their name comes from the fact the flies have a habit of bouncing on the bodies they’re found in, and in large enough groups they look like they’re skipping all over the bones. This is how the maggots move about, curling and rapidly uncurling their bodies so they bounce around.

The flies both feast on and breed in the marrow of crushed bones so they prefer larger animal carcasses.

4. Fly Vomit May Be Worse Than Fly Bites We already talked about fly vomit once but there’s so much more to say! For instance, in addition to being extremely disgusting, it’s also potentially very dangerous. Probably more than most of us realize. Research has shown that common houseflies are perhaps far more adept at making people sick than we previously realized. Most research into flies and the diseases they cause focus just on flies that bite. But the vomit from non-biting flies can contain bacteria from feces, corpses, rotten food, and sewage.

We mentioned the vomit bubbles earlier, and that’s where the problem comes in. They’re bubbling up all that bacteria all the time so whenever you see a fly on your food, on your furniture, or on you, that’s what it’s doing. So far, the flies and the bacteria they spread is not widely understood because research is limited. But there is some evidence that the flies may actually help breed antibiotic resistant bacteria, making it even harder to deal with the illnesses they cause.

3. A Species of Fly Has Evolved to Only Live in Two New York Parks 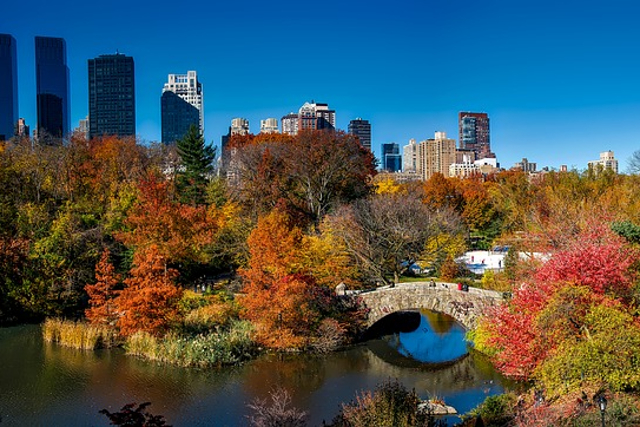 Insects in general are highly adaptable. Part of this is due to the fact insects are better able to take advantage of evolution than humans. A housefly lives for about a month at most but they can reproduce up to 6 times in a month. So 5 generations can exist in a month, or 60 in a year. It can take a million generations for evolution to make meaningful, permanent changes in a species so if a human generation is 30 years, then it will take 30 million years to evolve. A fly, on the other hand, takes just over 16,000 years. Meaning it’s much faster. And sure, that’s all speculative, but the point is flies can change pretty quickly, relatively speaking. For instance, Central Park in New York has its very own species.

Also found in Prospect Park but nowhere else, the New York species has evolved to breed in the feces of waterfowl like ducks and geese. It would be hard for such a species to thrive in the wild naturally, but residents constantly feed the birds in those parks which allows for the flies to thrive.

2. Flies Perceive the World Much Slower Than We Do If you’ve ever had a fly in your house that has been getting on your nerves only to get more and more annoying as you try and fail to swat it then you are already tangentially aware of flicker fusion.

We take it for granted that flies are just really adept at avoiding attacks so that when you try to swat one, especially with your bare hand, you come up empty quite often. They’re too fast and too agile and that’s a result of how their brains work.

In addition to all kinds of physical adaptations that give them speed in flying and launching themselves to safety, it may be hard to believe but a fly brain is far better than a human brain when it comes to perception. Flies have a higher flicker fusion rate than humans.

Flicker fusion refers to how many images your brain is able to process per second, what you might consider the frame rate of your own thoughts. Flies have a flicker fusion rate 6 times faster than humans. In practical terms that means flies exist in a world that is much slower than ours. When you swing as fast as you can to swat a fly, it is able to perceive your movements 6 times better than you can which, to the fly, makes you look 6 times slower.

For a visual representation of this you can check out the X-Men, of all things. In the movie Days of Future Past there’s a great scene in which the character Quicksilver, who has superhuman speed, kicks into action and the movie is shot so that the world around him appears to slow to a crawl. Obviously this is just a fun fictional representation, but it’s arguably similar to how a fly must see the world.

1. Robot Flies Are Among Us

If real world flies weren’t bad enough, science has gone out of its way to mimic and improve upon them with robotic flies that can serve a variety of purposes out in the world at large.

The University of Washington created a robofly after 20 years of research into how to make something small and functional. The technology will allow the tiny robots to gain access to places humans are too large to enter and while they were no doubt designed for more altruistic means, search and rescue is definitely one of the biggest reasons to use a tiny robot like this as well as searching for things like gas leaks, you can easily see where they could become problematic. There’s a saying about wanting to be a fly on the wall to listen in on private conversations and now you can literally put a fly on the wall to be used as a spy.

Robot fireflies are another innovation in the flying robot bug world. They too have been designed with disaster rescue in mind, with the added aspect of using lights as a form of communication to better coordinate rescue efforts if the flies find someone trapped in a collapsed building, for instance.

Various bug designs have been in development for some years now but it seems likely that it’s only a matter of time before the robot flies are in common usage. Or maybe they already are.