Evolution is a remarkable process. Any life form from lowly sponges to massive whales can show evidence of how the process of adaptation has worked to its benefit over many long generations. Sometimes an adaptation works so well it becomes a defining characteristic of every branch of that life form’s family tree. Other times they probably fail miserably and die out. But the truly interesting thing is when evolution rolls the dice on something a second time. Some trait, some adaptation, that arises in one life form and then a totally separate life form that is barely related, if at all, evolves similar traits independently. And it happens more than you’d think.

10. Things Keep Evolving into Crabs in a Process Called Carcinization Science has bad news if you’re not a fan of multi-legged creeping life forms that skitter about and have claws. Nature wants everything to be a crab. In fact, nature wants things to be crabs so much we have a word for it – carcinization. That’s the process of a creature that is not crab-like evolving into something that is crab-like and it keeps happening.

While we need not fear that we’re going to turn into crabs one day, the process does seem to affect creatures that started life in the general sort of “crab-like” space. Which is to say crustaceans that are like lobsters or hermit crabs, ones that are not crabbed shaped initially, do evolve towards crabs. It has happened three times in a group of crustaceans called anomurans. What they evolve into is not technically a true crab, it’s not like they can change species, but they become crab-like in appearance.To a layperson, the sort of rounded shaped shell, the many legs and possibly claws as well would make you think you were seeing a crab.

King crabs, those staples of buffets around the world with their long legs, are an example of this. A king crab is not a true crab, but an anomuran decapod. Its ancestors were actually hermit crabs. Hermit crabs have to use the shells of other sea life as they have a very soft exoskeleton, so the evolution to a king crab, which does have a sturdy skeleton, is fairly dramatic. Other examples include porcelain crabs and hairy stone crabs which are also not “true” crabs. But their journey towards crabdom has been independent and a very unusual example of convergent evolution. Pitcher plants often fascinate people more than the average garden flower if for no other reason than they’re carnivorous. The idea of a stationary life form feeding on other life forms is unique. Or it seems like it should be. However, evolution seems to enjoy this concept greatly. So much so that pitcher traps have evolved totally independent of one another at least six different times. These plants are from different families entirely including Bromeliaceae, which is where you’ll find pineapples.

Unrelated lines of carnivorous plants are most prominent in three families. These plants are not to be mistaken with a Venus flytrap, which catches prey with a different mechanism. Instead, pitcher plants are defined by evolving a sort of cup that contains a digestive fluid. Insects or other sources of nutrients fall into the cup, often thanks to the slippery outside which evolved independently in most species, and fall in. Methods of attracting, holding, and digesting prey are remarkably similar across numerous species, even though they are from decidedly different biological backgrounds.

8. Three-Toed and Two-Toed Sloths are Not Closely Related The internet loves a good sloth video and why not? Sloths represent an optimal life to many people. They relax, take it easy, eat and sleep. That’s enviable in its way. And we even have two sloths to choose from, the three-toed and the two-toed variety. While both of these creatures are known for being extremely slow, living in trees, and hanging upside down it’s also obvious that, from the outside, they do not look all that similar.

The two-toed sloth is the shaggier of the pair and related to the giant prehistoric sloth called Megalonyx and Mylodon darwinii. Three-toed sloths are more closely related to Megatherium. But like the three-toed sloth, the two-toed has evolved to live, upside down, in trees, even though none of its large ancestors did. And that means this tree-based living is a defining characteristic of both species that evolved independently. If the two species even shared a common ancestor, scientists aren’t sure of when it may have been or what the creature was. Their best guess is that if there was one, it was definitely not hanging around in trees.

7. Falcons are More Closely Related to Parrots Than Eagles A lot of people are frightened of birds and Alfred Hitchcock was well aware of this. It doesn’t help much when scientists are out here telling us that dinosaurs turned into birds so essentially every chicken is a tasty T. Rex.

In the world of birds, some are definitely more intimidating than others. The birds of prey are naturally intimidating thanks to their flesh-rending beaks and claws. Hawks, eagles and falcons all seem to have speed and fury on their side. But the unusual thing here is that falcons are not the same as those other two. Despite how easy it is to mistake a falcon for a hawk, the two are only distantly related and another example of convergent evolution at work.

Rather than being closely related to eagles, falcons are actually much closer to parrots. The fact that a peregrine falcon, literally the fastest creature in the world, is closer to a parakeet than an eagle seems somehow wrong.  Despite that, DNA evidence proves that the common ancestor of the two birds has them much more closely related to each other than other birds of prey.

6. Humans and Cephalopods Have Eyes That Are Very Similar Every year it seems that new research further proves that octopuses are remarkably intelligent animals and we’re doing a great disservice to them by ignoring that fact. It’s not just their brains which are unique, however, pretty much everything about octopuses as a species is remarkable. Take their eyes, for instance. They operate in a way very similar to human eyes but very obviously evolved in a totally independent way. The same thing can be found in other cephalopods like squid. Somewhat more remarkable is that the same genes are responsible for the eyes in both us and them.

There’s a gene called Pax6 which is responsible for the basic construction of eyes in nearly every creature. It is found in a massively diverse number of animals which means it predates evolutionary diversification. So it goes back over 500 million years. Think of it like a control gene that governs how an eye is formed – that can be a compound insect eye, a lizard eye, a bird eye and so on. But when it comes to humans and cephalopods, it formed a very similar structure for each, what we call a camera eye. There’s a lense, an iris, a fluid filled interior, and so on. And across 500 million years and two species, one on land and the other in the sea, convergent evolution allowed for the same basic structure to come about in both.

5. New World and Old World Vultures are Not Closely Related 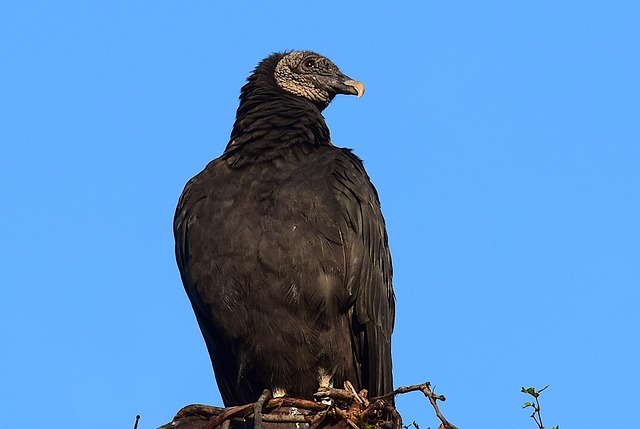 There are 22 species of birds called vultures in the world. You can typically recognize a vulture as a fairly large bird, usually bald, and prone to eating carrion. In general, they seem a little gross by human standards, what with their heads buried in rotten carcasses all the time, but they do provide a great service by cleaning up all that toxic, bacteria-laden meat so don’t be too hard on them.

Those 22 bird species can be broken down a little further as Old World and New World, meaning vultures found in Europe, Africa and Asia, and then ones found in North and South America. Despite the remarkable similarities between New and Old World species, there are genetic differences which indicate many of these birds evolved convergently.

Old World vultures seem to have evolved from birds of prey, they’re an offshoot of the raptors. However, New World vultures can trace their ancestry to storks. There are a lot of unique and even terrifying creatures in the sea. One of the most unusual is the electric eel. They can generate up to 500 volts (some say 600 volts) at one amp of current. But this is not the only electric fish. And others that have the same ability are not related to the eel. In fact, electric fish evolved independently in at least six different instances. These animals all make use of the same genes, they just happened to do it all over the world in different times and places.

While eels live in freshwater, electric rays can be found in the Atlantic ocean. Like all rays they are wide and flat and nearly the exact opposite of an eel in appearance. But their electrical generating abilities are very similar. And because we know most fish don’t have the ability to generate electricity, the idea of a common ancestor among the diverse electrical species doesn’t make sense. The ability came about uniquely and independently. It just did so a half dozen times.

3. Sugar Gliders Are Not Related to Flying Squirrels Sugar gliders and flying squirrels are two of the most delightfully weird little mammals you’ll find in the treetops. Both have wide flaps of skin under their arms that allow them to glide from branch to branch, both have long tails and big eyes and if you didn’t know a lot about either species, you’d probably have no idea how to tell them apart with just a cursory inspection. Koala bears are perhaps Australia’s most memorable residents, right up there with kangaroos but arguably more popular thanks to their adorable appearance. Cute as they are, you’d never mistake a koala for a human because, well, they’re two-foot tall gray bears that live in trees. Koalas are marsupials and most closely related to wombats, opossums and, yes, kangaroos. However, in a case of very unique convergent evolution, their little marsupial fingers feature fingerprints that are so close to human fingerprints even experts may have trouble telling them apart at first glance.

To find a common ancestor between humans and koalas you’d need to go back about 100 million years, well before even the T. Rex walked the earth. Nonetheless, their fingerprints look and potentially work the same as humans. Since koalas only eat eucalyptus leaves, and even then only certain ones, it’s very likely that tactile function is important to help choose the right leaves and those fingerprints come in handy. They need precise grip and sensitivity, much like humans, so it seems their fingerprints evolved along a similar path as ours. Bats and dolphins are about as different as any two mammals in the world can possibly get. Yet despite their incredible differences there is evidence to show that convergent evolution was at play in both species to develop their remarkably similar echolocation abilities.

In analyzing several bat species as well as dolphins, scientists discovered similar genetic signatures in 200 genomic regions related to echolocation. The researchers were expecting only to find 10 to 30 genes in common. When they looked at bats that didn’t use echolocation, none of these genetic similarities occurred.

In specific, a mutation in a protein called prestin that affects how hearing works has occurred in both bats and dolphins. That this mutation could occur in two greatly different species and have the same outcome was not expected and has shown that convergent evolution goes far beyond those physical adaptations we see on the surface and includes genetic adaptation as well.