Advancements in technology continue to blaze a trail at warp speed, creating both welcomed pleasures and unforeseen perils. Although the convenience of mobile phones, email, and 24/7 pizza delivery is hunky dory, humans are rapidly moving closer to extinction by their own doing (nuclear weapons, global warming, wilful ignorance, etc.).

That said, here’s a list of scientific breakthroughs we’d like to see before the final curtain falls.

Animals make the best companions. Unlike people, they don’t pass judgment, humblebrag, or talk ad nauseam about how busy they are. However, being able to speak with our furry friends would be a much-welcomed modern upgrade.

While landmark studies involving communication with killer whales and primates have produced astonishing results, neither species are practical house pets. So instead, all we need is a gizmo that translates what your cat or dog is saying, providing hours of meaningful conversation while also no longer wasting money on unwanted toys and boxes of supposedly tasty treats.

If you haven’t seen John Carpenter’s 1988 cult classic, They Live, don’t bother. Instead, just look out the window to experience what wrestler-turned-thespian Roddy Piper horrifically discovered: our planet is enslaved by the media. They Live shows that it takes a special pair of sunglasses to see it. Blocking all media content (magazines, billboards, screens, etc.) exposes hidden messages with sinister commands like OBEY, CONSUME, and SUBMIT.

Things have steadily progressed since then. Despite having seen what “Rowdy” Roddy saw, most of us carry screens in our pockets — and we can’t seem to leave them alone. In the age of surveillance capitalism, nobody seems to mind being exploited. Still, it would be nice to take a break now and then. Well, good news: a prototype already exists.

IRL (In Real Life) Vision not only resembles the specs from the movie, but they also use flattened, rotated polarised lenses to block LCD/LED light. Looking through them, TV screens, computer monitors, and other displays appear to be off. The creators don’t intend to stop there, though. Alongside other projects, like signal-blocking clothing, they’re developing IRL Vision to block all types of screens, including OLED billboards and smartphones.

One thing that makes the future so gloomy is the promise of resource scarcity — not just of fuel to get us to Walmart, but of food, freshwater, and maybe even breathable air. However, we may have simply missed the obvious because everything basically consists of the same stuff. Whether it’s crude oil, Pepsi, or emmental cheese, they all mainly consist of four key ingredients: carbon, oxygen, nitrogen, and hydrogen — none of which are in short supply. So why can’t we combine them ourselves?

3D-printed food and drugs are likely to be a thing in the future, but not using atoms directly. Nestlé plans to use nutrient powders —a bit like the capsules for Nespresso—and Big Pharma will do the same with base drugs. But there is a genuinely revolutionary alternative: the creation of matter from light. Physicists have been able to convert photons, accelerated close to lightspeed, into matter and its counterpart anti-matter.

Although we’re still a long way from household applications, the research is pretty astounding. And an energy-based replicator like this is closer to what they use in Star Trek, making us one step closer to boldly going…well, you know the rest. 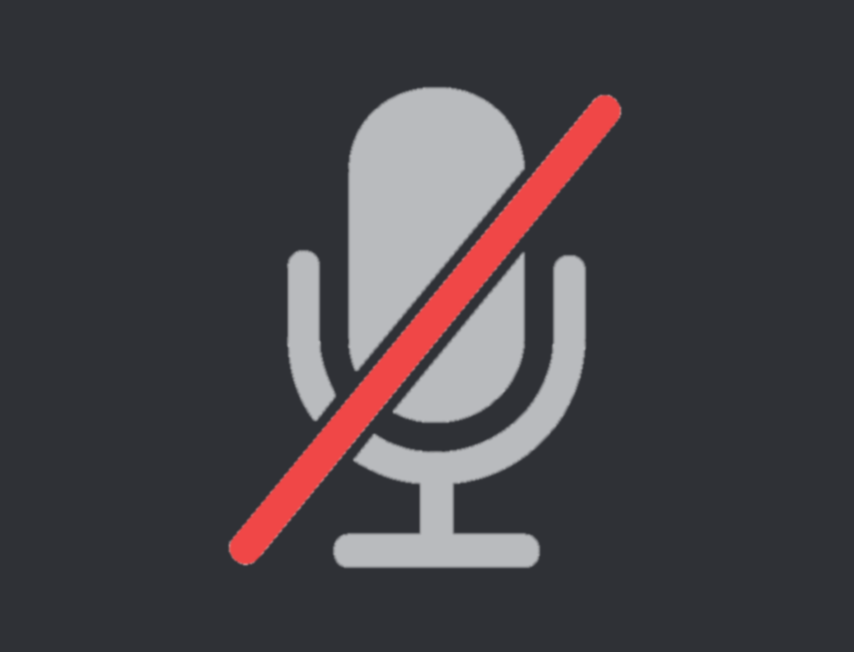 A lengthy scientific study isn’t needed to determine that one of life’s biggest annoyances are people who don’t know (or care to) turn off the sounds on their cell phones while #$%&! texting. More than ever, a pocket-sized Go Away Gadget (GAG) is needed to eliminate this public nuisance and silence rude offenders.

It should be noted that mobile phone jammers already exist and would do the trick nicely, but there’s just one slight problem: they’re illegal. These devices (aka ‘blockers’) are typically used by law enforcement to disrupt communication by deliberately transmitting signals on the same radio frequencies as mobile phones.

But all that’s required for this specific purpose is a GAG, an invaluable weapon in the ongoing battle waged by Rebels Against Stupid Humans (RASH). Just a simple reminder that bells and whistles belong on nuclear subs — and not necessary when texting their #$%&! BFF about #$%&! ROTFL. The current nightmare of air travel leaves much to be desired, making us yearn to get away from it all — like another planet. Fortunately, thanks to billionaire space cowboys Richard Branson and Jeff Bezos, hope could be on the way.

Both men launched successful galactic missions in 2021 and aim to make commercial space travel as common as fender benders at a Trader Joe’s parking lot. But it may take a while — and won’t be cheap.

Bezos, the world’s richest man, has already spent around $5.5 billion to fund his space company, Blue Origin. “It’s going to take decades and decades to achieve, but you have to start, and big things start with small steps,” said Bezos. “That’s what this sub-orbital tourism mission allows us to do, it allows us to practice over and over.”

Another possible solution to the misery and time suck of travel is whirling through tubes. Futurama was pretty clear about that. Fast, fun, and apparently free, they’re infinitely more scenic than the subway. They’re user-friendly, too. Cops on your tail? Some lunatic has an AK-47 at the local mall? Annoying acquaintance alert? Just hop inside the tube and tell it where to go!

We still have to iron out some details (like how they’ll actually work), but there is a historical precedent. Between the 19th and 20th centuries, with telegraph cables overloaded, New York, Paris, and London were each experimenting with pneumatic postal tube systems. You’d put your post in a capsule and pop it in a tube to zip across the city underground. Unfortunately, it wasn’t cost-effective, and letters got damaged in the pipes. But it worked.

So could tubes be adapted for people? Probably not, but that hasn’t stopped Elon Musk from trying. The gazillionaire entrepreneur’s Hyperloop, where, in theory, pods reach close to the speed of sound on low-friction pockets of air. We say “in theory” because it would be bat guano crazy dangerous. But nothing ventured, nothing gained, eh? When it comes to laundry detergent, consumers are presented with loads of choices touting “All-in-One” features. And while the ability to clean, remove stains and brighten clothes is undeniably impressive, perhaps someday scientists can adopt the same comprehensive approach to invent a product that remedies everything from acne to the Zika virus.

The promise of miraculous cure-alls is nothing new. Beginning in the late 18th century, huge crowds flocked to medicine shows to hear silver-tongued showmen peddle tonics, ointments, pills, extracts, and a host of other panaceas guaranteed to ‘cure what ails you.’

Not surprisingly, these snake oil potions were seldom miraculous. The medicine show would become an important part of American culture, giving rise to a never-ending wave of conniving hucksters, politicians, and promoters, including PT Barnum, who famously said, “There’s a sucker born every minute.” 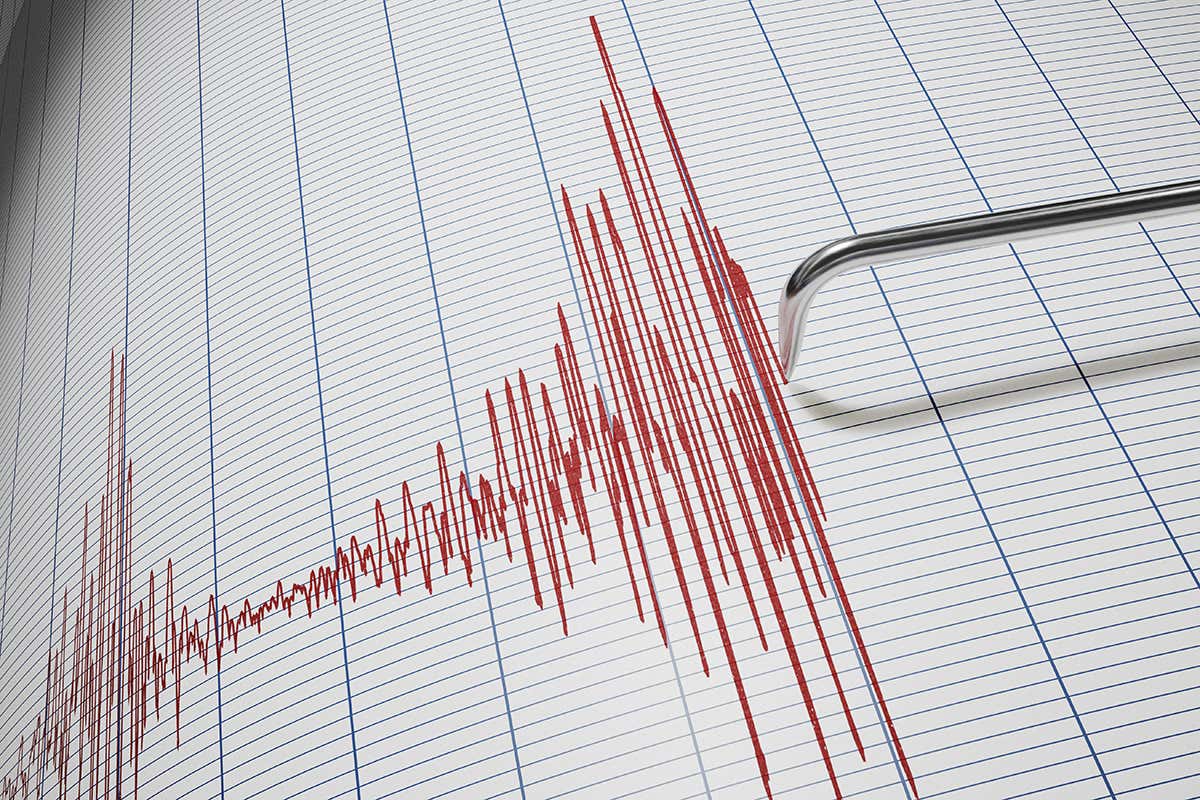 Fueled by a perfect storm of social media, well-coordinated propaganda, and tribal politics, the 21st century has ushered in the Golden Age of Lying. Sadly, the once admirable virtue of honesty is now a thing of the past, joining humility and common decency in the garbage bin. Although the assault on the truth shows no signs of abating anytime soon, a portable, battery-operated Bulls**t Detector (BSD) would offer some ammunition in the fight against fibbing.

The origins of the polygraph test (aka lie detectors) date back over 100 years, with various contraptions designed to measure blood pressure, heart rate, and respiration rate to help detect deception. Despite improvements over the years, the device remains expensive and clunky. It’s also easily defeated by countermeasures, such as breath control or increasing one’s heart rate by stepping on a thumbtack hidden in a shoe.

A portable BSD could be the immediate game-changer to level the playing field. Also, warehouses and landfills full of beepers from the 80s and 90s could be repurposed, making the units cost-effective and easy to operate. At the very least, activating a BSD when someone is blatantly lying will allow the user to say, “Sorry, that’s just my Bulls**T Detector literally going off.” According to a recent report by the World Bank, global waste will increase by 70 percent on current levels by 2050 unless urgent action is taken. This is bad. Like Donald Trump dancing bad. The solution? Evaporating garbage.

Plastic waste is especially problematic as rapid population growth and urbanization wreak havoc on Earth’s fragile ecosystem. Although improved recycling efforts and waste management is a step in the right direction, rubbish that disintegrates after use would be far more preferable and immediate.

“Mismanagement of waste is harming human health and local environments while adding to the climate challenge,” said Laura Tuck, Vice President for Sustainable Development, World Bank. In other words, the planet will soon be an overflowing dumpster fire that only hastens our impending demise. But what if you could somehow take all your toys and jettison yourself into history? For example, what if you could keep up to date with ‘Bob’s’ Instagram feed while living in prehistoric times with a band of hunter-gatherer-horticulturalists?

Surprisingly, scientists are working on it. In fact, Google lists a number of time machine patents. Possible methods are space compression/time dilation, gravity distortion/time displacement, and world-altering atom machines for “copying and pasting” through history. Quantum computing and faster-than-light travel are also being explored.

Unfortunately, there’s always some fidgy-widgy catch. Theoretical physicist Ronald Mallett says his method, which involves lasers, gravitational fields, and curving spacetime into a loop, would allow us to travel only as far back as when the machine was first used (i.e. not even back to today). No thanks, Ron.

But there is another, more magical option: the Hyper Dimensional Resonator (HDR), a device that claims to reinforce vibrations that cross between dimensions. Sounds wacko? No more so than other gadgets people buy, spending big bucks despite the likelihood of it actually working mirrors a real life Mission Impossible.