The specter of the American government declaring bankruptcy gets trotted out particularly often any time there’s a change in the majority party. Because we’ve been told for decades what a large, scary number America’s National Debt is, the populus fears that the time when it causes another Depression could come at any time. It couldn’t even be said to catch us by surprise, since there were many alarmists that would be able to tell us that they told us so.

Well we here at TopTenz are not alarmists. We’re here to tell you what would happen in the event of the USA declaring bankruptcy for the first time since 1933, and the prospect isn’t pretty. But we’ll also tell you why certain aspects of it, by their nature, ensure it’s very unlikely. Certainly, stranger things have happened, though. After all, other nations have experienced it hundreds of times in modern history, and their experiences are the evidence we’ll be using for this list.

10. Massive Shortages Across the Board In 2001, Argentina declared bankruptcy brought on by the fact its government had attempted to match the value of its pesos with the US dollar. The impact went far beyond the immediate impact on their currency and their accounts. It meant that gas stations often no longer had fuel to sell. It meant that grocery stores ran out of food. After all, what company would ship such goods to regions filled with little to no money, but lots of desperation?

You might be inclined to believe that America is a resource-rich country that can sustain itself off home-produced goods (especially if you have an anti-globalist, America First outlook) but America imports vastly more resources than it exports (roughly fifty percent more), and not for nothing. Considering that bankruptcy also comes with with massive inflation, many communities will be full of people whose money no longer has enough value to make sending resources to them worth it for companies.

9. Banks Will Empty Out Back in 1933 during the Great Depression, banks were forced to close as they were reviewed for solvency. As a result, thousands of local banks were closed and savings went with them as patrons rushed them to withdraw their money, although it’s worth noting that at the time there was an overabundance of banks so that there was one for every thousand people. Since then, we’ve seen a similar event happen in 2008 when the US government had to bail out its largest national banks.

However, as of 2016, the Federal Reserve reported that the banks had only grown larger since their bailout nearly a decade earlier. In the event of the government declaring bankruptcy, there will be no one to bail the banks out, so then the closings would be far larger in impact, and in terms of lost savings. It would be a particularly embarrassing case of not being able to learn from a mistake.

8. Chinese Currency Will Collapse Too

It’s scary for many Americans to think that America owes $1.2 trillion to China as of August 2017. Indeed, that was used as a campaign point during the 2016 presidential race. But actually, in a somewhat twisted way, it’s the result of a policy that keeps America and China strong. China needs to keep its currency, the Yuan, lower than the US dollar because keeping their products affordable in America keeps their manufacturing profitable. Thus they have a fixed exchange rate with the US dollar.

If the US dollar collapses, then the yuan plummets in value in order to continue staying at a fixed rate during American trade, or they’ll lose vital demand to keep their manufacturing centers open. So if you were ever worried that the Chinese government would use this debt leverage to sink the US economy, you can be assured it would be only slightly less suicidal for them than it would be for North Korea to use any of their nuclear weapons.

7. Barter Economies Will Be Ready Nothing would help the average person remember that money is merely a medium of exchange with no intrinsic value more than if they suddenly had none and no reliable means of getting it. Such was the fate of much of the American public in 2007 when the nation was rocked by a major recession. What millions of Americans did instead of succumbing to fear was turn to a barter system. According to Reason.com, by January 2008 Craigslist.com’s barter pages had increased one hundred percent in terms of postings and traffic. Now consider how much more extreme the financial pressures brought on by a national bankruptcy, instead of a recession, would be.

This was not something that was only done among average poor people, either. 2007 also saw companies and corporations in the United States increase their use of bartering for goods and services by roughly $16 billion. Under these circumstances, people who have stockpiled basic necessities may well make off like bandits or gain considerable influence in their communities for when the economy recovers from the bankruptcy. 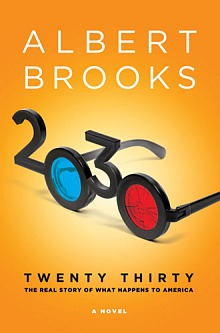 In Albert Brooks’s bestselling novel 2030, he postulates a scenario where, after a particularly devastating earthquake strikes Los Angeles, the USA is too bankrupt to pay to restore the city and has to let Chinese contractors come to fix it at the cost of Los Angeles becoming part of China for 50 years. While in real life something that extreme is unlikely, it certainly would not be unprecedented for the federal government to sell off assets for debt, even in relatively recent times. Westcoastbk.com tells us that in the 1990s this was the reason that a number of military bases in America were closed.

Even without selling off the Gross Domestic Product of any cities, the federal government has access to resources that would more than deal with projected debt. In 2014, it was reported that the US has access to $128 trillion in mineral rights alone, on land and offshore. The square mileage of that is larger than the entire land surface of Canada. Just maintaining all tens of thousands of underutilized buildings owned by the federal government costs $1.66 billion annually, so if a significant number of those buildings were sold it would save the government considerably, never mind all the money that could be made from the sales. In short, the federal government has plenty to offer our debtors and many ways to tighten its belt if debts come due.

5. Many Will Be Driven from Their Homes Despite the ability of the government to (likely) eventually deal with enormous debt on a national level, in the interim it would still be able to wreak havoc on even government employees. During the 2013 government shutdown, employees were evicted while on furlough or even those that were still active because their pay was suspended and their landlords couldn’t wait for them to receive back pay before removing them from their homes. Considering that’s what happens to the people that continue to be vital to the government, what fate can the privately employed people expect?

Well, consider this: in a three month period following Greece’s economic crisis and despite billions in bailouts, Athens’ homeless rate rose roughly forty percent, and there was little improvement to the economy years later. For an indication that’s closer to home, the Mortgage Bankers Association reported that 1.2 million households were lost to the 2007 American recession. Frankly, it would be amazing if there weren’t cities of homeless people for at least awhile after the government declares bankruptcy.

It’s often forgotten in this turbulent political climate that part of America already has declared bankruptcy: the recently devastated territory of Puerto Rico. Even before it was devastated by Hurricane Maria, Puerto Rico was in such massive debt that it sought bankruptcy protections in May 2017 for its seventy billion dollar debt. One consequence of this was that the US government was sued.

This was because it had guaranteed that the bonds that had been issued to people who invested in Puerto Rico back when the Puerto Rican government was doing much better (the downturn essentially began in 2006 when financial stimulus from the federal government was cut off). So if America’s federal government defaults on the approximately four trillion dollars that the government owes to foreign governments other than China, there would be lawsuits that would last long after the economy would likely be restored.

3. Demanding Money from the World Bank In the event that that then-President and others do not want to risk the humiliation of selling off American land and mineral rights to pay off debt, appeals can be made to the International Monetary Fund/World Bank. There certainly wouldn’t be any moral objections that the IMF could be expected to express. In February 2016, for example, the organization was contemplating providing four billion dollars to Azerbaijan and $3.5 billion to Nigeria in bailout money even though the two countries were notorious for corrupt and abusive actions taken to prop up their petroleum industries.

By contrast, in 2011 it was reported that IMF had exerted considerable effort in attempting to persuade developed countries, particularly the United States of America, to give loans in developing countries even though there was little to no hope that they would ever see a return on their investments. So naturally if the IMF wants the developing world to continue developing, it and other nations will very likely be willing to provide some measure of bailout money.

2. Get Away With Not Paying All Debts

Before we get to the grimmest single entry on this list, let’s take a break and talk about something that’s not so dark, at least as far as the US itself is concerned. Returning to the 2001 Argentinian bankruptcy once more, or more specifically an act performed by the Argentinian government several years after. With equal amounts of gall and savvy, they offered to pay their creditors back one third of the amounts owed in exchange for the forgiveness of all debts. That might seem completely unacceptable, but the thought of getting one third of their money back, even if it meant sacrificing the promise of getting twice as much down the line at some unspecified time, was enough that fully half of all the creditors took the deal.

Thus it’s quite possible that if, in this hypothetical situation, the American government waits some time, it could persuade its creditors that accepting considerably less than they were owed would be preferable to making it impossible for the American economy to recover, and thus increase the risk they never get anything. As a popular saying in the world of finance goes, “When you owe the bank $100, you have a problem. When you owe the bank $1,000,000, they have a problem.” Unsurprisingly, newly bankrupt governments have consistently seen massive drops in their security if for no other reason than they can’t afford their law enforcement. Examples of this in recent times include when, in 2013, the 2012 Olympics left Rio de Janeiro bankrupt. What ended up happening was the budget for all forms of security was cut in half and only police salaries were still funded. Now imagine the impact that could have on DNA tests and other forms of crime scene investigation, airport security, secret service protection, etc.

Now add on top of that all the people that will be furious because they lost their life savings (forever, as far as they know), anxious because this is a highly unfamiliar situation, and potentially a situation where vital resources such as oil and food won’t be accessible. Consider that in 2013, a year after declaring bankruptcy, the city of San Bernardino, California saw a fifty percent rise in its homicide rate, and remember the advice city attorney James Penman gave: “Lock your doors and load your guns.”