The night is dark and full of terrors, but so is your house. Even though most of us look at home as a sanctuary, as a place to protect us from the stresses and dangers of the outside world where we can relax and watch Netflix in our underwear, it’s not without its own unique dangers. In fact, there are things in your home that may be killing you right now.

For many years, smoke detectors were the only safety features you needed to have with fresh batteries in your home. They warned you of potential danger and would go off when you burned toast. But in recent years carbon monoxide detectors have also become must-have features for home safety. But why is that? Smoke detectors have an obvious link to a safety concern – if a fire starts, they go off. Where’s all this carbon monoxide coming from?

According to the CDC, about 430 people die in their homes every year because of carbon monoxide poisoning. Another 50,000 end up in the hospital. It builds up in your home thanks to fumes produced by a number of appliances. In particular, things you use for home heating like furnaces, stoves, lanterns, and so on. This becomes a much more serious danger during the cold months or when power goes out.

Red blood cells bond very easily with carbon monoxide and CO replaces the oxygen in your blood when you get exposed. There is no odor or color so most victims have no idea it’s even happening. You’ll get dizzy and weak and experience a headache before passing out.

Carbon monoxide detectors are able to sense the levels in the air before they become lethal and could potentially save your life. Without them there is no way to know and, in cases where people have been asleep or drunk, they simply never work up. Of all the things that pose a risk in your home, from the stairs to the bathtub to the electrical wiring, you’d think paint would be the least harmful. There’s a reason we liken boring things to watching paint dry. It’s not an active substance. Unfortunately, paint is a lot more dangerous than it seems, at least if you have an older home.

Millions of houses are full of this stuff, often hidden below layers of fresh, non-toxic paint. Even dust can be breathed in and ingested. And unlike some toxins, the effect is cumulative. Lead will build up inside you and cause more and more damage over time.

In 2017 alone, lead accounted for over 1 million deaths. Also it’s been ranked for how it affects the lives of those who survive with various disabilities. That number is called disability-adjusted life years, and refers to how many years of healthy life are lost as a result of long term health effects. The number is 24.4 million years. Everyone agrees that sleep is great and maintaining a healthy work/life balance is going to be good for you. What some evidence is suggesting is that this is also conditional on when and how you balance these things. For instance, if you work the night shift, your schedule may be killing you.

The evidence is very limited right now, but researchers have determined that night shift work is probably carcinogenic. The word “probably” doesn’t inspire a lot of confidence one way or the other, but they’re basing this mostly around animal models combined with the limited human data available. People who work at night tend to have higher than normal instances of breast, prostate and colorectal cancer.

For what it’s worth, another study was conducted and couldn’t find significant links between cancer and night shift work so, at the end of the day, more research is needed. But the potential does seem to exist, so it’s something to keep an eye on. The International Agency for Research on Cancer has listed processed meats as definite causes of cancer. That makes them a Group 1 carcinogen. What else is in group 1? Cigarettes and alcohol. So having a smoke and having a hot dog have that in common. Cigarettes are far more dangerous, but ham and bacon are proven cancer risks just the same. It’s not like science is debating this one anymore; it’s known.

Researchers suggest cutting your consumption back to decrease risk. For instance, if you eat 90 grams, go back to 70. They recommend less, but you have to start somewhere. 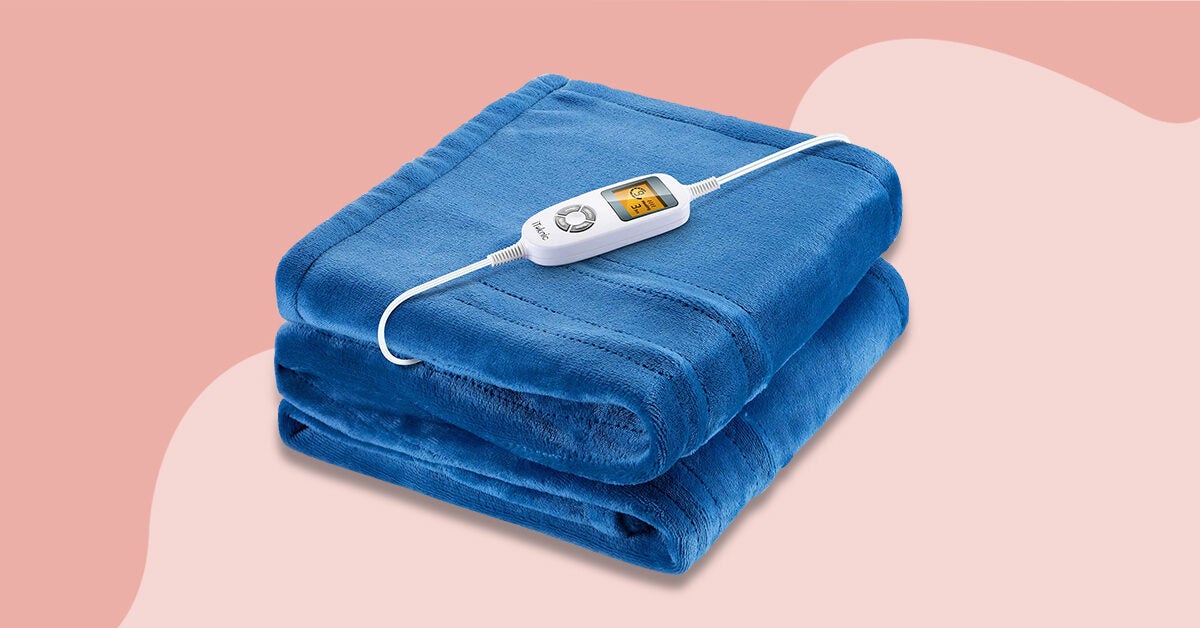 Some people are just more prone to being cold than others, and for them, an electric blanket is a godsend. They’re beloved by grandmas and the chilly the world over. But they’re also hiding a sinister secret.

When the weather isn’t hot, no one really gives things like heat stroke a second thought. Electric blankets can cause the same symptoms, however, and – in some cases – have resulted in the deaths of users.

In one case, a husband and wife using a heating blanket in bed were found to have body temperatures in excess of 100 degrees in the winter. The wife was taken to the hospital with a temperature of 104 degrees. Her husband, who had been using the blanket, died in the bed. His temperature was 106.2 degrees.

The last thing you’d expect to be dangerous in your house is the foundation. At the very worst, you may have to worry about water leaks thanks to cracks. That said, there is a second issue with building foundations that many homeowners don’t take into consideration, which is radon.

Radon is the second leading cause of lung cancer after smoking. Every single state has high levels of radon, even though most people have no idea it’s an issue. The entire thing sounds very sci-fi when you hear it all laid out.

Radon is radioactive gas, the product of the breakdown of other radioactive materials like uranium and other ore in the ground. Basically, any radioactive substance is going to degrade into radon eventually. That gas permeates the soil and is released into the air. Out in the open, this is no big deal. But if it seeps into an enclosed space, like your basement, it can be deadly.

When you breathe in radon particles, they release radioactive bursts in your lungs that can mutate tissues and cause cancer. If you’re a smoker, your chances of getting lung cancer are 1 in 10. If you’re a smoker with radon in the house, it’s now 1 in 3.

Radon will seep into a home through any crack. It’s a gas after all, and your home is probably not air tight for obvious reasons. There are ways it can be prevented, but it’s also nearly guaranteed that you currently have at least low levels in your home. Thanks to Mary Poppins, many people have grown up thinking the life of a chimney sweep is all singing and soot. In real life, chimney sweeps were subject to seriously high levels of scrotal cancer. But you don’t need to be a chimney sweep to worry about the dangers above your fireplace. It causes other problems, too.

Chimney fires are a constant issue in America. About 25,000 of them break out every ear thanks to poor cleaning and maintenance issues. Around 400 deaths and 1,500 injuries per year are caused thanks to fireplaces and wood stoves.

Alongside fires, improper ventilation of fireplaces and wood stoves causes particle pollution in the house. That can lead to asthma and other breathing difficulties and has even been linked to obesity and diabetes. If you have one, you need to ensure it’s being used safely and responsibly to avoid a host of dangers. Who would have guessed our cookware had it in for us? The sad fact is Teflon, that non-stick coat found on the vast majority of modern pots and pans, can cause cancer and other serious health effects like birth defects and liver damage. This is a fact DuPont was well aware of and even tried to cover up, resulting in a $16.5 million fine from the EPA.

More insidious than Teflon pans is the fact it’s the chemical perfluorooctanoic acid in it that causes problems, and that chemical is in damn near everything. Microwave popcorn bags, that piece of paper under a frozen pizza, and many other food packaging materials designed to help your food slide out easily. Once the chemical is in you, it doesn’t leave.

In pans, Teflon has to heat up to a very high temperature to break down. Then the fumes it creates can be inhaled. But you need pans to get very hot, up over 500 degrees. No big deal, right? Most of us don’t cook that hot. In fact, most non-stick pans don’t even include PFOA anymore, anyway.

But, as we have seen, it does get into your body other ways. Food packaging is one, drinking water is another. It can even be inhaled as dust from some stain-resistant carpets. Everyone loves a hot tub now and then, and most of us are even aware of some dangers. There’s a well-spread warning that if a man soaks too long it’ll lower his sperm count. But there are a few more hot tub dangers out there than just some cooked eggs.

Hot tubs offer up a menagerie of potential illness and dangers depending on circumstances. They’ve been linked to rashes, Legionnaires Disease, urinary tract infections and allergic reactions to the cleaners used in them. And there’s even something called Hot Tub Lung.

Mycobacterium avium complex bacteria thrive in warm environments. They can adhere to bubbles in hot tubs and become aerosolized, making their way to your lungs. This can lead to flu-like symptoms. Is anything better than getting home from a long day of work, grabbing a drink, and flopping on the sofa to just veg out? According to researchers, the answer is yes. Anything is better. That sofa is killing you.

Sitting around too much is apparently as unhealthy as smoking and eating terrible foods. Or at least it’s in the ballpark. Sitting for long periods of time has been linked to an increased risk of premature death. If you’re asking death from what, you may want to sit down. Seems like it’s death from literally everything. Whatever could kill you will kill you faster if you’re spending too much time on your butt.

From heart problems to diabetes to cancer to dementia. If you sit, you’re in danger. And if you think exercise balances it out, that doesn’t seem to be the case. It’s not like sitting for two hours can be erased by exercising for two hours. The bad effects of sitting just exist, they don’t go away unless you just don’t sit around all the time. Their advice is to make sure you get up and move around for a few minutes every half hour.