It’s an oft repeated fact that there is no word in the English language that rhymes with either, “Orange”, “Purple” or “Elephant”, is that true? Probably not because people make up new words all the time. Well Eminem, yes, that Eminem, thinks that’s a load of crap too, but for a different reason, that reason being that the only thing stopping you from rhyming any two words is how down and dirty you’re willing to get with the English language. 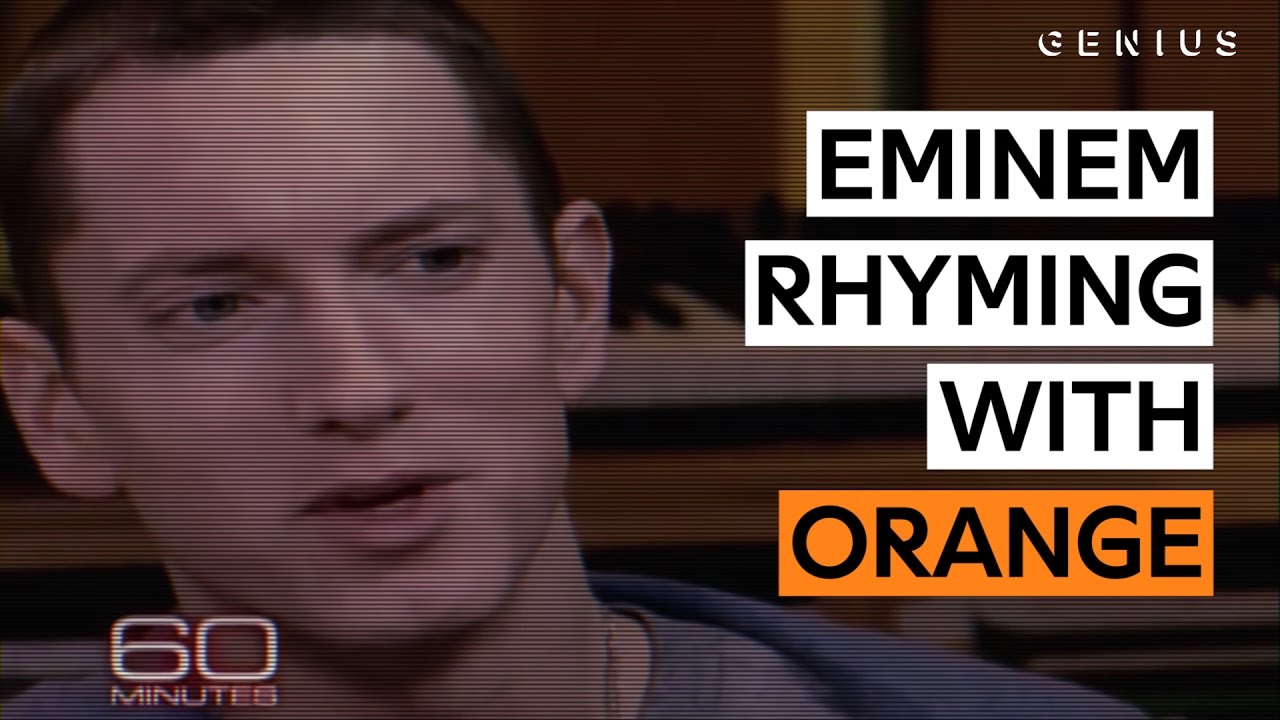 Eminem in a rare moment of not punching the English language into submission with his tongue.

In an interview with 60 Minutes the controversial artists tells Anderson Cooper that people who think there’s nothing out there that rhymes with “orange” just aren’t rapping hard enough. He then proved its by stressing the importance of enunciation, quickly followed by an on the spot rep where he rhymes, orange with door-hinge. When asked about how he learned to do this, Eminem simply responded that he used to read the dictionary. You heard it here first, folk, reading is Eminem approved.