Usually when we think of archaeology, we’re thinking of something very old and ancient. Oddly enough, that doesn’t just apply to the things being discovered such as ancient tombs, or dinosaur bones. But the idea of discovering these things seems to be old, too. The fact is that archaeologists are discovering new things all the time. Here are 10 of the most recent and surprising things that archaeologists have dug up around the world.

Discovering an old burial site, or even an old temple is impressive, but how about an entire kingdom? A farmer in Turkey discovered a stone tablet while trying to irrigate his land and brought it to the attention of archaeologists. The tablet relayed the tale of a regent named King Hartapu who took on and defeated the legendary King Midas.

Most of us know Midas from Greek mythology as the king whose touch literally turned anything into gold. As this tablet shows, Midas was in fact a real man at one point in time, though his ability to turn things into gold was probably less genuine. The more notable facts relayed in the stone tablet is that King Hartapu ruled the kingdom that was able to take on Midas in his own kingdom of Phrygia.

The hieroglyphics used on the tablet are called Luwian and they date back to around the 9th to 7th centuries BC. Other tablets some miles from this site also named check King Hartapu but so far even the name of his kingdom eludes archaeologists. But the fact they now know one existed there and the name of its monarch is a pretty impressive piece of history to just dig up one day on a farm. 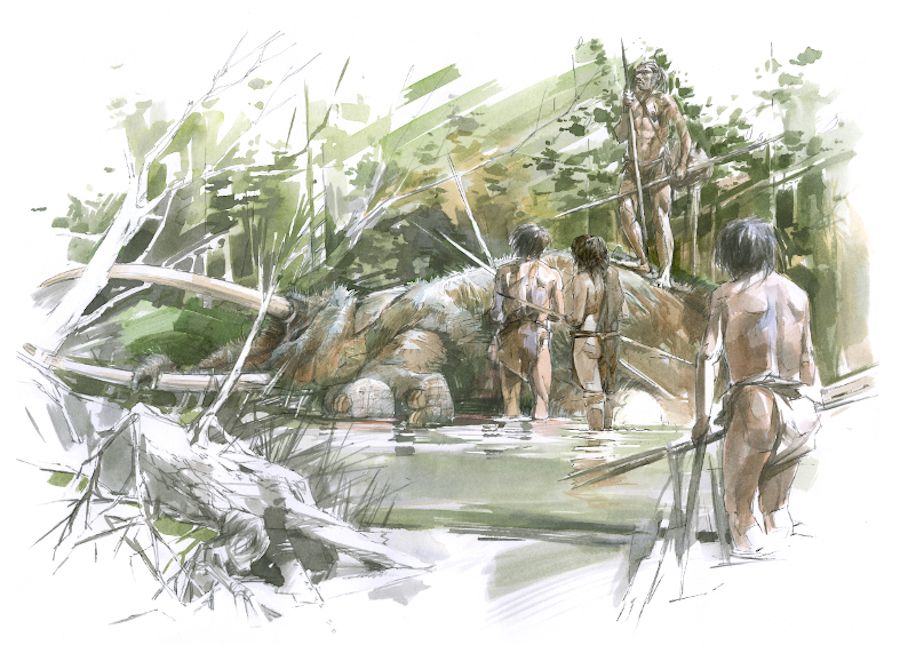 Mastodons and woolly mammoths once walked the Earth in abundance and it seems clear that they were precursors to our modern-day elephants. But there were other creatures roaming the Earth back in the day that were ancestors of our modern elephants that are a little less well known. One of these was recently discovered in Germany dating back 300,000 years.

The nearly complete and in remarkably good condition skeletal remains of the Eurasian straight-tusked elephant are much larger than our modern-day elephants. Its tusks were seven and a half feet long, and the remains indicate that it likely died of old age based on where it was discovered. There’s also evidence that after it died, both carnivores and then later primitive humans may have scoured the carcass clean for whatever they could find.

Other Eurasian straight-tusked elephant remains have been found in the past in and around this part of Germany, but none were nearly as complete as the skeleton discovered in 2020.

Alive, the elephant would have been 10 and a half feet tall at the shoulder and weighed about 7.5 tons. A good-sized modern African elephant will weigh about 6 tons, making this ancestral species quite the beefy member of the family tree. “The Book of Two Ways” was an ancient Egyptian text meant to help guide the dead from this world to the next. Written 4,000 years ago, it is also now officially recognized as the oldest illustrated book in existence.

Archaeologists discovered the writings in the sarcophagus of a woman whose name was Ankh. They detail how her spirit should traverse the underworld and spells that she could cast if things like demons or raging fires beset her. Apparently it’s all written with male pronouns as well despite the fact that it was in a woman’s coffin because the dead were treated as male to be more like the god Osiris.

The fragments were actually discovered in 2012, but looters had ransacked the burial site and everything was in such poor condition that it took this many years to preserve it for study.

Long before Mel Gibson screamed “freedom” while bagpipes played, the real William Wallace was giving the English forces in Scotland everything he had to make them leave the country. Word is when he wasn’t running sorties against the English he was holed up in a hidden fort near Dumfriesshire that was lost to history a long time ago.

The fort was not part of the movie, but it is said that in real life Wallace and several of his men hid in this well-protected fortress from which they planned and carried out several attacks on English forces.

Archaeologists were able to use drones and a 3D topographical survey of the land to discover natural features that matched up with historical descriptions of the fortress and its appearance. Though there’s no literal fortress there any longer, the area does match up with the expectations from the stories that were told of it. It’s amazing what science can tell about a person based on nothing more than their skeletal remains. Take, for instance, the two 1,500-year-old skeletons archaeologists unearthed near Mongolia. The two women were likely warriors, one aged about 20 and the other around 50. They were able to determine that the women were both likely accomplished horseback riders and archers based on the remains.

The spines of both women featured the kind of spinal trauma indicative of those who frequently ride horses, and they also had damage to their fingers in a way consistent with someone who frequently used a bow.

The women were of the Xianbei people and it’s possible that these were the same sorts of women who inspired the story of Mulan, famously retold by Disney with the help of a cartoon dragon. 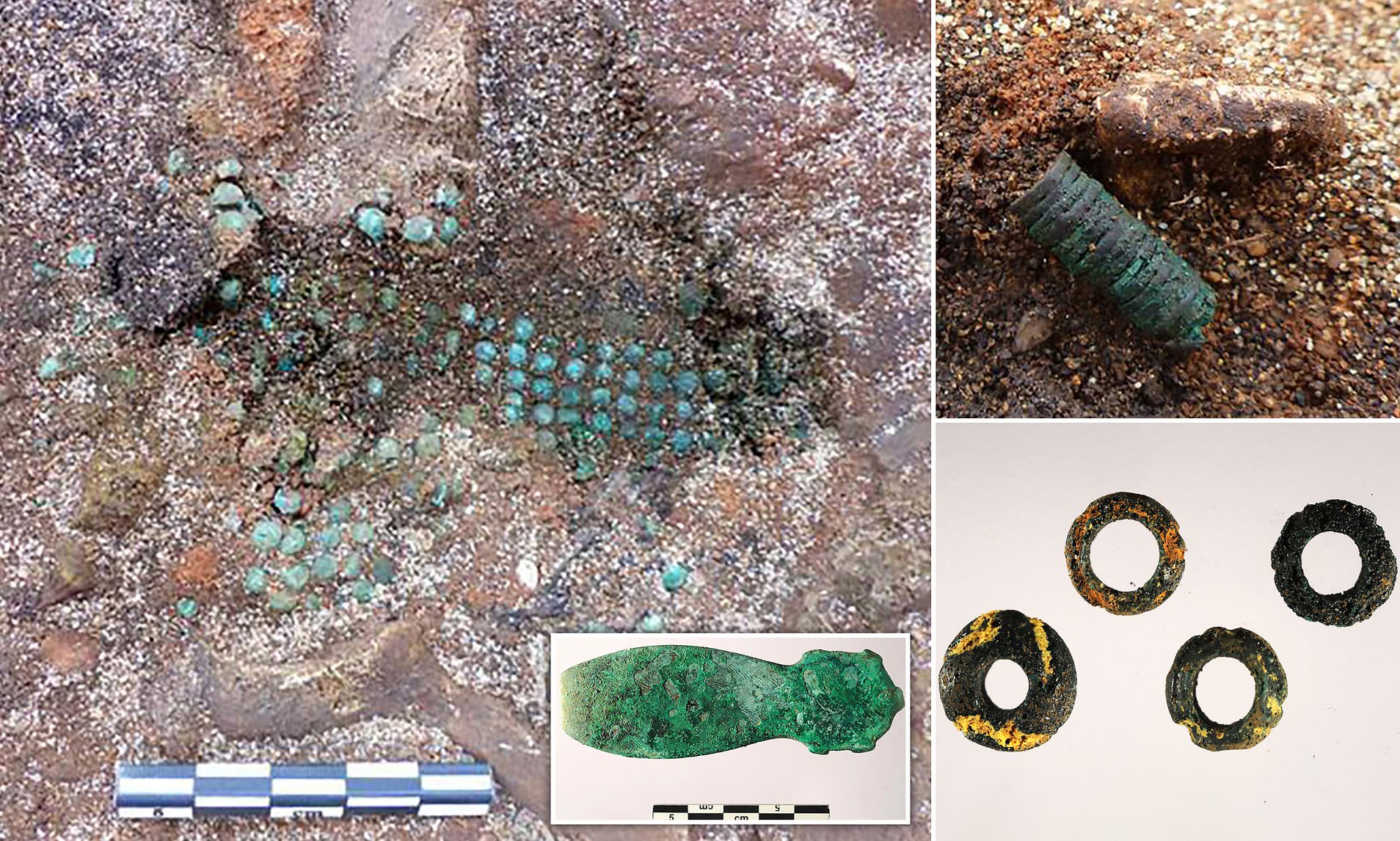 Archaeologists working near St. Vulbas, France discovered the tomb of what they believe may have been an Iron Age princess. Dating back about 2,800 years, the coffin contained the remains of a woman adorned with blue glass beads and small bits of copper jewelry like a belt buckle and bracelets.

During her time the people in the area would have been part of an agrarian society, very focused on working the land as well as having some artisanal skill if the jewelry is any indication. The area where she was buried also had several other bodies that had been cremated, and evidence that some plots may have been empty of bodies but containing things like food which was a common practice for ancient cultures.

4. The Oldest Wooden Structure Ever

When we think of ancient structures and marvels of the world from yesterday, we think of things like Stonehenge or the pyramids, structures built from stone and sand that can stand the test of time and the elements. Wood is not the sort of thing known for its remarkable longevity on the same scale that stone is. But something had to be the oldest wooden structure in existence, right?

Archaeologists in Europe are pretty confident that a 7,000-year-old oak well may be the oldest wooden structure ever discovered. Created by farmers the year 5256 BC, the wood of the well was preserved for all this time because it was actually underwater. If it’s allowed to try out now, it will likely crumble and fall apart. Efforts are underway to find a way to preserve it through other means.

The well was discovered in the Czech Republic during the construction of a new motorway. Despite the fact that the only tools available in that time would have been made of stone or bone, the workmanship of the well shows some advanced techniques. There are grooved corner posts with planks inserted and everything seems to have been formed with master precision.

It’s exciting when archaeologists discover an entire ancient tomb of treasures. Maybe a lost city that up until now had only existed in myth. Even something like well-preserved weapons from ancient people, or an old temple or church. It’s the things that give us a glimpse into the scale of what ancient people are capable of, or what their lives might have been like that really seemed to grab our attention in the present. A decidedly not exciting thing would be string.

For a lot of history during which Neanderthals have been known, they’ve often been depicted as brutish and stupid caveman types. But there is some evidence that neanderthals were much more advanced and intelligent than we at first gave them credit for. And one proof for this is 50,000-year-old string.

The oldest string ever discovered prior to this new discovery was about 19,000 years old. The string fragments found amongst other Neanderthal tools indicate that these people likely had been using the string to create other items, such as baskets or nets. Regardless of what it was used for, it shows that their cognitive abilities were much more advanced than we give them credit for, and they very likely were similar to us in a lot of ways.

Discovering a lost city is probably pretty exciting, but also unexpected when it turns out it was in your backyard. This was the case for a Mexican cattle rancher when he discovered what is being called Lacanja Tzeltal, the ancient capital of the kingdom of Sak Tz’i’. The site was likely settled in 750 BC and was occupied for a solid millennium.

The story of the site’s discovery is as interesting as the site itself. An archaeology student who was working in the area got flagged down by a carnitas seller who let him know that his friend found a stone tablet in his yard. After the area was protected from the cattle ranchers cows, a 45-foot pyramid was located on the site as well as an ancient ball court, sculptures, and other items that indicated some religious significance from the time.

It’s taken years to uncover as much as they have so far, and excavation was expected to continue in the summer of 2020 using LiDAR technology, although it’s unclear if the coronavirus pandemic has put a hold on those plans or not

Archaeology doesn’t always paint a pleasant picture of the past. For every unique and fun thing that is dug up from history, there are just as many signs of the brutality and awfulness of bygone eras that many of us were never aware of, or sometimes just choose to overlook. Few archaeological discoveries in recent memory exemplify this better than what was discovered in 2019 in Peru.

Sometime in the year 1450 there was a serious storm in the area of Chimu which is now known as Peru. These torrential rains caused devastation and in an effort to appease the gods and convince them to stop the terrible weather, they sacrificed 137 children as well as 200 llamas.

The site was discovered in 2011 when a local man complained that his children had been bringing home bones every day. The site has been excavated since that time and now a full picture of what may have happened there has taken shape.

Though the idea that the sacrifices were made in response to serious torrential rains is just speculation, since it’s impossible to know exactly why it happened, it is a good guess based on available information. Regardless of the reason, the site is the largest mass child sacrifice grave ever discovered in archaeological history: 140 children and 200 llamas had their hearts removed and their bodies left at the site.

Based on the remains, especially how many of them had clear cutting marks across the chest and displaced ribs, it seems obvious that their hearts were taken out. Ages range from 5 to 14-years-old,  and they otherwise seem to have been in good health.