All of us have grown up reading about the most prominent scientists and mathematicians from history, such as Einstein, Newton, Archimedes, Marie Curie, Pythagoras, Darwin and the like. These names reverberate throughout history not just for the weight of their discoveries and inventions, but also for fundamentally shaping up our collective understanding of the world.

Missing among them, though, are the names of countless other scientific geniuses that got left out of history books for one reason or another. While some of them, like Pierre Louis Maupertuis, got overshadowed and by their more powerful rivals, others, like Brahmagupta, existed so long ago that we’ve just kind of forgotten about them. All of them, however, did as much – if not more – to advance the field of science as anyone we mentioned above. If we were to count everything Pierre Louis Moreau De Maupertuis was good at, we’d probably be here for a while. Born in France in 1759, Maupertuis was a gifted mathematician, biologist, geneticist, philosopher and physicist. He was an active proponent of Newtonian physics, proving for the first time that the Earth is actually an oblate spheroid instead of a sphere – an achievement that earned him an invitation to come and live in Berlin by King Frederick II. He was also a pioneer in the fields of evolution and genetics.physics.

His most important contribution to science, however, was the ‘principle of least action’. Simplistically put, it’s the principle that given a finite amount of time, any system – say, a car going from one point to another – would minimize the amount of energy it uses as a whole. While it may not make much sense to most of us, the concept is now a central part of many major branches of science, including theoretical mathematics, quantum mechanics, fluid mechanics and particle physics.

Unfortunately for Maupertuis, the most vocal critic of the principle also happened to be one of the most influential figures in Berlin at the time: Voltaire. According to some accounts, it was his scathing, often-public criticism of the principle – now a founding pillar of physics – that forced Maupertuis to leave Berlin in 1753. The development of the modern scientific method is often credited to Roger Bacon – a 13th century scientist and philosopher from England.  While he definitely played a pivotal role in introducing the concept to European scholars, he wasn’t the first – or even the second – person in history to come up with it. The scientific method – or the practice of hypothesizing, observing, experimenting and peer reviewing any scientific result to determine its accuracy – was first developed by Ibn Al-Haytham, an Islamic polymath, more than two centuries before that.

Born in the 10th century at the peak of the Golden Age of Islam – a nearly five centuries long period of immense cultural, economic and scientific progress in the Islamic world – Haytham may as well be one of the most important scientists in history. He was the first to use the scientific method to verify his results, which was soon adapted by many other scientists of the era.

That’s not it, though, as he also made many crucial discoveries in other fields, especially optics and medicine. He was, for an example, the first scientist to realize that vision doesn’t originate from light emitted from our eyes – a widely-believed theory at the time – but external sources of light. Nuclear physics was big during the early part of the 19th century, not because of its potential applications in war – even if that may have been one of the reasons, too – but to understand the fundamental structure of the atom. Quite a few scientists and researchers from that time made notable, game-changing contributions to the field throughout the world, though we only remember the famous ones like Marie Curie and Niels Bohr.

One of them was Lise Meitner, an Austrian-born scientist of Swedish descent. She – along with  Otto Hahn; an early pioneer of nuclear chemistry – discovered a whole new element called Protactinium in 1917. Her most contribution to science, though, was the realization that some radioactive elements decay and lose some of their mass over time, releasing huge amounts of energy in the process. She had stumbled upon the phenomenon of nuclear fission, permanently changing science – and warfare – forever. The Nobel Prize for the discovery, however, went to Otto Hahn in 1944 – a decision still contested by the scientific community at large.

Unluckily for Meitner, she also happened to be a Jewish scientist living in Berlin during the rise of Adolf Hitler. While the Nazis were especially keen on not letting Jewish scientists escape, she was able to get on a train out of Germany in 1938, spending the rest of her days in Sweden until her death in 1968. 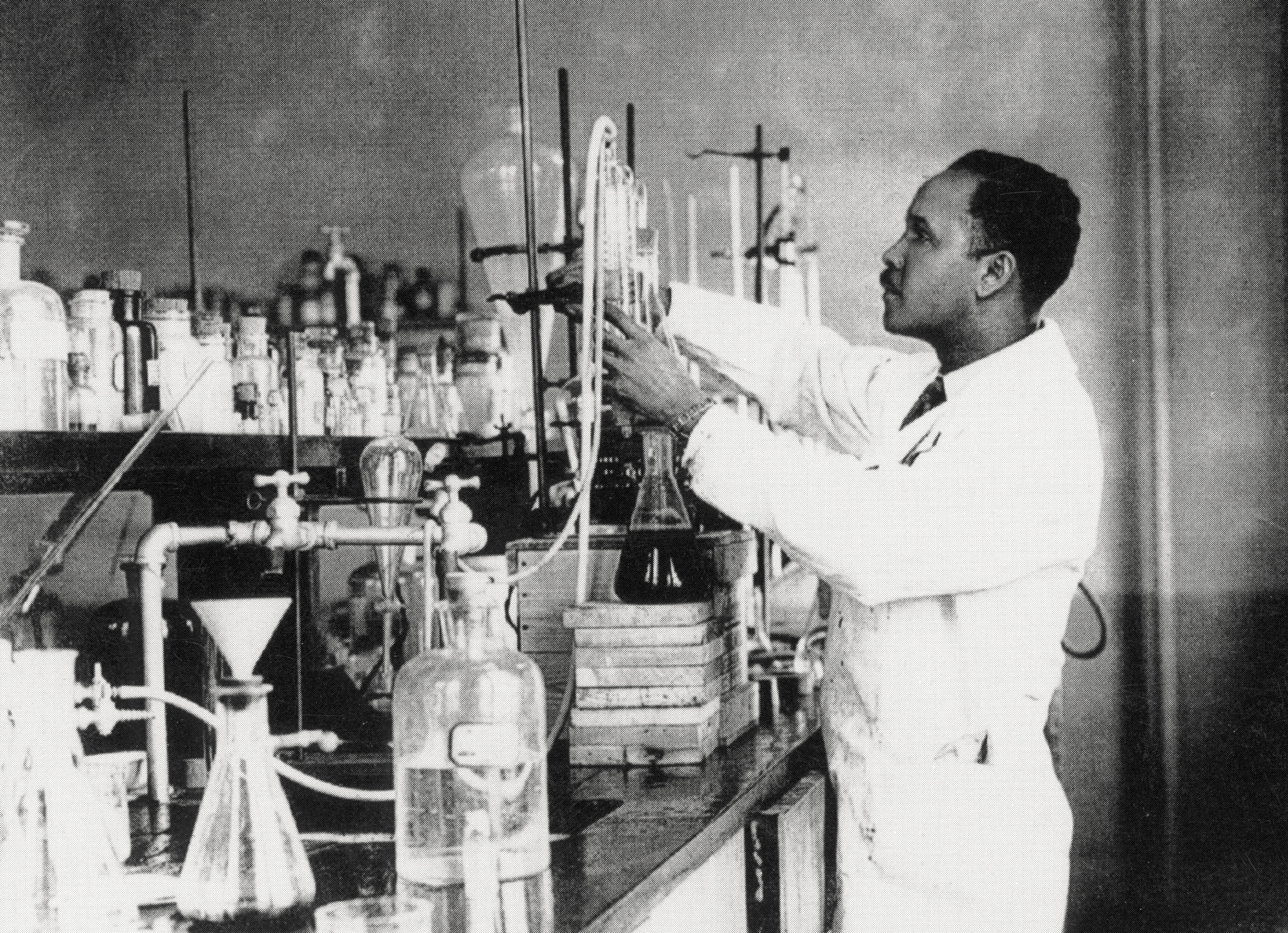 Percy Lawson Julian was an African-American scientist born in Montgomery, Alabama in 1899. He lived during the segregation era, and hence couldn’t complete school because no high school in Montgomery at the time would admit black students.

Despite the many challenges he faced throughout his life, Julian was always a gifted student, especially in chemistry. While he never passed the 10th grade, he still gained admission to DePauw University in Indiana. He’d go on to study at some of the most prestigious universities in the world at the time, including Harvard and University of Vienna.

While he lost a lot of opportunities due to his race, Julian’s work in synthesizing various chemicals from plants would still change the world in more ways than one. His process of synthesizing useful chemicals from soybeans led to the invention of Aer-O-Foam, an invention that’d end up saving many lives during WW2. 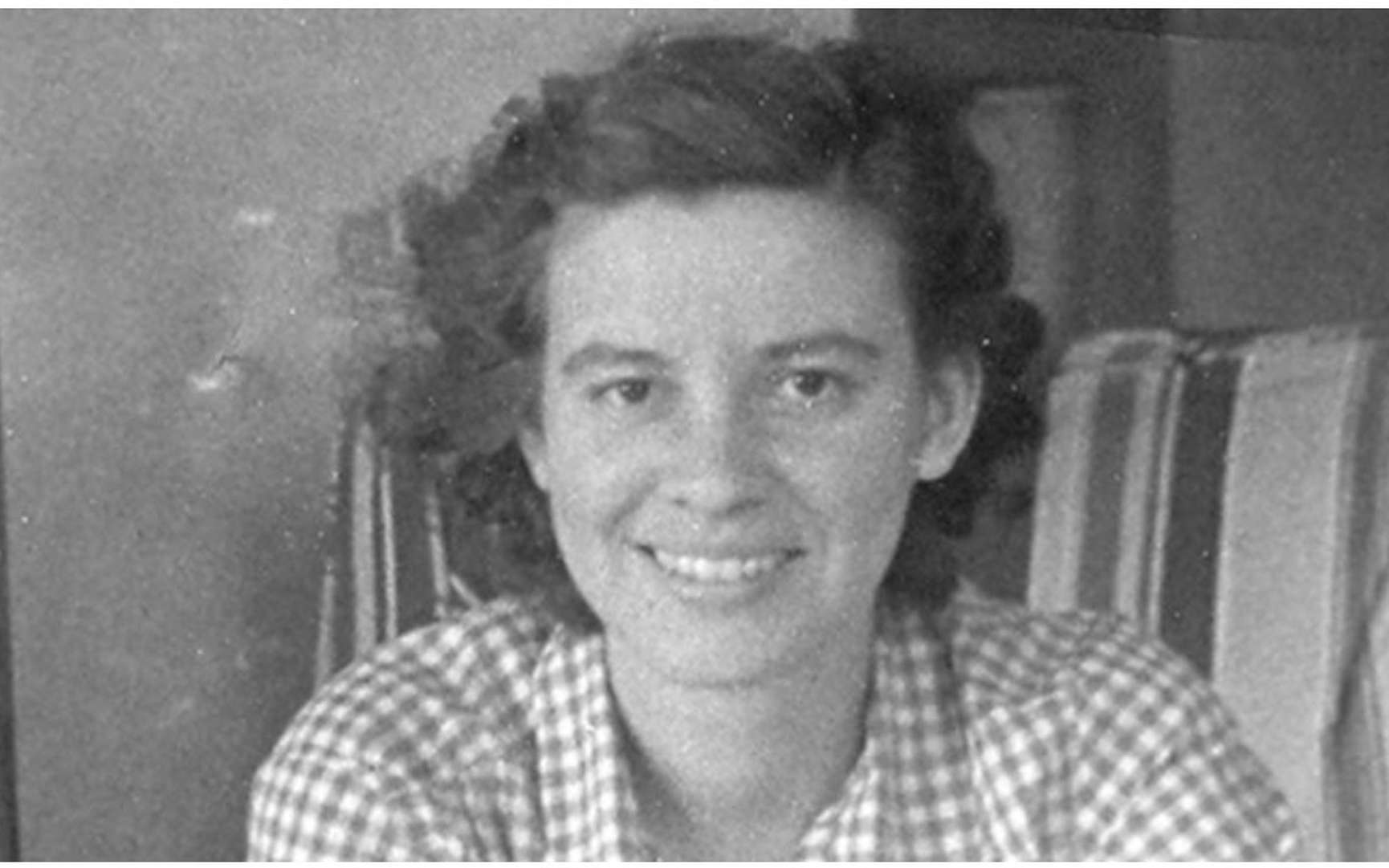 While most of us may have never heard of Esther Lederberg, anyone who has anything to do with the field of microbiology certainly would have. Her research in genetics and cellular biology transformed the way we understand viruses and bacteria, and many of the lab methods she developed are still widely in use.

Out of all of her contributions to biology – and there really are too many to count here – the most important was that of the lambda phage in 1951; a type of parasitic virus that infects bacteria. Before that, phages were only understood as harmful parasites that kill bacteria, though the Lambda phage could place itself in the DNA of its host and stay there without killing it. It was an instrumental discovery, and since then, the lambda phage has been used as a model to better understand viruses and bacteria.

While she was often overshadowed by her husband, Joshua Lederberg – a gifted scientist in his own right – Esther laid the groundwork for modern molecular biology, paving the way for other fields like genetic engineering. Unlike most people you’d likely meet, Emmy Noether had a lifelong love for mathematics. One of the most gifted mathematicians of the 20th century – even if almost none of us have ever heard of her – her greatest achievement was coming up with a theorem based on Einstein’s theory of relativity, which is still widely in use today.

Noether’s Theorem – as it is now known – states that any symmetrical system in nature has conservation laws that work to preserve its symmetry. While it may not mean anything to most of us, the theorem – proven in 1915, the same year Einstein first introduced his general theory of relativity – is now a key concept in theoretical physics. Her work was so important that Einstein once called her the “most significant creative mathematical genius thus far produced.”

Subrahmanyan Chandrasekhar was an Indian-born American physicist and mathematician, with key contributions in the fields of quantum mechanics, astrophysics, hydrodynamics, and ballistics, among many others. His biggest gift to science, though, has to be his work regarding the evolution of stars.

Back in the 1930s, it was widely believed that when stars convert all their hydrogen to helium, all of them collapse under their own weight and turn into white dwarf stars. Chandrashekhar proved that the death of a star actually depends on its mass, and stars heavier than 1.44 times the mass of the sun – now known as the Chandrashekhar limit – don’t turn into white dwarves, but instead continue to collapse, explode in a supernova explosion and eventually turn into neutron stars. 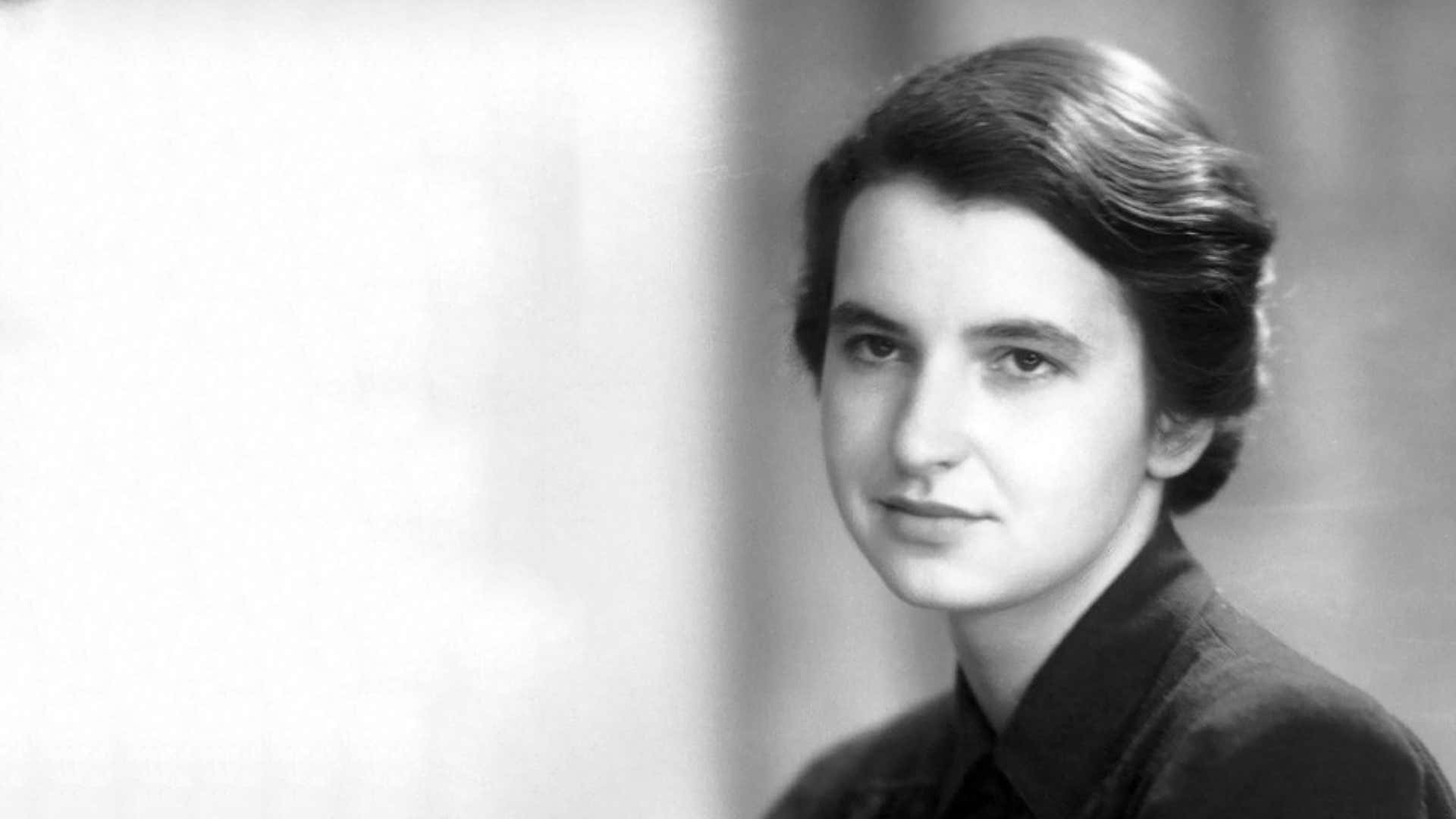 The discovery of the true structure of the DNA molecule was a monumental discovery in many scientific fields. It’s often credited to two scientists called Jim Watson and Francis Crick, and accurately so, too. While working at Cambridge, Watson and Crick – as they’ve come to be known over the years – were the first to define the chemical and biological structure of the DNA molecule. For the discovery, they – along with Maurice Wilkins from King’s University, who developed the first detailed photograph of the molecule – were awarded the Nobel Prize in Physiology or Medicine in 1962.

One name conspicuously missing from there, though, is that of Rosalind Franklin – an accomplished chemist and perhaps one of the best X-ray crystallographers in Britain during the early post-World War II era. Franklin, along with one of her students, took the first X-ray photograph of the DNA, which directly inspired Wilkins’ as well as Watson and Crick’s research on the subject. It’s widely believed that Rosalind would have been included in the Nobel if she was alive – as she laid much of the groundwork for the discovery – though she unfortunately passed away in 1958.

In popular imagination, the history of early mathematics centers around ancient Greece and Rome. It was, however, Indian mathematicians that pioneered the early methods of arithmetic and geometry that we all use today. The 10-digit, place-value system of numbers, as one example, was first developed by the Indians, and later perfected by the Arabs during the Islamic golden age.

Perhaps the most important Indian contribution to mathematics was the number ‘0’, made by a seventh century scientist, mathematician, astronomer and philosopher known as Brahmagupta. Many people before him in many cultures had come up with their own ways to account for the missing zero, though with little success. Brahmagupta’s work, for the first time, defined the properties of what we now know as the number zero, solving many long standing issues in calculations until that time.

This would have a huge impact on Arabic and Byzantine, and later Renaissance, scientists and mathematicians, who’d go on to build upon Brahmagupta’s work and shape up mathematics as we know today.

Another prominent figure from the Islamic golden age, Al-Khwarizmi made some of the biggest discoveries in science, though hardly any of us have even heard of him. That’s despite the fact that his name lives on in modern mathematics in more ways than one – ‘algorithm’ comes from his Latinized name at the time, and ‘algebra’ after one of his books.

Born in the region of Khwarazm – now a part of Uzbekistan and Turkmenistan – in the year 780, Khwarizmi did the majority of his scientific work directly under the supervision of the caliph in Baghdad. He was responsible for developing the Hindu-Arabic numeral system – the 10-digit numeral system we all use today. His book on elementary algebra was the first treatise to define solutions to equations based on geometrical concepts, a first in the mathematical field, and a basis for almost every field of advanced science and math today.