More Bizarre Mysteries of the Amazon

The Amazon rainforest is an absolutely massive patch of nature that covers 2.1 million square miles across nine different countries and comprises over 16,000 different tree species. It’s estimated there are 390 billion individual trees there. With all that land, diversity, and coverage it’s no wonder that there have been more than a handful of mysteries under the jungle canopy. 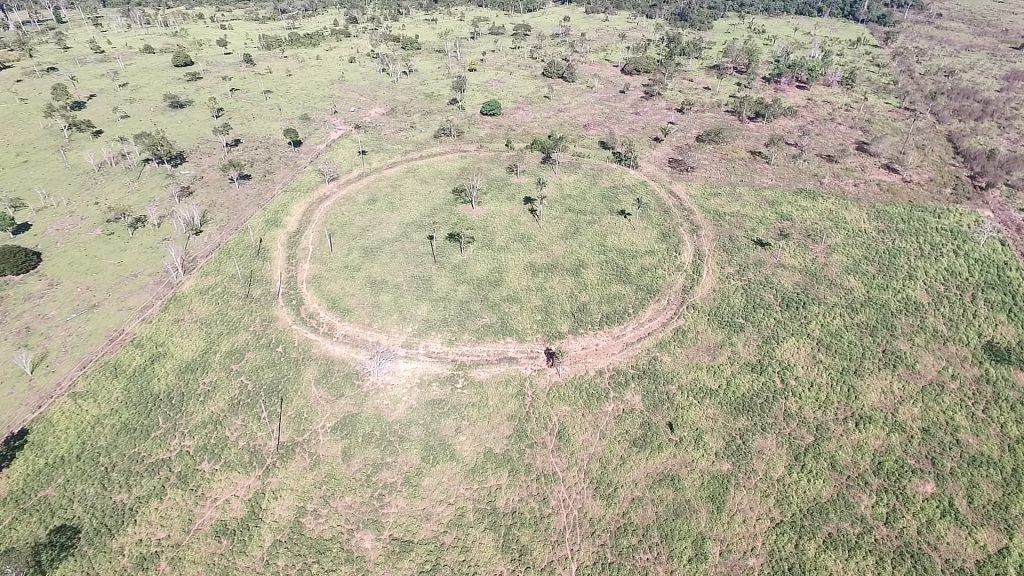 By now most of us are familiar with crop circles and also how they can be made fairly easily in your spare time if you’re looking to trick people into thinking aliens are in the neighborhood. There are a number of circles and other geometric shapes that have appeared around the world over the years that are a little more mysterious, including the Amazon rainforest geoglyphs.

The circles are thousands of years old and as deforestation has cleared some of the land, hundreds of ditches that have been carved in geometric shapes have been discovered in the ground. Research into the phenomenon didn’t uncover much as there isn’t really any evidence that villages have existed there, and there’s no sign that they had any sort of military purposes either.

The best guess was that humans had created these shapes but the reason behind it has been largely unknown. Whether they were for ritual purposes or something else entirely seems to be lost to history as nothing else has been left behind but the shapes themselves.

7. The Disappearance of Percy Fawcett Indiana Jones may not have been a real man but one of the inspirations for him, Percy Fawcett, was very real. He even inspired Sir Arthur Conan Doyle’s The Lost World as well. A soldier, a spy, an adventurer, and all around living comic book character, Fawcett’s big passion seemed to be exploring and mapping the vast and mysterious Amazon. He called it the ‘the last great blank space in the world.’

Fawcett was convinced that he would discover the city of El Dorado somewhere in the jungle. He became a worldwide celebrity because of tales of the native tribe and exotic animals he encountered, but obviously El Dorado eluded him.

Two missions ended in failure caused by harsh conditions, disease, and near death experiences. When he secured funding for mission three, he set off in 1925 with his best friend and son. By 1927, rumors of his death or other curious fates were circulating wildly.

Rescue missions were mounted in 1928 but no sign of Fawcett’s team was found to prove they were alive or dead. Numerous others followed and continued as late as 1996. That mission ended with the team being captured by natives that ransomed them for $30,000 worth of gear. No sign of Percey Fawcett or his team has ever been found. 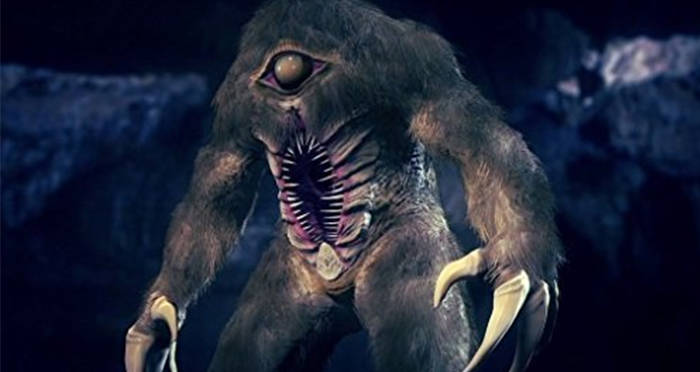 If you dig hard enough you’ll find that just about every region of the world has its own cryptid. Most everyone knows about Bigfoot, and of course there’s a Loch Ness Monster, the Jersey Devil, and El Chupacabra. In a space as large is the Amazon it would actually be weird if there wasn’t at least one beast that defied science roaming through the woods. And with that in mind, meet the Mapinguari.

Something like a cross between Bigfoot and a giant sloth, the story goes that the creature was once a shaman who managed to find a way to live forever. Unfortunately, the gods don’t like it when you do that so they punished him by turning him into a giant monster. Some descriptions of the creature are literally just a giant sloth, which is actually a real thing that used to exist, while others make it much more Bigfoot like in appearance. The most noteworthy feature of the  beast beyond its size is the fact that it’s supposed to smell so bad that it can knock you out. That’s one heck of a stink.

Like any good cryptid, there are still witnesses to it even today. The descriptions of the creature say it’s a man-sized beast with long reddish fur and a face like a monkey. Or maybe it has a muzzle like a horse with peg shaped teeth. It’s also apparently resistant to bullets or arrows.

Whether the Mapinguari is simply a beast from legend, a case of mistaken identity, or the real deal remains to be seen.

Humpback whales can be found almost all over the world and are a favorite of whale watchers. As whales go they seem friendly and playful and are not shy about coming to the surface near humans to pose for the occasional picture or video. As widespread as humpback whales are, they do have one place that they don’t tend to show up very often and that is in jungles — probably owing to the fact that they are whales, and are marine mammals. Despite that, a humpback whale did turn up in the Amazon back in the year 2019.

The 9 to 11 meter in length whale had washed up near the mouth of the Amazon but it was found nearly 50 feet inland. Adding to the mystery was why a humpback whale would even be in that region at that time of year at all, which is exceedingly rare. Combine that with the fact that it managed to get 50 feet away from the shore and no one was really sure how it ended up where it was. 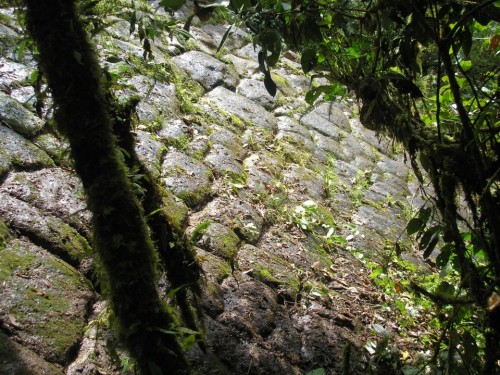 Any place that goes by the name Lost City of Giants has to be cool and the archaeological discovery of the city in Ecuador lives up to the name. Discovered by Western researchers in 2012, the local people had long known of the city hidden away in the Amazon jungle. It features a large pyramid-shaped structure made of two-ton stones, but more perplexing were the tools scattered around the city. Massive stone tools far too large for any normal human to use.

According to the locals, a legit race of giants once lived in this city, which is why the tools are so large. People have produced hoax photos of skeletons to bolster the idea of real gants having once existed in the area, but in real life we’re just left with a lot of oversized relics of an era hundreds of years in the past with no real explanation for why they exist.

Unfortunately any legitimate research here may have been seriously muddled by hoaxers and those trafficking in urban legends and conspiracy theories about aliens, but regardless of the veracity of any claims about giants, there’s still a mystery here. About 10% of the known species in the entire world live in the Amazon rainforest. That includes 1,500 species of birds, 40,000 different plant species, and 2.5 million different insect species. And, if one story from 2011 is to be believed, one species not endemic to the planet Earth at all.

A video that was filmed by British tourists and disseminated by a paranormal writer purported to show an alien in the background of a scene featuring children posing for a camera. In the distant tree line there’s some kind of a flashing light and what for all the world looks like your standard, run-of-the-mill little grey alien with a big head and the bulging black eyes.

Apparently the region of the rainforest where this image was taken is known for experiencing UFO activity. Word is that the Brazilian government also sent in the military to investigate alien activity in the area during something called Operation Prato. That translates into Operation Plate or Operation Saucer, as in Flying Saucer. It was carried out in the late 1970s by the Brazilian Air Force and according to official records ended when nothing at all was found. But of course that’s what they would say either way, isn’t it?

Whether or not any alien life was found by the government and whether or not the mysterious photo from 2001 shows an actual alien is unclear since this isn’t the kind of stuff that gets confirmed by official sources all that often. Which is to say never.

For years now one of the most bizarre species of the rainforest has not been a curious insect or an unusual primate. Instead it’s been a palm tree. The walking palm tree gets its name from the fact that people are pretty confident this tree can strut around the rainforest at his leisure. If that brings to mind images of Treebeard and the Ents from Lord of the Rings you may need to scale it back a little bit. While it was believed that the walking palm tree can move, it certainly didn’t do so in any upwardly mobile fashion. Instead, the roots of the palm split into many smaller roots that extend up off the ground, making it look like the tree has multiple legs.

The walking part is believed to occur as the tree puts out new roots towards a source of sunlight, in turn pulling up the old roots that are farther away from the sunlight. You can find numerous references to these trees across Google, and travel guides would even point out some of the more interesting and unique parts of the jungle through the Amazon and Latin America where these trees exist.

For what it’s worth, the walking tree does not actually walk. It doesn’t even spread new roots in one direction while letting old roots fall to their death in the dark. After extensive study of the tree it was found that while some of the finger-like roots will certainly die off over time, the tree itself never goes anywhere. That means the walking palm tree has been a long-lived and sustained myth for countless generations. And maybe a cool story to tell tourists. With all the diversity of life in the Amazon it’s no wonder that it’s difficult sometimes to study the creatures that live there.  Of all the creatures in the rainforest few are as poorly understood as the short-eared dog, better known as the ghost dog. The animals look like a cross between a regular dog and something like a wolverine. They have pointy noses and poofy tails. They are also extremely elusive and very hard to corner at the best of times. Researchers studying them are lucky to have a single contact per year with these dogs.

Prior to the efforts being made now to understand them, there was little evidence that they actually existed in the real world. They were mostly just rumors, stories that people told about animals they had seen in the woods, but since no one had much in the line of evidence they existed they may as well have been El Chupacabra or the Loch Ness Monster.

Although we know for a fact they exist now and some limited study has been done with them, the lives of these dogs is still shrouded in a lot of mystery.