As the late, great author Douglas Adams once wrote, “Space is big. You just won’t believe how vastly, hugely, mind-bogglingly big it is. I mean, you may think it’s a long way down the road to the chemist’s, but that’s just peanuts to space.”

And as such, there are a lot of unexplained phenomena out there, including fast radio bursts and a host of other signals that have come from the depths of space. These deep space signals have the curious property of causing us bipedal ape descendants down here on Earth to collectively scream, “Aliens!” whenever such phenomena are announced.

But while most of them remain unexplained, the majority of these signals are most definitely not coming from aliens.

At least, that’s what we currently think.

Here are 10 strange signals from space that we still don’t understand.

Since 2007 fast radio bursts (or FRBs) have puzzled astronomers. FRBs are extremely powerful flashes of radio waves that are typically detected in galaxies millions if not billions of lightyears away from us. And in 2020, astronomers tracked one of these bursts to a magnetar in our own galaxy.

Magnetars are neutron stars with a magnetic field measuring about 1000 times more powerful than the Earth’s. These magnetic fields are so powerful, that they tend to wreak absolute havoc on anything that orbits them. To put it another way, if a human were to get too close to a magnetar, let’s say about 1000 kilometers or so, the bioelectric processes of the body would be interrupted and the molecules making up their body would scatter. Basically, this hypothetical person would dissolve faster than a post-snap Spider-man.

So, magnetars are pretty powerful (and terrifying) and scientists have suspected that they’re the cause for these fast radio bursts. SGR 1935+2154 is the first instance where an FRB has been tracked to its source. This particular burst is interesting because it’s the most powerful FRB we’ve recorded so far, with an energy three times as strong as the emissions coming from our own sun.

But just because we’ve tracked the FRB to its source doesn’t mean all fast radio bursts come from magnetars, as magnetars are extremely rare in our own galaxy (there are about 30 candidates in total). And like magnetars, we don’t really understand what causes fast radio bursts in the first place.

While some FRBs have been tracked to magnetars, that’s not the case for all of them. In the case of 180916-J0158+65 (they really need better names for these things) the repeating signal was coming from a galaxy 500 million lightyears away.

But the source is still unknown. While it is a possibility that this FRB comes from some type of magnetar, that’s not something that astronomers can say for sure (scientific method and all). The prevailing theory about 180916 is that it is coming from a lone neutron star with an odd wobble that has caused the supernova remnant to become deformed. More data and studies will be needed in order to narrow this possibility down, though.

The galaxy in question, however, is extremely active, with new stars being born at a rate 100 times faster than here in the Milky Way.

The Wow! signal was first detected in 1977 by Ohio State University’s Big Ear radio telescope in the United States. The radio telescope has long since been decommissioned and replaced by a golf course (far from its history-making glory days).

The Wow! signal was a powerful narrowband signal that lasted for 72 seconds, standing out against the background noise like a lighthouse in the dark. The source of it remained a total mystery for forty years, with a prevailing theory emerging in 2017 that the source was actually from a comet (a hypothesis that has been heavily scrutinized as of late). Unlike some of the radio signals on this list, however, the Wow! signal is the only one that stands out as potentially from an alien civilization.

When it was observed by Jerry Ehrman, the man who analyzed the data printout, he famously wrote “Wow!” next to its boring designation of 6EQUJ5.

While Ehrman waited on the edge of his seat for the signal to hopefully return, it never did.

But thanks to the European Space Agency’s Gaia telescope, we may finally have an answer. Sort of. Gaia has mapped over 1.3 billion stars and using its data, an amateur astronomer had the bright idea to search for sun-like stars in the region of the sky where the signal was originally detected, finding a total of 67 stars loosely fitting these criteria, and one among them that was an exact match.

Now the search is on for exoplanets in this area.  Though, ironically, the signal’s source is still a mystery. At least for now. 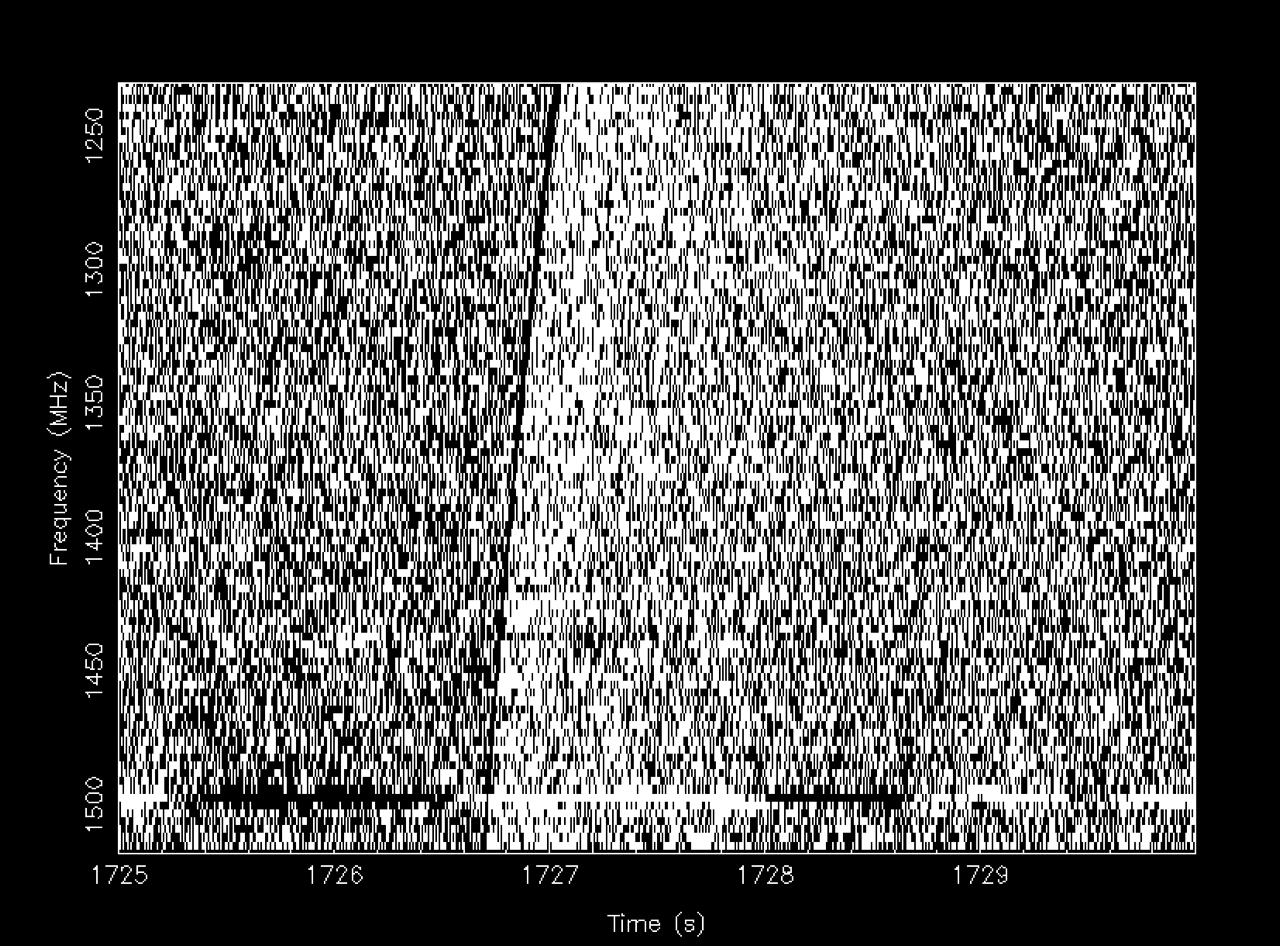 What is known as the Lorimer Burst was the first FRB ever discovered. The radio burst was detected by Parkes multi-beam receiver after it saturated its primary detection beam. This implied that the location of the burst was between the beams, requiring an extremely high peak flux density. This FRB is still considered to be one of the “brightest,” as it exhibits higher fluence than most of the fast radio bursts that have been detected since its discovery.

One explanation for this FRB is that it’s actually the emission of gamma-rays coming off of a pulsar from the direction of the Large and Small Magellanic Clouds. Though the source is still unknown.

6. The Woman Who Fell from the Sky Two Italian amateur radio operators, known as the Judica-Cordiglia brothers, claimed in 1961 to have made a startling discovery. With their radio equipment (which was set up just outside Turin in an abandoned German bunker), they allegedly picked up a transmission coming from somewhere between North America and Russia of a woman pleading for her life.

The recordings feature a panicked Russian woman’s voice, complaining about extreme heat while she runs out of breath. The woman’s voice becomes increasingly more distressed before the recording finally ends, presumably with the first female cosmonaut’s death.

The idea that Russia has covered up the deaths of their cosmonauts in space is not really a new conspiracy theory, but it’s one that has a few blips of evidence to back it up, even if the modern-day Russian Space Agency continues to deny that these events happened.

Though it is intriguing that three days after this radio transmission was detected and recorded, on May 26, 1961, it was announced by TASS (the Soviet press agency) that a large unmanned satellite had burned up upon reentering the Earth’s atmosphere. When Laval University astronomers E.F. Borra and E. Trottier submitted a study about a mysterious group of 234 stars producing a strange blinking pulse of light with regular occurrence, the collective internet cried out that certainly, this must be a signal from aliens.

Borra claims that the patterns seen from the stars are eerily close to patterns he predicted would be found in messages sent by an extraterrestrial intelligence in a 2012 paper.

But to paraphrase Neil deGrasse Tyson, in every occurrence where a mysterious signal from space has been detected, those phenomena are always explained naturally.

But Borra and Trottier are singing a different tune. They argued that such a signal could be explained by a civilization that is attempting to talk to us and even offer arguments against at least three natural explanations for the phenomena.

While this is, of course, an extraordinary claim, and while we do not know what sort of phenomena could be causing these stars to appear as they do, a natural cause cannot be ruled out.

Explanations for the mysterious phenomena have ranged from human error to galactic halo stars with strange compositions.

4. Signals from a Black Hole There is no sound in space. Not really. But plasma vibrations, radio waves, electromagnetic disruptions, and charged particles interacting with the various things in the depths of space can be translated into sound waves for our ears, Voyager 1 famously recorded the sounds of all the giant planets in the solar system.

Emissions detected from what is suspected to be a supermassive black hole in the Perseus galaxy cluster, 300 million light-years from us has been singing the same note for 2.5 billion years, registering (once translated) 57 octaves below middle C.

While the signal itself remains mysterious, scientists suspect that the recordings are caused by matter escaping the accretion disk around the black hole. You might ask, “but I thought that nothing could escape a black hole’s gravity well!” and you’d be mostly correct, but we do see intense emissions coming from the poles of supermassive black holes, called relativistic jets, which can shoot gas and supercharged particles across millions and millions of light-years of distance. In 2006, NASA was in for a shock when they launched a balloon 36,576 meters into the atmosphere that was supposed to detect signals from the first stars ever born. The signal that they ended up detecting (when translated into an audio wave) was six times louder than anything that had been detected up until then.

Scientists at NASA, however, do not think this signal was coming from the first stars, but rather something else that is keeping them from detecting them.

And as of now, this radio emission still hasn’t been explained.

To put this emission into perspective, consider that when the Milky Way’s emissions are translated into sound, they come off as a dull static hiss, and other galaxies are similar in this regard. Even now, this emission is still six times more powerful than any radio signal recorded since and there isn’t a mention in any of the materials of fast radio bursts surrounding the Space Roar (as NASA decided to call it). I like my name better, what do you think?

Scientists working at SETI moved quickly to dispel rumors on the internet that a home monitoring station had detected a signal from an extraterrestrial source. The culprit, SHGb02+14A, seems to be located between the constellations Pisces and Aries at a distance of about 1,000 light-years from Earth.

There are no known stars in the region where the signal came from.

SETI, however, suggests that this signal is not even on their radar (hah… get it?) and that it’s not a contender for further investigation.

Natural explanations include cosmic background noise, random chance, and potential technical error. Though, none of these have been identified for certain as the cause for the emission. 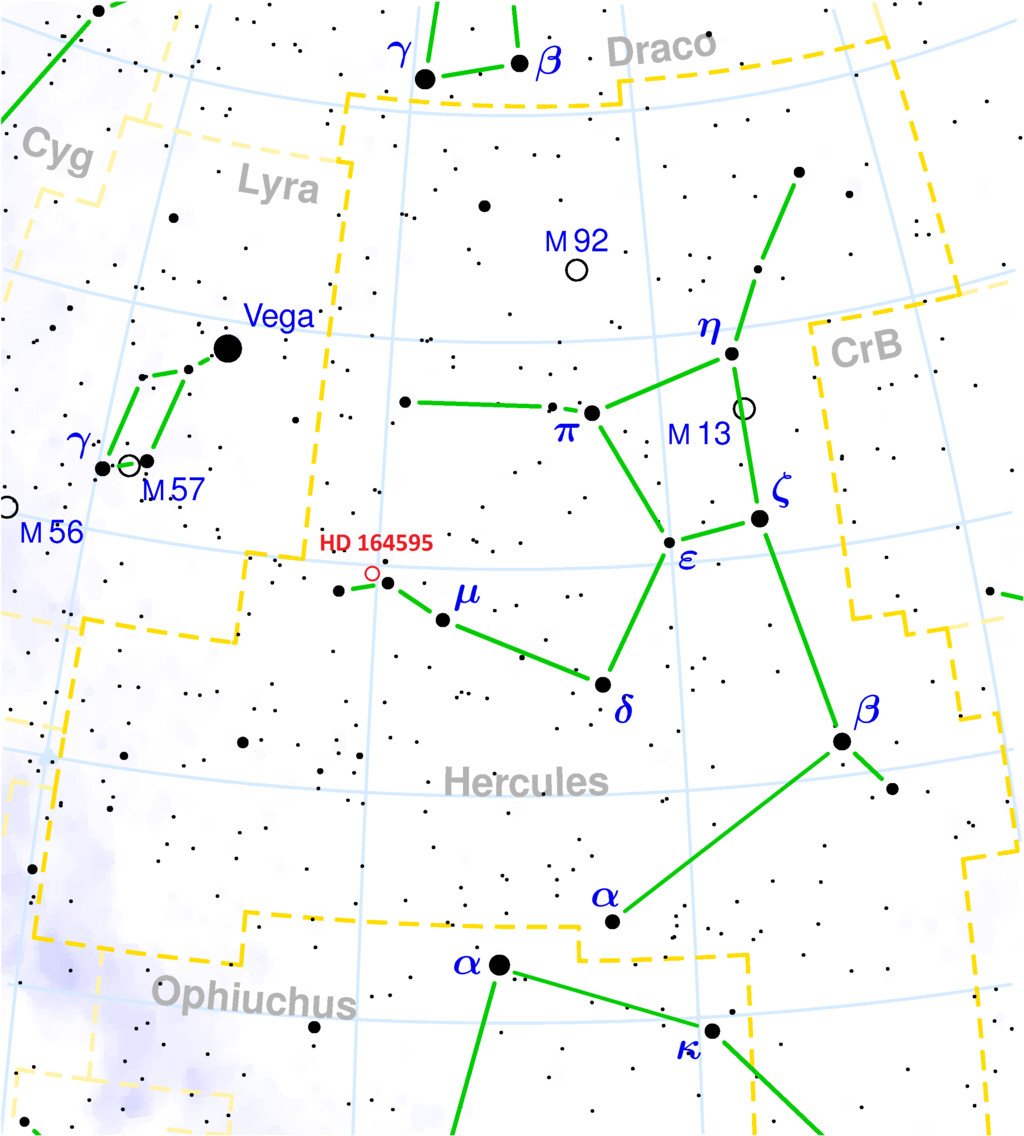 It takes a lot to get SETI interested in something. They pick up hundreds of radio signals in space and most of them end up not amounting to much. But the emissions they detected from star HD 164595 are a bit of a different story.

The star in question rests about 91 light-years from Earth and, while older than our sun, is remarkably similar. It also is known to have a planet orbiting it.

The signal first detected on May 15, 2015 weighs in at an amplitude of 750,000,000 Hertz. Researchers suggest that if this signal came from an isotropic beacon, then it would have to come from a Type II civilization (on the Kardashev scale), but if the signal is a beam aimed directly at our solar system, then it would most likely have come from a Type I civilization.

Before you get excited, just because scientists are throwing out these terms does not mean that this signal was definitely sourced from aliens. But, intriguingly, the RATAN-600 researchers called to keep SETI’s radio telescopes tuned in the direction of HD 164595 permanently.

Other Articles you Might Like
Previous ArticleThe Biggest Math Questions We Have Yet to Solve
Next Article Yes, Even More Bizarre Deaths From History