When we hear the name of the city Salem, Massachusetts, we automatically think of the Salem Witch Trials. In 1692, a group of young girls believed they were possessed by the devil, so they blamed numerous local women of performing witchcraft.

A special court listened to the cases and in June 1692, the first woman, named Bridget Bishop, was hanged. After the initial hanging, 18 more people were hanged at Salem’s Gallows Hill, followed by approximately 150 more women, men, and even children, who were accused of performing witchcraft. Eventually the Massachusetts General Court annulled the guilty verdicts against the so-called witches, but the painful memories of the trials still linger on to this day.

The Salem Witch House is a famous place with specific ties to the Witch Trials. In fact, it is the only building in that area that’s still standing from the 17th century with direct ties to the trials. This article will detail the dark history of this iconic house.

The History Of The House The Salem Witch House – conveniently nicknamed for the owner’s ties to the Witch Trials – is located at 310 Essex Street in the McIntire Historic District of Salem. The house had started being built in the mid 1670s for Captain Richard Davenport, but he moved to Boston prior to the home being finished. He then sold the partially finished house to Jonathan Corwin in 1674.

After the house was completed, Corwin, along with his wife and children, moved into it and remained there for several decades. Corwin stayed in the home for over 40 years until his death in 1718 but it still remained in the family for several generations. There have been many renovations done to the house throughout the years. For example, when his grandson George passed away in 1746, his widow replaced the roof of the house and added extra rooms. The home stayed in the Corwin family until the 1850s, when it was sold to George Farrington, a local pharmacist. He even added a pharmacy to the side of the house.

The house was set to be destroyed in 1944 because North Street (the street where the house was originally located) had to be widened, but a group of locals called the “Historic Salem Inc.” wouldn’t let that happen, so they raised money (said to be around $42,000) so that the house could be moved back 35 feet to its current location on Essex Street.

A Boston architect named Gordon Robb, along with help from another architect named Frank C. Brown, restored the house to the way it looked back in the 17th century, and it was eventually turned over to the city of Salem, becoming an historic house museum in 1946.

Who Was Jonathan Corwin? 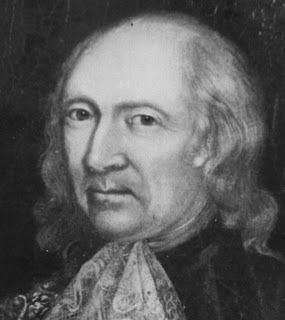 Jonathan Corwin was born on November 14, 1640 in Salem. His family had originated from the northwestern part of England near the Scottish border. After Jonathan’s parents married, they sailed to Salem in 1638 and almost immediately became very important members of society. His father, Captain George Corwin, became a very successful shipbuilder, merchant, and importer of British items.

When Jonathan came of age, he also became a merchant, followed by a career as a court official. In 1674, he met Elizabeth Sheafe Gibbs, who was a very wealthy newly-widowed woman who came from a family of merchants and judges. The couple married in 1676 and went on to have eight children. Jonathan passed away in 1718 and is buried in the nearby Broad Street Cemetery. 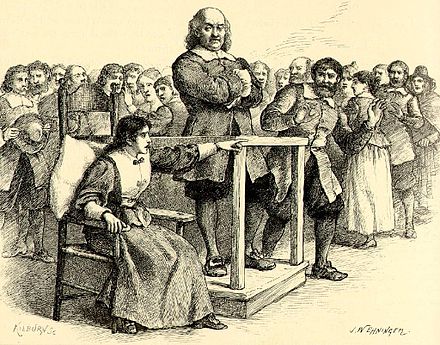 Corwin served as a judge during the pre-trial examinations when the Salem Witch Trials started in the spring of 1692. In June of that same year, after the first woman was hanged, Judge Nathaniel Saltonstall resigned from the Court of Oyer and Terminer – the special court assigned to hear the trial cases – and Corwin was selected as his replacement.

Although there isn’t any solid proof of this claim, it is believed that Corwin actually used his own house to interrogate some of the accused witches.

During Corwin’s time as a judge during the trials, an additional 18 people were put on trial (all who claimed their innocence), where they were convicted and sent to the gallows.

Inside Of The Salem Witch House

The whole house is made up of four huge rooms – two on each floor – with a foyer situated between the rooms. While the main floor has a kitchen and a parlor, the second floor is where both bedrooms are located. The walls of the rooms are white with dark wooden beams exposed on the ceilings and the walls. Pine floorboards make up the floors of the house.

The kitchen has a large fireplace that takes up almost a whole wall. There are also has several items on display from the 17th century on the table such as old bowls and a tea kettle. In fact, there are old items located all throughout the house. The parlor includes a large dining room table that has been set for a meal with plates, glasses, and candleholders. The two upstairs bedrooms also have numerous artifacts from several centuries ago.

While the entire house is made to look exactly as it would have in the 17th century, visitors to the location have claimed that the rooms are very dark, which makes it sometimes hard to see the items.

Eerie Artifacts In The Home

While there are countless items from the 17th century located throughout the house, some of them are quite eerie, with a disturbing past.

On the kitchen table, several documents from the actual Salem Witch Trials can be seen from that somber time in history.

One of the many objects in the display case is an old black shoe that was found inside of the wall of another house. According to ancient tradition, putting an old shoe in the wall would ward off witches.

Another odd and frightening item in the display case is a poppet. A poppet is a doll that is said to be used when people perform witchcraft. The poppet on display was found in another old house, and not inside the Witch House where it is currently located. In fact, there is a sign with the poppet that claims a similar doll was actually found inside the walls of the house where Bridget Bishop lived – the first woman convicted and hanged during the Witch Trials.

Paranormal Activity At The Witch House

Since Jonathan Corwin’s house is the only remaining building that has ties to the Salem Witch Trials, it is not surprising that paranormal activity has been associated with this historic location. In fact, it is said to be one of the most haunted locations in Salem.

Some of the claims include people hearing the disembodied voice of a child, people being touched by an unseen entity, and feeling cold spots throughout the house. Even the Ghost Adventures crew of paranormal investigators explored this iconic location for their television series.

Tours Of The House

There are tours of the Salem Witch House that are offered to the public. Those who take the tour will experience what it was like living in the 17th century. They will hear stories and information on what life was like several centuries ago, along with enjoying the incredible architecture and historic items of the iconic building. There is also a gift shop located in the back of the house where people can purchase their tickets for the tours.

Other Paranormal Locations Around Salem Along with the hauntings associated with the Witch House, there are several other locations around the city of Salem that are plagued with paranormal activity.

The Hawthorne Hotel was built on land that previously had an apple orchard on it, which was owned by Bridget Bishop. Another property on the same land that once had the apple orchard is called Turner’s Seafood, but was previously known as The Lyceum. Both buildings are said to be haunted by a woman in white who many believe is the restless spirit of Bridget herself.

A restaurant and bar called Murphy’s (previously called Roosevelt’s) is located in the back corner of the Old Burying Point Cemetery in Salem. Staff and customers have seen a Victorian woman wearing a powder blue dress, along with a young boy.

Cemeteries are naturally creepy, but the Old Burying Point Cemetery (also known as Charter Street Cemetery) is a little extra spooky. Judge John Hathorne, who played a critical role in the witch trials, is buried there and his spirit (along with several others who are buried in the cemetery) has been captured on camera when people stop in late at night to take photos of the old graves. What’s even more frightening is that some of the local residents who live near the cemetery claim that the ghosts occasionally enter their homes.

It’s not too often that we hear of a haunted liquor store, but that’s exactly where some paranormal activity has taken place – at Bunghole Liquors. Before it became a liquor store, it served as a funeral home, as well as the location for people to come together to drink and gamble during the time of Prohibition. A female apparition has been seen wandering by the wine racks, while the ghost of a black cat has been spotted in the corners of the building.

The Derby Street area was once the location of very shady activities which included brothels, drinking establishments, and even underground tunnels. Apparently sea captains who docked their ships at Derby Wharf would kidnap young men from the brothels and bars and drag them back to their ships through the tunnels. A restaurant called In a Pig’s Eye has exceptionally high paranormal activity, from people seeing the ghosts of pirates, to hearing the voices of sea captains, to even hearing the sounds of screams coming from the tunnels.

It’s safe to say that the city of Salem is home to a lot of paranormal activity. Over 300 years after the infamous Salem Witch Trials, the dark history of the town is still a very common topic among locals and travelers from around the world who visit this historic place.