In the past few decades, warfare has changed in more ways than we can count. Gone are the days of vast organized armies facing off in a series of battles until one of them is decisively defeated, settling the matter once and for all. Modern war is asymmetric and unending, waged by nameless, stateless actors with unclear goals that lack the traditional structure of an army; just take a look at any major war of the last 30 years or so.

To deal with this new type of global, asymmetric warfare, many nations have moved away from the traditional, mass-recruitment style of military organization, instead focusing on training multiple small, specialized units that can be deployed much faster. Over the years, some of these special forces have earned a reputation as the most fearsome fighters in the world. 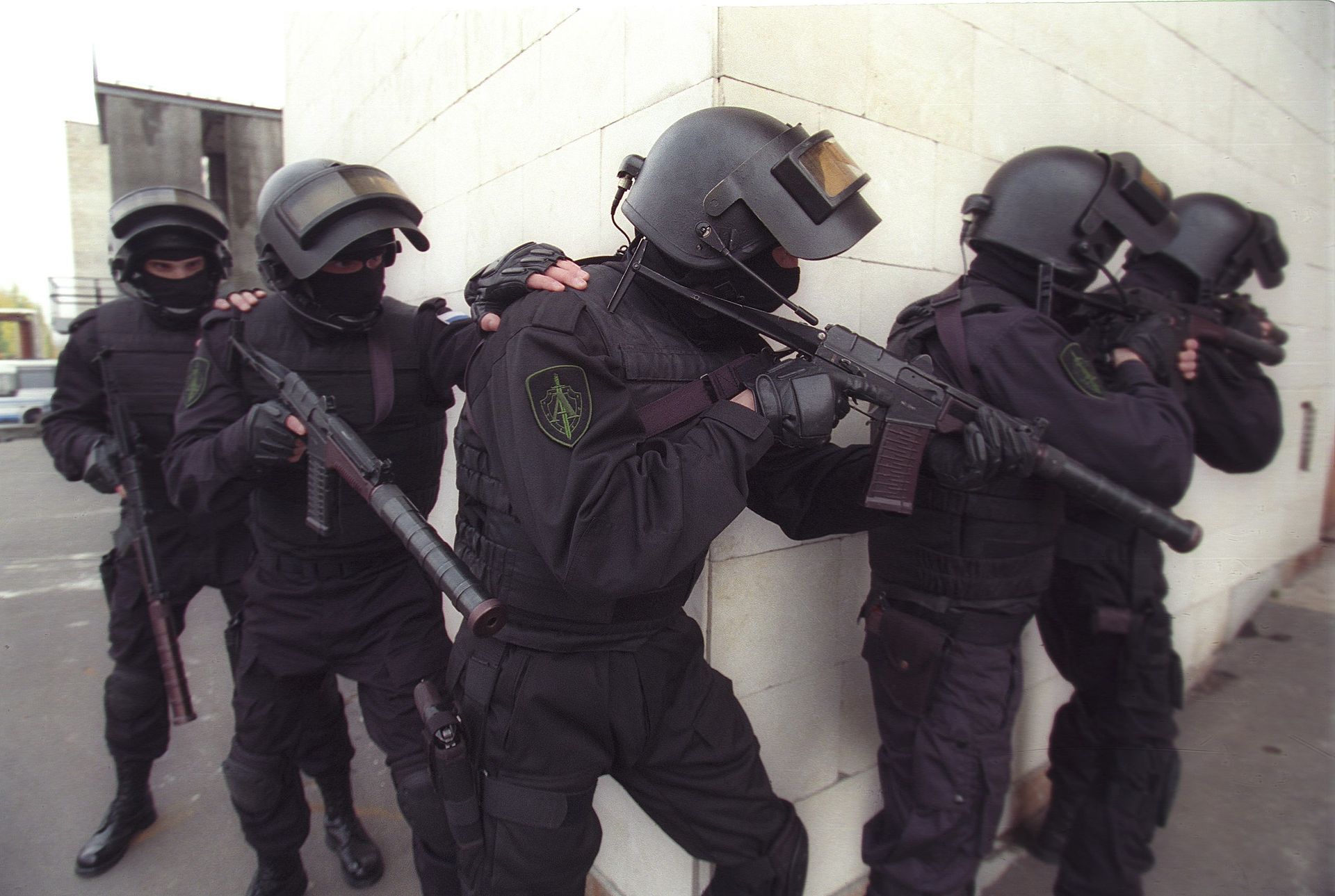 The Alpha Group – or Spetsgruppa A – is a highly-trained, battle-hardened counter-terrorism unit of the Russian military. It was established as a KGB unit in 1974 in response to the Munich Olympics terror attacks two years earlier, when a pro-Palestinian militant group, Black September, killed 12 members of Israel’s Olympic team, along with one German police officer.

The unit has since gained a reputation for its ruthlessness and effectiveness on the battlefield, particularly in hostage situations. While originally imagined as a strictly counter-terrorism unit, the Alpha group soon took on broader roles in the Soviet military apparatus. For one, they were instrumental in the successful invasion of Kabul in the beginning of the Soviet-Afghanistan war, an operation that was widely criticized around the world for its high civilian casualty count.

The Alpha Group – now under KGB’s successor, FSB – has since been involved in a wide variety of successful military operations. However, they’ve also been criticized for their brutal methods and use of excessive force, particularly against civilians. Modelled after the British Special Boat Squadron, the Frogman Corps. – or Fromandskorpset – is a special unit of the Danish military forces. It was established as an amphibious unit under the command of the navy in 1975, with the ability to conduct long-range reconnaissance and assault missions behind enemy lines.

Frogman Corps is one of the best-trained special forces units in the world, largely owing to its rigorous entrance and training schedule. To enter, you’ve to first pass a 92-hour-long entrance test involving advanced land and diving exercises, followed by a specialized Frogman training regimen lasting up to 40 weeks.

Even if we’d never know the full list of their military operations due to their secretive nature, we know that Frogman Corps have played a pivotal role in quite a few conflicts in recent times, like anti-piracy operations in Somalia, and the wars in Afghanistan and Iraq. The Joint Task Force 2 (JTF2) is entirely made up of volunteers from the three military branches of Canada, who’re then given extensive, specialized training to make one of the best special forces units in the world. It’s a counter-terrorism unit with experience in numerous conflicts around the world, including Afghanistan, Haiti and Iraq.

JTF2’s lethality lies in the diversity of its training – as they’re trained to effectively operate in many types of terrains and situations – as well as its specific organization. The force is made up of two types of units – assault troops, who serve as the primary combatants, and specialists who aid them in a variety of ways. While the details of many of their successful operations remain classified, JTF2 has been suspected to be involved in anti-terror operations against groups like Al Qaeda, Taliban and ISIS. The Polish GROM was set up in 1990, envisioned as an entirely new type of fighting force free from the country’s communist legacy, and more on the lines of western special forces. Indeed, the first soldiers of the unit were trained by specialists from the US Delta Force and British SAS.

Members of GROM are rigorously trained to fight in a variety of terrains and situations, including counter-terrorism and protection of state assets like embassies, as well as conventional assault operations with other sections of the military.

Since its inception, GROM has taken part in many successful operations around the world. It was a part of the invasion force in Iraq in 2003, and according to some reports, is still deployed in Afghanistan against the Taliban.

Another unit formed in the wake of the Munich Olympics attacks in 1972, EKO Cobra was established in 1978 as an elite counter-insurgency and counter-intelligence unit. Unlike most other units on this list, EKO Cobra isn’t a military unit. It’s a highly-trained, specialized arm of the Austrian police, directly under the control of the Austrian Ministry of the Interior.

EKO Cobra has been involved in many operations inside the country, though its experience on the field has been limited. Most notably, it’s still the only special force unit to have ever ended a plane hijacking while it was still in the air. It happened in 1996, when four EKO Cobra soldiers successfully overpowered a Nigerian hijacker on a flight to Lagos. 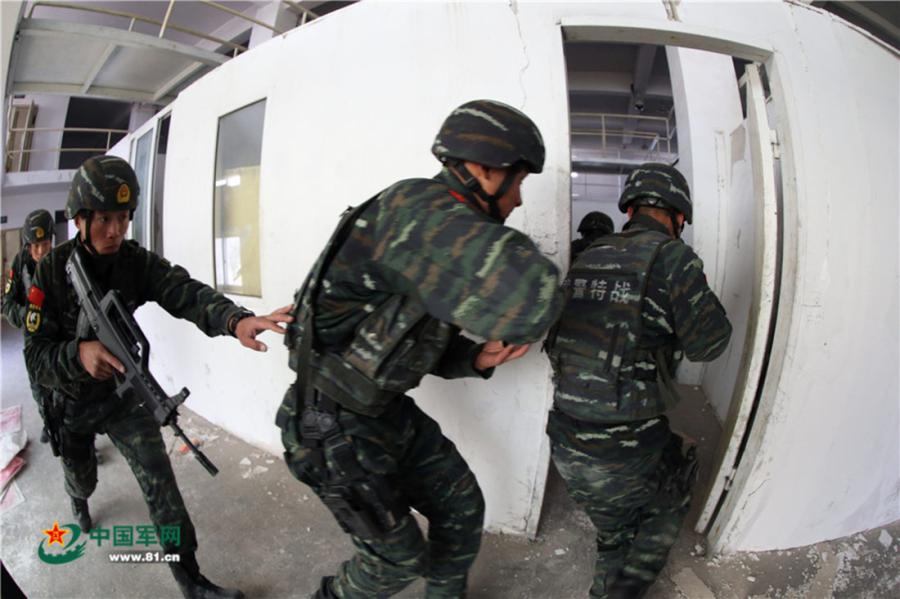 While we don’t have a lot of information on China’s elite Snow Leopard Unit due to its classified nature, from everything we do know about it, it sounds like one of the world’s best trained special forces. The unit was specifically tasked with the defense of Beijing during the Beijing Olympics in 2008, including the government buildings and personnel in the city.

It stayed on as a special force of the Chinese police even after the Olympics, and is still exclusively tasked with protecting many high-level members of the government. While we don’t know the full extent of their military capabilities – as most of that information is classified – we know the Snow Leopards have been deployed to quell unrest in its western provinces. 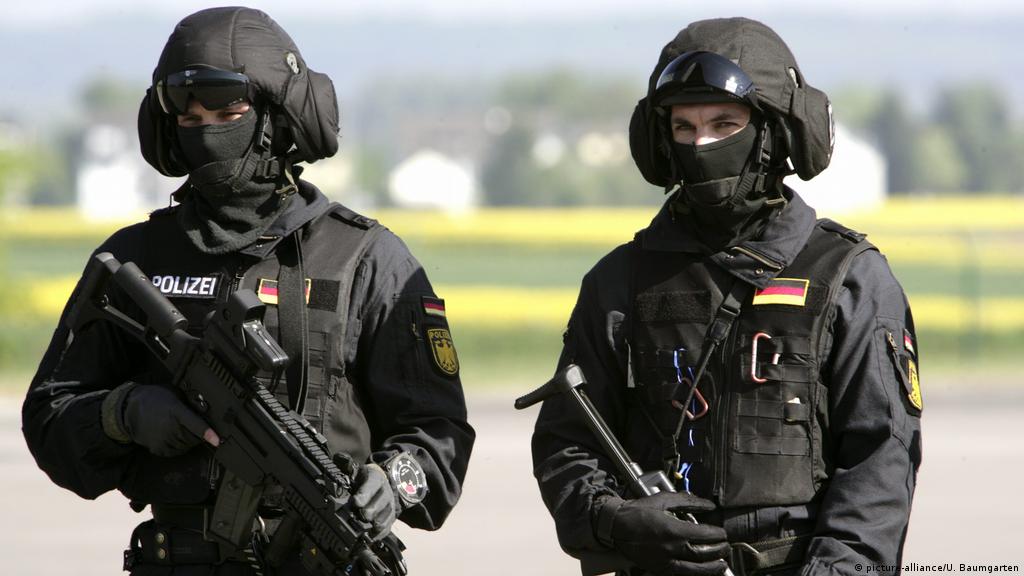 Yet another special forces unit formed in response to the massacre of Israeli citizens during the 1972 Munich Olympics, GSG 9 operates as an elite unit of the German Federal Police. It was originally made up of three teams of 30 members, each specializing in ground, naval and aerial operations, along with other members that provided support. GSG 9 has maintained that structure ever since, with all of its current members trained in one of each of the three branches of warfare.

GSG 9 made its first public appearance during the hijacking of a Lufthansa flight in 1977. The hijackers had killed the pilot and forced the co-pilot to fly the plane to Somalia – along with all the hostages – where they demanded the release of 13 prisoners, including members of the Red Army Faction – a far-left West German militant group. GSG 9 was quickly flown in to deal with the crisis, and within hours – with some help from the Somali army – they had killed or wounded four terrorists and freed all the hostages.

They’ve since established themselves as one of the best special force units in the world, even though the vast majority of their operations remain classified.

GIGN – also the National Gendarmerie Intervention Group – is a specialized, highly-trained unit of the French National Gendarmerie; one of the two main police forces of France. Like a few other entries on this list, the group was also formed in the aftermath of the Munich Olympics massacre to respond to similar hostage situations in the future, though has since taken on a much broader role.

GIGN members are trained in counter-terrorism, surveillance of security threats, reconnaissance, hostage situations and combating organized crime. Since it was established in 1974, the unit has been a part of many successful hostage rescues and other counter-terrorism operations both in and outside France.

Because of GIGN’s secretive nature, not much is known about its precise training regimen. We know that it’s one of the most rigorous in the world, though, as they’re regularly invited by other country’s to train their own special force units. With its enormous military budget, the USA (obviously) has a bunch of elite units that could all qualify as some of the best special forces in the world. None of them, however, compare to the Navy SEALs. Involved in some of the most successful high-profile missions and recruited from the top echelons of the country’s military apparatus, the SEALs are often considered to be the deadliest of all US special forces, and for good reason.

A part of the reason for their lethality is their extensive training, which involves getting extensively acquainted with almost every type of terrain a SEAL can encounter. They operate in small units and usually work behind enemy lines, specializing in intelligence gathering, sabotaging military targets and assassinating high-profile targets.

The SEALs have been involved in too many successful missions around the world to count here, including the one that captured and killed Osama Bin Laden in 2011. The British SAS – or the Special Air Service – traces its roots all the way back to the Second World War. First formed and deployed in the North African theater of the war, the unit was founded as a specially-trained force that could work without supply lines or logistical support behind enemy lines. Nothing of the sort had ever been tried before, making SAS the first special forces unit of its kind in history. It won’t be an exaggeration to say that every other special force unit in the world today is, explicitly or otherwise, modeled after the SAS.

Since its inception, the SAS has gained experience and proven to be one of the most battle-hardened special forces units in the world, having seen action in all kinds of terrain like the jungles of Borneo, dry hills of Afghanistan, beaches of the Falkland Islands, swamps of Vietnam, and mountains of the European Alps. Its longest and most arduous mission, however, was fighting the rebellion in Northern Ireland.