If you’ve spent enough time around the Internet, you’d know that there are a lot of weird types of food items available around the world, from insects to stink-meats to horse testicles. Of course, it’s wrong to just paint them all as ‘weird’, as different cultures have different factors driving their cuisine, including topography. Still, not all of them came from nutritional needs of the region; people really just like to eat them.

Some of those weird food items are so popular that there are canned versions of them. While it’s not uncommon to find some out-of-the-box canned foods at your local grocery store from time to time, they’re no comparison to these weirdest canned foods we know of from around the world. Contrary to popular belief, there are many types of the common scorpion around the world, every one with its own deadly concoction of venom. That, however, hasn’t stopped people from hunting them for food, as scorpions are still a common food item in many parts around the world. In Thailand, you may even stumble upon its canned version.

It’s not something you’d find at your local ‘gourmet food’ section, as you’d probably have to travel all the way to Thailand to get your hands on it. Scorpion is popular in the northeast of the country, where you’d find even more dishes made out of its meat. It may sound disgusting, though that’s only because it’s so different. People who’ve tried it say it tastes like prawn, and may even turn out to be delicious if it’s cooked well.

Scandinavian food is largely a product of its harsh conditions. There’s no grazing land to speak of, which discourages dairy and livestock farming. Before modern farming, it wasn’t a prime area for farming, either, as save for a few parts, arable land was always scarce. Scandinavian cuisine – with minor variations here and there – is largely made up of seafood, with various types of fish found in and around the northern Atlantic and Pacific oceans.

Almost all of the Scandinavian countries have their own version of stinking fish – made by, as you might guess, keeping the fish out to rot for several days. While it was merely a way of preserving food for longer periods in the early times, it’s just found in a few high-end delicacies at this point.

Sweden’s version – the Surströmming – is pretty much the same thing, only made with herring instead of sharks and dolphins used in other countries. You don’t have to travel all the way to Scandinavia to try it (if you really want to, that is); you can just try to get your hands on its tinned version online. Rattlesnakes are some of the deadliest snakes in the world, and could be found in a variety of habitats across the Americas. If you come across one, trying to eat it is the last thing you’d do, unless you’re really hungry. Once you try it, though, it’s apparently not that bad, and is said to be one of the best sources of food if you’re lost in the wilderness.

For those who have been on a few of those trips and have developed a taste for the thing, there’s some good news: there are canned versions of rattlesnake meat, too. You could easily order it online, though please do check the legitimacy of the seller beforehand. If you go to southeast Asia, for instance, it’s not that rare to find it used in local street food, either, especially in Thailand A bird’s nest drink is, as you’d correctly assume, any concoction made with a bird’s nest, like soup. It may sound absolutely weird to have a bird’s home for dinner – complete with all the bird vomit and poop found in it – though it’s fast coming up as a legit source of nutrition. In fact, as research is slowly finding out, there may be quite a few health benefits to it.

While it has been a popular dish in China for a long time, it’s gradually getting adopted by countries around the world, and it’s not that difficult to get your hands on its canned version to try it out for yourself. Of course, you’d actually have to go to China to explore the full extent of its use in cuisine.

Anyone who has been to South Korea would have come across silkworm pupae used in one food item or another – you can just get a packet of it to munch on while sightseeing at grocery stores. It’s not just common, but also seen as a healthy alternative to whatever Korean kids are eating these days. From simple boiled pupae to cooking it with rice or noodles, it’s hard to not come across a dish made with it while you’re there.

Once you taste it, though – as many people have reported – it may not be that disgusting (once you get over the initial smell, of course). Silkworms are harvested all across South Korea for this purpose, though their popularity hasn’t yet managed to cross international borders. While you may find it in pockets around south-east Asia, it’s not as common as in Korea. 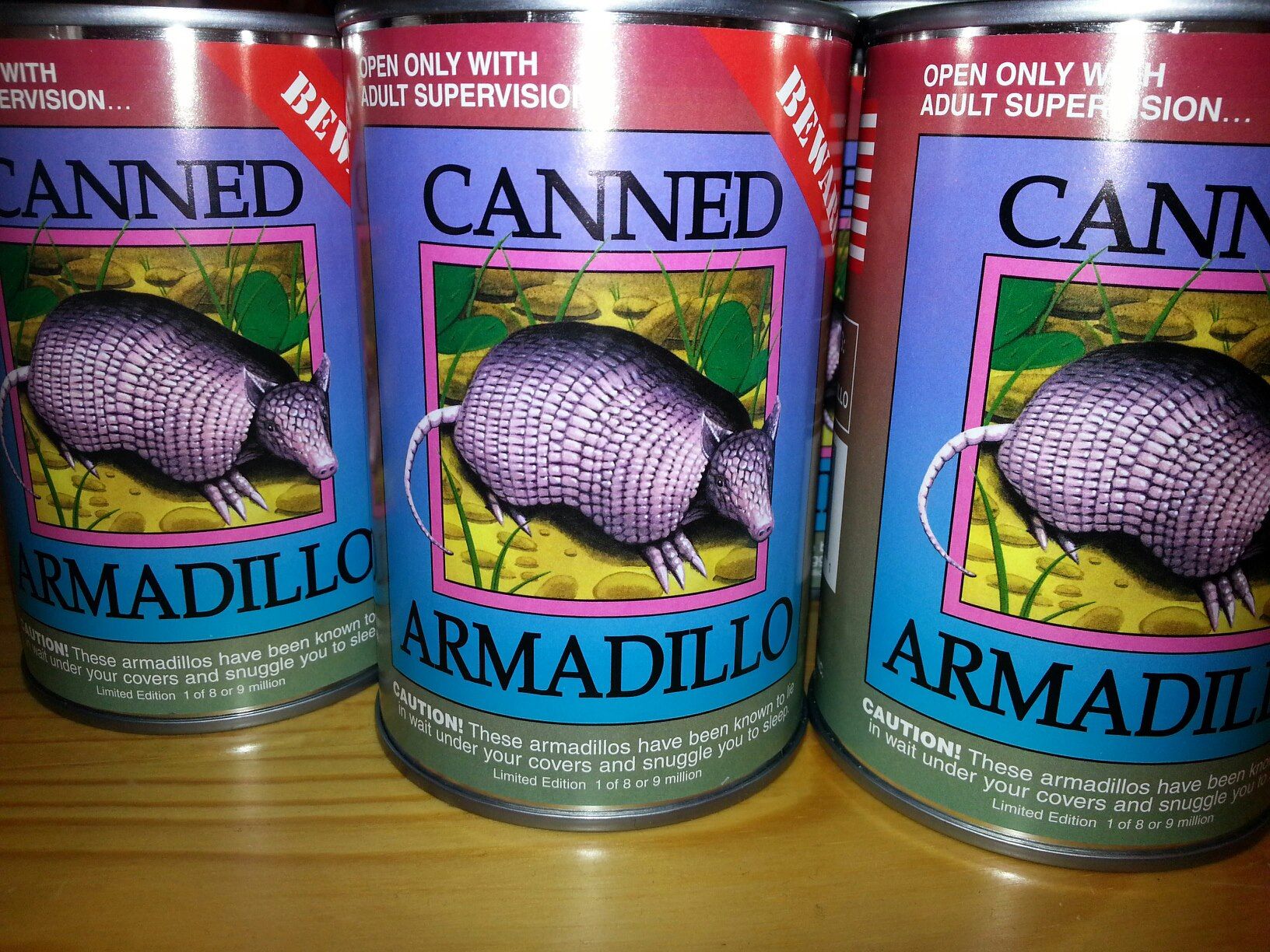 Not all animals make for a good meal, as various meats vary wildly in taste and texture. It’s especially difficult to eat an animal with a shell, like tortoises, which is why they don’t make up a significant part of cuisine in any region of the world. That is, however, with the exception of armadillos.

If you happen to travel around Central and South America, you won’t be hard pressed to find various armadillo parts sold separately as well as a part of traditional dishes. It’s especially popular in Oaxaca, Mexico, where you can also find a lot of canned varieties of it. From its skin to its testicles, Mexico is the place to go if you’re really serious about your armadillo. If you’ve ever seen a snail minding its own business, it must have made you wonder; how do these creatures survive? They hardly have any motor skills to evade predators, and even their shells are only protective to an extent. They’re hardly as strong as tortoise or turtle shells, and could be easily crushed unless it’s a very large snail. (They do have some cool mechanisms to survive, though, like being able to pass through the digestive tract intact.)

While they may seemingly have no predators in the wild, they definitely have some amongst us humans. You can buy canned snails on Amazon right now, and they’re apparently popular in quite a few parts of the world, too. While we don’t question the ethics of it – hey, look at the rest of this list! – we certainly have doubts about the practice of eating such a harmless creature.

Dog meat has been a popular – even if hugely controversial – part of cuisine in many parts around the world, mostly in east and southeast Asia. It has drawn criticism from around the world, even causing a few Chinese cities to completely or partially ban it due to the global backlash. The dog, after all, has been a companion to people in all regions and cultures.

However – and contrary to popular belief – the practice is still largely concentrated in certain provinces in China, where traditional cuisine still trumps modern concern for animal ethics, even if the voices against the practice have only grown louder in the wake of the Covid-19 pandemic. Regardless, news reports suggest that dog meat – including its canned version – is still openly sold in wet markets in many Chinese regions.

Previous Article10 Movies Critics Loved (and Audiences Hated)
Next Article What Would Happen if Voting Was Mandatory?