The election on November 8 remains one of the most famous election nights in American history. As the early returns poured in  Kennedy opened a large lead in the popular and electoral vote, and appeared headed for victory. However, as later returns came in from the Western states, Nixon began to steadily close the gap with Kennedy. It was not until the afternoon of Wednesday, November 9 that Nixon finally conceded the election and Kennedy claimed victory. A sample of how close the election was can be seen in California; Kennedy appeared to have carried the state by 37,000 votes when all of the voting precincts reported, but when the absentee ballots were counted a week later, Nixon came from behind to win the state by 36,000 votes. In the national popular vote Kennedy beat Nixon by just one tenth of one percentage point (0.1%) – the closest popular-vote margin of the twentieth century.  Kennedy carried 11 states by three percentage points or less, while Nixon won 5 states by the same margin. 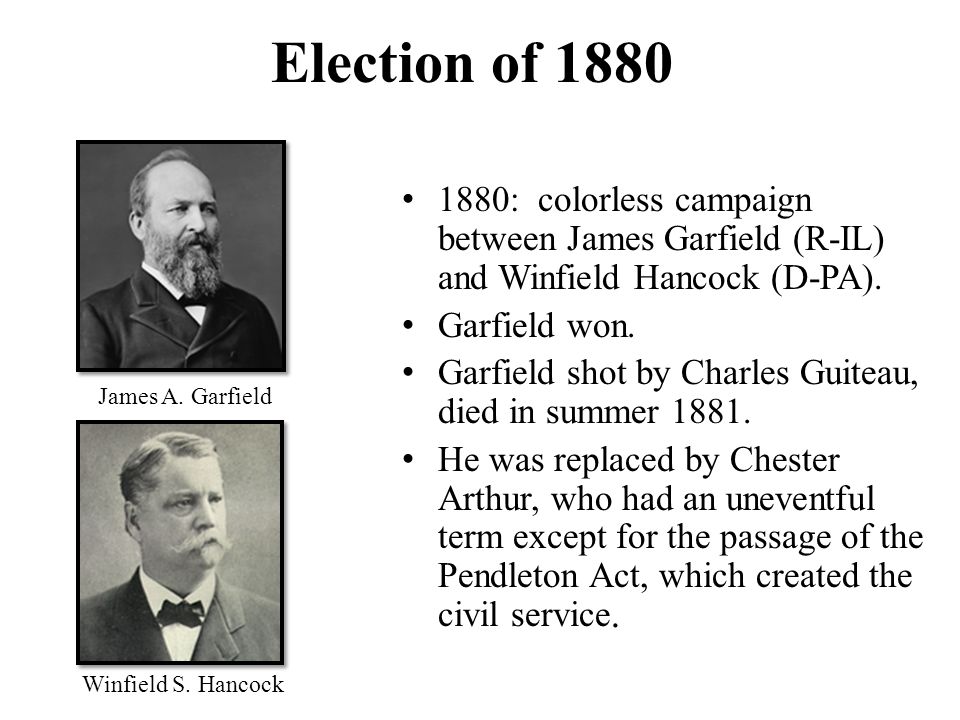 Incumbent President Rutherford Hayes did not seek re-election, keeping a promise made during the 1876 campaign. The Republican Party eventually chose another Ohioan, James Abram Garfield, as their standard-bearer. The Democratic Party meanwhile chose Civil War General Winfield Scott Hancock as their nominee. Despite capturing fewer than 2,000 more popular votes Garfield was elected, capturing 214 of the states’ 369 electoral votes.

In 1888 Benjamin Harrison (D) defeats Grover Cleveland (R) by 37 Electoral Votes but  the popular vote by .8%. 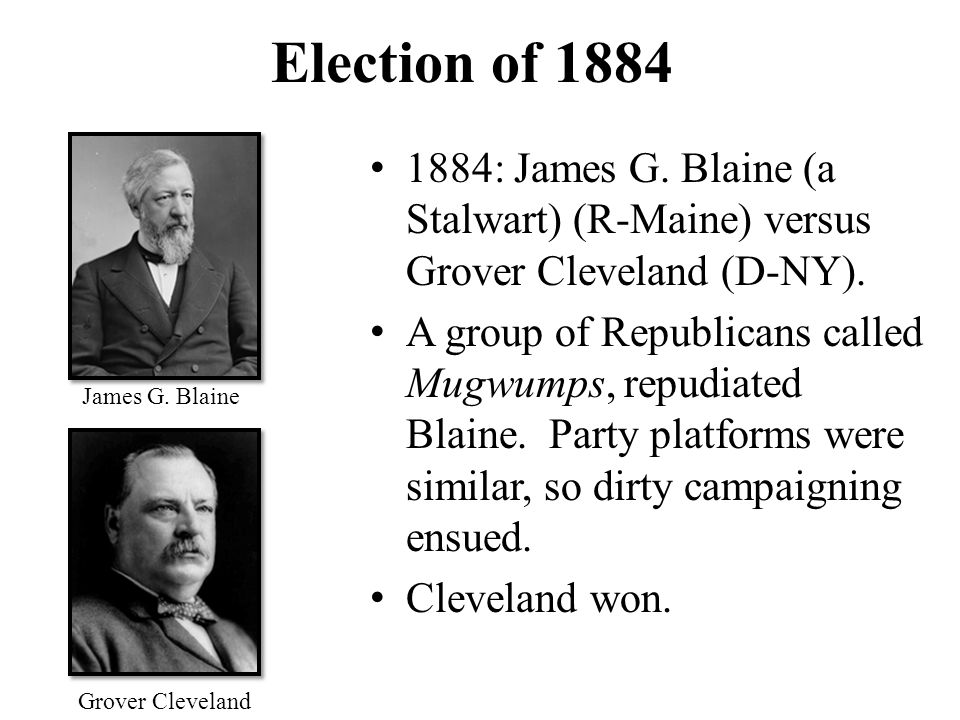 President James Polk, having achieved virtually all of his objectives in one term and suffering from declining health that would take his life less than four months after leaving office, chose not to seek re-election. With the exception of South Carolina, who left the selection of electors to its legislature, the election of 1848 marked the first time in which every state in the union voted for President and Vice President on the same day: November 7, 1848. Taylor won election over Cass, capturing 163 of the 290 electoral votes cast. 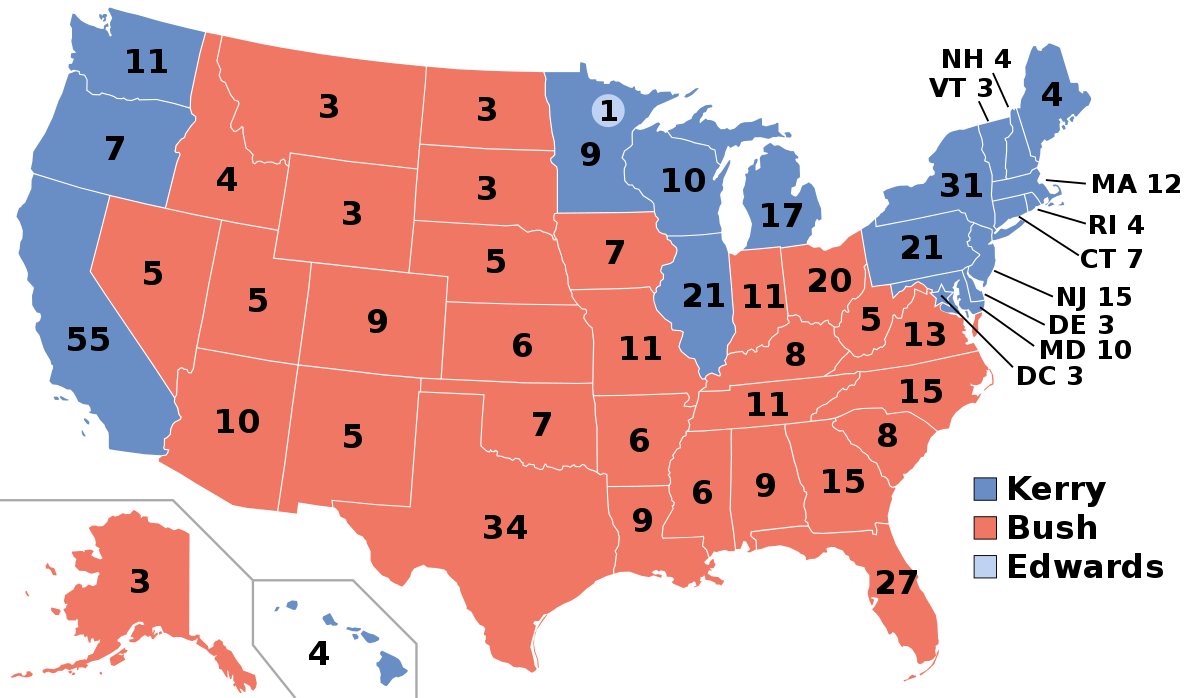 As in the 2000 presidential election, voting controversies and concerns of irregularities emerged during and after the vote. The winner was not determined until the following day, when Kerry decided not to dispute Bush’s win in the state of Ohio.  Both Kerry and future Democratic National Committee Chairman Howard Dean have stated their opinion that voting in Ohio did not proceed fairly and that, had it done so, the Democratic ticket might have won that state and therefore the election. 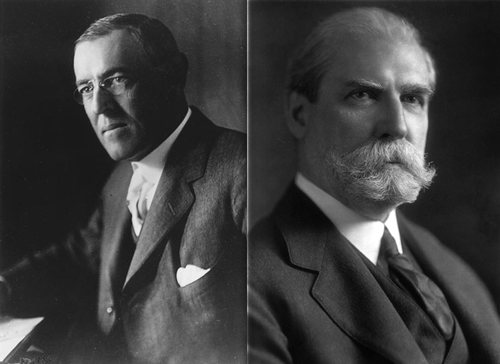 The United States presidential election of 2000 was a contest between Democratic candidate Al Gore, then-Vice President, and Republican candidate Bush narrowly won the November 7 election, with 271 electoral votes to Gore’s 266. The election featured a controversy over who won Florida’s 25 electoral votes (and thus the presidency), the recount process in that state, and the unusual event that the losing candidate had received 543,816 more popular votes than the winner. 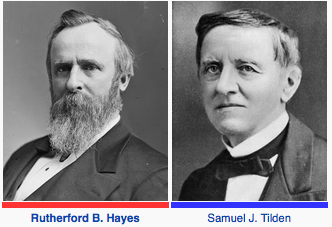 The United States presidential election of 1876 was one of the most disputed and intense presidential elections in American history. Samuel J. Tilden of New York defeated Ohio’s Rutherford Hayes in the popular vote, and had 184 electoral votes to Hayes’ 165, with 20 votes yet uncounted. These 20 electoral votes were in dispute: in three states (Florida, Louisiana, and South Carolina) each party reported its candidate had won the state, while in Oregon one elector was declared illegal (on account of being an “elected or appointed official”) and replaced. The votes were ultimately awarded to Hayes after a bitter electoral dispute.