Our lovely blue planet is extraordinary for a number of reasons. The most significant of these reasons, to most of us, is the fact that it is the only place in the universe that we know for certain houses life. But on the thin film of gas and liquid that coats our planet, that life has developed in such a dazzling array of forms that even today, biologists are finding new species on a daily basis. Living things thrive in the blazing sun of arid deserts, in the crushing pressure of deep sea trenches, in the icy wastes of Antarctica, and even within the very stones beneath our feet. The adaptations that allow this versatility have created species with some very extreme features.

The Blue Whale, known to taxonomists (those biological eggheads who make up complicated scientific names) as Balaenoptera musculus, is a baleen whale that is easily the largest of animal on the planet. Blue whales have been found that measured at up to 109 feet in length and weighing up to 200 tons. This places the blue whale far in the lead for the title of largest animal that has ever lived. No known dinosaurs, outside of a few possible theoretical species, even approach this big boy’s size.

While it may not be the biggest, fastest, or most impressive species in the world, the little Australian oddball known as the platypus (Ornithorhynchus anatinus in geek-speak) is certainly one of the most confusing. The bizarre forces of evolution (which apparently love a good joke) that led to this animal have blessed it with a wide array of characteristics that you’re unlikely to find together outside a biology textbook. As a mammal, it is warm-blooded and furry, but is a monotreme, meaning that it lays eggs for reproduction. It has flat, webbed feet to propel it through the water, a duck-like bill for a snout, and a flat tail resembling that of a beaver. It has sensitive organs on its bill that can detect the electrical signals in the muscles of fish swimming through the water, sharp spurs, which in the males secrete a potent, though non-lethal, venom. That’s right, it’s poisonous, too. Or, rather, venomous. Turns out that there’s a difference. It’s not enough that the monitor lizard known as Varanus komodoensis, or the Komodo Dragon, can grow 10 feet long and have a weight of over 150 pounds, making them the largest lizard around today. It’s not enough that they are ferocious, rapacious carnivores who, although they generally feed on carrion, can ambush and bring down a water buffalo with their jagged teeth and huge claws. It’s not even enough that their toothy mouths are awash with both venom and a soup of bacteria that almost always causes serious or fatal infection in bite wounds. If all that weren’t enough, the females can lay viable eggs even if there are no males around. I’m just glad they’re only found on a few islands in Indonesia. 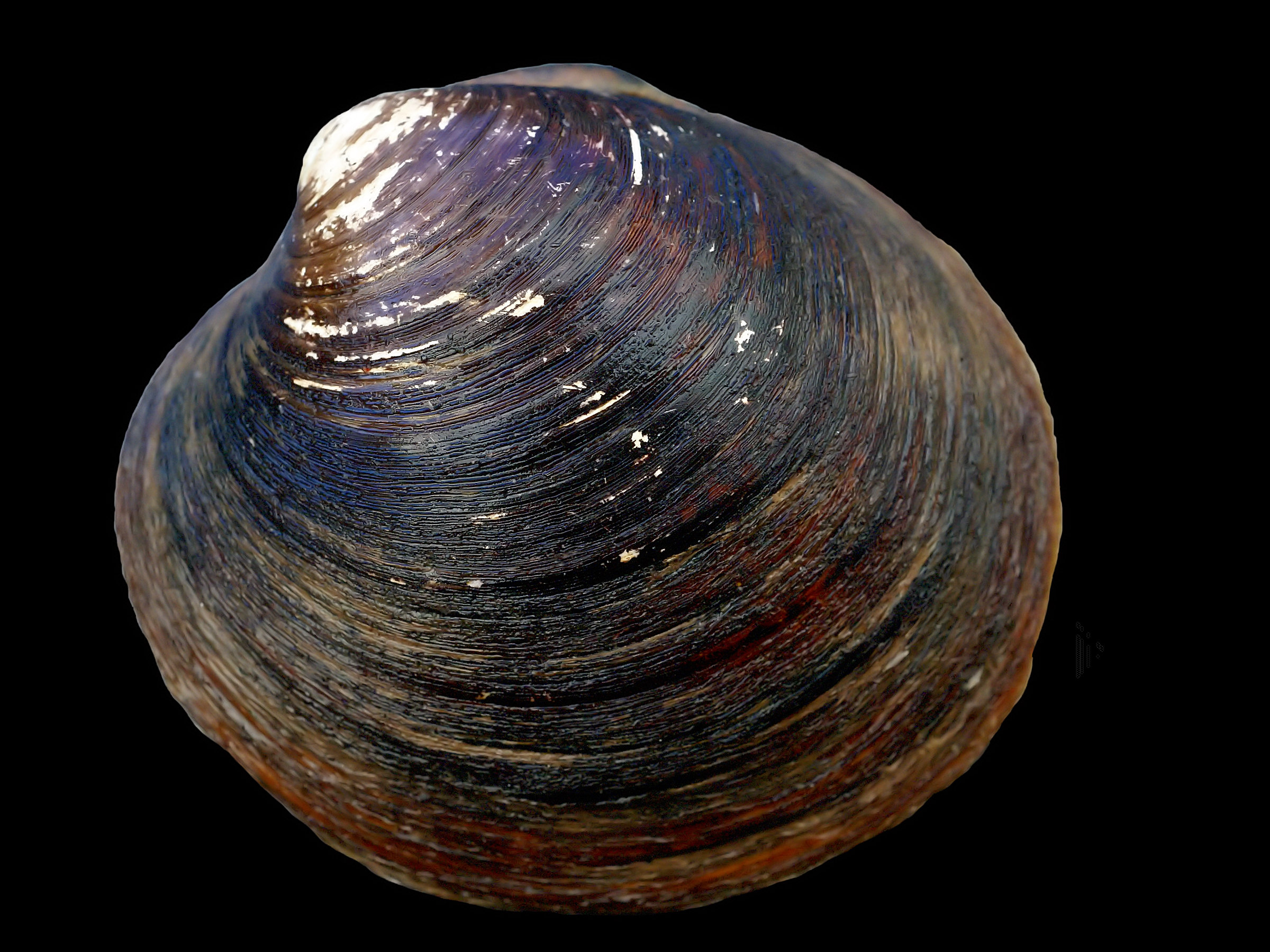 This unassuming little shellfish, arctica islandica, which looks much like a clam and is harvested for food in many areas of the North Atlantic, including Iceland, doesn’t look particularly impressive. It’s even used to top sushi on occasion, and doesn’t get a lot of attention. But it has the distinction of being one of the longest-lived animals. It’s hard to tell how old they grow to be on average, but at least one specimen was brought up from the deep that had lived for over 405 years. That is, until some biologist dredged it up into the air and tested its age, which was fatal. C’est la vie.

You’ve seen the movies. Some scientists are working in a lab. Unbeknownst to them, mutations in the lab’s experimental animals have transformed some of the creatures, giving them strange new powers. And before the world is prepared, upon the unsuspecting population is unleashed… a little white mouse. The strain of white lab mouse known as Murphy Roth’s Large (or MRL) mouse was being used for routine scientific experimentation when it was discovered that this particular mouse had the ability to not only heal from injuries inflicted on it, but to regenerate. It was able to recover from injuries without any detectable scarring, and even to re-grow toes, tails, or even vital organs, including the heart, that were destroyed or removed. Could this indicate that science could someday use this mouse to allow injured humans to regenerate lost limbs and organs? Stay tuned. Big things may be on the way. 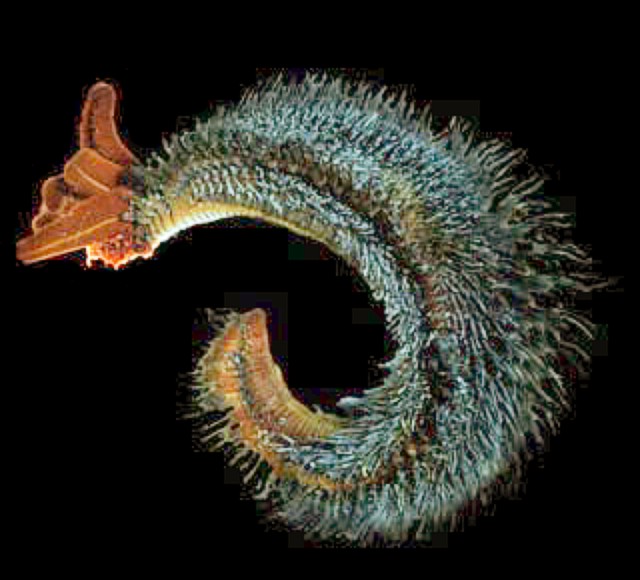 Alvinella pompejana or Pompeii worm, able to survive temperatures as high as 176°F. A coating of protective bacteria covers this deep-sea worm’s back.

Unless you are a very lucky marine biologist, you are unlikely to ever see Alvinella pompejana, or the Pompeii worm, in person. That’s because this fanciful-looking tube-worm lives its life stuck around volcanic hydrothermal vents in deep ocean trenches. These little worms live in an environment that is incredibly hostile to life, and that goes beyond the water pressure that would easily crush you or me to death in seconds. Their lower end is usually resting (within their tubes) in water up to 176 degrees Fahrenheit, while their head end is often in water at a far more amenable 72 degrees Fahrenheit. This makes them the second most heat-tolerant of all complex animals. For the most heat tolerant, see number 3 on this list.

This tiny bacterium is little known to the general public, but is of great interest to the scientific community, which might explain why it’s sole name is pronounceable only by people who prefer biological taxonomy to inconsequential things like dating or hygiene. Although it is known for several interesting properties, including the ability to withstand heat and exposure to acids, it is named for its most astounding ability. It can survive doses of radiation that would kill virtually anything else on the planet. For comparison, a human will die after absorbing 10 Grays of radiation. D. radiodurans has been dosed with up to 15,000 Grays, and come through without being wiped out. Its ability to withstand radiation and repair its own DNA is being researched for use in medicine as well as use as a computer storage medium.

The water bear, also called a tardigrade, is my nominee for the Toughest SOB You’ll Ever Lay Eyes On After Bruce Willis award. There are over a thousand species of this little eight-legged animal, and they have been found living literally everywhere on Earth. Some sadistic poking and prodding by scientists has revealed that these little action heroes can survive at temperatures of 303 degrees Fahrenheit at the top end (remember that water boils at 212 degrees), and at the lower end, have survived at only a few degrees above absolute zero. They can withstand pressures ranging from 6,000 atmospheres, which is not even found in the deepest oceans, to the vacuum of outer space. They have shown resistance to radiation that is unparalleled in the animal kingdom, allowing them to survive doses of radiation over a thousand times the intensity that it takes to kill a human (unless, of course, you are the previously-mentioned Bruce Willis). And they can be completely dehydrated and then come back to life after decades of being tiny mummies. It’s little wonder that these guys have been about for around 500 million years.

The tiny bacteria-like organisms classified as archaea were only classified in the 1950’s, and then they were considered to be a group of relatively uncommon microorganisms that could be found in areas of extreme temperatures, acidity, salinity, or other unpleasant conditions. More recently, scientists have been able to use new biochemical technologies to show that, not only are they a totally separate form of life from the other kingdoms on Earth, but that they actually thrive in every environment on the planet. In fact, archaea can be found even down deep into the planet’s crust, everywhere that the ground is porous enough to allow anything to get there. They are so common, in fact, that they are now estimated to make up as much as one fifth of the mass of life on the Earth, and are a major and indispensable part of our ecosystem. Their strange qualities and the genetic differences between Archaea and the other forms of Earth life have caused some scientists to suggest that they may be the common ancestor of every living thing on our planet. Others go even further, with the theory that they aren’t even native to Earth, but were somehow transported here from another planet.

You had to know that we would make the list. Humans, or Homo sapiens, exists today in only a single species with a single variety. Presumably, we killed off the various other varieties and species of humanity that existed up to as little as ten thousand years ago. Of all the different species on the planet, not one has a more powerful ability to change its environment to adapt it to its needs. While other species use evolution to change and meet changing conditions, humanity decided that it had had enough of the whole evolution game, and started forcing the environment to change. We burn down forests to plant food, spread transportation networks across the entire planet, and even alter the atmosphere itself (although that’s not so much on purpose). Although we are a relatively large species with large food requirements, we are currently increasing our population at a rate formerly reserved for disease cultures. We’re not all bad, and I believe that we’ll figure out how to pull out of this nose-dive, but for now it looks like we’ve been voted Most Likely to Cause Armageddon.