Abraham Lincoln is one of the most well-known politicians in history, and arguably the most popular President in the history of the United States. However, his history has been incredibly distorted by many with an agenda, some positive and some negative. Below are ten interesting facts about Abraham Lincoln; some clear up common misunderstandings, others are just outright fascinating, and some may cause you to view him in an entirely new light. 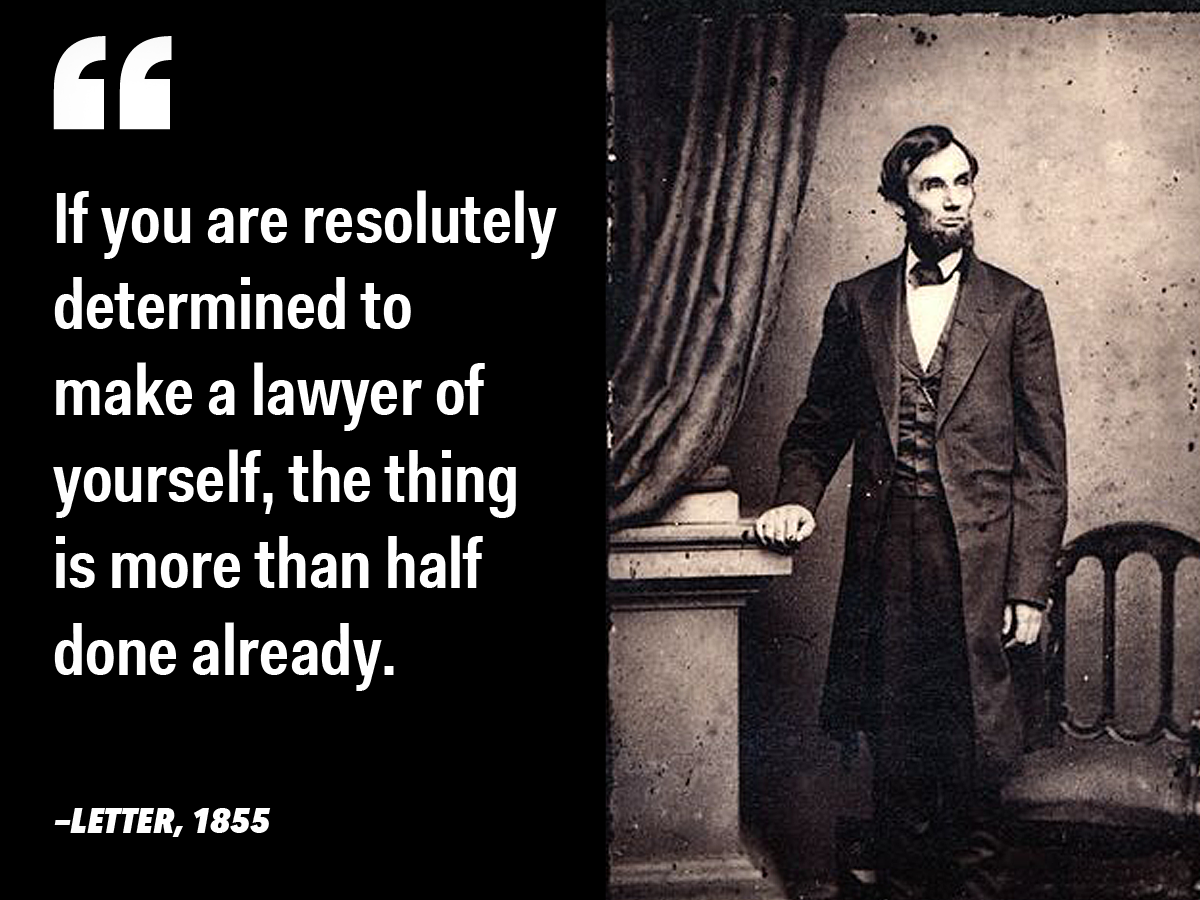 Everyone’s heard of ol’ Abe. But many don’t realize that, before he was President, he was the most well-known lawyer in the state of Illinois. Lincoln, and the partners he worked with, managed over five thousand cases. Lincoln would take pretty much any case that was thrown at him. He once represented a railroad company, and eventually had to sue them to get the legal fees they owed him. Lincoln was also known for being an expert in Constitutional law.

9. He Was An Avid Hunter 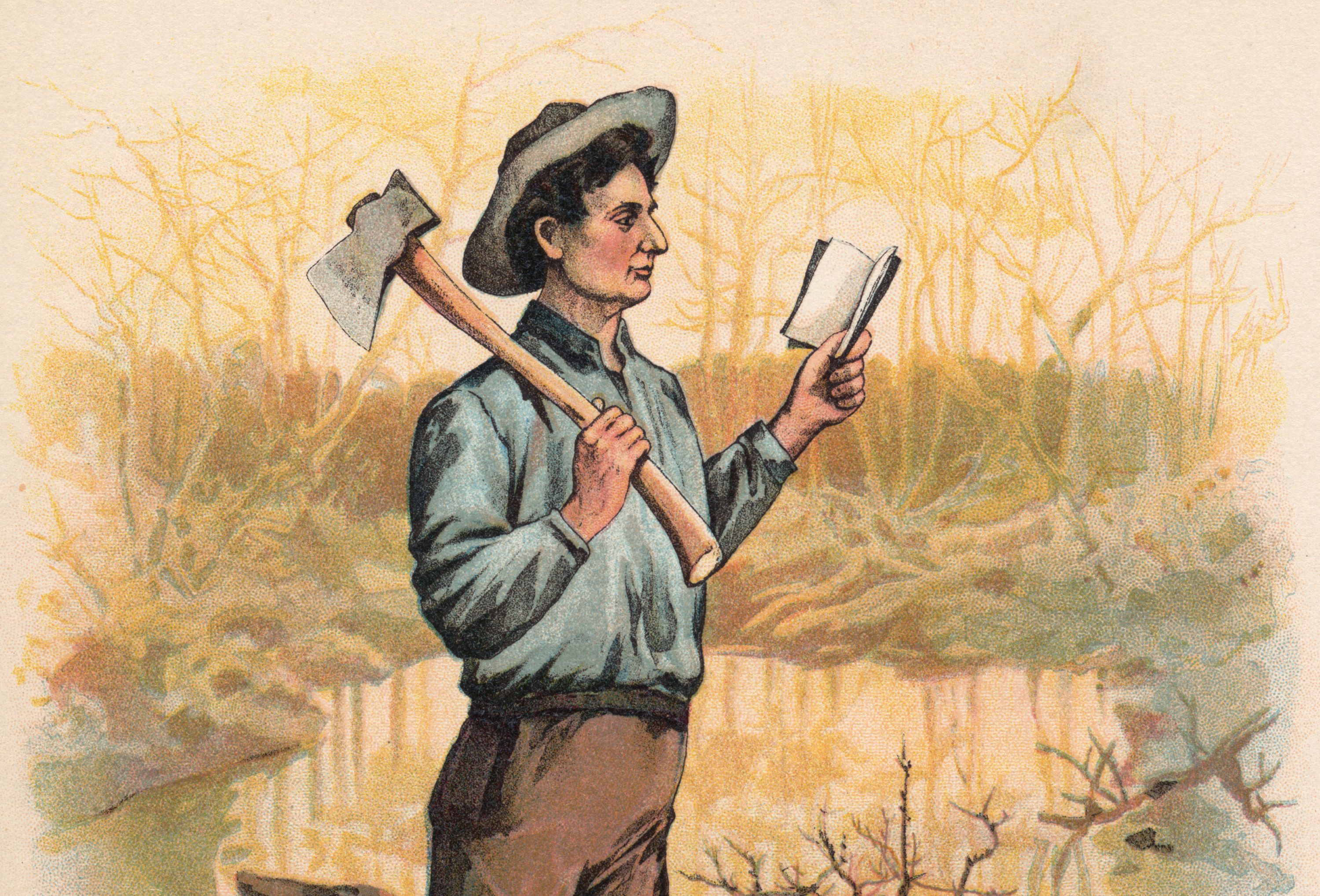 Many people have the mistaken idea that Lincoln did not hunt animals, or even that he practiced vegetarianism later in life. The truth, however, is that there is really nothing to back up such claims. A scholar who did a lot of digging found that the only quote that suggested Lincoln may have been an animal rights advocate was a fabrication. He also found evidence that Lincoln had not stopped hunting when he was young, but that he had hunted coons, turkeys and other similar game all the way up to his adult years. While there isn’t much evidence that he hunted as an adult, he would have been too busy at that point, what with living in the big city and practicing law.

8. He Dueled With Swords 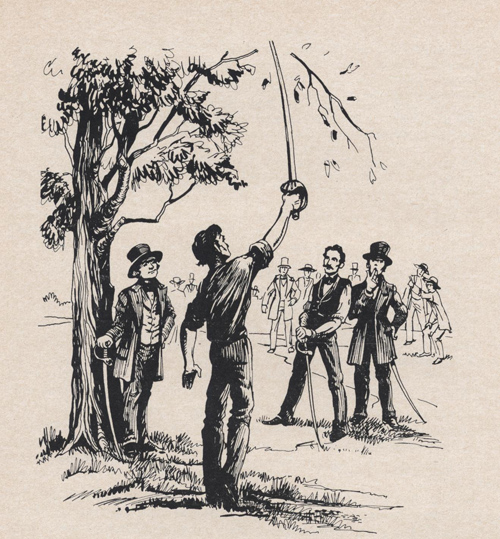 When Lincoln was a state legislator in Illinois, he had trouble getting along with a fellow politician by the name of James Shields. Insulting letters about Shields were published, using pseudonyms such as Rebecca and Jeff. While it has never been proven, many believe that the letters were written by Lincoln’s wife, or by Lincoln himself. Either way, Shields blamed Lincoln, and challenged him to a duel; because Lincoln was the one challenged, he got to choose the weapons that would be used. Going against normal dueling tradition, Lincoln picked broadswords as the weapon. Realizing that he was about to go up against by a freakishly tall man wielding a sword, Shields made peace with Lincoln, and the duel ended without bloodshed.

7. Lincoln Had Lots Of Pets

Lincoln may have been a hunter, but he also had a plethora of pets in the White House, and was known to be a cat lover. His wife Mary Todd even said that her husband’s main hobby was “cats”. He once adopted several orphaned kittens, had a White House dog named Fido, and had two goats named Nanny and Nanko. The Lincolns also had rabbits, and a horse named Old Bob.

In addition, while many people attribute the tradition of granting a turkey a reprieve to Truman, the real originator was Lincoln. A turkey was sent to the White House for killin’ and eatin’, but Lincoln’s young son Tad became really attached to it, and begged his dad to let it leave, beginning the tradition.

6. Lincoln’s Killer May Have Survived

John Wilkes Booth, an actor, killed Lincoln while he was at the theater, and then fled the scene. History says that he was eventually tracked down and killed in a barn. However, some say that it may not have been him who died there, and that he eluded justice until the very end. It is believed by some that he went under aliases such as John St. Helen and David E. George, occasionally confessing to people and then suddenly disappearing.

David E. George is said to have had the same injuries and scars, and was the same age, as John Wilkes Booth. As an actor, it is not entirely unbelievable that Booth could pull off such a charade, but while some claim to be quite certain one way or the other, the mystery remains unsolved. For his time, Lincoln was quite progressive when it came to voting rights. He believed that all who contributed to the country, either through taxes, or taking up arms for their country, deserved a right to vote. And in one particular quote, he specifically said that this should not exclude females. While he was not an incredibly strong advocate for women’s rights, saying even that much in his time was quite beyond normal. It is also said by some historians that his legacy was very important for the women’s rights movement. Lincoln strongly believed in freedom and the right to vote, more so than many even today. Lincoln’s bearded face is one of the most famous in the world, especially in the US where he and his beard appear on several forms of currency. However, even during part of his run for President, he had not yet grown his iconic beard. While beards had been starting to gain some traction as a new style craze, Lincoln had not really considered growing one. However, a little girl named Grace Bedell changed his mind. The girl sent a letter to Lincoln, asking him to grow a beard, because she thought that it would make women convince their husbands to vote for him, and give him a better chance.

Whether the beard actually helped or not is hard to say, but he won the election, so it couldn’t have hurt his chances too much. Lincoln was also known to not have a particularly pretty face, and the beard did hide his narrow neck and sunken cheekbones, so if the goal was to impress the ladies, mission accomplished. 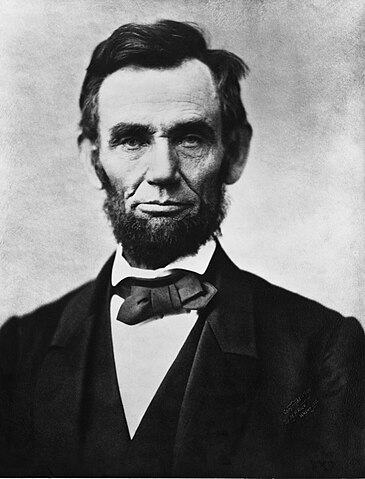 This is one of the most oft-repeated misconceptions in regards to Lincoln, and it is completely untrue. SO many people have repeated the untruth that Lincoln founded the Republican Party that it has basically become the truth, even to the point that President Obama made the mistake recently while speaking. While Lincoln did join the Republican Party a few short years after it was founded, he was not the first. He wasn’t even the first Republican to run for President; that was John C. Fremont. The confusion most likely stems from Lincoln being the first Republican to ever win the Presidency. But still, it’s been over seven score and ten years! Can this blatant myth just fade away already? 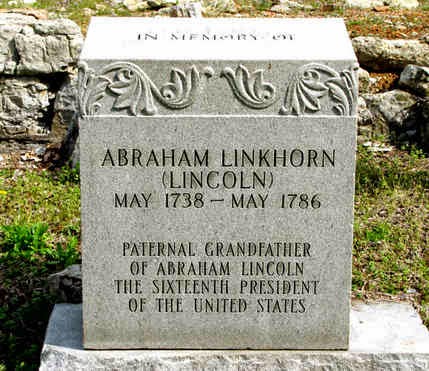 Abraham Lincoln, like most people, had a grandfather, and his name was also Abraham Lincoln. Great Abe was a militia captain who fought in the American Revolution, and lived in Kentucky. Unfortunately, President Lincoln never got to meet his grandfather, because he was killed well before he was born. Grandpa Abe was tending crops when an Indian war party attacked and killed him. Legend has it that his son Josiah ran to get help, while his sons Thomas and Mordecai ran back to the cabin. It is said that Mordecai took a shotgun and killed an Indian who was going to scalp his father. After this unfortunate incident, the Lincoln family moved away from the area.

1. His Stance On Slavery 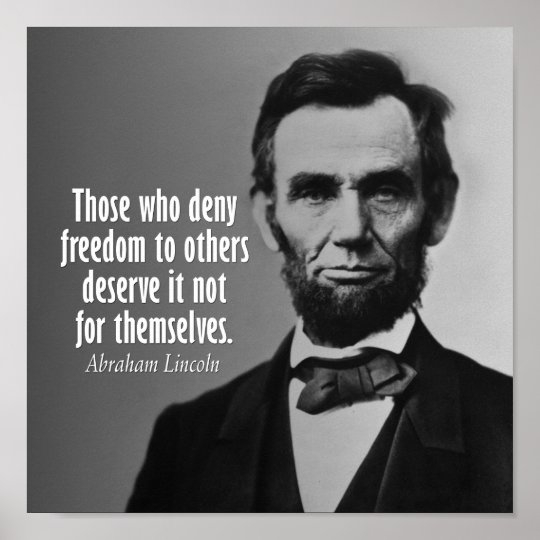 Nothing is more misunderstood than Lincoln’s views about slavery. Some say that he didn’t care about the slaves and just wanted them gone; others say he was the greatest anti-slavery crusader of all time. As is usually the case, the truth is a lot more complicated than that. His views changed over time, and his ideas in regards to a black colony of some sort were not because he hated black people. Rather, he felt that, in the society they lived in, with all of its prejudice and outright hatred, an equal society was not possible, and that black people would never get fair treatment.

As time progressed he was very outspoken against the further spread of slavery, supported the 13th Amendment which made slavery illegal, and signed the Emancipation Proclamation. And if one wants to look any further for evidence that he was truly anti-slavery, they need only look at the platform of the party he chose to join. The entire Republican Party was basically the party of Abolitionism. Lincoln had to play politics to get elected and achieve what he wanted, and he may not have been progressive by today’s standards, and his views may have been complicated, but there is no question that he was against slavery, and believed in equality for all. And, for his time, he was the champion against slavery that the USA needed.