From guitar faces to the different kinds of axes, here is the Top 10 Greatest Guitar Players. Squeezing the talent that’s blessed our ears for all these years into a list of 10 is just as difficult as choosing which limbs to lose or keep. The list is by no means definitive, but it’s an accurate representation for the uniqueness of the music the guitarist has made. In short, these famous guitar players have played the melodies that have made grown men cry, and probably gave you a taste of how your guitar face would look like pretending to play that solo. Of course many great guitarists may not have made this top 10 list, but feel free to add your own favorites in the comments.

The guitar player who makes his guitar sound anything but a guitar. Helicopter rudders, disc scratching, and his use of the kill switch for staccato like guitar riffs has made him probably the most innovative guitar player of our time. He is a guitarist who can take feedback, and ground hum from his own body into coherent music. Be it Rage Against The Machine, or Audioslave you can always see Morello’s signature licks shining through. 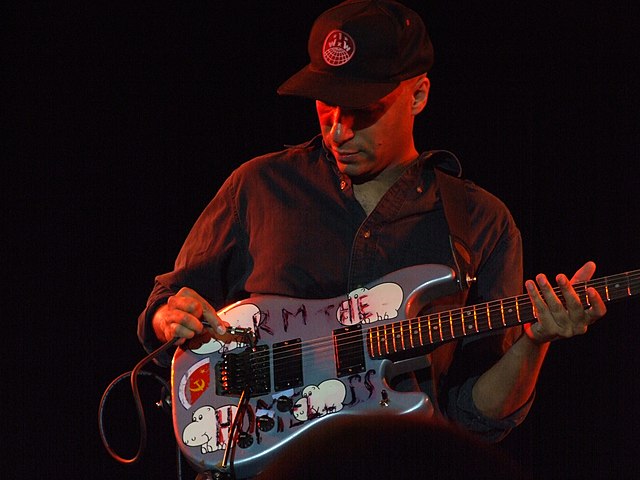 Whoa whoa wait, what? This pop artist? A guitar player? If all you’ve ever heard from Mayer is Your Body Is Wonderland, or Daughters, then you’ve got to give his album Continuum a listen to. He is no Shakespeare

, but his guitar playing speaks to your soul. His songs will make most glorified tough guys miss their old girlfriend, and the rest just go to a corner and cry. If you think that his songs are all too depressing, then watch some videos of him playing. His guitar face is priceless. 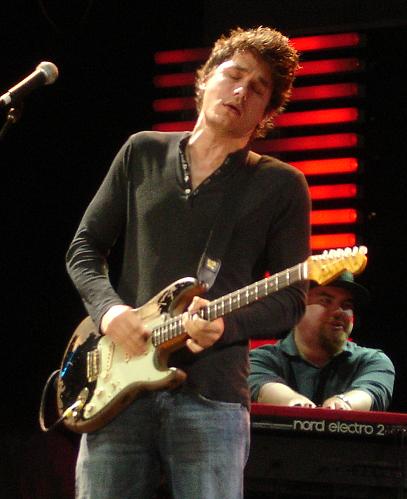 Mr. White is an incredibly underrated guitarist. His singles (From the White Stripes) always span with just three to four chords and his simplistic blues rhythm and picking styles have him overlooked most of the time. However, his masterful use of the Digitech Whammy and is erratic playing make for some of the most memorable guitar solos ever. Check out Ball and a Biscuit and try not to like that solo. One of my favorite Jack White moments was during the 2004 Grammys, where he took 7 Nation Army and went into a cover of Son House’s Death Letter (another artist who I had to unwillingly cut out of the list). In an awards show celebrating Justin Timberlake and Missy Eliot, Jack White took time to give a salute to where things got started, to an artist born a century ago. 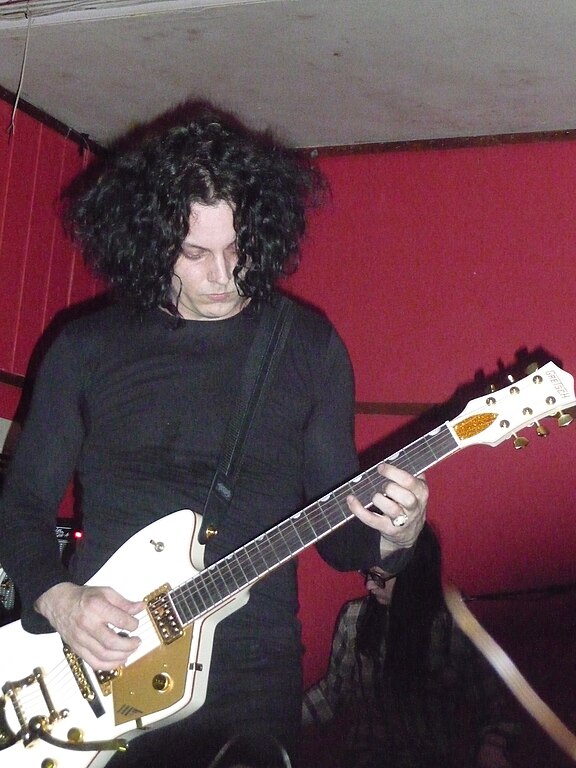 Admit it. You’ve slow danced to Stairway To Heaven before. Page’s playing have influenced so many guitar players of today, and Led Zeppelin revolutionized Rock and Roll blending acoustic guitars, banjos, and mandolins while still staying with the same gritty rock image. His guitar riffs are forever etched into Rock and Roll’s hall of fame. How influential was he? Step into a guitar store, and you’ll see. Thousands of 12 year old kids across the globe are playing the intro to Stairway. Now that’s how you know you’ve made it. 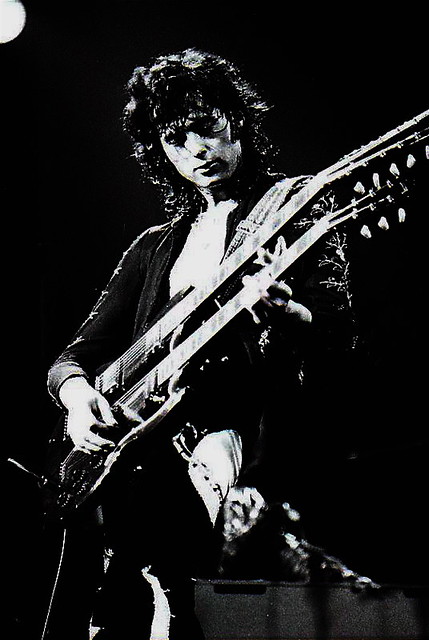 Yeah. He may have to sit down when he plays, but he’ll have you on your feet when he does. BB’s creamy yet piercing tone, his unique vibrato and his absolute flawless ability to express his emotions through the guitar earn him a spot in the top ten. King’s years of fame haven’t gone to his head. He is still as humble as ever giving front row seat tickets to fans waiting in a cold parking lot just to have a glimpse of him. BB King can’t play chords. Nor does he sing and play at the same time. But he has worldwide recognition of his accomplishments as an artist. That’s a mark of a truly great guitarist.

Gilmour was made famous by his haunting guitar scores in Pink Floyd. This “replacement” guitarist surpassed expectations and helped shape Pink Floyd’s unique sound. You can always expect hairs at the back of your neck to stand whenever you hear one of his solos – be it for the first or hundredth time you’re listening to it. All the emotion that Gilmour’s poured into his guitar work lives on in the music and is channeled through anyone who’s ever wanted to cover a Pink Floyd song. I know several guitar players (myself included) who whenever playing the Comfortably Numb solo – whether they are alone in their bedrooms or on stage – have always been unwillingly brought to tears, near the point of crying. How could you not expect things to get esoteric and mystical when it comes to music?

Let’s get it straight. Froo – Shawn – Tey. If you don’t know him, he’s the lead guitarist of the Red Hot Chili Peppers. Frusciante is the author of the brilliant chord progression on Under the Bridge, the haunting intro to Californication and the simplistic solo and riff on Otherside. If you’re the casual listener of the Chili Peppers, then you may wonder why John has made it so far up this list. But a tad of a closer look will reveal that his simple catchy riffs are the tip of the ice berg. One can catch a glimpse at his technical skill in the Dani California solo. A bit deeper and you’ll run into Lyon 06.06.06 in one of the B Sides. John takes his influences (Page, Hendrix) and mixes his own nuances into a sound that’s pleasantly different, but melodically having the same effects on you. A track to look out for on his solo work – Ramparts – showcasing four or so guitars layered upon each other in an introspective orchestra. 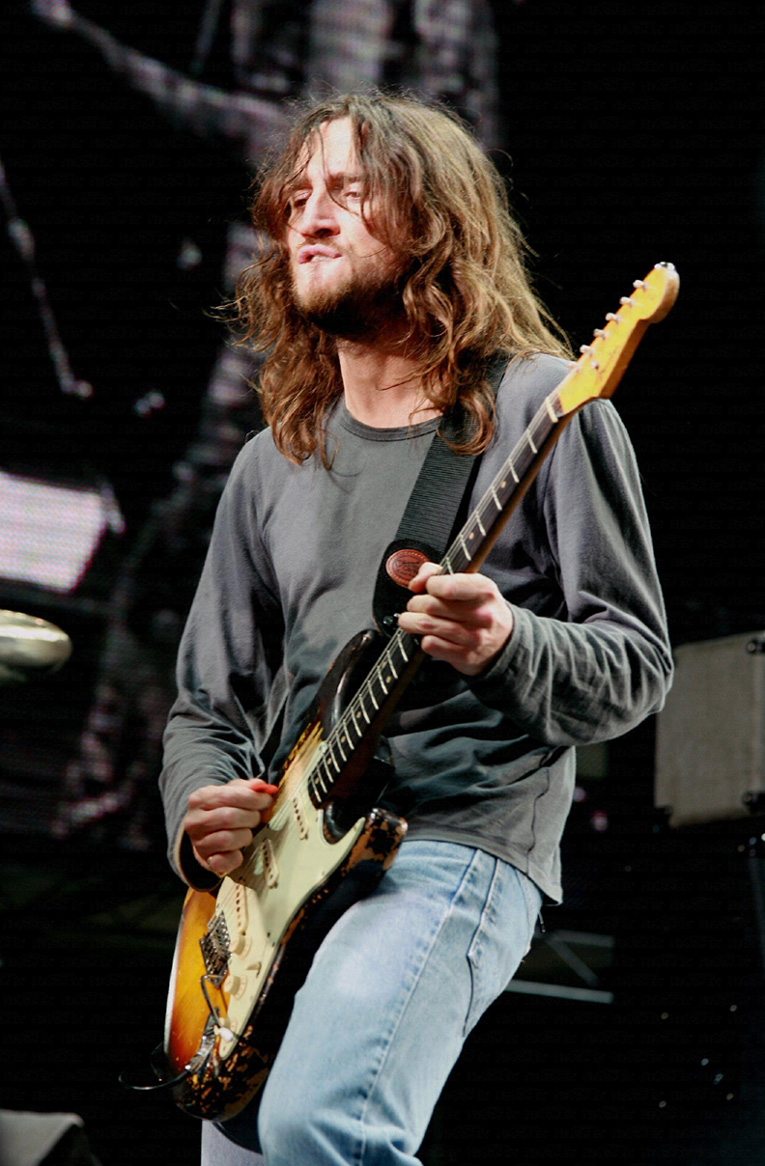 Now if this house is rocking, don’t bother knockin. Famous words by Stevie. Many people perhaps know him for Hendrix covers, but where Jimi left off Stevie continued, and continued he did. The elements of Hendrix were alive and plain to see in SRV, but with it, he also mixed in his own influences such as Albert King and his own soul to make it his sound a trademark spot on his songs. I vaguely remember a car commercial where I spotted Stevie’s playing (Pride and Joy) in a Nissan ad. That was much before I really got into Vaughan’s work. SRV was an artist who could play while absolutely stoned face. And when he did sober up, he actually played better. His newfound health and love for life and music are showcased on In Step his last album before his death a year later. Stevie’s footprints will always be in the air and in our hearts.

Hendrix was known for a lot of things.The beautiful chord embellishments on Little Wing, the grit of the solo in Voodoo Child screaming off of his strat pickups, his cover of the Dylan song All Along The Watchtower, and the backwards solo in Castles Made of Sand, but known as a great innovative guitar player over and over again. His short but explosive career influenced numerous artists for many years past his death and continues to influence musicians today. To make such a difference in such a short amount of time truly earns Jimi a spot as number two. But…then you may ask, “Who is deserving of number one?!”

Bobby Jo is number one on this list. Every artist has unknowingly been influenced by him. Starting in the Mississippi Delta, Johnson’s life is rife with myths, and allegory. His deal with the devil and death are full of folklore and mysticism, and it only adds to his haunting voice and groundbreaking guitar playing. His songs are just a pure expression of emotion with no bars held. He led the groundwork for early blues to be filled in and worked upon by all the artists on this list. He also worked on breaking down social barriers. A black man in the early 20th century was not exactly the best place to be. But his music was to add interest by white musicians and help the civil movements of the sixties. Politically or musically, Robert Johnson is deserving of number one on this list.