Every year, thousands of inmates escape from prisons around the world. Of these, most just walk away from minimum-security corrections facilities, but other inmates implement complex, ingenious, and often violent schemes in order to make their getaway. Whether the work of notorious outlaws, WWII G.I.s, or 18th century writers, the following are the top 10 most incredible prison escapes. 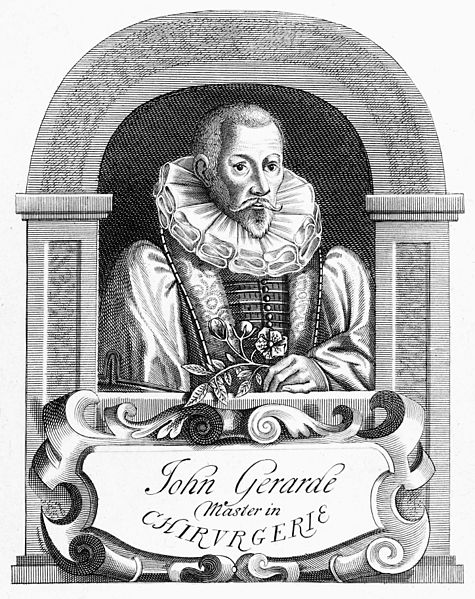 John Gerard was a sixteenth century Jesuit priest who is remembered as one of the only people to ever escape from the notorious Tower of London. Gerard was put in the Tower for carrying out his religious missions during a time when the Catholic Church was under persecution in Elizabethan England. He endured frequent interrogations, and despite never breaking even under torture, he was eventually sentenced to death. Gerard immediately began planning an escape, and was able to communicate with allies on the outside via smuggled notes written in an invisible ink made from orange juice. After one failed attempt, Gerard was able to make his escape when some accomplices rowed a boat into the Tower’s moat and managed to get a rope up to him. Gerard almost fell to his death because his hands were so injured from torture, but he managed to climb down to the boat and was smuggled out of England to live out the rest of his life in Rome.

Legendary 30s outlaw John Dillinger was involved in a number of often violent prison escapes. In 1933, he and his gang engineered a daring escape from a prison in Lima, Ohio after they used smuggled rifles to gun down two guards. But Dillinger’s most famous escape of all came in 1934, after he was arrested on the heels of a number of famous bank heists. Dillinger was put in the “escape-proof” Lake County Jail, a prison that was guarded by an army of policeman and National Guard troops. In what has become something of a legend, Dillinger is said to have fashioned a phony gun out of a bar of soap and used it to force his way out of the jail. In his typical brash style, he then stole the Sheriff’s brand new Ford and made his escape to Illinois. Ironically, it was this move–driving a stolen vehicle across state lines– that got the FBI on his trail and eventually led to his demise.

Richmond, Virginia’s Libby Prison was one of the most infamous jails of the Civil War, but it’s also the site of one of the conflict’s most daring escapes. In 1864, a group of 15 Union soldiers under the direction of Col. Thomas E. Rose and Major A.G Hamilton managed to tunnel through the prison’s basement to a nearby vacant lot. This was no easy task, as Libby’s basement was a dark and vermin-infested cellar known to the men as “Rat Hell,” but after seventeen days of digging, they reached a nearby tobacco shed. From here, 109 soldiers managed to escape into the city of Richmond and make a run for the nearby Union lines. 48 of the men were recaptured, and 2 drowned in a nearby river, but 59 managed to make it to the safety of the Federal army. Their escape remains the most successful prison break of the Civil War.

7. Casanova’s Escape from the Leads

Venetian writer and adventurer Giacomo Casanova is best remembered for being a ladies’ man, but he is also responsible for one of the all time great prison breaks. In 1753, after gaining a reputation for debauchery and adultery, Casanova was arrested and confined to the Leads prison, so named because it was outfitted with a lead roof that was designed to encourage stifling heat and make escape impossible. After smuggling a metal spike into his cell, Casanova and a renegade priest confined nearby managed to tunnel through the ceiling of their cells. Once through, they pried open the lead plates on the roof and broke into another room through a dormer window. Using a combination of ladders and ropes, the duo managed to make it to the ground floor, and after breaking a lock and sneaking through the prison corridors, they escaped by gondola into the city’s network of rivers. Casanova would later write about the escape in a popular memoir, and though many have speculated that the story may be embellished, evidence from scene of the jailbreak seems to back up his account.

Many European prisons have exercise yards on their roofs, a feature that French criminal Pascal Payet has repeatedly used to his advantage. Payet was originally jailed for a murder that occurred during a botched robbery on a security van, and was sentenced to thirty years in France’s Luynes Prison. In 2001, he managed to make a daring escape when an accomplice simply picked him up from the prison’s roof with a hijacked chopper. Payet even returned to the prison two years later with another helicopter and proceeded to help three other prisoners make their escape, but all four men were re-captured, and Payet was given another seven-year sentence for his role in the jailbreak. Amazingly, in 2007 Payet again escaped via helicopter, this time from Grasse prison in southeast France. He was lifted off the roof by four masked accomplices who had hijacked a chopper from a nearby airport by threatening to kill the pilot. After landing near the Mediterranean Sea, the pilot was released, and Payet and his accomplices have since disappeared.

Dieter Dengler was a German-American Navy pilot who made a famous escape from a jungle prison camp during the Vietnam War. In early 1966, Dengler’s plane was shot down by anti-aircraft fire over Laos, and he was captured and shipped to a prison camp run by the Pathet Lao, a group of North Vietnamese sympathizers. Dengler had earned a reputation for his uncanny ability to escape from mock-POW camps during his military training, and he immediately contributed to a plan the prisoners had to make a getaway. On June 29, 1966, he and six other prisoners managed to escape from their hand and foot restraints and get a hold of the guard’s weapons. After gunning down three guards, Dengler escaped into the dense forest. He would eventually spend 23 days in the jungle enduring extreme heat, insects, leeches, parasites, and starvation before being rescued by an American helicopter. Only one of the other prisoners, a Thai contractor, survived the escape. The others were all either killed or disappeared in the jungle. Dengler would go on to become a successful test pilot in his later years, and to this day he is credited as the only American soldier to successfully escape from a prison camp during the Vietnam War.

In 1962, Frank Morris and Clarence and John Anglin used months of meticulous planning to make what has become the prototypical prison escape. The trio were being held in the infamous prison on Alcatraz Island in San Francisco, which was reserved for the most hardened criminals and considered to be one of the most escape-proof prisons ever built. The men used a series of tools including a drill assembled from a vacuum cleaner motor to chip away at the aging concrete in their cells and make it to a nearby ventilation shaft. They then made their way down a chimney to the beach, where they quickly assembled a handmade raft and escaped into the San Francisco Bay. Their escape was not realized until the next morning, as the men had fashioned some dummy heads from soap, human hair, and toilet paper to make it look like they were asleep in their beds. The men were never heard from again, and most evidence suggests they drowned in the bay, but no bodies were ever found. 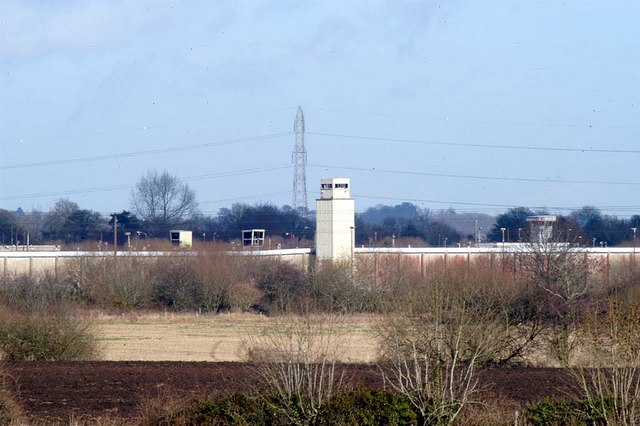 One of the most violent prison escapes of all time, the Maze Prison break took place in 1983, when 35 inmates escaped after taking control of the prison by force. The Maze was reserved for Irish Republican Army paramilitary combatants and terrorists, and was considered to be one of the most inescapable prisons in all of Europe. But after several months of planning, a group of prisoners led by IRA members Gerry Kelly and Bobby Storey seized control of an entire cellblock by using handguns that had been smuggled into the jail. After wounding several of the guards and stealing their uniforms, the prisoners hijacked a car and took over a nearby guard post, but when they couldn’t get past the main gate, the men hopped the fence and made a run for it on foot. All told, 35 men escaped from the prison– sixteen of whom were recaptured soon after–and twenty guards were injured.

Billy Hayes was an American student who was arrested in 1970 when he tried to smuggle two pounds of hash onto a plane in Turkey. After being caught, he was sentenced to thirty years in the harsh Turkish prison system. Hayes toiled in Sagmilicar Prison for five years, but he was eventually transferred to an island prison in the Sea of Marmara, and it was here that he began to seriously plan his escape. The island had no boats, but a nearby harbor would frequently fill up with small fishing vessels any time there was a strong storm. Hayes spent days hiding in a concrete bin, and when the time was right, he swam to the harbor and stole a small dinghy. From here, he was able to make his way to Greece, and eventually traveled halfway around the world before arriving safely back in the United States. Hayes later wrote a book about his ordeal called Midnight Express, which was adapted into a fictionalized film of the same name.

For sheer planning, risk, and scale, prison escapes don’t get much more complex than the 1944 escape of 76 Allied soldiers from Stalag Luft III, a German prison that operated during WWII. The escape was the culmination of over a year of work by some 600 prisoners. The men dug three tunnels (nicknamed “Tom,” “Dick,” and “Harry”) 30 feet beneath the surface of the prison with the plan of tunneling past the main fence and surfacing in the nearby forest. This required a sophisticated construction process that included the use of wood blocks for support, a series of lamps, and even a pump to make sure the soldiers digging had enough air to breathe. After gathering a collection of civilian clothes and passports, on March 24, 1944 the soldiers began to make their escape. Unfortunately, the tunnel had come up short of the forest, and as the men surfaced they were in clear sight of the guards. 76 men still managed to escape, but the 77th was spotted and the tunnel was shut down. The Nazis took a special interest in the escaped prisoners, and all but three were eventually caught. Still, thanks to the popularity of the famous movie based on it, as well as its sheer scale and audacity, “the Great Escape” remains one of the most well-known prison escapes of all time.