The Statute of Liberty is not only an iconic symbol of America, freedom and worldwide friendships – she has also been in more cinemas than popcorn.  In most of her movie appearances she has played a peripheral role, lurking in the background as a torch-carrying part of the scenery.

The flying limousine in Team America (2004) took a detour round her diadem rays.  Her decapitated head appeared on the VHS box cover of Escape from New York (1981).  She was seen in the background in The Fantastic Four (2005), My Super Ex-Girlfriend (2006) and Maid in Manhattan (2002), and who can blame her for lurking in the background of that movie?

However, in the following ten movies Liberty’s role has been much more integral than a mere background extra. 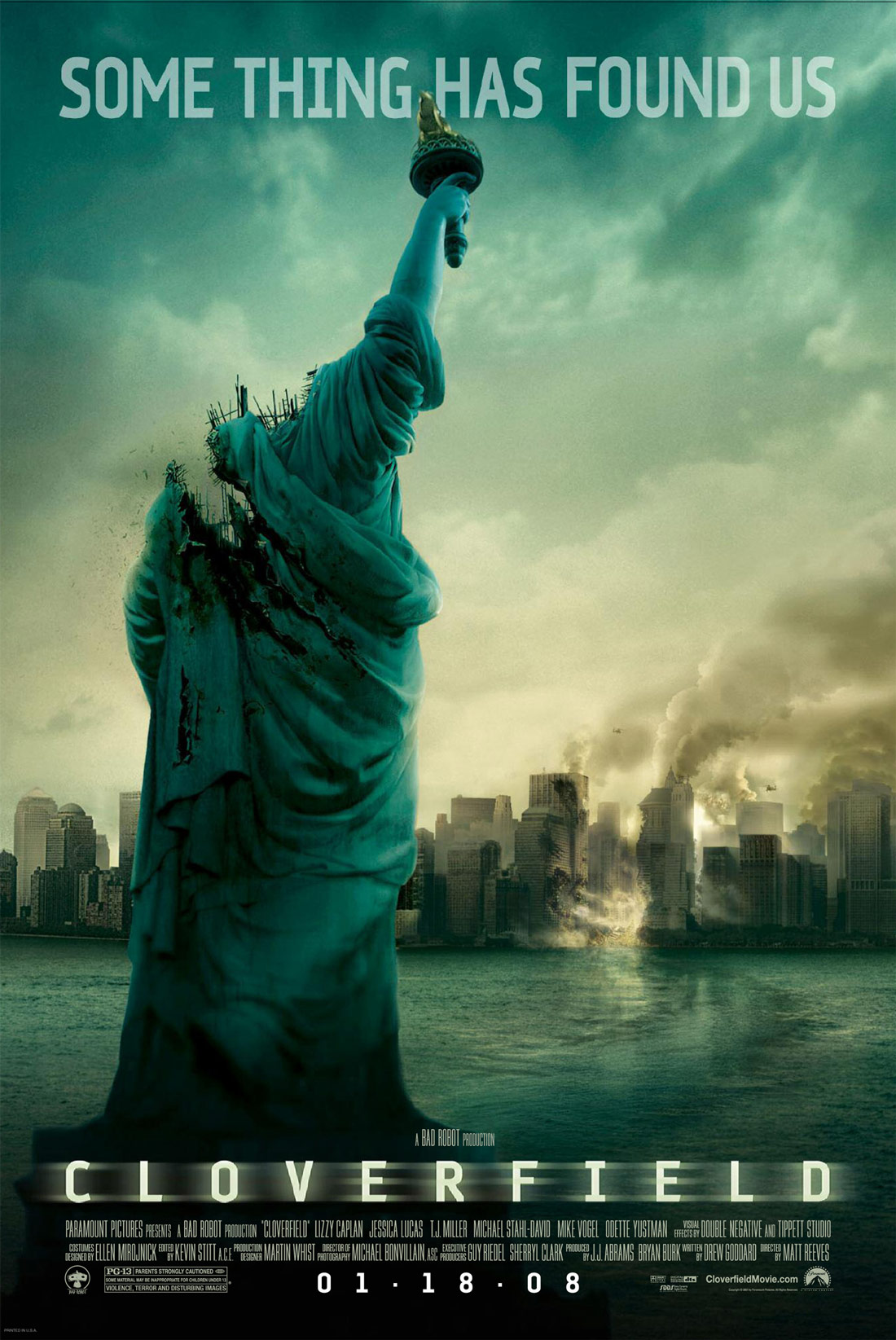 Twenty years ago films with wobbly camerawork and incomplete stories were called B-Movies.  Nowadays, these features are seen to represent artistic quality.  Cloverfield is a movie with very wobbly camerawork and an inconclusive storyline.  As with the box cover for Escape from New York, Liberty again loses her head for a movie with this one.  For those who haven’t yet seen the whole film, it’s enough to say that Cloverfield is a strange tale of alien invasion, everlasting love and even longer lasting camcorder batteries. 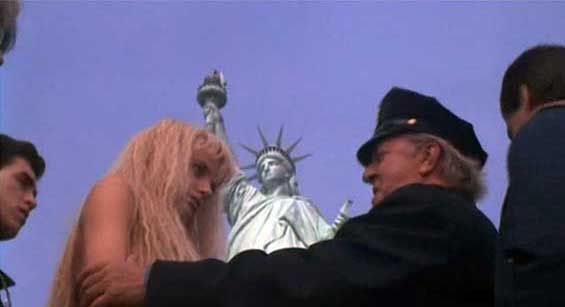 With a Tom Hanks who looks obscenely young and a beautiful mermaid just finding her feet in New York, this fantasy rom-com properly begins when a naked Daryl Hannah turns up at Liberty’s feet on Ellis Island.  Great fun in its day but now, it looks more than a little dated.  However, the words, “naked Daryl Hannah” should give this movie more appeal than most.

In this animated adventure Fievel, a young Russian mouse, is separated from his family as they immigrate to America.  With help from a French pigeon who helped design, build and import the Statute of Liberty (remember – it’s a cartoon) and a soundtrack that includes Somewhere Out There, An American Tail is one of those cartoons that is so sweet it is annoyingly likeable.  Liberty’s appearance in this film is also an impressive reminder that, although she has been in America for more than 120 years, she was originally an immigrant.

Another entertaining romp for Nicholas Cage’s character Ben Gates (from National Treasure – 2004).  This one has Ben finding clues supplied by Liberty, and her sister in Paris, to have him rushing round the globe to uncover the truth about the assassination of President Lincoln.  One of those rare sequels that is as much fun as the original movie. 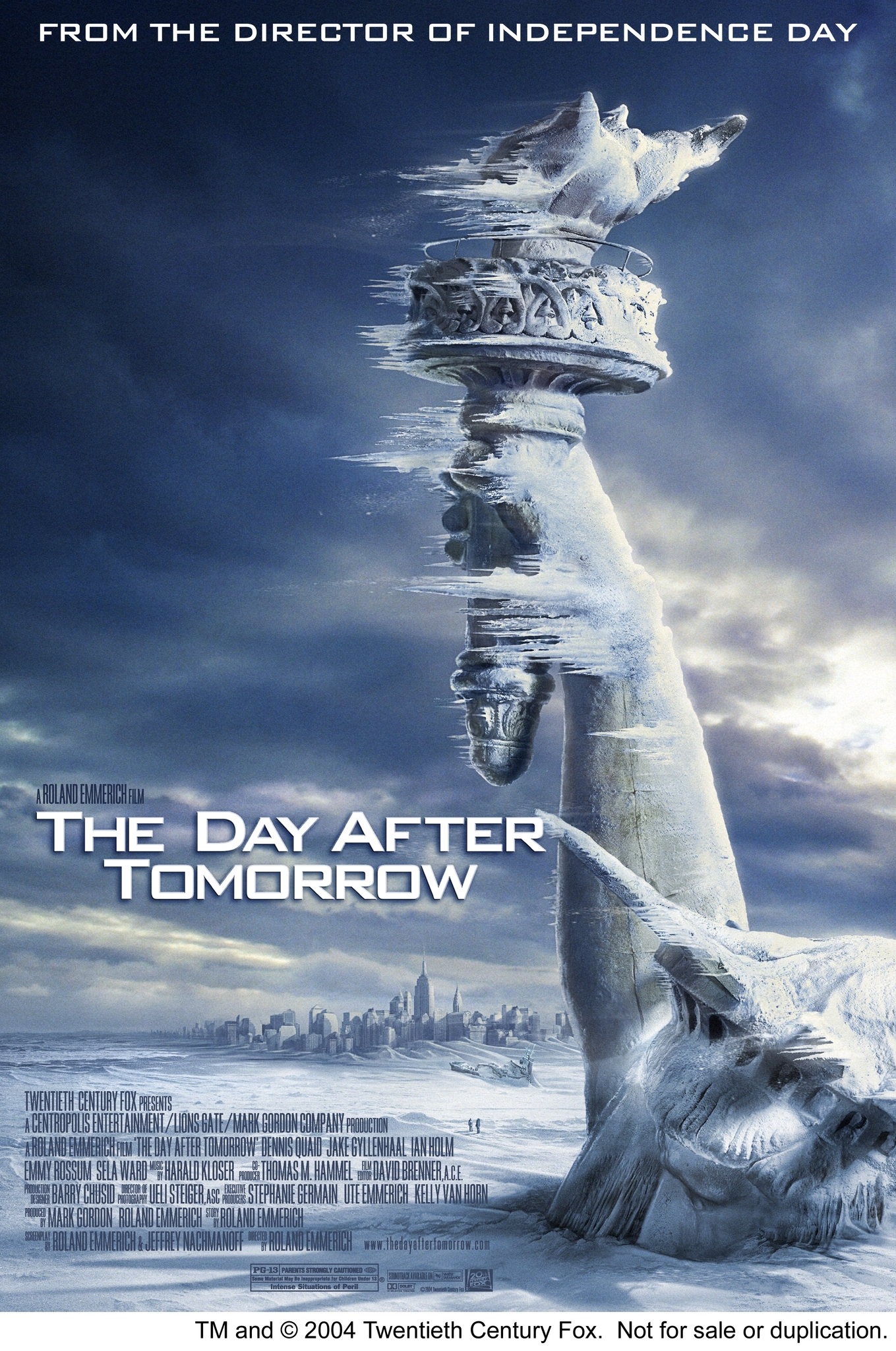 Her torch was seen symbolically emerging from mountainous depths of snow on the DVD cover.  She stood defiant as gigantic ocean waves rushed to overwhelm New York.  As an icon of stalwart resistance against all forces (even environmental catastrophes) this has to have been Liberty’s finest hour.  The only shame is that the movie went on for two hours and five minutes.  It’s amazing how long some of these apocalyptic disasters came last.

And, sadly for Remo Williams, the adventure didn’t get much further.  However, with high-flying, death-defying antics on the top of Liberty’s diadem’s (and a brief appearance from Kate Mulgrew between her stints as Kate Columbo and Captain Kathryn Janeway) this kick-ass 80’s action flick deserves its high ranking in this list for being such a fun and fantastic film.

The climactic scenes of this comic book action movie take place on the top of Liberty’s head.  Wolverine is trying to save Rogue, defeat Magneto, earn the respect of Professor X and maybe put Cyclops out of the picture so he can hook up with Jean Grey.  I think Wolverine is attracted to Jean Grey because she has such an unusual name. 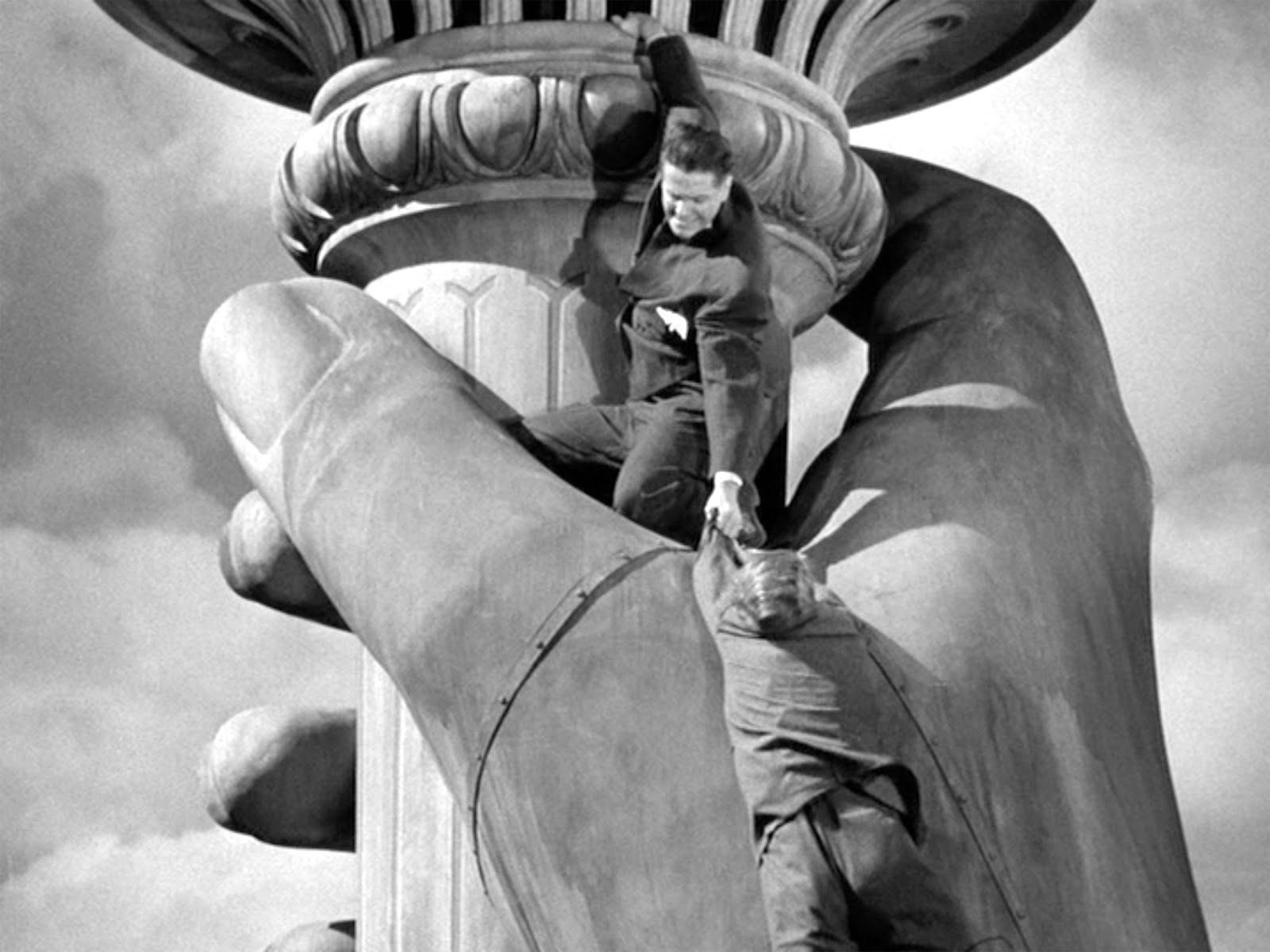 This journey from Los Angeles to New York culminates in a confrontation on the top of the Statue of Liberty as Hitchcock’s hero, (Robert Cummings) struggles to thwart a conspiracy of Anti-American fascists.  It might be black and white and older than most presidential candidates, but this is classic Hitchcock and should have every viewer sitting on the edge of their seat.

This is the one where Liberty takes a stroll through the streets of New York City to help the Ghostbusters triumph and go on to bigger or better things.  The franchise of Ghostbusters movies seemed to end after this one – so maybe Liberty did us a bigger favor than we first realized.

Arguably Liberty’s most famous movie appearance.  Coming at the climax of this film, as Charlton Heston falls to his knees in disbelief, this crucial scene made sense after 112 minutes of movie which, up to that point, had been nothing more than monkey business.  How could they do that to Liberty?  Those damned dirty apes!