We can all understand the reasons to root for a team, but what goes into truly despising and hating a team so much that we expend energy on praying and wishing for them to lose? It would seems success breeds contempt and a loathing we can’t deny. You’ll find 10 successful sports teams that many people love to hate on this list. “Thug U” – that was the name given to critics of the Miami Hurricanes football team during the 1980s. They were bold, they were brash, they were cocky, they had attitude, and they won a lot. Under head coaches Jimmy Johnson and Dennis Erickson, the Canes won three National Championships. However, the reason critics loved to hate them wasn’t just because they were successful. It wasn’t even just their in-your-face style of play and their trash-talking. It was because of off the field incidents that included a pay-for-play scandal involving a nationally known rap-artist, as well as an improper benefits ring during the late 80s and early 90s that led the NCAA to uncover widespread, unpunished drug use and declare that the university had lost institutional control of their football program. While recent coaches have worked hard to change the program’s image, some say the “Thug U” mentality is alive and well, pointing to the team’s 2006 brawl with Florida International as evidence.

In Sidney Crosby and Evgeni Malkin, the Pittsburgh Penguins boast two of the best young players in the NHL today. Crosby, especially, draws a lot of attention and comparisons to former greats Wayne Gretzky and Mario Lemieux. In 2008, they won the Atlantic Division and tore through the Eastern Conference playoffs, reaching the Stanley Cup finals, where they lost to the Detroit Red Wings. So why do people love to hate them? Hype, for one thing. Critics feel all the attention given to Crosby, Malkin and goaltender Marc-Andre Fleury is undeserved. It isn’t just that, however. As they went through the NHL playoffs in 2008, fans of opposing teams cried foul that the Penguins were whiners and cheap shot artists, bellyaching after every hit while retaliating with dirty hockey of their own. It is this air of hypocrisy that has spread among hockey fans everywhere, making the upstart Penguins the preferred target of their wrath in the modern-day NHL. 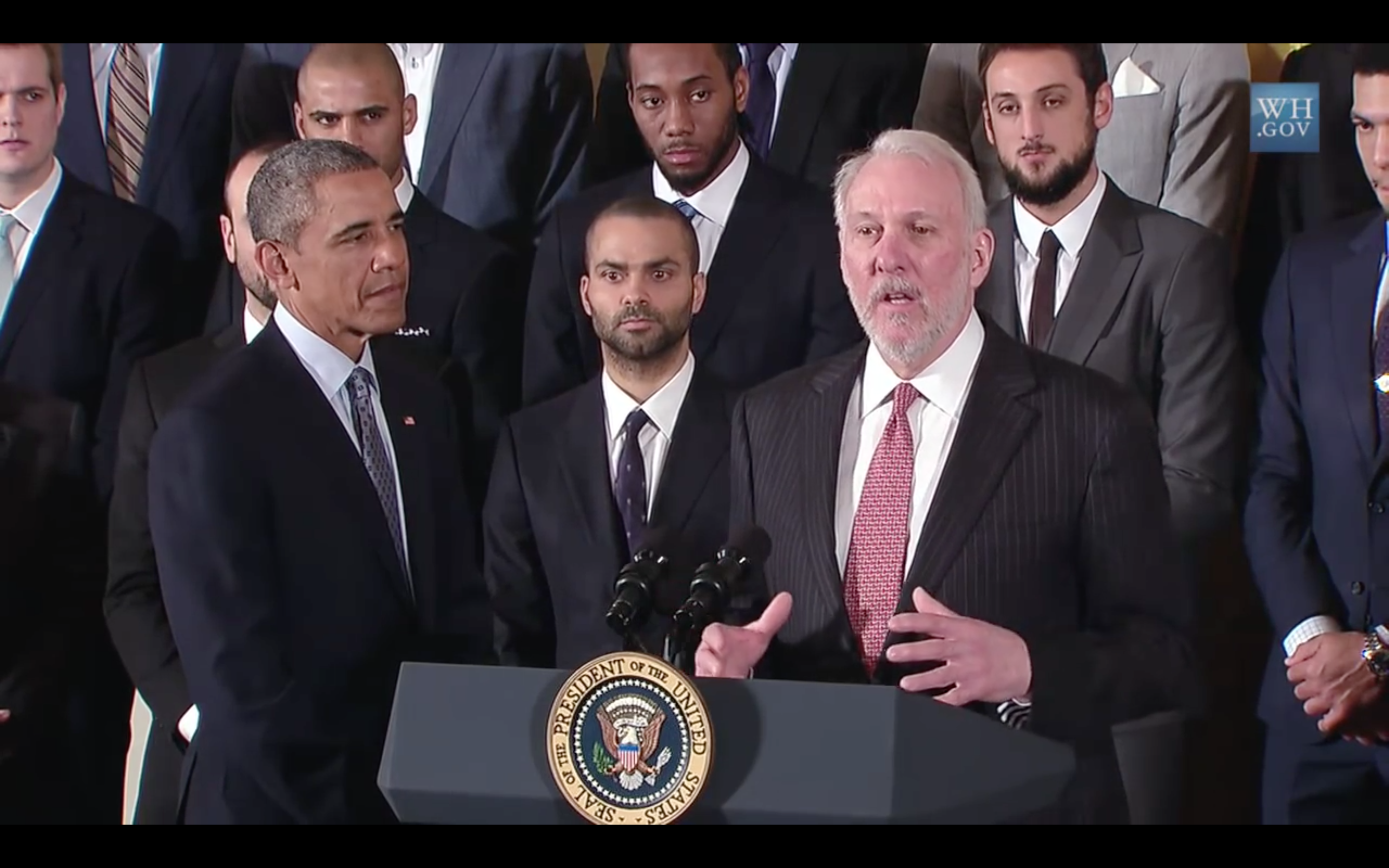 You may be asking yourself, “How in the world could anyone hate a team like the Spurs – a team that is fundamentally sound and has some of the best character guys in pro basketball today?” Well, the primary reason is quite simple. The Spurs are a boring team. They play dull basketball. They don’t have any in-your-face playmakers, no highlight-reel guys. Worse yet, they keep winning. Since Coach Gregg Popovich took over the team in 1996, the Spurs have made 10 playoff appearances and won four NBA titles. So that means basketball fans have been subjected to seeing them play their snore-inducing, fundamentally sound brand of basketball over and over again. That kind of suffering breeds a lot of contempt. Add to that the accusations of dirty play, most notably by Bruce Bowen, and you have a team that a lot of basketball fans love to see on the losing end. 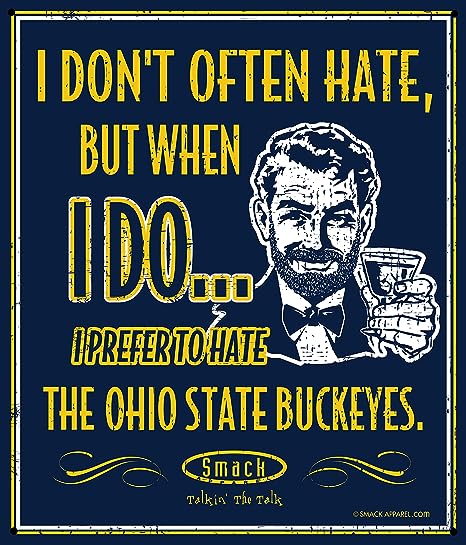 For a great deal of college football fans, the Ohio State Buckeyes signify everything that is wrong with the BCS. According to critics, they play a weak conference schedule and a weaker non-conference one, scheduling such patsies as Youngstown State and Kent State during the 2007 and 2008 seasons. Worse yet, year in and year out the pollsters seem to have the Buckeyes overrated entering the season, allowing them to essentially waltz into the national title game. In fact, Ohio State made back to back trips to the BCS Championship following the 2006 and 2007 seasons, and each time they were embarrassed by a vastly superior team from a vastly superior conference, losing to a pair of SEC squads in Florida and LSU. An overrated team from an overrated conference that uses a weak schedule and flaws in the BCS system itself to sneak their way into the national title picture, while more deserving squads play real competition and risk losing key match-ups… that’s how a lot of college football fans perceive the Ohio State Buckeyes, and that’s what makes fans love to hate them.

They take their football very seriously in Tuscaloosa. Too seriously for the tastes of many fans, who love nothing more than to see the endless boastings of Crimson Tide fans halted following an Alabama loss. Yes, we get it. You’ve won a bunch of national titles. Bear Bryant was an awesome coach, one of the best ever. But those days are in the past. Mighty Bama hasn’t won an NCAA championship since 1992, but their fans are constantly calling into radio shows and hitting message boards pounding their chests and declaring, “This is the year!” What do you expect, though? After all, this is a fan base so rabid that some of them allegedly once threw a brick through former coach Bill Curry’s window.

While the Spurs have, in recent years, become a popular team to dislike in the NBA, the Lakers have tread that ground for decades now and show little signs of relinquishing their status as a team fans love to hate. Since the days of Wilt Chamberlain, Elgin Baylor and Jerry West, the team that originated in Minneapolis has enjoyed a great deal of on the court success, but it is the flash and dazzle of the “Showtime” era Lakers where haters emerged. With Coach Pat Riley at the helm and stars like Magic Johnson, Kareem Abdul-Jabbar and James Worthy leading the way, L.A. claimed five titles in the 1980s. But it wasn’t their victories that drove basketball fans nuts. It was Pat Riley and his slicked back hair, Kareem and his skyhook, Kurt Rambis and his crazy dives across the court, and the coining of that dreaded term “Three-Peat” that continues to resound like nails on a chalkboard to old-school hoopheads. Yet newer fans have found plenty of reasons to dislike the Lakers as well, in particular Kobe Bryant, his allegedly selfish on-court play, his soap-opera like feuds with Shaquille O’Neal and the ensuing tell-all book by former/current Lakers coach Phil Jackson, etcetera, etcetera, etcetera. And don’t even get us started on Jack Nicholson and all the celebs who are constantly found at courtside, as if the Staples Center and the Great Western Forum before it were the center of their own personal press tours… 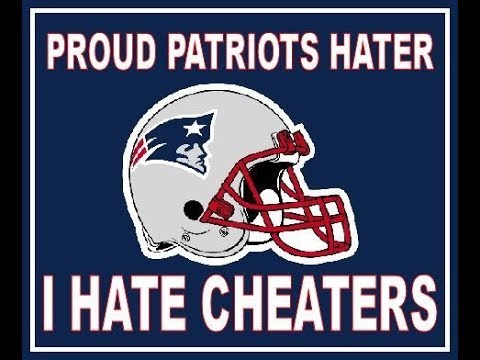 The Patriots are undoubtedly the fastest rising team among those that sports fans love to hate. Under head coach Bill Belichick, the Patriots have won six AFC East titles and three Super Bowl championships since 2001. It was the 2008 season, however, with the Spygate incident and the team’s quest for a perfect season that truly started to polarize fans and draw Patriots haters out of the woodwork. On top of being cocky cheaters in the eyes of many, they also have a sour, secretive coach in Belichick that gives arguably the most boring press conference in the history of professional sports, an arrogant pretty-boy quarterback in Tom Brady and one of the dirtiest players in the game in Rodney Harrison. No doubt then that there are a lot of people who cheer every time they see New England losing on the scoreboard.

They have one of the most outspoken and obnoxious owners in the league in Jerry Jones. They have Terrell Owens, a headline-grabbing wide receiver who may well be the most talented player at his position in the game, and isn’t shy about letting anyone who will listen know his opinion of his ability. They have an upstart young quarterback who, despite having a penchant for choking during the big games, somehow is managing to date a beautiful pop diva, who in her own right seems to make a lot of news on the sports page and tends to annoy people to no end. They’ve have a history of players such as Michael Irvin and Erik Williams, who have had a series of off the field problems. Worse than all that, however, they have the audacity to call themselves “America’s Team” as though people all over the country pull for them to win on Sunday when, quite often, nothing could be further from the truth. Odds are, if a person doesn’t absolutely love the Dallas Cowboys (and for whatever reason, there are many who do), they number themselves among those who love to hate this team. 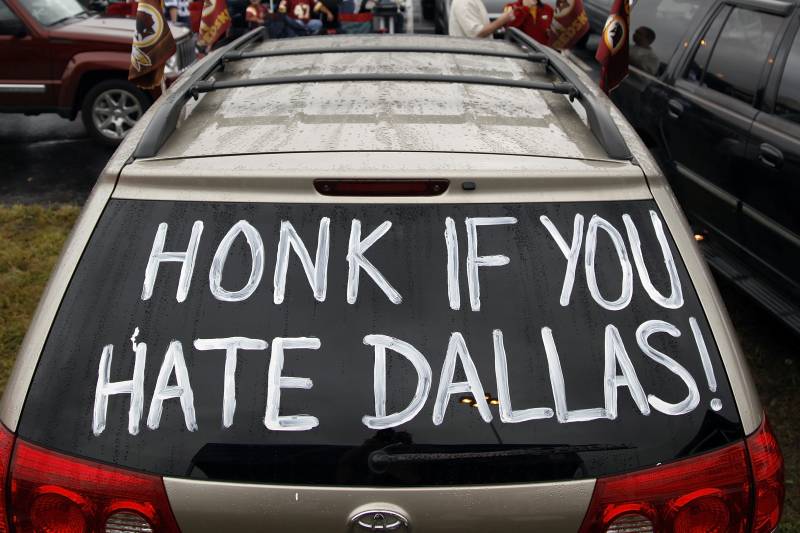 Topping the list is one of the most successful college football programs of all time, the Notre Dame Fighting Irish. Notre Dame has won more consensus national championships and produced more All-Americans than any other program in NCAA history, but it is not for their past successes that they tend to draw the ire of a large number of fans. It is because of their independent status and the benefits it has lead the program to reap over the years. Notre Dame has a lucrative television deal, currently with NBC, and because they have no conference affiliation in football, they do not need to share the profits. In addition, they choose their own schedule from top to bottom. They are more likely to be invited to quality bowl games, even with a poor record, because their fans travel well. The Irish have even managed to be granted special treatment when it comes to the BCS, receiving an automatic berth to a BCS bowl in they finish in the Top 8 of the rankings. Furthermore, as the predominant Catholic institution (and one of only two who play in the Football Bowl Subdivision), their conduct is constantly under scrutiny, and when current head coach Charlie Weis was recently quoted as saying “(Bleep) Michigan”, well, it certainly does smack of hypocrisy.

Of course, the Patriots are new to this whole “love to hate” thing. The New York Yankees, on the other hand, are old pros. If it is indeed true that success breeds contempt, than that certainly helps to explain, at least in part, why people love seeing the Yankees struggle. New York has won 26 World Series titles and 39 American League Pennants over the course of the franchise’s life, and many of the game’s greatest players, including Babe Ruth, Joe DiMaggio, Mickey Mantle and Lou Gehrig, have helped to strengthen the club’s legacy. However, Yankee bashers are quick to point out that it’s not simple envy that makes them hate the Yankees. There are a lot of factors, obviously, but if you had to ask most bashers what first made them dislike this team, odds are that their answer would be George Steinbrenner. Steinbrenner changed managers 20 times in his first 23 years as the Yankees owner. He clashed with the likes of Billy Martin and Reggie Jackson during the Bronx Zoo era. He was even accused of making illegal campaign contributions to Richard Nixon, and was once banned from baseball for hiring a gamble to dig up dirt on Dave Winfield. George himself is not the sole reason why so many people have a strong dislike for the Yankees, but his tactics sure didn’t win over any skeptics.