The Freemasons. The Illuminati. These are secretive organizations that many people suspect have extreme, nefarious influence on society around the world. But they seem like small fries compared to the Bilderberg Group, an annual gathering of many of the wealthiest and most powerful people in the world to make plans regarding global issues. It’s as if the group was created with the specific attempt of drawing the suspicions of conspiracy theorists.

So who is this shifting group? What has officially been attributed to — or blamed on — them? Are they even something to worry about? We’ll see if we can find any answers from the available data.

Just about every source on the Bilderberg Meetings says they began at the Hotel de Bilderberg in Oosterbeek, Netherlands in 1954. Truth was that planning and organizing began in 1952, to some degree as a response to Greece and Turkey joining the North Atlantic Treaty Organization and making it clear to many of the elites of Europe that the fight against communism in the USSR and China needed a more coordinated effort. As such, reportedly the first meeting was primarily centered on how to handle Germany’s entry into NATO, which was such a fraught issue that it dragged on into the 1955 meeting.

From the beginning the conceit of the meetings was that there would be roughly 130 participants, and that roughly two thirds of them would be Europeans while the rest were North American. Usually only roughly one third of the participants are politicians with the rest being business figures, members of academia, media personalities, etc. Presumably they had little idea how much paranoia their first meeting would generate over the years. To many, one of the more sinister figures who has often attended Bilderberg Group meetings is this former US Secretary of State. He is known to have gone to meetings in the ’90s and every meeting from 2016 to 2019. Considering Kissinger’s support for human rights-violating military dictatorships in South America, such as Argentina’s Jorge Videla or Chile’s Pinochet, and his pushes to bomb civilians in Vietnam and Cambodia, it’s understandable many would not want him in a position of such influence.

Kissinger himself did very little to lessen the fears his involvement generated. For example, during the 1992 meeting he reportedly said, “Today, Americans would be outraged if UN troops entered Los Angeles to restore order; tomorrow, they will be grateful.” Given the notorious distrust many Americans have to the UN in general, to say nothing of pretty much every nation’s resistance to regime change, and this seems like it was as deeply out of touch then as it is now.

In relatively recent years, meetings by the Bilderberg Group have drawn angry people holding signs that say such things as “Stop New World Order” or “Smash the Empire.” Crowds for these protests have been known to get as large as hundreds of people. It’s meant there have been some counterintuitive groups protesting together. For example in 2012 both the far right Tea Party movement and the far left Occupy Wall Street movement were standing with 9/11 truthers. To date there haven’t been any reported instances of the protestors turning to violence, and armed protestors seem to be rare enough that in the aforementioned 2012 protest only one was known to have brought a gun.

By far the highest profile protestors of Bilderberg Meetings are Alex Jones and Jesse Ventura. Jones traveled after Bilderberg meetings including to Hertfordshire, UK in 2013. Jesse Ventura began in 2009 with an episode of the TruTV program Conspiracy Theory wherein he alleged that the group was proposing plans to thin out the population through a combination of “diseases and vaccine” while attempting to infiltrate the meeting. Considering that Conspiracy Theory ran for two more seasons after that episode, we can at least take comfort in knowing they don’t have the power of silencing just anyone they want. Attacks against the Bilderberg Group were given a real shot in the arm in 2016 when it was accused of pushing the Remain movement during the Brexit Referendum. As early as March 14, three months before the momentus referendum vote, Conservative MP Phillip Hollobone stood before the House of Commons and claimed that the Bilderberg leaders would be “ganging up against the British people.” Members of the rightwing party UKIP had been publically accusing Bilderberg of supporting pro-EU parties in Britain of this since 2013. It was given roughly the same amount of attention and criticism as President Barack Obama’s official visit.

The claim was given a bit of credibility by the fact the Bilderberg website did claim that Brexit would be an agenda item for that year’s meeting. On the other hand, the meeting wasn’t until June 8, only a fortnight before the referendum vote, and that the attendees were explicitly “not bound by the conventions of their office or pre-agreed positions.” It’s hard to imagine what they could have done to sway the referendum vote the other way even if they’d decided they had to. On paper, the Bilderberg organizers seem remarkably open about admitting who their attendees are. It was well known that Bill Clinton went to a meeting in 1991 when he was still governor of Arkansas, perfectly timed to reinforce the idea when he was elected president in 1992 that Bilderberg was a collection of kingmakers. That was only further reinforced when then-obscure MP, but later prime minister, Tony Blair attended in 1993. Still, when a meeting is so informal, it means a lot can happen simultaneously above and below board.

For the May 13, 2019 meeting, it drew a lot of attention that both Jared Kushner and Secretary of State Mike Pompeo were going to attend. Reportedly, Pompeo was attending primarily to try and sell the other attendees on supporting the US pressure campaign on Iran. It turned out that Pompeo wasn’t actually invited to attend the event, though Kushner had been. While future trade deals would indicate that Pompeo was unsuccessful (some sources claim that he wasn’t even allowed in) it raises the distinct possibility that there were unannounced, maybe even not officially invited attendees. 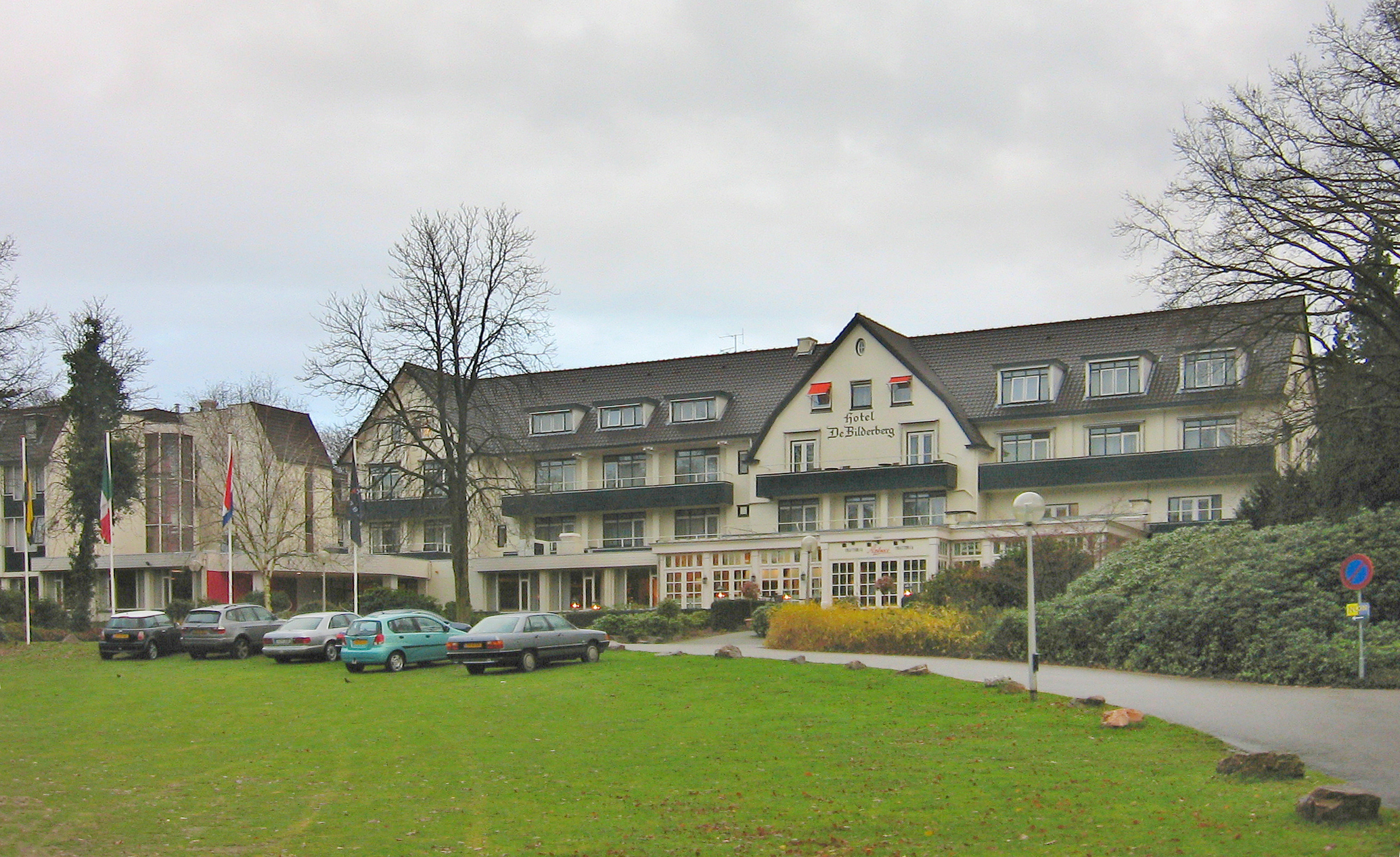 One claim often put forward by the Bilderberg group is that to keep the meeting more informal, there aren’t official minutes taken. Presumably the wealthy and powerful will be more willing to say what’s really on their minds if there’s not going to be a written record. But as came out in 2010, if that claim that there are no minutes taken is true, it didn’t used to be the case.

In October of that year, Wikileaks released the supposedly non-existent minutes of the meetings from 1955 to 1958, the 1960 meeting, the 1963 one, and finally the meeting from 1973. Beyond that, the 2013 book edited by Roosevelt Institute Senior Researcher Giles Scott-Smith and Valerie Aubourg Atlantic, Euratlantic, or Europe-America included citations of the 1966 steering committee minutes. While none of the published minutes named any names or contained shocking revelations that confirmed any conspiracy theories, they strongly indicated that Bilderberg meetings were more thoroughly documented than the public was led to believe.

As expected of an international organization of privately meeting powerful people, some of the protestors have accused Bilderberg of having the aim of establishing a One World Government. Many End Times Christians do not want that because the 17th chapter of the New Testament book Revelation supposedly says such a government will be a sign of the apocalypse. If there are any members or organizers of Bilderberg meetings that want to dispel that reputation, then in 2001 during an interview with the Guardian Labour MP and former defense secretary Lord Dennis Healey cheerfully said just about the worst thing possible.

While dishing on the various attendees from old meetings (such as claiming that Bill Clinton in 1991 was only there to gladhand and that no one thought he would be the next president) Healey said “to say we were striving for a one-world government is exaggerated, but not wholly unfair.” He went on to talk about all the wars, poverty, etc. that international conflict generated. But there was no contesting that he provided a near perfect pull quote for any conspiracy theorist who wants to paint the meetings as having a devious globalist agenda.

3. Connection to the Third Reich In addition to the One World Government accusations, anti-Bilderberg people can point to the fact that one of the founders, Prince Bernhard of the Netherlands, joined the Nazi Party in 1933. In fact he joined the infamous SS in 1934. Bernhard claimed that he only did this to avoid some university tests, and that when he met Adolf Hitler in person, it was to renounce his German citizenship. Supposedly when Bernhard was married in 1937, Hitler cattily was the only head of state in Europe that didn’t send him a wedding present.

To Bernhard’s credit, by the time World War II started, he abandoned his Nazi connections about as firmly as he could. In 1940 he led Dutch troops against the Wehrmacht, and when the Netherlands fell, he escaped with some of his troops to the UK. In 1942 he became a pilot with the Royal Air Force. His most notable missions included organizing food drops for starving Dutch citizens in what became known as Operation Manna (which would actually continue after the end of WWII as part of the Marshall plan to rebuild Western Europe) and bombing V-1 launching sites. By 1944, he was leading all Dutch troops in the liberation of the Netherlands. He had the satisfaction of being present for the Third Reich’s surrender. So to say that there’s a strong Nazi connection to the Bilderberg group is misleading. For all the protests and attempts at infiltration, there’s only been one year when the Bilderberg Meeting was canceled. That year was 1976. To understand it, we have another entry devoted to Prince Bernhard. Since the end of World War II he had such credits as helping to start the World Wildlife Fund in 1961, but by 1976 he was accused of making bad life choices again.

In February 1976, arms contractor Lockheed Aircraft Corporation (which later merged into Lockheed Martin) admitted that it had bribed Bernhard $1.1 million to accept F-104 G Starfighter jets into the Dutch Air Force. Bernhard would never be officially cleared of the bribe charge, and where exactly the money went would never be determined. But since 1976 was in the wake of America’s disaffecting Vietnam conflict, the antiwar sentiment was strong enough in the country that none of the invited Americans were willing to attend the scandal-ridden monarch’s meeting. By modern standards, it feels like a fairly quaint scandal to cancel a momentus meeting of captains of industry and monarchs.

As Lord Denis Healey claimed while spilling the beans on the meetings, for the host country, Bilderberg isn’t so much an honor as a headache. Even if those crowds of protestors haven’t yet turned violent, just the cost of law enforcement to protect around 130 figures with worldwide influence is so costly that in 2013 the UK taxpayers had to shell out £1.3 million for a meeting near Waterford. That’s to say nothing of the cost of renting out five star hotels for four days meetings.

On the bright side, the event is almost always corporate sponsored. Sponsors offered to compensate the UK taxpayers £500K of that 2013 bill. Also while there are no attendance fees, every invitee is expected to cover their own travel and room costs. It could be argued that it’s not reassuring to know that corporate sponsors are buying access to the rich and powerful (to such an extent that former Google CEO Eric Schmidt attended a meeting in 2019). It’s also not reassuring how insistent Bilderberg is that the meetings aren’t influential.

Dustin Koski has never been to a Bilderberg meeting, but if enough of you buy a copy of his fantasy book A Tale of Magic Gone Wrong, maybe one day he will be.