It might surprise you to know how much female spies and double agents have affected history. How quiet actions and secretive circumstances held the difference between winning or losing a battle, or much larger stakes.

Some of these spies and double agents are actually famous for other things. That turned out to be quite helpful, because no one would suspect them as a spy. Others led the lives of wealthy housewives or working women; there too it would come as a huge surprise to most that this lady was actually a spy or double agent most of the time.

Here are 10 of the women who helped to shape history, even if your high school history book neglected to mention them… One of the things Maria has been credited with is encouraging the increased recruitment of women spies during wartime. Maria was also known as Christine Granville, and was a British Special Operations Executive.

At the start of World War II, the Skarbeks came to London, where she attempted to become a spy. The British were at first not interested in her help. But when journalist Frederick Augustus Voigt vouched for her and connected her with the Secret Intelligence Service, her spy career truly began.

During one mission in Nazi-occupied Poland in 1940, a woman who once knew Skarbek gave her a friendly greeting. Skarbek denied who she was. The woman exclaimed that she “looked just like Krystyna Skarbeck.” This moment underlines what tremendous risks she was willing to take to help the British in returning to her occupied homeland for spy missions, as she could be identified for who she truly was at any time. An extraordinarily beautiful woman, Mata Hari originally was a dancer and the mistress to prominent men. In the middle of World War I, Georges Ladoux, an army captain, asked her to spy to help France. She agreed.

Mata Hari‘s existence as a spy turned out to be quite complicated, as she then was accused of spying in turn for the Germans. A firing squad executed her on October 15, 1917, once France discovered there was serious concern that she was a double agent. Rose Greenhow started her early adulthood and married life as a well-known socialite in Washington, D.C.. As such, she became friends with many who worked in politics, including senators and people who worked in the U.S. military. She became a Confederate spy during the American Civil War, using her social position to gather information to send along to the Confederacy when the war first began.

She reported to Thomas Jordan, a captain in the Confederate Army. In 1861, she was put in charge of a pro-Confederate spy network located in the D.C. area. Jefferson Davis, the Confederate president, gave her full credit for aiding the South’s success with the First Battle of Bull Run in July 1861.

But her career as a spy was quite short-lived. Rose was discovered by the government just a year later and then put under house arrest. In 1862, there was an espionage hearing for her and her daughter, who also participated in spy activities. The two were put in prison for five months. At first glance, Kathleen Lynn did not seem anything like a woman who would become a spy — which was just perfect for the profession. She came from a privileged background, became a doctor, and was the daughter of a minister. During her college years, she developed a passion for the suffragette movement.

She became a member of the executive committee of the Irish Women’s Suffragette and Local Government Association. Lynn also was a member of a radical organization known as the British Women’s Social and Political Union.

She was bold and outspoken, and became a Red Cross doctor. Lynn was active in the Nationalist movement and at one point was imprisoned for her actions. She worked hard for social reform and health care, often taking a bold approach when feeling it was time for a change.

In 2010, Anna Chapman was deported from the U.S.A. back to Russia for her spying on America. She is known as a Russia intelligence agent, a media personality, and a model. Chapman is beautiful, and many have remarked about her flaming red hair as one of her charming attributes to attract men.

She obtained British citizenship through marriage, and then was able to enter the U.S. Chapman grew up in Russia in the southwest Ramenki District, which is considered an elite area especially known for KGB officials, diplomats, and army officers.

In New York City, she was selling real estate in the Wall Street area. She was arrested in New York and then sold her full story to The Daily Telegraph, and pled guilty to conspiracy to act as an agent of a foreign government without notifying the U.S. Attorney General. Harriet Tubman is admired for many things, but few knew until recently that she also was a successful spy for the Union Army during the Civil War.

Tubman helped people find the Underground Railroad so they could escape slavery. Through this experience, she learned to think quickly, meet people in secret, and to manage complicated logistics, all while under extreme pressure. This prepared her to be a terrific spy.

In 1862 Tubman began to prepare and work as a Union spy. The next year, when the Union carried black troops on the Combahee River into the South, they were able to arrive unharmed because they knew exactly where all of the mines were thanks to Tubman’s spying.

Tubman also helped slaves obtain freedom by boarding Union boats which would take them North. This was an amazing endeavor for multiple reasons, because then hundreds of people could be freed at a single time. Some of them would then enlist in the Union army. 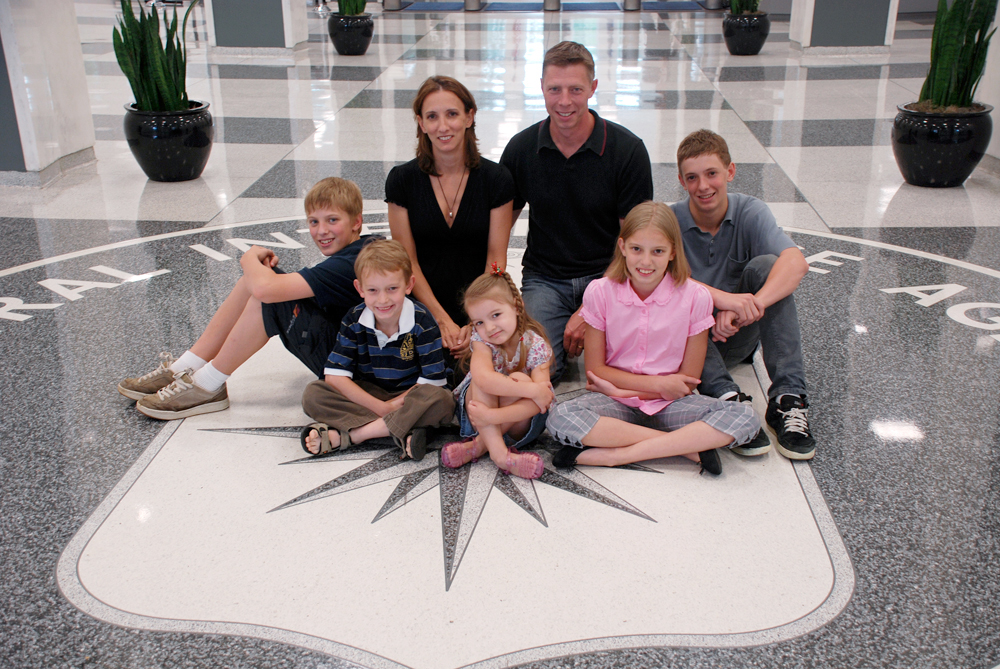 Gina Bennett is the author of a book National Security Mom. You may not have heard of her, but she is an important figure who has had a tremendous effect on recent history. Bennett worked for the CIA and helped to find Osama bin Laden.

She began as a clerk typist with the State Department when she graduated from Virginia University in 1993, and worked in the Bureau of Intelligence and Research. She eventually became a Senior Counterterrorism Analyst.

She was a new mother during some of the most pivotal moments in recent world history, such as giving birth to her first child the day before the first attack on the World Trade Center in New York City. Bennett learned how to later track Al Qaeda from 9 a.m. to 5 p.m. during the day, and then raise a teenager years later. Josephine Baker was one of the best-known singers of her time, but there was quite a bit more to her than just that first glance. Baker was also a World War II spy.

During the start of World War II, Baker was in Nazi-occupied France. She had great compassion for France and often would help people at the local homeless shelter. She quickly became a spy for the French Resistance.

Because she traveled internationally and led a glamourous life, she was the last person anyone would suspect. Baker also was typically invited to embassy parties wherever she went, and it was easy to gather information there about the Germans. Jacques Abtey acted as Baker’s assistant, but truly was also a secret agent as well. Abtey would record anything the two discovered in invisible ink on Baker’s sheet music. Baker would pin critical photos to the inside of her underwear to protect them from being detected by the enemy.

No one ever discovered that Baker was a spy; they simply thought she was a glamorous singer. By 1862, she was quite well-known by many in the Confederate Army and was considered to be their “Rebel Joan of Arc.” Belle would spend time in the Union Army camps to obtain information. She was in very good position for this, as Belle lived in Virginia, which was the location of the Union Army’s headquarters. That gave her ample access to information.

Belle was considered beautiful and quite a flirt. She was arrested for spying about seven times but never sent to prison. Finally, she escaped to Canada and then left for England, where she remarried and wrote her memoirs.

Pearl Cornioley joined the British Special Operations as an Executive in 1943 to help with World War II efforts as a spy. She was greatly praised during training, considered the “best shot” they had ever seen.

Pearl understood personally how perilous the situation with German occupation was. She and her mother and three sisters had escaped from occupied France just three years earlier. In 1943, she was given the code name “Marie” and then dropped back into occupied France via parachute. Her working cover was as a cosmetics salesperson.

Pearl became such a successful spy that the Nazis put a million Francs prize on whoever could kill her. She was the leader of the SOE Wrestler Network, which had 1,500 members fighting the Germans. The Germans never were able to reward that huge bounty to anyone — instead Pearl was able to be in charge of the surrender of 18,000 German troops during the war. She was a formidable woman, clearly not just selling lipstick and makeup.