The United States is great for a lot of reasons, and most people who live there are proud to call themselves Americans. Even if you are the most patriotic person on the planet, you have to admit that it has plenty of eccentricities that are unlike anywhere else in the world. So we’re here to bring you 10 outrageous news headlines that could only happen in America…

There is perhaps nothing more American than McDonald’s. Even though it’s common knowledge that it’s far from being the healthiest place to eat, plenty of parents take their children to McDonald’s to get their Happy Meals. In April 2019, one 5-year old boy from Michigan named Iziah Hall had a huge craving for the Golden Arches.

He was staying with his grandmother, who was asleep at the time. Impatient and hungry for his Happy Meal, little Iziah picked up the phone and dialed the number he was taught to call in case of an emergency: 911. He asked the dispatcher, “Can you bring me McDonald’s?”

When you call 911, the police are required to stop by the property just in case. The officer on duty, Dan Patterson, thought this was hilarious, so he actually did swing by McDonald’s to buy Iziah a Happy Meal. Once he arrived, the boy happily took the burger, and said, “My grandma is gonna be mad. Can you please go away?”

America is the home of the world’s first shopping mall, which opened in Minnesota in 1956. Since then, they became incredibly popular across the country, and really only began to die out after the 2008 recession. Nowadays, malls aren’t as exciting and glamorous as they used to be. Working as a security guard isn’t the most riveting job anymore, either.

This is why a company called Knightscope invented robot cops that will patrol an area and record with a camera, which eliminates the need for a security officer to patrol or Segway down long hallways and sidewalks all day long.

However, if these robots had a consciousness, they just may contemplate the sad purpose of their existence. In July 2017, a security robot named Steve was patrolling an office complex called Washington Harbor when it decided to throw itself into the fountain and just end it all. The media joked that Steve was in “critical condition,” but he was taken away by Knightscope.

8. Man and  Child Taken to Hospital After A Brawl Breaks Out at Chuck E. Cheese’s 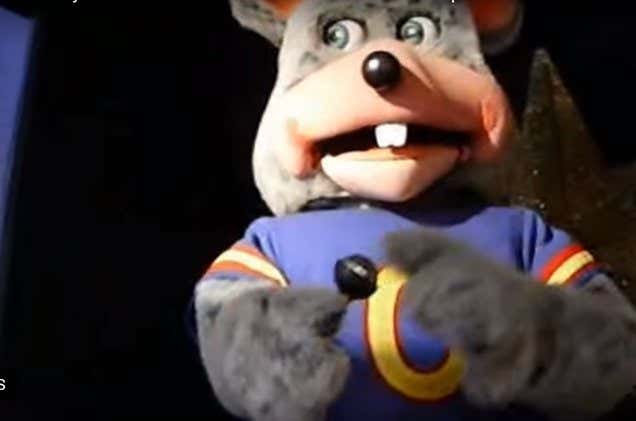 Chuck E. Cheese’s is the family pizza restaurant and arcade “where a kid can be a kid.” Normally, parents endure a couple hours of eating terrible food and letting their children to finish playing video games before heading home. It may not be the most enjoyable thing for adults, but normally, it’s not enough to make them rage.

In April 2019, patrons of the Chuck E. Cheese’s in Sharonville, Ohio would get the shock of their lives when a brawl broke out between a group of 10 adults. Several people called 911 (but none ordered McDonald’s, we assume), describing a scene where people were bleeding and falling unconscious. One child that was too close to the fight was injured and had to be taken to the hospital, as well as as man who suffered facial injuries.

So… what made the fight start in the first place? No one knows, except for the people who were involved in the brawl. The local news showed up to interview witnesses, but everyone wanted to leave and take their children home as quickly as possible without talking to the media.

7. Woman Steals Electric Scooter From Walmart And Drives it Down the Highway Every Walmart in the United States provides their customers with the opportunity to use an electric scooter. These are reserved for people with physical disabilities. Sometimes, people who are walking on crutches can get a break. Other times, people who are too morbidly obese to walk will use them to slowly ride around the store. Anyone who has witnessed this scooters knows that they only max out at roughly 4 MPH, but that didn’t stop one Tennessee woman named Sally Selby from using it as a getaway vehicle.

This just may be the slowest police chase in history. Police pulled Selby over on the highway, and she told them that she was just going to the local Waffle House for a cup of coffee. She may not have considered that eventually, the battery powered chair would run out of juice. Selby was arrested for theft, and it took the cops a while figuring out how they were going to get the scooter back to Walmart.

6. Daycare Workers Encourage Toddlers to Have a Fight Club The first rule of fight club is that you don’t talk about fight club. Well, unless it’s done by children who are underage. Unfortunately, there have been multiple cases of daycare workers who have encouraged toddlers to start their own fight clubs to get out their aggression in the past few years. One of the most recent cases was in 2016, at a daycare center in St. Louis, Missouri.

One of the young boys, who appeared to be 4 to 5 years old, was wearing green Hulk gloves and pummeling the face of another child who was pinned to the floor. A third boy tried to defend his friend by pulling the bully off. The employees did nothing to break up the fight, except record it all on video to post on social media. It shouldn’t come as a surprise to anyone that those employees were fired, and the mother of the victim is suing the daycare center. The US is famous for its Wild West. Recently, there has been a new ring of heists that shocked police departments in Texas and Oklahoma. In May 2019, thieves hit a dealership in Louisiana and stole over $120,000 worth of tires in a single night.

The thieves arrive in the middle of the night, rig up cars, and remove the tires before rolling them into a U-Haul truck. Considering that tires do not have serial numbers or anything that would link them back to being stolen, these thieves are clearly selling them to someone who is willing to give them at least a fraction of their value. The men who stole the tires were captured on the security cameras, but the footage was not clear enough to help identify them. And since they were renting a U-Haul, their getaway vehicle also looks identical to thousands of other moving trucks across the United States.

4. Man Robs The Same Walmart 3 Times In One Night 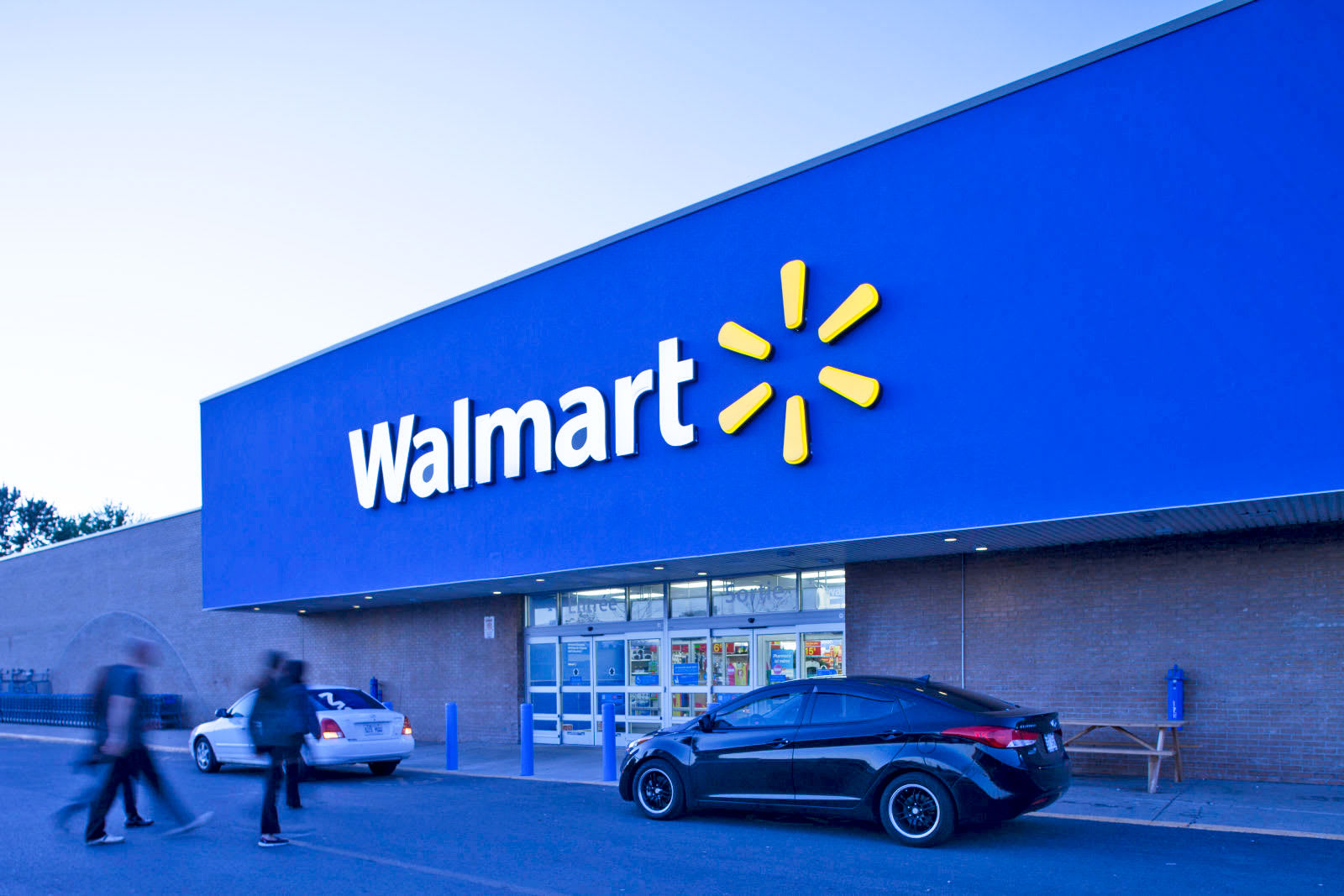 For kleptomaniacs out there, stealing from Walmart doesn’t seem to bother them at all. After all, they are one of the wealthiest corporations in the world, and most thieves figure that they aren’t really hurting anyone by stealing from them. In May 2019, a 34-year-old man named Matthew Brown stole from the Walmart in Alpena, Michigan three times in one night.

Brown showed up at the store at 1:30 a.m., filled up a shopping cart with flat screen TVs and other electronics, and waltzed right out the front door to put the items into his car. After not getting caught the first time, Brown brought the items back to his home, only to return to the store and repeat the process 20 minutes later. He was only caught after his third time walking out the front door. He managed to steal a total of $6,000 in merchandise over the course of about an hour. The security guards finally caught him and called the police.

3. The Vermin Supreme Runs For President

Now, this headline could apply to any number of politicians, but today we’re talking about a strange and unique man who’s been making headlines for years. A man legally changed his name to “Vermin Love Supreme” in 1990, and decided to run for President at New Hampshire’s Presidential Forum during every election, while wearing a large rubber boot on his head. Since 2008, he began to promise that every US citizen should be entitled to own a pony. We can’t argue with that.

In 2011, he was asked if he still stood by this promise. He said, “Free ponies for all Americans. One of the overlooked issues in America today. My free pony platform is, of course, is a job creation platform. It will create loads of jobs once we switch to a pony-based economy.” He also advised that in order to fix the energy crisis, Americans should “harness the awesome power of zombies as energy sources.” After his closing statement, he sprinkled glitter all over one of his competitors, who did not look the least bit amused.

Gun control has become a very sensitive topic in the United States, because citizens have very polarizing opinions. However, even NRA members will probably agree that there is a fine line between enjoying their right to bear arms and total obsession.

In 2015, the sheriff of Pageland, South Carolina entered the home of a man named Brent Nicholson and stumbled upon a collection of 10,000 guns. Every single one of them had been stolen and amassed in his house over the years. Nicholson also had hundreds of chainsaws, and 350 taxidermy animals mounted on his walls.

The police department in Pageland began a very long and tedious process of trying to identify the original owners by the serial numbers on each and every one of the guns, in order to link Nicholson to home break-ins. According to the Sheriff, “There’s no evidence that he was selling them — he just wanted them. His house looked like that Hoarders program on TV.”

Just about everyone knows that Americans are suffering from a massive obesity epidemic. However, you may not know that there are millions of dogs and cats that have the same issue, as well. There is even a group called the Association for Pet Obesity Prevention, who claim that over 50% of all dogs and cats in the United States are overweight.

In 2013, a 13-year-old cat named Holly from Virginia became famous in the news because she was so obese that she could hardly walk. The only way to keep her physically fit was for her owner to take her into a swimming pool with a kitty-sized life jacket. Holly lost one pound after six months of exercise, which is probably a sign that she was still being overfed. According to her owner, Dani Lawhorne, she blamed the weight on her cat’s laziness, saying that she didn’t enjoy playing with toys or going outside “like normal cats.” Unfortunately, though, we’ve never gotten an update on Holly’s inspiring weight loss journey.