This top 10 list is from a Top Tenz reader name Darius. I love getting submissions and I think this one is particularly entertaining. And while these rivalries may not be your top 10 they certainly are 10 interesting to read about. Thanks for the submission, Darius. I look forward to the discussions this may create.

In reality this is not even a rivalry being as virtually the whole world uses a PC. It’s like saying Oscar de la Hoya vs. Mike Tyson, yeah Oscar maybe prettier, more technically adept and have his fans but we all know Tyson would kill him. Plus the fact that Mac users are all geeks who think they are really cool and wear trainers/sneakers in bright colours to show how ‘original’ they are. At least PC geeks have the good grace to shut up and play ‘World of Warcraft’ while locked away in their bedrooms.

PC wins this, merely for the fact that they have a right mouse button. The Mac, being “original’, doesn’t have a right mouse button, meaning that you have to do some weird combination of Alt-Ctrl-two fingers pressed down on the cursor while holding your breath maneuver. (It may interest readers to know that not only am I using a Mac right now, but this is the third Mac that I have owned. I’m also wearing garish trainers and looking for an exciting ‘World of Warcraft’ group to join) 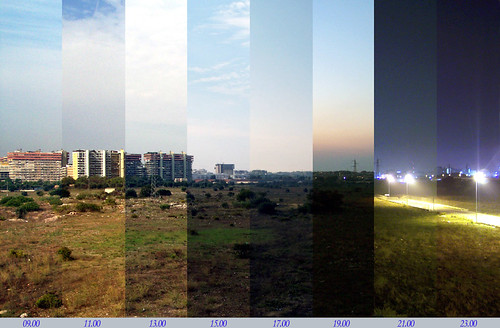 They walk among us. They live among us. They consort with our womenfolk. People who can wake up before 9am with a smile on their faces. They’re not tired, they’re not miserable, they’re actually happy to be awake! Weirdos. Anyone even semi-normal rises from bed with a crushing disappointment that he/she actually has to do stuff, like go to work. Ahh, Night People. My kind of people. They know that they should be asleep by 2am, but they refuse as there is too much pointless TV that needs watching.

Such a great feud, that there were two films about it. In addition to comics, video games and other stuff that sci-fi geeks love. The film’s tag line was “Whoever wins, we lose.” They were right, that film was beyond awful, so, so bad. I’m not sure how they managed to take two great characters and ruin them so bad, it’s like taking salt and vinegar and inexplicably coming up with prawn cocktail. 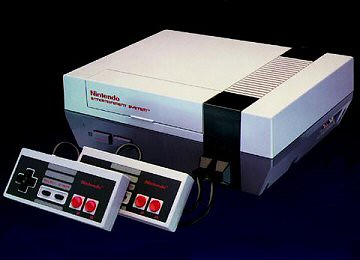 I loved the Master System. The first time I played it, I knew that it was the best console upon which I’d ever laid my young hands. As such, when my friend informed me that his father was going to buy him a Nintendo (about which I then knew nothing), I strongly urged him to get a Master System. There was no doubt in my mind. Master System was King! My friend would live to regret ever listening to me.

Very shortly after I had given him my advice, I played the Nintendo Entertainment System (NES). My fragile little mind was blown away. The NES made the Master System look like an antiquated piece of junk. When I came to school with wondrous tales about World 2, Level 1 on ‘Super Mario Bros.’ (where you could swim underwater!), my friend hated me like never before.
With 69.1 million sales of the NES compared to a pathetic 13 million for Master Systems, it’s clear that I was not the only one who realized Nintendo’s inherent superiority. Shame about my friend though. Hahaha! Gobots! Even the name sounds useless. I’ve been called many things in my life. Many, many hurtful things. However, I have never been more insulted than when I was once told to “shut your face…Leader-1!”. Anyone unfortunate enough to have watched “Gobots’ knows that Leader-1 was the highly original name of the leader of the ‘Guardians’ (the good guys and not a stack of the left of centre British newspapers).

I don’t even have to tell you how good ‘The Transformers’ were (I mean, you should already know). All I have to do is point out how truly rubbish the Gobots were. Receiving a Gobot instead of a Transformer toy for your birthday must have been almost as crushing as receiving a Master System instead of a NES. These idiots couldn’t even get the vehicles right – everyone knows that only evil robots can fly, so why in ‘Gobots’ were the goodies airborne. Useless show, useless name, ‘Transformers’ destroys everything! (Not the live-action movie movie by Michael Bay though, Megatron is a gun.)

A triple-threat match, Extreme Championship Wrestling-style! You’ve heard of VHS, you’ve probably also heard of Betamax, but trailing both of these was Video 2000 a.k.a. the VCC (Video Compact Cassette). The VCC was Phillips/Grundig’s attempt at getting involved in the video wars. To demonstrate how terribly they failed, consider the fact that until 10 seconds ago, you didn’t even know that VCC existed. That’s how people in small non-football playing countries like Bhutan feel. Betamax, which some say was the superior system, famously lost out to VHS. It a shame, cos I like words that have “Max” in their name.

Question, do you go with the hot blond with dazzling smile and possibly low I.Q or do you go with sensual, sun-kissed brunette? Answer: You go with the one with the biggest cachungas. Obviously. This debate has been going on as long as man has been able to debate and it is truly one time when the term ‘there is no right answer’ actually applies. Unless the choice is between an ugly blond and a hot brunette-then choose the brunette hands down, and vice versa.

3) Watch vs. Clock on Mobile Phone

Time was people used to wear watches to actually tell the time and not just to look good, and if you weren’t wearing a watch you went all ‘farmer’ and guessed the time from the position of the sun in the sky. Not any more, everyone carries a mobile phone, which now serves not only as your one-stop communication device but also your watch. And a torch for finding you’re way round in the dark when you come home late at night. Did you know that with every 10% uptake in mobile phone sales has resulted in a 10% downturn in sales for watch manufactures? Incredible!

In addition to alienating friends, band members, and fans, and waiting years to release a great album that he won’t even bother to promote (he’s too cool for that!), Axl Rose’s main pastime is feuding. He loves it! One of his most well known feuds was with Mötley Crüe vocalist Vince Neil. This is how things went down: GNR guitarist Izzy Stradlin tried it on with Vince’s wife backstage at the 1989 MTV music awards. Considering that one of the permanent fixtures of Vince Neil’s life has been messing around with other people’s women, I see nothing at all wrong with this. Vince, however, was somewhat displeased and punched Izzy. Though Axl wasn’t on the scene at the time, and though it didn’t involve him in anyway, he obviously had no choice but to challenge Vince to a fight outside a record store after the show. My own preference would have been to viciously batter Vince without warning while he slept.

Apparently sharing my laziness and poor time keeping habits, Axl couldn’t be bothered to turn up, but he and Vince did continued to call each other out on television (check the video in gallery on the right). Everyone said that Axl would break Vince into a million little pieces. The evidence? Well, has Vince Neil ever caused a Riot in St Louis? I rest my case. 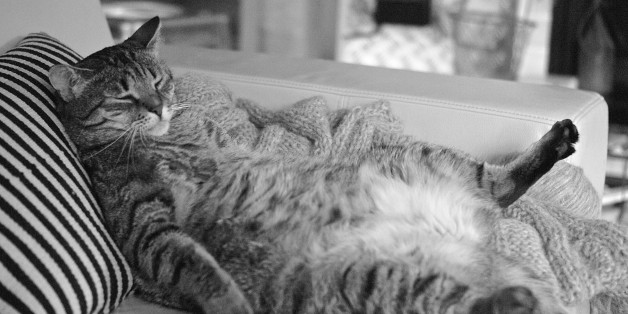 The never-ending battle that is laziness. Sometimes I think laziness is more addictive than nicotine, when faced with opportunity of shoveling snow from a road in arctic conditions or lying on the sofa in a warm house watching TV…laziness always win. (See that, laziness made me miss the ‘S’.) Laziness is a curse; the inability to do any real work before you have read your email, checked Facebook and had a cup of coffee, has surely stifled man from the dawn of time. It’s a real shame being lazy is so fun, because that is why mediocrity is celebrated so much in our society – we could all be big time if we just could get of the sofa for two minutes and do stuff, unfortunately only uber geeks and morning people have found the way to battle laziness.