It used to be that poisoning was the murder method of choice for those cunning villains who wanted to “get away with it.”  However, following advances in forensic science, poisoning no longer allows murderers any anonymity.  Nowadays, the use of poison is so easily detectable it is comparable to the murderer writing a confession.  “And, to think, I could have gotten away with it if it hadn’t been for those pesky CSI investigators.”

When you consider that castor oil is used as a food additive in candy and chocolate, it’s disconcerting to discover that the fruit of that plant, the castor bean contains a supertoxic level of the poison ricin.  As little as one bean, well chewed, could prove fatal.  However, according to figures from the American Association of Poison Control Centres (AAPC) only two Castor Bean fatalities were recorded in the period from 1999 to 2004.

VERDICT: Flava Beans or Castor Beans?  Perhaps it would be best to just go for a meal with Dr Hannibal Lecter. 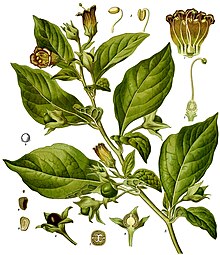 With a name that means beautiful woman, an extract from the belladonna plant was used in Renaissance times as a beauty product.  Applied to the eyes it dilated the pupils and gave women a wide-eyed appearance.  This senseless and dangerous application of the poison often makes contemporary thinkers marvel at the stupidity of our ancestors.  Contemporary poisoning from belladonna usually occurs because some dimwit has discovered that the leaves purportedly have hallucinogenic qualities.  This almost makes the use of belladonna for pupil-dilation seem sensible.

VERDICT: The clue is in the name “deadly nightshade.”  Which part of “deadly” didn’t you understand? 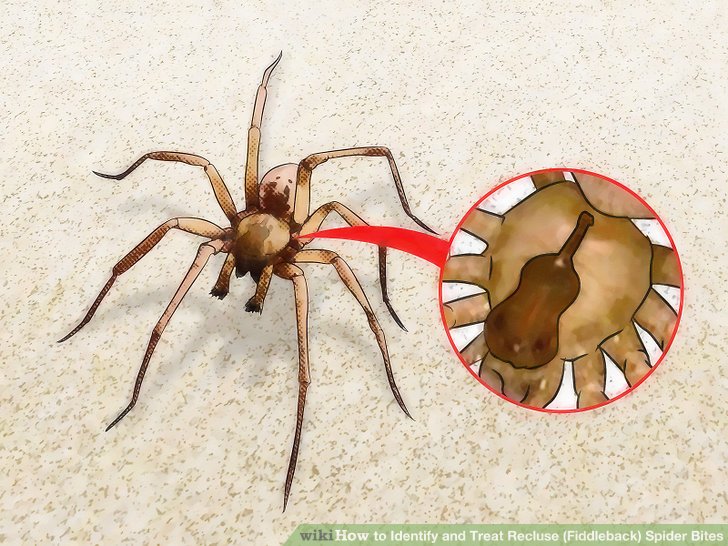 At less than half an inch in length, the Fiddleback or Brown Recluse is one of the most venomous spiders in the world.  Native to twenty-five states (primarily southern and midwestern) the bite of the Fiddleback is usually painless but, after eight hours, the victim will be in agony.  Fatalities are now rare, thanks to advances in medical treatments.  However, with a bite that induces symptoms of vomiting, blisters, delirium and necrosis – this spider is best avoided.

VERDICT: Does anyone want to buy my collection of Spiderman DVDs?  I shan’t be watching them again.

The poisonous part of the pufferfish is the tetraodontoxin found in its ovaries.  This poison is not destroyed by cooking although experts say, if the entrails are removed before cooking, the fish is usually harmless.  Used in the Japanese delicacy fugu, pufferfish can only be cooked and prepared by specially trained and licensed chefs.  Even so, from 1955 through 1975 there were more than 1,500 fatalities caused by eating improperly prepared fugu.

VERDICT: Do you want fries with that?

A poison that works on the respiratory system, Heroin depresses the central nervous system creating a feeling of euphoria.  Even if you don’t factor in the risk of HIV from shared needles, or the danger of contaminants being included in unregulated substances, the excess mortality rate amongst Heroin users (up to 20% higher than in comparable groups of none users) makes the appeal of this drug hard to understand.  Symptoms include cramps, disturbed vision, low blood pressure, coma and death from respiratory failure. Hemlock was supposedly the poison that was used to dispatch Socrates.  Whilst Descartes may have said, “I think, therefore I am,” Socrates is meant to have lifted his mug of Hemlock and said, “I drink, therefore I’m not.”  In Water Hemlock the highest concentrations of the poison cicutoxin can be found in the root and one bite of this can cause death in adults.  Water Hemlock causes convulsions and death.  Poison Hemlock causes muscle failure and death.

VERDICT: Only acceptable as a beverage when served with fugu and a side order of castor beans. 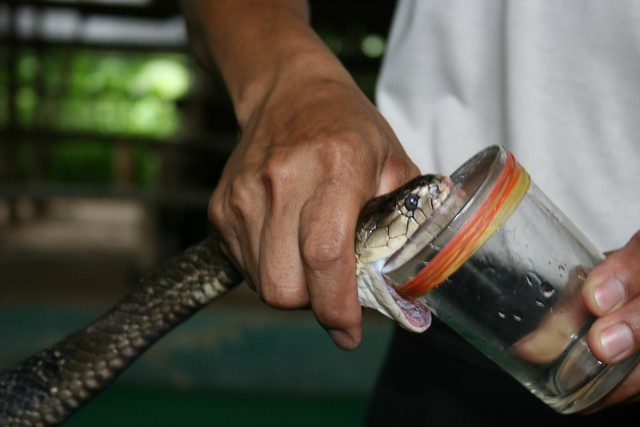 The toxicity of snakebites is dependent on a lot of factors, varying from the length of time elapsed since the snake last bit, through to the level of danger the snake perceives in its victim.  The most poisonous snakes are the vipers, cobras and adders.  Symptoms of snakebite poisoning include swelling, organ failure, vomiting, bleeding from the eyes and nose and gums as well as obvious pain at the site of the snakebite.
Interestingly, white males account for more than three quarters of snakebite victims.

Historically arsenic was the murderer’s favourite choice and it has always been one of the favourite devices used in murder mystery stories.  In the UK it was available as a poison that could be freely bought in chemists to help with rat infestations.  Traces of arsenic are present in all human tissues and it is the twentieth most commonly encountered element.  When used as a poison, symptoms include severe gastric discomfort, vomiting and diarrhoea with blood.

VERDICT: A horrible poison, but it does have the fun factor of having the word “arse” at the forefront of its name. 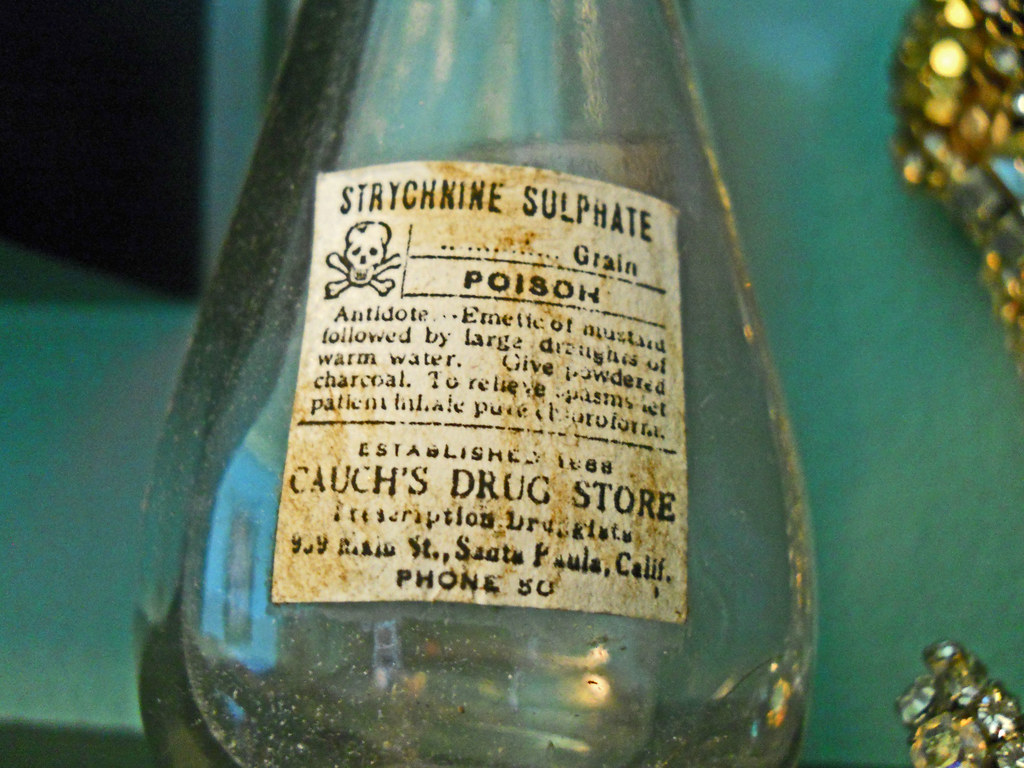 One of the more popular forms of poisoning at the start of the twentieth century, strychnine attacks the central nervous system and causes exaggerated reflex reactions.  With the correct dose a victim could be dead within ten to twenty minutes – having suffered an agony of contortions and death throes.
Strychnine was the murder weapon in Agatha Christie’s first murder-mystery The Mysterious Affair at Styles.  Whist this is a fast acting poison, effective treatments are now possible and it can only be seen as an efficient murder weapon in fiction and on very old-fashioned murder mystery shows. 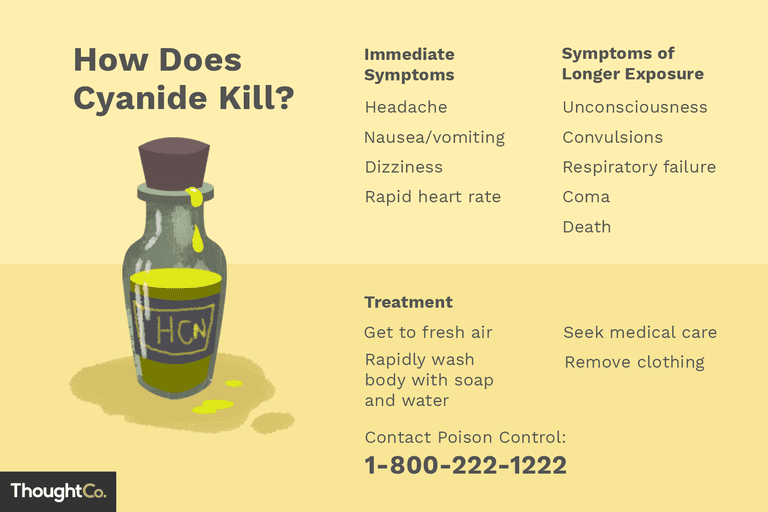 Cyanide kills by preventing red blood cells from absorbing oxygen.  This results in a process known as “internal asphyxia.”  Cyanide capsules were supposedly used by World War II spies as an easy escape option to avoid the painful part of a torture and death threat.  Lizzie Borden, although more famous for axe crimes, was found to have traces of cyanide in the sugar bowl at her family home – suggesting she had a back up plan in case the forty whacks failed.  Rasputin consumed a dose of cyanide that should have been lethal.  When it produced no adverse effects his enemies decided it was time to shoot and drown him.

VERDICT: CSI teams can spot cyanide poisoning without leaving the office or seeing the victim.  However, for a fictional form of poisoning, and for its universal notoriety, cyanide deserves the number one position in this list.