Ancestry tests provided by companies like 23andMe, Ancestry.com, and Helix are more popular than they’ve ever been. As more people have their DNA tested to see where in the world their ancestors came from, it’s led to some fascinating results. In some cases, the results are downright shocking and can uncover secrets that have been buried for years, if not decades. In 2007, two white English women, 64-year-old Doreen Isherwood from Putney, and 53-year-old Anne Hall from Huddersfield, each purchased a DNA ancestry test. They expected that their ancestors would be English and from other parts of Europe.

Much to their shock, they found something very unusual in their DNA makeup: they had DNA signature characteristics of Native Americans. Finding that signature in a white European person is incredibly rare. 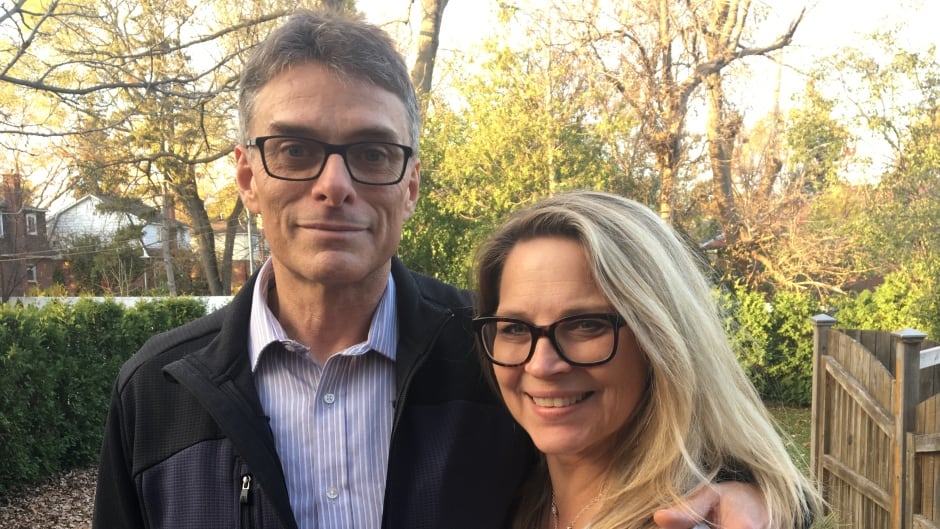 Then in 2017, Jantzik’s wife suggested that they do a DNA Ancestry test. Jantzik thought that it would be fun to learn about his real heritage. When his results came back, he logged on to the website and noticed that there was a thumbnail indicating he had a close relative in the database. The relationship indicated that the close relative was his biological mother.

After thinking about it for a few minutes, he decided to message his mother, Catherine Murrell-Sandness. Murrell-Sandness lived in Halifax and received the message as she was getting ready for bed. She had signed up with the ancestry database in the hopes of finding the son she put up for adoption 50 years earlier.

They sent messages to each other, and Jantzik learned that he had an older brother, Bob. Jantzik met his biological family within a week of discovering them, and asked his mother why he was given up for adoption. Murrell-Sandness explained that when she had her first son she was 15. She had Jantzik two years later, and she knew she couldn’t properly care for him. She wanted him to have a better life than she could provide.

Jantzik said that after finding his mother, he feels complete and has no more questions about his background.

Craig Cobb is a walking and talking pile of trash who identifies himself as a white nationalist. He promotes hate speech and hate crimes, and he started an all-white community in North Dakota.

In 2013, Cobb appeared on The Trisha Goddard Show, and he had a DNA test for his ancestry. It turned out that Cobb was 86 percent European and 14 percent Sub-Saharan African. You can almost hear a trombone going “wah wah wahhhhh” just thinking about it.

Cobb tried to dismiss the results by saying the 14 percent was statistical noise and short science. But, we investigated it, and Cobb is in no way an expert in stats or DNA testing, so perhaps the DNA test is more accurate than Cobb is claiming.

In 2015, Cobb said he had his DNA re-tested. It turned out that his DNA was made up of 100 percent garbage. No, he didn’t really say that. Instead, without showing any evidence to back it up, he claimed he was not 14 percent Sub-Saharan African. Instead, he was 97 percent European, and the last 3 percent was an “Iberian thing.”

Sure, Clayton Bigsby, we all believe you. Growing up in Rockford, Illinois, Dick Nelson always felt different from the rest of his family.

His father, Albert, was 100 percent Swedish, while his mother’s roots were in Western Europe. Dick had four sisters – one older, three younger. All four sisters had blonde hair, blue eyes, and dropped out of high school. Dick, on the other hand, had brown eyes, black hair, and became a college professor. His father, who Dick called the town drunk, died in 1952 and his mother died in 2001.

In 2016, Dick, who was 78-years-old, bought a $99 DNA test from Ancestry.com. It turned out that he was only five percent Scandinavian. That meant Albert, who was 100 percent Swedish, wasn’t Dick’s father. Dick called a cousin and told her the news.

That’s when she told him that his real father was an Italian man named Jim Cassioppi, who had dated one of Albert’s sisters. Cassioppi was a deputy sheriff, and he served as a Democratic committeeman. Also, just like Dick, he was an excellent dancer. Cassioppi passed away in 1987.

In the winter of 2016, Krista Brian was 37-years-old and decided to investigate her ancestry. She sent a swab to Ancestry.com, and weeks later her results came back and forever changed her life.

Brian thought that she was Hispanic and that her father had died by suicide when she was just a baby. It turned out that she was African-American, and her father wasn’t the man she thought he was. Her father was really a man named Andrew Baker who was alive in Florida.

She eventually got in contact with her Baker, and he said that he knew her mother briefly. He had no idea that he was her father. After confirming that he really was her father, Brian flew to Florida to meet her father, and four half-siblings. Brian said she learned about her family just before Christmas and said it was the best gift she could have gotten. In January 2018, the advice column Ask Amy published a letter from a very confused woman. She said that she had her DNA tested and discovered that she didn’t share any DNA with the man she thought was her father.

The writer said that she even considered the notion that her father was a different man than the man who raised her. She also wrote that her mother, who was 97, may not have known the man was her father, either.

Andrea Ramirez grew up in the Bay area of California, and she always thought she was part Mexican because her father was. Ramirez and her brother couldn’t figure out why they had light hair and skin and didn’t look anything like their father’s children from his first marriage. They just always assumed they took on more of their mother’s appearance.

Then in 2013, her brother had a DNA test and thought the results were odd. So, Ramirez picked up a $199 test for herself and had her DNA tested. She got several surprises. She not only learned that her father wasn’t who she thought he was, but she had at least one half-sister as well. In 2014, a man who used the pseudonym George Doe relayed a tragic story about what happened when he had his and his parents’ DNA tested by 23andMe.

George Doe has a PhD in cell and molecular biology, and he was fascinated by the results of his DNA tests. He decided to use the 23andMe’s close relative finder and discovered that a man named Thomas shared 22 percent of the same DNA with him. George thought this was amazing amount of DNA to share with someone. He soon figured out that if you share somewhere around 25% of the same DNA as someone else, there is a very good chance that they are your grandparent, aunt or uncle, or half-sibling.

It turned out that Thomas was George’s half-brother. George had no idea that Thomas existed. George got in contact with Thomas and learned he had been adopted at birth. He had been looking for his biological parents for years.

Eventually, the news of Thomas’ existence spread around George’s family. Sadly, the news re-opened old wounds and memories. His parents got divorced, and everyone stopped talking to his father.

74-year-old Walter Macfarlane and 72-year-old Alan Robinson had a friendship many people don’t get to experience in their lifetime. They have been friends for over 60 years.

They were both born in Hawaii, and they met in the sixth grade, and played football together in high school and college. As adults, they stayed close. They both got married and had children, and their families became friends. The two families would even go on vacations with each other and their kids referred to the parents of each family as “aunt” and “uncle.”

Macfarlane had been raised by his grandmother, and in 2017, he was looking for information on his long-lost father. He bought an Ancestry DNA kit and made a shocking discovery. He had a half-brother, and they shared the same mother. The only thing he knew about his half-brother was that his username was Robi737. Macfarlane’s wife realized that it might be his lifelong friend, Alan Robinson. Robinson’s nickname was Robi, and he used to fly 737s. It turned out his wife was correct: Robi727 was Robinson.

Robinson had been given up for adoption at birth. He was adopted by a family who lived down the road from Macfarlane and his grandmother.

They announced they were brothers at a family dinner on December 23, and both families were overjoyed by the news. In 2012, 69-year-old Alice Collins Plebuch, who lived in Vancouver, Washington, decided to do a DNA ancestry test. She always thought she was Irish Catholic. Her father, Jim Collins, was the son of an Irish immigrant, and her mother’s family was also from Ireland. Her father identified with his Irish heritage so much that they sang “Danny Boy” at his funeral.

When Plebuch got the results back, she was shocked to learn that she was half Ashkenazi Jewish. She couldn’t understand why, and had her DNA tested again. It came back with the same results. She then had some siblings get their DNA tested, and it also said they were Jewish.

One possibility was that Plebuch’s mother had an affair with a Jewish man. However, that didn’t seem likely, so Plebuch had her cousins’ DNA tested and discovered they didn’t have any Jewish heritage. Plebuch concluded that her father was, for some reason, not related to his parents.

Then, on January 18, 2015, Plebuch was talking to her cousin, and it all came together. Her cousin had his DNA tested, and he found a close relative match named Jessica Benson, who lived in North Carolina.

Benson was confused because she thought she was Jewish, but her ancestor results said that she was half Irish. Plebuch got in contact with Benson and learned that her father was born in the same hospital around the same time as her father.

After the revelation, the two families became friends and took a cruise together in 2017.

Previous Article10 Must-See Tourist Attractions in Romania
Next Article What Are the Smartest Countries in the World?