You know the old saying; marry in haste and repent at leisure. It’s easy to scoff at celebs who rush in and out of love but let’s face it; most of us aren’t surrounded by beautiful people all day. We interact with our dry cleaner and the sandwich delivery guy/gal. Temptation is not all around us and if we were to make a big mistake, we don’t have a team of hotshot lawyers to get us out of it. The following weren’t matches made in heaven. ‘Till death do us part? Well, at least until the ink has had time to dry on the pre-nuptial agreement.

Julia Quote: “What’s nice about my dating life is that I don’t have to leave my house. All I have to do is read the paper. I’m marrying Richard Gere, dating Daniel Day-Lewis…even Robert De Niro was in there for a day”. (www.saidwhat.co.uk)

Julia was used to journalists linking her to several actors; some of the stories were even true! She canceled her planned wedding to Kiefer Sutherland with three days to go. Marriage to country star, Lyle Lovett, went ahead following a three-week affair and a romantic elopement in 1993. Their divorce was of the amicable kind and they state that they have remained friends. Country singers need a bit of heartbreak for their songs, after all. Julia is currently married to Daniel Moder, a cameraman she met on the set of The Mexican, and they have three children.

Charlie Quote: “This feels like my first real marriage (to Brooke Mueller). The first one was a show, the second one was a con and this one is the real deal”. (www.jared.com)

So, the first marriage to Donna Peele, by Charlie’s reckoning, was the ‘show one’, whatever that means. Sheen’s private life used to get more attention than his movie career due to drug problems and liaisons with porn actresses and call girls, notably Hollywood madam, Heidi Fleiss. He claimed that he had slept with 5,000 women. Despite all this activity, he found time to marry on three occasions. There was also an engagement to actress, Kelly Preston, but they split after he accidentally shot her in the arm. Charlie’s second marriage, to actress Denise Richards, lasted four years and produced two daughters. His current marriage is to real estate investor, Brooke Mueller and they have twins. Charlie seems to have got his act together, personally and professionally, and has announced that he has become a Born-Again Christian.

Jennifer quote: “It’s hard for them (partners) to live in my shadow, knowing that they will never make the money I do”. (www.saidwhat.co.uk)

Dancer and choreographer Cris Judd met J-Lo when he directed her music video to promote Love Don’t Cost a Thing (that’s only true if you sign a pre-nup), and they married in 2001. Her first marriage, to Cuban chef Ojani Noa, had lasted for 11 months. Jennifer also had a relationship with controversial hip hop star, Sean Combs. The split from Judd occurred when Jennifer began a public liaison with Ben Affleck. The so-called Bennifer wedding was called off a few hours before the ceremony, with both stars citing media intrusion as the cause. Jennifer went on to marry singer, Marc Anthony, in 2004 and they are the parents of twins. As a reaction to past events, the couple married in secret and they are private about their relationship.  Rumors of an impending divorce have been circulating but the couple denies this.

Pamela Quote: “I tend to just completely consume the men that I love. I’m such a romantic”. (www.saidwhat.co.uk) 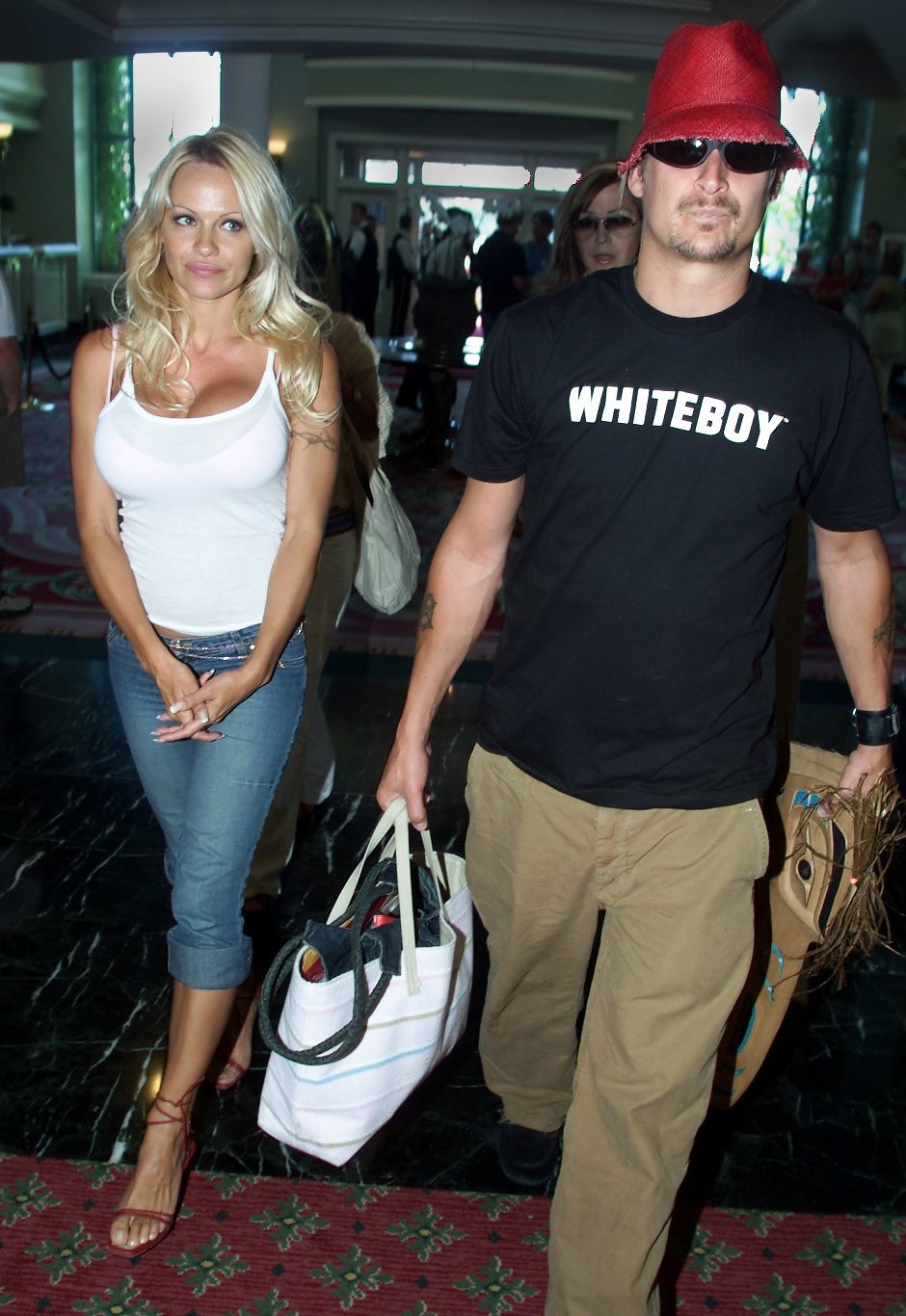 What does she mean by consume? Like a praying mantis? The Baywatch star likes whirlwind romances. She runs in slow motion but she gallops up the aisle. She married first husband, Tommy Lee from Motley Crue, after they had known each other for 96 hours. That marriage lasted three years and produced two sons. Musician Kid Rock became husband number two in 2006. This was the shortest one, narrowly beating the 6-month marriage between Pammy and poker playing Rick Salomon, which was annulled in 2008. There was bad blood between Tommy and the Kid, coming to a head in 2007 when Kid Rock assaulted Tommy at the MTV Video Music Awards.

Renee Quote: “I suppose I don’t really have a type that I usually go for. I’ve never really gone for the ‘good guy’ or the ‘motorcycle guy’ or the ‘bad guy’”. (www.saidwhat.co.uk)

How about the country music singer guy? Following romances with Jim Carrey and Jack White of the White Stripes, Renee married Kenny after they had known each other for 5 months. The Caribbean island of St. John was the idyllic setting in May 2005. An annulment was finalized at the end of the year. Kenny expresses the pain of lost love in songs, such as Better As a Memory. The paparazzi continue to take an interest in Renee’s love life. There were rumors of dates with Sir Paul McCartney. It’s all far removed from the life of Bridget Jones.

Lisa Marie Quote: “Look at the amounts Ben Affleck has lavished on J-Lo. When Nick opens his wallet, moths fly out”. (www.saidwhat.co.uk) 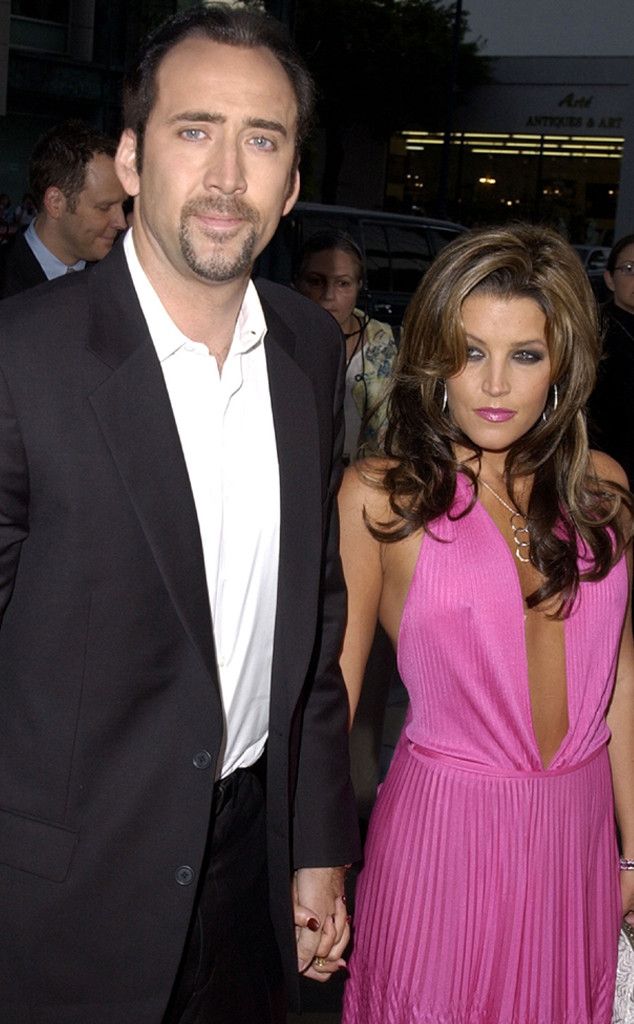 Nicolas Cage is a huge Elvis fan and took inspiration from him for his character, Sailor Ripley in Wild at Heart. He collects memorabilia of the King but this was a collector’s item gone too far. At least he could comfort himself with work…(no, really). They married in Hawaii in 2002 in a hush hush ceremony. Lisa Marie’s first marriage lasted six years but her marriage to Michael Jackson in 1994 ended in divorce after 19 months. She has married for a fourth time, to her guitarist and producer. Lisa Marie was Cage’s second wife, following his first to actress, Patricia Arquette. His current wife is a former waitress and they have a son together, named Kal-El, in tribute to Superman’s birth name. He certainly won’t get teased. Children are known for their kindness.

Drew Quote: “Sometimes I bust out and do things so permanent. Like tattoos and marriage”. (www.saidwhat.co.uk)

Let’s hope Drew didn’t tattoo Jeremy on her arm. This was Drew’s first marriage when she tied the knot with Welsh bar owner, Jeremy Thomas in 1994. Wedding bells had sounded when she was just 16 years old but the engagement was broken off. Another engagement was canceled when she split from musician/actor Jamie Walters. A second marriage, to comedian Tom Green, lasted for 15 months. She was also in a 5-year relationship with The Stroke’s drummer, Fabrizio Moretti and has dated actor, Justin Long. Her days as a child actress and troubled teenager with addictions are well documented and Drew went on to have a successful career as an actress in adult roles and as a producer. A permanent love match is proving more elusive.

Carmen Quote: “I’m more attracted to a stronger man rather than a feminine man. Someone who would just throw me down and take control”. (www.thinkexist.com) 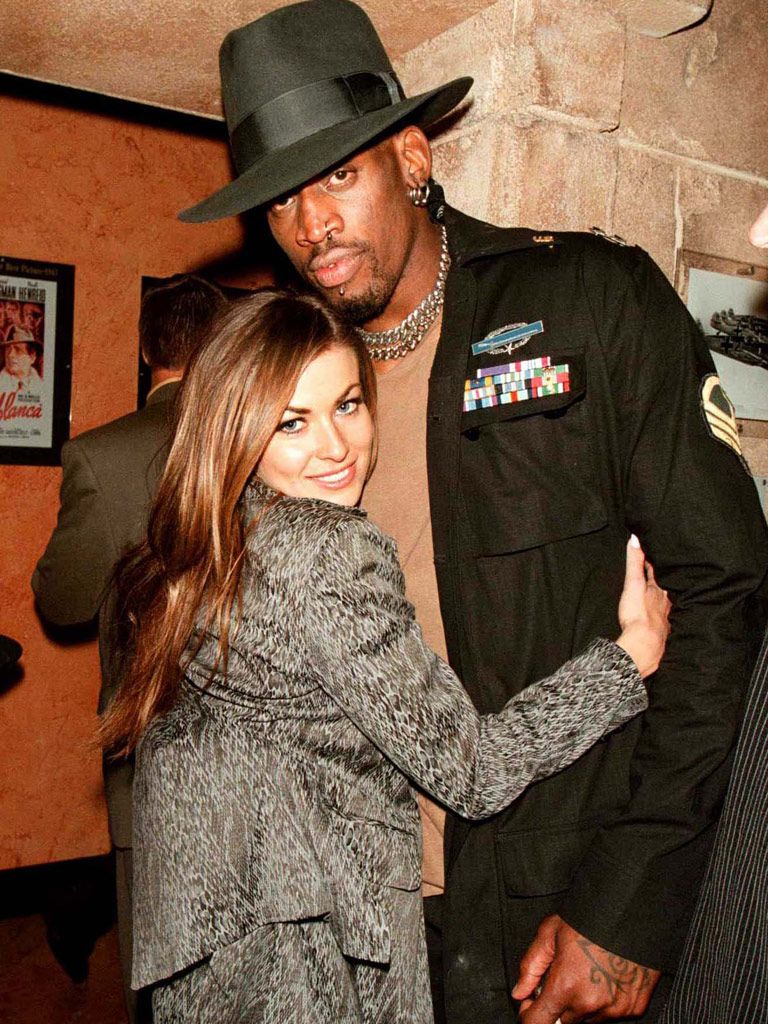 Maybe Dennis’s ability to slam-dunk was the attraction. Carmen, former Playboy model and Baywatch star, is many men’s fantasy. Her first marriage was to Dennis the Menace, the flamboyant basketball legend, in 1998 in Las Vegas. They were reputedly drunk at the time and the marriage was invalidated. Carmen’s second marriage was to rock star, Dave Navarro in 2003, ending in divorce in 2007. She has also had relationships with Prince, rap singer, B-Real and Tommy Lee. Dennis had one marriage behind him prior to hooking up with Carmen and he re-married in 2003, his wife claiming acts of domestic abuse.  He also had a much-publicized romance with Madonna.

Michelle Quote: “I will say this about Dennis Hopper. We were married for eight days and truly…they were the happiest days of my life”. (www.quotelucy.com) 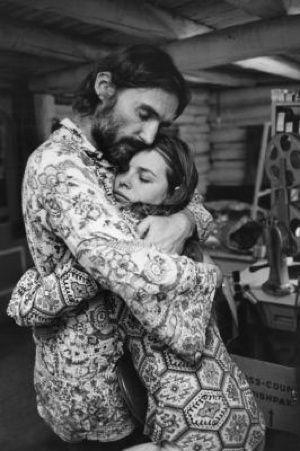 Although Michelle Phillips has said less flattering things about Dennis too, it must have been one helluva week. A marriage that doesn’t last as long as a tub of yogurt but brings such joy is a wondrous thing to behold.  Michelle, member of the sweetly harmonious Mamas and the Papas, turned actress, married Dennis in 1970, having met him on the set of her first film, The Last Movie, in which Dennis starred and directed. Michelle and Dennis have 10 marriages between them and each of them is currently married.

Britney Quote: “With love, you should go ahead and take the risk of getting hurt because love is an amazing feeling”. (www.saidwhat.co.uk)

There’s a short-lived marriage and there’s taking the piss. Britney’s troubles have been well documented in tabloid stories of bizarre behavior and addiction. There was media frenzy when the story broke that she had married her childhood friend in a Las Vegas wedding chapel in January 2004. Britney called it a mistake and the annulment was quick. Her previous relationships included Justin Timberlake and Fred Durst of Limp Bizkit. Following a three-month romance, she married back up dancer Kevin Federline in September 2004. They had two sons together and divorced with a fierce custody battle to follow. Britney has been in show business since she was ten years old and is followed everywhere by the paparazzi. Despite her problems, she has made a professional comeback and the custody dispute has been settled.