Between a post-World War II habit of exaggerating the military prowess of the Third Reich, the amazing performance of Finnish soldiers during the 1939-1940 Winter War, and the fact the Soviet Union eventually collapsed, there’s a tendency to believe that the Russian military was a badly run and worse-equipped rabble. They were given inferior weapons to Western powers at all times, and it was only sheer numerical advantage and a suicidal devotion to country that they were able to defeat the Nazis and keep control of numerous satellite countries.

We happen to know better, though. Through much of its history Russia hasn’t merely had large ranks of dedicated fighters. It’s possessed cutting edge weaponry that has put its arrogant rivals to shame and struck fear in the hearts of conquered people that might otherwise revolt. Woe be to any enemy that had to face soldiers that possessed these… In June 1941 when the Third Reich invaded, only forty of these had been built in the Soviet Union. By 1943, 3,237 of them were in service. A collection of angled rocket platforms might sound ridiculously inefficient, but it was actually the fact they used platforms instead of precisely calibrated artillery barrels that these weapons were so economical.

Being relatively light, it was also much easier for them to be repositioned between volleys so that Reich artillery found it harder to get a bead on them when they returned fire. They had a maximum range of about six miles. Despite being woefully inadequate in terms of precision aiming, were particularly unnerving for Wehrmacht troops, who gave them the nickname “Stalin’s Organ.” World War II buffs are often more familiar with the German Panzer or Tiger tanks, but early in the war all Wehrmacht models paled before this medium tank, the weapon which was credited with saving Moscow from Operation Barbarossa. Heavily armored yet with weight widely dispersed, early Reich anti-tank shells both from their own armored vehicles and artillery simply bounced off as these tanks drove nimbly over mud that heavier German tanks got bogged down in. It would take years before the Germans began to employ artillery shells against them (i.e. the infamous 88 mm) that could pierce their armor. Indeed, more Russian casualties were suffered as a result of initially inadequate training than because of enemy firepower. The Red Army began the war with 1,000 of these tanks. By the time they saved Moscow, there were 2,800 of them built. Over the course of the war there would be tens of thousands.

For a time, Hitler actually used these tanks to gloat over his advisers. After all, he had demanded heavier tank armaments, and here came the Soviets with exactly the sorts of weapons he wanted and pounding his armored divisions. The Wehrmacht distributed propaganda to their own tanks crews which openly said that the T-34 had been the best tank in the world (erroneously claiming that had changed because the new Tiger tank was superior). So much for supposed Germanic superiority.

The sniper rifle of choice for the Red Army during WWII, even during the early days of the war when routs by the Wehrmacht were the order of the day, snipers wielding this weapon gave the German army some grievous casualties. As National Interest reports, a single ambush in September 1941 resulted in a handful of snipers inflicting seventy-five casualties on one German infantry regiment.

It was a hard-won lesson for the Soviets, considering that it was the very weapon that Simo “White Death” Hayha used to kill 542 of their soldiers in 1939-1940. However, it was so invaluable to the USSR that Field and Stream reports a staggering 80% of all firearm casualties inflicted on German soldiers were through the use of this weapon.

No one has more cause to fear these weapons that the Russians themselves, and their Baltic neighbors. Although they were never used against the Axis powers during World War II, the Soviet Union built an arsenal of fifteen thousand tons of chemical weapons, among them sulfur mustard in artillery shells. When the war finished, the Soviet Union simply dumped all the weapons into the Baltic Sea. Similar acts were done by Great Britain and the United States of America, but they had requirements that the dumping had to be in waters more than a kilometer deep. It happened the Baltic Sea was a bad choice since its average depth is only a relatively shallow 150 meters; shallow enough that such commercially important fish as cod can swim to the sea floor.

There have already been reports of Polish fisherman that have suffered the results of mustard gas poisoning from handling poisons that leaked from these discarded weapons, and Smithsonian Magazine reported in 2016 that many cod caught near dumping sites in the Baltic Sea were showing illnesses and developmental problems that indicated the leaked chemicals were adversely affecting them. It was bad tidings for customers of fish caught in those areas.

Bear all this in mind when we return to the subject of Russian chemical weapons later. In these days of drones and similar military technology, artillery pieces may seem hopelessly outdated as a practical weapon. The Russian military and its clients, however, continue to use them to devastating effect on targets both military and civilian. It fires 221-pound, 1.5-meter-long shells, which are twice the size of the largest mortar weapons in service in the U.S. Armed forces. The shells are loaded by crews of nine people at a rate of one round per minute.

Targets have included Israeli fortifications during the Yom Kippur War and Six-Day War, strongholds for terrorists in Afghanistan, and Beirut. During Russia’s second war with Chechnya from 1999 to 2000, cities such as Grozny were particularly devastated by this weapon. More recently, it was one of the weapons of choice for Bashar Al-Assad to wreck the city of Homs

5. The Deadliest Submarine of WWII While most of our other entries have focused on entire makes and models of weapons, for this one we’re focusing on a single vessel. In fact, we’re focusing primarily on a single attack; a chilling one even by the cruel standards of the Eastern Front. On January 30, 1945, the Kriegsmarine ship Wilhelm Gustloff took off from the Gulf of Danzig with 10,000 refugees that were bound for the relative safety of Kiel, Germany. However, the Soviet submarine S-13, commanded by Alexander Marinesko, intercepted the massively overloaded vessel. It fired four torpedoes – one of which jammed in the torpedo tube and very nearly sank the submarine itself. Wilhelm Gustloff was struck by the three torpedoes, one of which caused an explosion in the engine room that cut all power, plunging the ship into darkness as it sank over the next 90 minutes without being able to send a distress message. 9,000 of the 10,000 people aboard perished. This was a ship that contained 5,000 children.

Despite the grim nature of the torpedo attack, S-13 became a venerated vessel. Captain Marinesko was named a Hero of the Soviet Union. The vehicle itself was included on postage stamps. Goes to show just how furious the population of the Soviet Union was that the deaths of thousands of children would be considered worth celebrating. Not all stories of heroes are heartwarming. Launched on May 30, 1983, K-278 was an experimental double-hulled submarine and part of a line of prototypes called the Komsomolet (“Member of the Soviet Youth”). Able to descend 3,346 feet, it was functional at depths more than double those of the deepest diving American submarine and well below where American torpedo systems functioned. However, in 1989 while operating in the Norwegian Sea, a fire broke out in the aft section, and the crew spent the next six hours attempting to fight it. But since a major air supply valve was feeding it, the effort was hopeless. In the evacuation, roughly two-thirds of the crew perished, mostly from the cold water while waiting to be rescued.

The submarine, with its arsenal of two nuclear missiles, ended up at a depth of 5,250 feet. It wasn’t until 1998 that the Russian government claimed it had fully closed off the submarine through several expeditions. But there were two ominous aspects to that. The first was that the submarine was located over a major fishing route, which was reminiscent of the chemical weapons dumps in the Baltic Sea. The other was that it was claimed there was evidence of “unauthorized visits” to the submarine crash site by “foreign agents.” The possibility that the nuclear weapons could have fallen into the hands of even a non-governmental group is quite chilling, even if it didn’t quite happen. 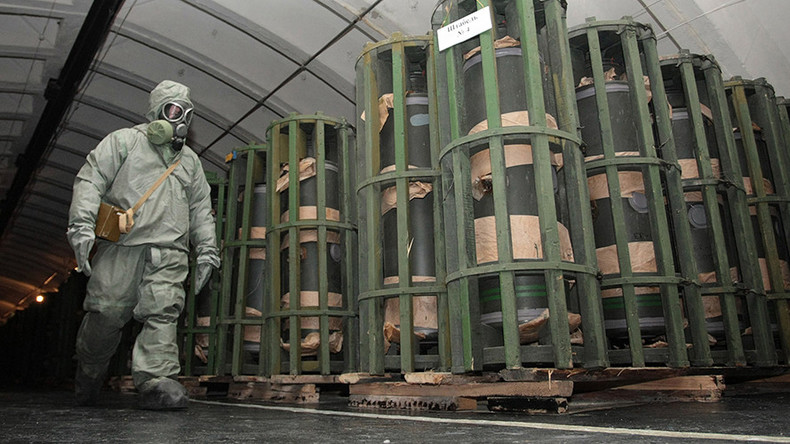 Despite signing the Geneva Convention in 1960, which banned the production of chemical weapons, and deciding to dump their massive WWII-produced supply in the Baltic Sea, by 2017 Russia had produced 40,000 tons of chemical weapons. The United States of America was similarly guilty, so in 1993 they signed an agreement to dispose of their weapons and both utterly failed to meet repeatedly delayed headlines. The Russian government claimed in September 2017 that they had finally destroyed all their shells of sarin gas, soman gas, mustard gas, and so forth, leaving only one percent of all forms of chemical weapons to be dealt with.

What would normally be a cause of celebration became significantly more uncertain when on April 4, 2017 eighty Syrian people were killed in what evidence indicated was a chemical weapons attack by Bassar Al-Assad. How much of a role Russia’s chemical weapons stockpile played in this left nations around the world concerned since Vladimir Putin had already been belligerent in occupying Ukraine in 2014 and later actions in Syria. Russia also vetoed chemical weapon probe extensions by the United Nations. Whatever the truth is in this matter, it’s hard to deny that Russia had a point when it was noted the American military had missed more deadlines in destroying their own chemical weapons stockpile.

When NATO dubs a nuclear weapon “Satan 2,” you can understand anyone feeling a bit uneasy about the fact it’s part of a launching system that will allow it to be fired anywhere on Earth. The RS-28 is a weapon that began development in 2011 and is expected to be put into active service in 2018. It is stated to weigh one hundred metric tons with a range of 6,200 miles. More importantly, it is also supposedly fitted with cutting edge stealth technology, so targets will hardly be able to see it coming. Not that there’s much that the other nations could do about it depending on their size.

According to the Russian military, the nuclear detonation of this weapon is so extreme that it was said that a single missile could destroy all of France or, as they more pointedly claimed, Texas. It remains unlikely that it will ever be fired. But ask yourself: Can you really say stranger things haven’t happened? 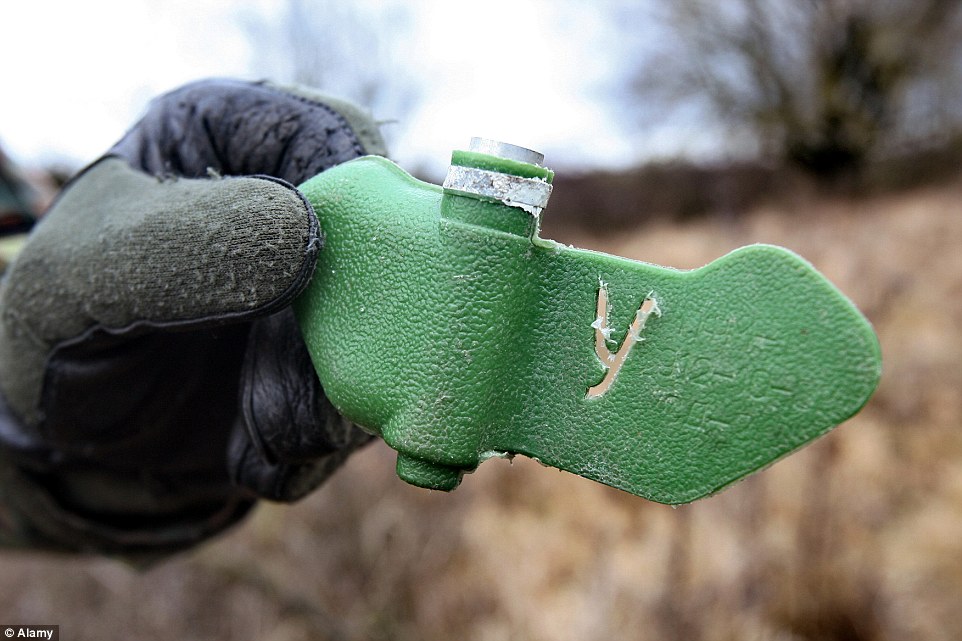 Between 1979 and 1988, 13,000 Soviet troops would be killed in the invasion of Afghanistan and more than 33,000 would be wounded, losses which would compel the Soviet military to turn to truly heinous weapons as part of tactics that could only reasonably be described as terrorism. As the New York Times reported in 1985, the UN’s Commission on Human Rights had found that the occupying forces were leaving piles of objects which would desirable to children in villages. They included matchboxes, hollow radios, harmonicas, and most notably toy birds with switches embedded in the wings.

Like most mines, the intent was not to kill the children, but to grievously wound them with severed limbs which would remind everyone who saw them for years after how high the cost of incurring the Soviet Army’s wrath could be.

If you’d like to take your mind off real world horrors but stay scared, check out Dustin Koski’s horror podcast The Vanishing Point.