From about 1550 to 300 BC, the Phoenicians ruled the Mediterranean. They influenced the ancient Greeks and Romans, and traded with people from as far north as Wales and throughout the continent of Africa. In spite of inhabiting a large territory, including modern day Lebanon, very little is known about these people. But what we do know about them is nothing short of amazing.

10. They Invented the Letters of the Alphabet Imagine having to write out a letter using symbols to represent words, and imagine if those symbols had different meanings in each geographical area of your country. It would be confusing and communication would come to a near standstill.

Thankfully, there was an incredible invention that broke words down into sounds and enabled people across the European continent to begin communicating more effectively with each other and their neighbors.

It was one of the most well known inventions of the Phoenicians: the letters of the alphabet. Each letter was assigned a sound and it made writing so much easier than having to paint or chisel out elaborate pictographs and symbols that represented entire words or ideas.

At around 800 BC, the Greeks adopted the Phoenician alphabet, assigning mostly the same sounds to the letters, while also adding four new letters and sounds to create a 26 letter alphabet.

After the Greeks had started using this new alphabet, the Etruscans and, later on, the Romans followed suit. The basic letters of the alphabet were easily adapted to other languages across Europe, leading to the alphabet we are familiar with today. Although the Phoenicians invented the letters of the alphabet, very little of their writing exists today. While historical sources mention the poets and philosophers of Phoenicia and we know that they kept records of their finances and religious beliefs, only a few inscriptions have survived.

Ancient Greeks and Romans wrote on stone or clay tablets, preserving their ideas for future generations. The Phoenicians were influenced by the ancient Egyptians and kept their writings on papyrus and parchment. However, since Phoenicia was not hot and dry like Egypt, the ancient writings did not survive over time. Furthermore, wars and raids also had a deep impact on what would remain for future generations to uncover.

Because of this great loss, much of what we know about the Phoenicians comes to us from what other cultures had written about them. 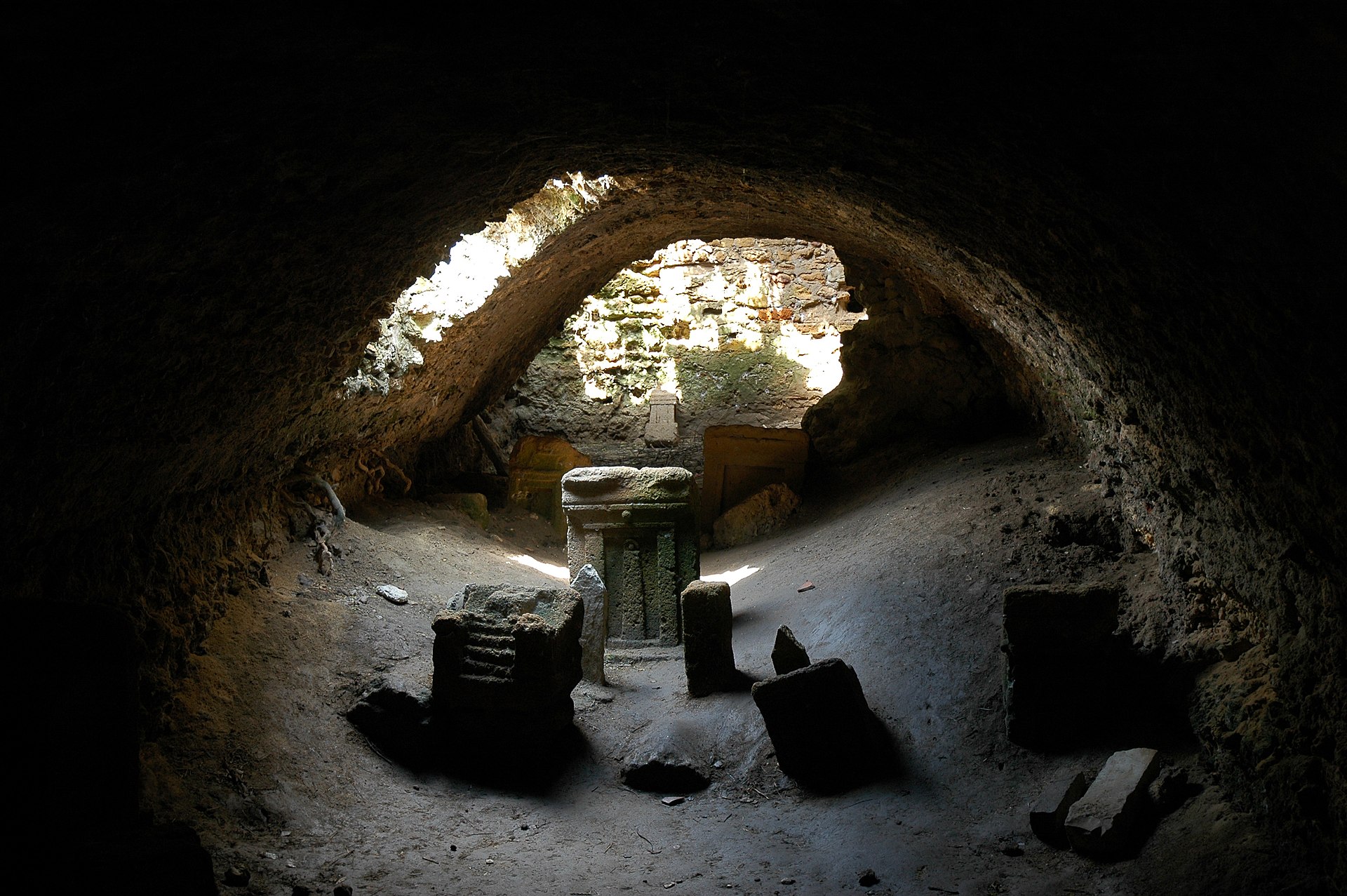 The Phoenicians were polytheists, and they worshipped both gods and goddesses. Their most popular deities included Baal, the father-god, and Tanit (Astarte), the goddess of sexuality and the Mother of Heaven.

The goddess Tanit was unlike the goddesses we think of today. She was both a nurturing and a sexual being. People turned to her when they needed help and guidance, but they also prayed to her when they wanted love or physical attention. In the minds of the Phoenicians, women could be both mothers and sexually active, and the powerful combination of the two was said to have made the Phoenician women both brave and desirable. While little of their writing survived, two magic spells from the 6th century BC were discovered in Syria. What is interesting about these spells is that they are both for protection.

The first spell is an exorcism that was inscribed on a pendant. Two gods are called upon in the spell, and the invoker asked that these deities protect the wearer from “Flyers” and “Stranglers.” Both of these evil forces were believed to haunt the night.

The second Phoenician spell was believed to protect the talisman wearer from the demon serpent. It could have been used as protection from the evil eye, and it called upon a god to strike against the serpent. Phoenicians invented many things, but they also borrowed from their neighbors and from the people they traded with. When it came to magical amulets, they borrowed heavily from the ancient Egyptians.

Many of the magic symbols found on Phoenician amulets can be traced to ancient Egyptian symbology. Like the ancient Egyptians, Phoenician amulets also portrayed gods in their anthropomorphic and zoomorphic forms. For example, there were bodies of men, fitted with the heads of dogs or lions. The Phoenicians were also fascinated by the sphinx and made amulets and statues of this form for religious and magical purposes. Imagine a time when certain colors were reserved only for the wealthy and the ruling elite. If you were among the common classes, you could have been executed for wearing a color above your station.

One of ancient Phoenicia’s largest exports was the dye for the color purple. It was made from the secretions of a sea snail that, when exposed to the air and sunlight, underwent a chemical change and transformed into what came to be known as Tyrian purple.

The Phoenicians themselves did not invent the purple dye. It was also discovered by the Chinese and Peruvians. However, for centuries the Phoenicians kept the secret of how the dye was made from their neighbors and were able to make the noble classes pay an immense amount of money for the unique color.

Eventually, Pliny the Elder discovered and published the method on how to make the expensive dye, and it did not take long before ancient Rome began making its own purple dye for the Emperor’s wardrobe.

4. Masters of the Slave Trade Ancient Rome might best be known for its use of slaves, but the Phoenicians were the true masters in the slave trade. First, the Phoenicians were highly skilled kidnappers. Unclaimed and unwatched women and children were often grabbed by Phoenician slave traders who travelled throughout the Mediterranean regions in search of slaves. They also kidnapped slaves from the African continent.

Over time, neighboring people became extremely upset with the Phoenicians’ habit of kidnapping people to sell in the slave markets. At that point, the Phoenician slave traders made an effort to buy, instead of take, slaves from other countries.

Prisoners of war were almost always placed into slavery. Some of the Northern tribes would sell off unwanted children. Slaves could also be cheaply bought in Egypt and sold for a higher price in other regions. People with debt were also sold into slavery.

Much of what was written about Phoenicians points to them as being excellent merchants and seafarers. They traveled great distances to trade for raw materials, such as tin, to bring home and make into objects for trade in their local region.

Using rudimentary forms of navigation, it is believed that Phoenicians mostly did coastal navigation, following the coastline to various trading posts along the African and European coasts. At night and when they were farther out at sea, the Phoenicians navigated by the stars. In fact, the North Star has also been called the Phoenician Star because they used it as a point of reference while they were out at sea.

2. Phoenicians in the Americas

There are a growing number of historians who believe that the Phoenicians may have sailed across the seas and landed in the Americas. According to some, there is evidence of Phoenician culture among the Mound Builders of North America and the Olmecs of south-central Mexico. Evidence of Phoenician influence may have also been found in Iowa, Nevada, Oklahoma, Brazil, and Ecuador.

When the “Skeleton in Armor” was uncovered in Fall River, Massachusetts, 1830s, some historians felt that a Phoenician ship must have been taken off course, landed in Massachusetts, and left behind one of its deceased soldiers.

There was also a rock inscription uncovered in Nevada’s Massacre Lake that was believed by some to be a prayer for rain, written in the Phoenician language.

These, along with other archaeological oddities, have left us with more questions than answers.

1. Named by the Greeks One of the most fascinating facts about the Phoenicians is that we do not know with certainty what they called themselves as a group. The ancient Greeks referred to them as Phoenicians, which means “red men.” This name may have come from the purple dye the Phoenicians were famous for. The Greeks called the land of the Phoenicians “Phoinike,” meaning “blood red.”

It seems almost strange that a large group of people lived, traveled, and traded for centuries, and yet there is no record, as of yet, that tells us what they named themselves.