It’s no secret that the rich and powerful get away with crimes that would normally put most people in jail. But these next 10 stories of wealthy people getting away with murder are so cringe-worthy, it’s almost beyond belief… If you watch Family Guy, you might have noticed in one of the episodes that there was a casual mention that “Laura Bush killed a guy.” Well, sadly, this is actually true. Before she became First Lady of the United States, she was a high school student named Laura Welch, living in Midland, Texas.

In 1963, Laura was just 17-years-old, and she and a friend were trying to rush to the movies before the film was set to start. She was in such a hurry that she accidentally ran a stop sign and killed one of her school’s star football players, Mike Douglas. Laura is the daughter of a wealthy property developer, so her father was able to pay for a lawyer, and she never had to go through any kind of punishment for killing Douglas. As an adult, she wrote that the whole experience made her feel so guilty that she was afraid to ever apologize to Douglas’s parents, and she tried to pretend that the accident never happened.

John McAfee is best known for creating the McAfee antivirus software in the 1990s. After he became a multi-millionaire, he began to spend his money in strange ways, like opening a yoga ashram in the Rocky Mountains. He became increasingly paranoid that someone would come after his money, so he decided to pretend that he was almost broke, and moved to the country of Belize. He paid to build a compound, and hired a security team made up of former convicts. He also paid the local police department over a million dollars for their loyalty.

While living in Carmalita, Belize, he stabbed a man named David Middleton, because he stole something out of his house. He then dumped Middleton’s body into the middle of a busy street. Even though there were dozens of witnesses, the police turned a blind eye. After authorities searched his property under suspicion of drug and gang activity, McAfee ran to the city of San Juan, where he murdered his neighbor, an American named Greg Faull. Immediately after killing Faull, McAfee went on the run. He hired a lawyer, and had his posse help him escape across the border to Guatemala. He was later extradited to the United States, but he’s never served a single day of jail time for killing two people. Robert Durst grew up in a wealthy New York real estate family, and he went against his family’s wishes by marrying a woman named Kathleen McCormack. When she disappeared in 1982, he was the prime suspect. There was an incredible amount of circumstantial evidence, but no physical evidence to tie him to her murder. Later, one of Durst’s close friends, Susan Berman, and one of his neighbors, Morris Black, were also killed.

Durst claimed that he was simply very unlucky, and he didn’t know why all of these people in his life were being murdered. He was so confident that he was fooling everyone that he even agreed to be interviewed for a documentary series by HBO called The Jinx in 2015. During the taping of the series, he was caught with his mic on confessing to the murders. This year, in 2018, he is finally standing trial for his crimes, but only after getting away with it for decades.

In 2012, the young heir to the Red Bull energy drink fortune, Vorayuth Yoovidhya, was driving his Ferrari through Bangkok. He was drunk and driving well over 100 miles per hour when he hit a police officer riding a motorcycle. The man’s body was dragged along the ground underneath the Ferrari for miles, but Yoovidhya did not even attempt to stop, and kept driving. There was security camera footage that captured proof of the accident, but before he could be called to trial for the police officer’s murder, he fled the country on his parents’ private jet.

In 2017, Interpol finally submitted an order to extradite him to stand trial for his crimes, but only after years of public outcry. As of this moment, he is considered to be a wanted fugitive, but the authorities have never brought him into custody. 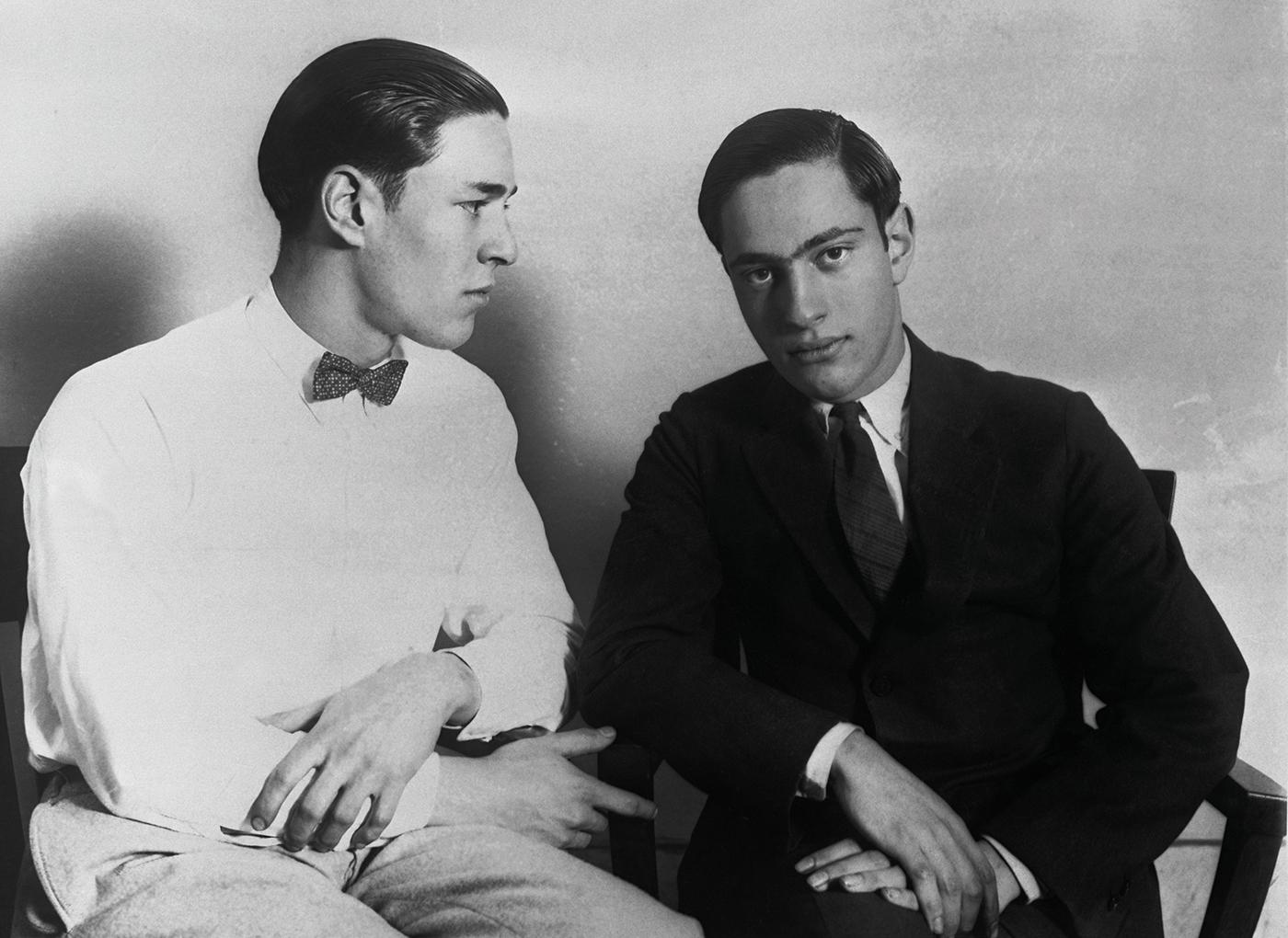 In 1924, two students from the University of Chicago named Nathan Leopold and Richard Loeb kidnapped and murdered a 14-year-old boy named Bobby Franks. When asked why they did it, the young men said that they wanted to prove how smart they were by pulling off “the perfect crime.”

But these weren’t just two garden-variety sociopaths. They were the sons of millionaires. So, of course, their defense lawyer somehow convinced the jury that Leopold and Loeb were victims of poor parenting, and even blamed the teachings of Friedrich Nietzsche for brainwashing their impressionable young minds. The jury ate it up, and the duo were spared the death penalty. 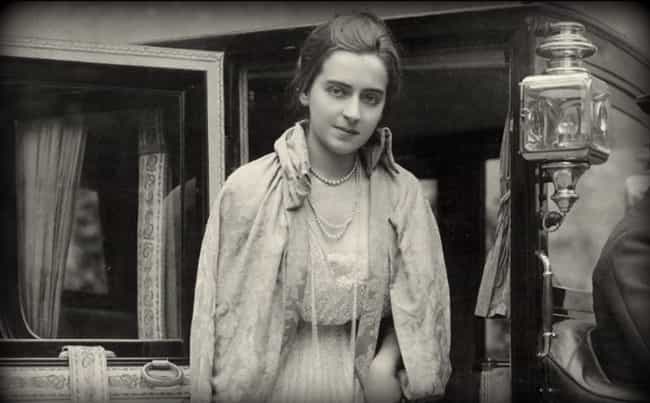 Born in 1890, Marguerite Alibert actually grew up in poverty, but her parents were servants in an affluent neighborhood in Paris so she had the benefit of knowing how to blend in with wealthy people. After getting pregnant at just 15-years-old, she was forced into prostitution. Since she was beautiful, elegant, and well-educated, she was able to become a high-class courtesan. One of her most important affairs was with Prince Edward of Wales, and she held onto his dirty love letters for safe keeping. Over the years, Alibert used men to climb the social ladder and make enough money to financially support her daughter. She eventually had so much money from her sex work that she could pretend to be a wealthy widow.

She caught the attention of an Egyptian prince named Ali Kamel Fahmy Bey. And in typical gold-digger fashion, she agreed to marry him even though they barely knew one another. She figured that she could just divorce him later and take half of his money, but this plan backfired. She moved to Egypt with him, where she was forced to keep her head and face covered at all times, and her husband married multiple wives. She convinced him to take her to an opera in England, where she shot him in their hotel room. She was able to blackmail the royal family with those letters from Prince Edward, and it was her very literal “get out of jail free” card. The lawyers painted a scenario where she killed her husband in self-defense, and she never served any time for killing her husband. In 2013, a 16-year-old named Ethan Couch stole beer and went drunk driving with his friends. He killed four people who had been standing on the side of the road in Fort Worth, Texas, and his passenger is now living with severe brain damage. Couch’s parents were millionaires, and they often left him alone to have parties in their mansion unattended. They paid for a lawyer who convinced the jury that the boy was suffering from “affluenza”- a made-up psychological syndrome where someone can be so rich, spoiled, and privileged that they cannot even grasp consequences of reality, and should therefore not be responsible for their own actions. He was ordered to go to rehab, instead of prison.

If you think this sounds like total bull, that’s because it is. Ethan Couch refused to finish his time in rehab, and went on to violate his parole. When he was 19, he tried to run to Mexico. He spent two years in jail, but he now walks free once again. 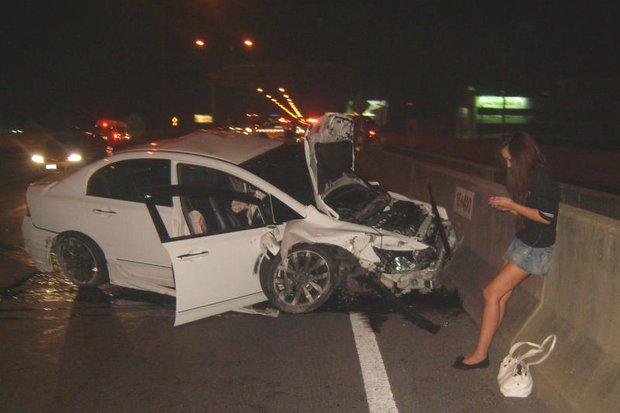 In 2010, a 17-year-old girl named Orachorn Thephasadin Na Ayudhya was driving one of her father’s cars without a proper driver’s license. She was texting and driving, and slammed into a passenger van that was carrying 14 people. She killed 9 of the passengers, and seriously injured the rest, causing a massive pile-up on the highway. After the accident, she seemed to be unfazed, and unhurt. She got out of the car, plopped her purse on the ground, and continued texting. Someone took a photo of her in that moment, and once it was passed around in the press, the public was understandably outraged.

Her wealthy parents paid for a lawyer, of course, and they somehow brought the sentence of three years in jail for driving without a license down to just a few months of community service. Even then, she was so spoiled she often refused to show up to her duties volunteering at a hospital, and complained the entire time. 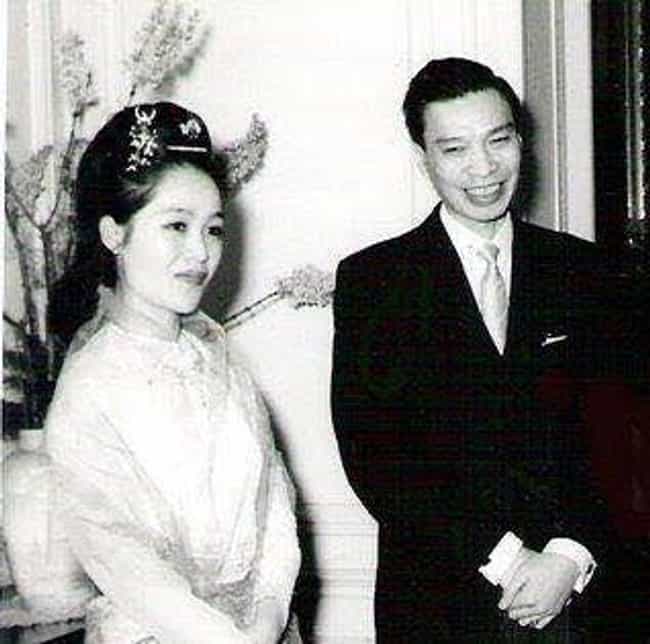 In 1967, a Burmese ambassador named Sao Boonwaat was living as a diplomat in Sri Lanka when he murdered his young wife, Shirley. If you are unaware, international ambassadors get a special perk called “diplomatic immunity,” which means that they do not have to abide by the laws of the land where they are working.

Several people witnessed Shirley running away from her husband as he shot her with a gun. Then, he cremated her body. Boonwaat claimed that his wife died of a cerebral hemorrhage, and he never spent any time in jail for her murder. 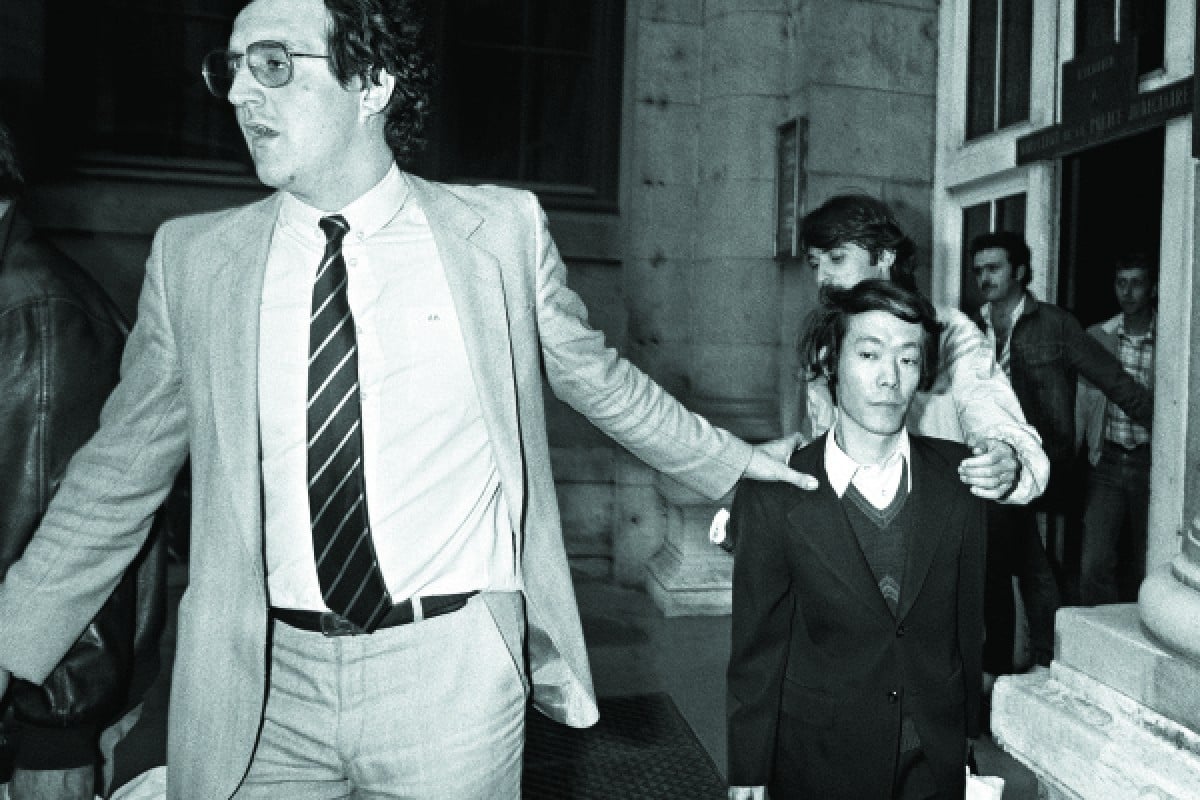 Growing up in Japan, Issei Sagawa was the only child of very rich parents. He was small and weak, so when he began to show signs of having mental illness and admitted to having the very strange sexual appetite for cannibalism, they decided to simply placate him, and gave him nearly everything he wanted. He had a particular fascination with Western women. He once broke into a German girl’s house with the plan to eat her, but he was caught and charged with attempted rape. His parents paid for him to go to graduate school in France in 1981.

He became friends with a young Dutch woman named Renee Hartevelt, and he invited her over to study for an exam. He shot her in the back of the head, and began to eat her body over the next several days. He was caught by the police, but a French psychologist said he was too insane to stand trial, so he was deported back to Japan. He has never served any jail time for the murder. His wealthy parents continue to financially support him, and he now writes books about his cannibalism fetish.