Armies have existed for about as long as civilization has. When a group of people get together, they realize they need to protect themselves from other groups. Soldiers are the ones trained to fight and protect and, generally speaking, follow the chain of command. Every once in a while it doesn’t quite work that way, however. Some soldiers decide that they need to go off in their own direction. When a soldier goes rogue, it’s rarely a good thing. 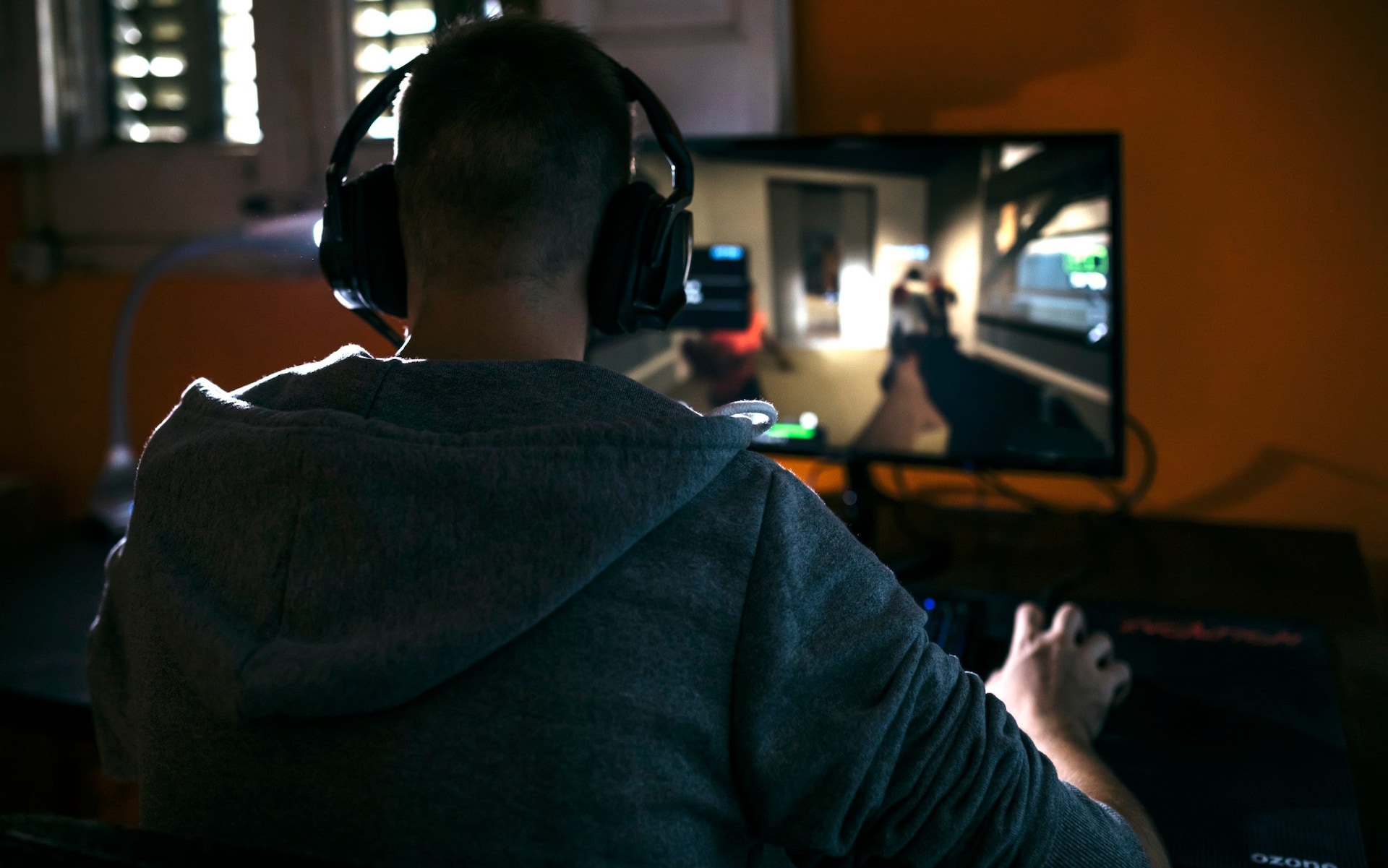 When you think of a soldier going rogue, the one circumstance that seems to be necessary is for a soldier to defy orders and leave their post, or do something outrageous or horrifying. And yet, for one Edinburgh-based Army Rifleman, that wasn’t actually the case.

In 2019 one soldier was rewarded with the dubious distinction of being the first soldier ever to be formally punished for going rogue in a virtual environment.

The soldier had been part of a larger group doing virtual training exercises over the course of several weeks and apparently just couldn’t take any more. As part of the exercise, the soldiers were supposed to be imagining that they were in a personnel carrier in hostile territory. One particular soldier had experienced enough virtual combat and simply turned to the soldier next to him and shot him with his virtual gun.

In one of the most brutal cases of a soldier gone rogue, in February 2020 a soldier from Thailand mercilessly shot down 29 victims, most of them civilians, in a mall before he was taken out by a sniper. The official word from the Thai government was that the soldier was distraught over a problem with a debt stemming from the sale of his home.

The soldier used an M60 machine gun as well as several rifles and ammunition he stole from his barracks after overpowering guards, and even a Humvee. His victims were chosen at random in the mall and included a 13-year-old boy. The attack lasted a stunning six hours as dozens of innocent shoppers barricaded themselves wherever they could find a hiding spot inside the mall.

The shooter himself was actually making live updates to Facebook about his progress as he stormed through the mall. In one of his video updates he said he was so tired from shooting that he couldn’t pull the trigger anymore.

It was March 11, 2012 when US Army staff Sergeant Robert Bales murdered 16 civilians in the Panjwai District of Kandahar in Afghanistan. Nine of his victims were children. When he was taken into custody later in the day, he admitted to doing it, though he could not give a reason why. He plead guilty in court and was sentenced to life without the possibility of parole, the trade-off for not getting the death penalty.

Bales was a trained sniper and shot most of his victims in the head. He also stabbed several of them after shooting them and even burned some of the bodies. The closest reason anyone was able to ascertain for his behavior was that he was distraught over financial and marital problems that he was having. His wife had just put their house up for sale and they were struggling to pay bills.

Early reports around the time the incident happened, before Bales was identified by name, indicated that the soldier had suffered a traumatic brain injury in the past. Whatever his reasons may have been, the families of the victims did not feel the punishment fit the crime. Soldiers going rogue is far from a new thing. Take the life of William Walker, who seemed to want nothing more than to run the world his own way and ignore orders from everyone far and wide. Word is that Walker was a genius, having graduated from University at the age of 14. By 25 he had degrees in both law and medicine. He was also a staunch believer in the idea of Manifest Destiny, which is to say he believed America needed to pretty much conquer the entire world.

In 1853 Walker had rallied a small army of mercenaries in California and headed south to claim Baja California as his own. He called the new land Sonora, made himself president, and stayed in power for about a year until he ran out of money and supplies.

He managed to convince a jury not to convict him of engaging in illegal military activities, and then promptly raised a new army so he could go take over Nicaragua. His small army merged with the actual American military that was in the area protecting American interests and even recruited some sympathetic Nicaraguan soldiers to the cause.

Inexplicably, Walker managed to end the Civil War that was raging in Nicaragua at the time and then took over the country as president. Even more baffling was that US president Franklin Pierce recognized Walker as the new president of Nicaragua.

Unfortunately, Walker was a terrible president and had a habit of burning down buildings and making people into slaves. When four other Central American nations allied against him he was ousted and fled back to America without a shot being fired. Baron Roman Fyodorovich von Ungern-Sternberg didn’t just have a big name, he had big plans in life.The Russian warlord managed to break ranks from his own army to become a dictator in Mongolia.

Ungern-Sternberg was originally with the anti-communist faction during the Russian Civil War, but he long had a passion for heading east and was fascinated with the culture. When he had a chance he headed from Russia to Mongolia to side with the Mongolians against the Chinese.

There were a lot of conflicting ideologies that led the Baron down the path he eventually traveled. He was a Buddhist and also a Russian monarchist. Despite that, he also had a reputation for being mercilessly brutal with his enemies. They apparently called him the Mad Baron and sometimes the Bloody Baron.

Funded by the Japanese, he was very much anti soviet and sought to give Mongolian power back to the Bogd Khan. Word is he also was of the opinion that he was a reincarnation of Genghis Khan.

Though he managed to actually take over the city of Ikh Khüree, he was eventually captured by the Red Army and executed for going off on his own.

A one-time general for the Democratic Republic of the Congo, Laurent Nkunda made his name supporting the Tutsi-aligned forces and the Rally for Congolese Democracy. This was all noble and respectable at first, but things eventually went a little sideways.

After the second Congo War, when the Transitional Government of the Democratic Republic of the Congo was set up, Nkunda felt that the new government was not sympathetic to the Tutsi minority and rebelled against them.

Taking an army of loyalists to the wilds, he established himself as a warlord in the region and soon made headway in what would come to be known as the Nord-Kivu War. Over two million civilians were displaced, which led to a massive humanitarian crisis in the area.

Nkunda was renowned for recruiting child soldiers to his cause (over 264 by the UN’s count), and the UN called for his arrest after he massacred 160 people. He was finally captured in 2009 trying to travel to Rwanda.

Between the years of 286 AD and  293 AD, a Roman soldier and sailor named Carausius defied orders and sailed to Britain, where he conquered the land and set himself up as Emperor.

Originally tasked with clearing the English Channel of Saxon and Frankish raiders, it seemed as though the naval commander took a shine to the area and there were accusations that he was actually working with the pirates to increase his own fortunes. In response to the accusations he used his own fleets plus the number of ships that he had built, the legions that are already stationed in Britain, and various Gaulish and barbarian mercenaries to simply take over Britain.

After several years, Constantine Chlorus finally decided to take back Britain and put an end to the pirate Emperor’s reign. Though it was short-lived, he even minted coins to commemorate his rule of land which you can still find in museums today.

In 2014, a 22-year-old soldier from the South Korean army identified as Sergeant Lim went rogue and attacked his fellow soldiers, killing five and wounding seven after he opened fire and threw a hand grenade into the barrack of the 22nd Infantry Division near Goseong.

Lim fled the scene, and a massive manhunt was organized to track him down through some nearby woods. Four thousand soldiers with orders to shoot to kill were sent after him into the woods. There was a brief skirmish when Lim was discovered, and as family members approached asking him to finally surrender, he turned his rifle on himself and tried to take his own life with a gunshot to the chest.

Lim’s wound was not considered life-threatening and he survived, though under South Korean law when he was later tried for his crimes he was sentenced to death. 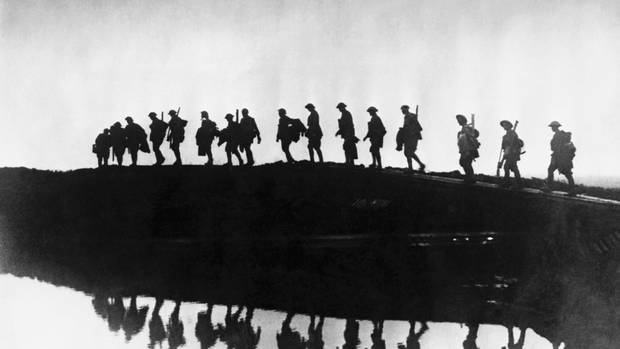 Most people with very long names tend to shorten them, but Roger Patrick Farnham Moag-Levy made the most of his by committing a number of frauds during the First World War. By using different combinations of his many names, he was able to join several different armies during the war, sometimes even joining the same Army more than once.

Moag-Levy was from New Zealand and though the country wasn’t extensively involved in the First World War, many thousands of New Zealanders did serve alongside other countries. At 22 he convinced the Australian Army that he had 14 years of experience at sea. He even had fake medals to back up his stories.

After being discharged for drunkenness from the Australian Army, he managed to make his way to Canada and sign up for their Armed Forces with designs on becoming a pilot. Unfortunately for him the Canadians learned his identity, so he had to move again and made his way back home to New Zealand where he signed up under another name.

After getting in trouble for impersonating a captain in New Zealand, he made his way to the United States and served aboard the SS Halifax. That ship went down and it was believed that Moag-Levy died at that time.

Weirdly enough the story doesn’t end there, though, as a 1926 paper from New Zealand had a story about a man named Hyman Levy stealing his fiancee’s engagement ring. Hyman Levy was Moag-Levy’s original name. While most soldiers who go rogue end up doing terrible things, it’s worth noting that John C. Fremont went rogue for a good cause.

The onetime Senator and the very first Republican nominee for President of the United States, based in part around his strong anti-slavery stance, Fremont was an explorer and a soldier. At the start of the Civil War, Abraham Lincoln gave him command of the Department of the West. He was known to frequently make decisions without getting Lincoln’s permission, however.

Among his rogue decisions were the bold moves he made in the state of Missouri. Fremont drove confederate forces from the state and quickly established martial law. He arrested any known secessionists, put an end to any newspapers that were loyal to the confederacy, and then immediately freed all the slaves of any residents who had taken action against the Union.

Though we would consider such an action heroic today, it did not go over well at the time in Missouri or anywhere else. Lincoln was afraid that such a proclamation would cause Missouri and Kentucky to leave the Union and urged Fremont to resend his order. When Fremont refused, Lincoln did it himself and then relieved Fremont of command.

Though Lincoln would obviously become known as the Great Emancipator later in life, Fremont did beat him to the punch by a little bit.