Armor and shields. Protective combat gear has come a long way from chainmail, plating, and Roman shields. But let’s go beyond Kevlar and bulletproof glass to discover some of the most remarkable technologies and products, from graphene and liquid armor to anti-bullet foam. Then we go to the pages of history to check up on armor options you perhaps didn’t think of, like cotton and wooden armor. These are some of the most brilliantly bizarre types of armor ever conceived of for military combat.

Imagine an exceptionally light layering of metallic foam being able to stop bullets. Except it doesn’t just stop them, it destroys them. Enter the bizarre world of CMF foam. This material, named in short for Composite Metal Foam, actually pulverized armor-piercing bullets in North Carolina State University tests, completed at the Aviation Development Directorate – Eustis at Fort Eustis by the Engineering Test Team.

Intended as a lighter weight, yet incredibly effective, new form of vehicle armor, CMF foam consist of hollow spheres of stainless steel or titanium within a metallic matrix of steel, aluminum, titanium, or comparable alloys. With tests of steel-steel CMF, where the matrix and spheres were both steel, .50 caliber ball rounds and .50 caliber armor piercing rounds were tested. CMF proved remarkably effective, absorbing 72-75% of the ball round kinetic energy and 68-78% of that of the armor-piercing rounds. Vehicles with armor made of CMF will have the same ability to stop rounds as those with regular steel armoring, but the same level of protection will cost only half as much in weight penalty.

While in its relative infancy, graphene anti-ballistic technology shows incredible promise. This carbon-based nanotechnology creates products mere nanometers thick even when multiple sheets are stacked together, so a whole lot of graphene would be just a millimeter thick. Yet when the ability of graphene to stop bullets was tested, the substance showed twice the potential of Kevlar and 10 times the effectiveness of steel plating.

Testing conducted by Rice University and the University of Massachusetts pioneered the real-life testing of graphene, rather than the simulated or extrapolated. Usually, a lot of graphene research is simulated or theoretical or extrapolated. Testers shot miniature golden bullets towards graphene sheets before measuring the levels of deformation post-impact. The bullet was created by blasting a gold filament with a laser beam, which created a bullet that travelled at 3,000 feet per second, which is two times the speed of a high-powered rifle’s bullet. The sheets tested were between 10 and 100 nanometers in thickness.

Yes, you read it right. Polish researchers are developing bullet-resistant garb based on a liquid that hardens upon impact, protecting the wearers. Incredible? Yes. Practical? Perhaps surprisingly, also yes. Scientists at the Moratex Institute of Security Technology in Poland have been testing liquid body armor that is worn in pouches distributed throughout bullet resistant vests.

If any of the pouches making up the vest are hit, the wearer is guarded from the force of the impact as vest packet material coagulates into what is essentially a marvelous bullet glue trap. Researchers say the material can stop projectiles as fast as 900 meters per second, with potential for other applications, including sports gear, high-tech car bumpers, and barriers.

GMO goats have proven to be a more practical source of silk than spiders themselves. Mutant goats with spider silk proteins in their milk provide a source of extractable silk. Utah State University researcher Randy Lewis, a molecular biologist, worked with this team to isolate spider silk genetic information relating to protein and merge it into goat DNA through splicing and placing the embryo in a goat, which allows female goats that produce milk with isolatable material to be produced.

The fibers offer the potential to create a variety of materials that would resist bullet penetration. Next, a Dutch bio-artist came up with a method of growing genetically modified skin that would stop a bullet. Tests showed that spider silk fabric with skin grown over it was not pierced by a bullet upon testing, as it absorbed the bullet’s energy without breaking. Strange? Yes. Promising? Definitely. We wear cotton clothing almost every day and prize it for its softness. Yet Ancient Aztec, Inca, and Tlaxcalan warriors remarkably harnessed cotton for its specialized use as a viable form of armor. Cotton armor, called Ichcahuipilli in Nahuatl, reflected the pre-Columbian focus on using material of a textile origin for an incredible range of purposes. Boats were made from reeds, bridges from woven plant fibers, and armor from cotton.

The armor consisted of cotton placed in between cloth and leather layering, meticulously stitched to form vests and entire body suits of a quilted form. The density was high, with thickness of over 1.5 inches. The Spanish had their breastplates of steel, but this traditional armor that was essentially fancy cloth could deflect a spear or arrow nearly as effectively as the steel alternative. More practical than steel due to its lightness, the technology was even co-opted by Conquistadors. While riot shields and Kevlar vests border on the cliched, lesser known is that brilliant piece of defensive engineering, the bomb suit. Modern Explosive Ordinance Disposal suits not only withstand shrapnel fragments that fly out from an explosion but are also crafted to dissipate the deadly shockwaves produced by any explosive blast.

Bombs dropped by the Luftwaffe in Britain posed the public threat of unexploded weapon encounters and delayed detonation, which in turn led to significant advancements in bomb suit development. But it was not until the 1990s that sufficient improvements were made in countering blast wave injuries, as bomb suits were mostly protecting against fragments of bomb material and other shrapnel, yet still allowing potentially fatal wave-related injuries, such as blast lung, in many cases. 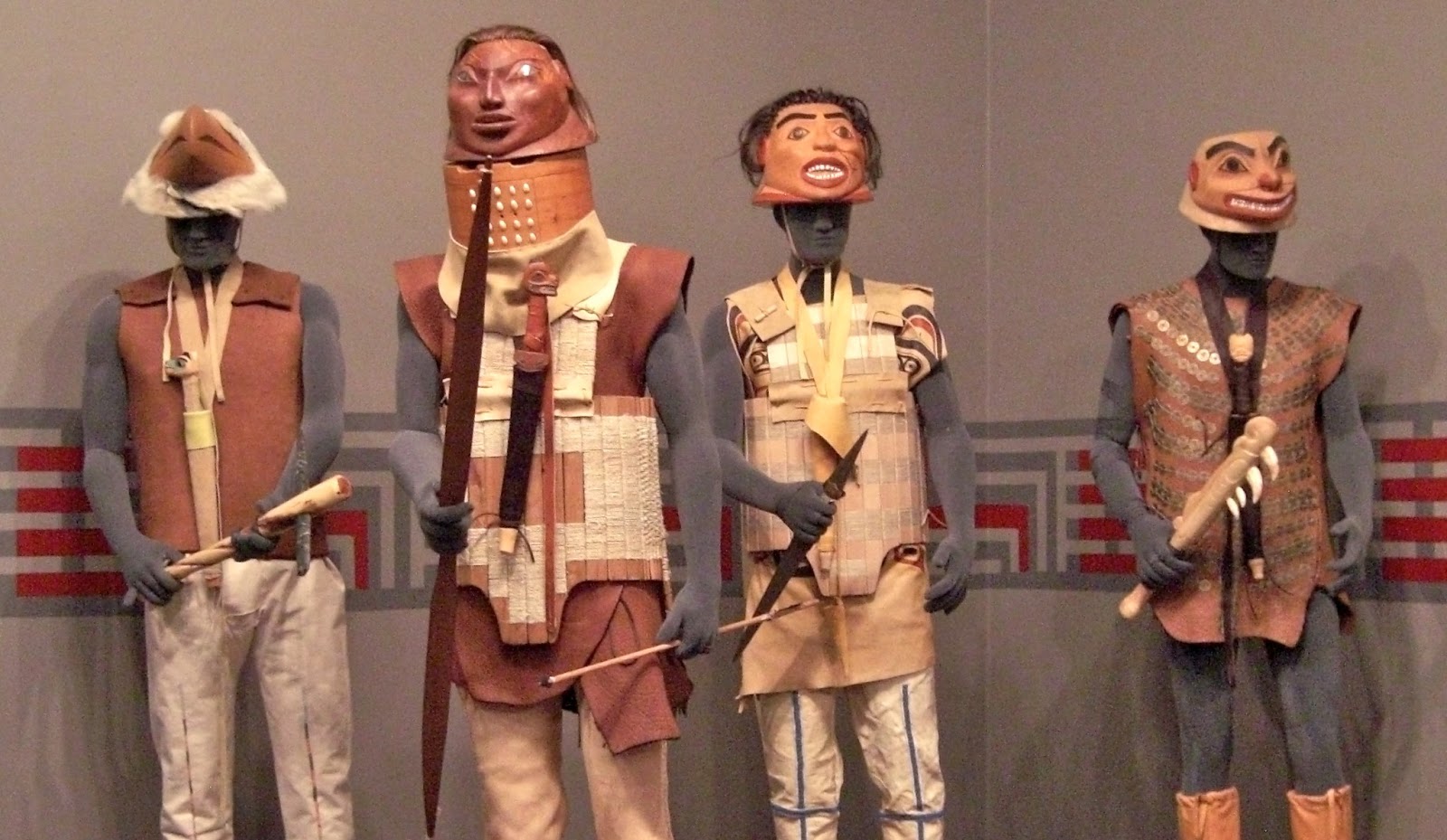 Alaska is heavily wooded in many areas and it is a little-known fact that some of the people native to Alaska made remarkable suits of armor that used wood as a key part of that armor’s construction. Roman armor may be famous but Tlingit armor was impressive in its own right, with a helmet carved of wood and a collar fashioned from the same, kept in place by leather strands held by the warrior’s teeth. The vest consisted of either leather or wooden slats that were fastened with sinew, offering protection against arrows and other sharp implements like spears.

The Tlingit warriors required this protection in a variety of battles stemming from intertribal warfare relating to matters of slavery, plunder, or vengeance. Firearms brought in by European settlers played havoc with the armor, however, causing it to be ineffective and to fall out of use. In a fascinating cultural interplay, Tlingit armor has included Chinese coins, which are empty in the center and thus could be sewed onto it. The coins were obtained through trade with Boston sea merchants who bought sea otter pelts from the Tlingit. You might have thought you have imagined every use for coconuts. Coconut milk, coconut chips, and so on. But what about that fiber that coats the hard shelled, tasty coconut? Coconut fiber has many uses, ranging from rope to floor mats, but it’s suitability as an island-invented form of armor might be a big surprise. In the Republic of Kiribati, an island group nation in the Pacific island region of Micronesia, part of Oceania, coconut armor defines the history of local warfare.

One remarkable specimen in the Pitts River Museum collection includes a full suit of coconut fiber protective garb with a helmet portion derived from a porcupine fish. This type of armor is considered to be the most advanced armor developed in Oceania’s history, reflecting both remarkable ingenuity in the face of resource scarcity and close alliances with the defenses and offensive measures utilized by wildlife and plants. The plentiful coconut fibers offer ample material for weaving, where other materials are hard to find, while the sharp teeth of sharks combined with coconut wood to create accompanying weaponry.