Crowd-pleasing grub often creates a cult-like following only to suddenly disappear faster than you can say, ‘Jim Jones.’ Although occasionally an item will re-emerge on store shelves (Dunkaroos, anyone?), most discontinued faves are typically replaced by newer offerings in a shinier package, providing yet another gut-wrenching reminder that nothing lasts forever.

That said, join us in a hearty nostalgic stroll down the supermarket aisle, wheeling a shopping cart full of treasured treats that defy time immemorial.

As the Cold War played out during the 1950s, a different kind of battle took place in homes across America to command the kitchen table. Top brass at Kellogg’s devised a bold strategy that would unleash the most powerful weapon ever launched in breakfast warfare: Sugar Smacks.

Containing a whopping 56% sugar by weight, the heavily sweetened puffed wheat delivered ammo capable of sending a polar bear into diabetic shock. The food giant also used a creepy clown as its mascot that somehow managed to appear both menacing and whimsical in the fight to win over customers.

The product would undergo numerous permutations before gradually being phased out and replaced by the slightly less toxic Honey Smacks and a spokes-frog named “Dig ‘Em.” It’s also worth noting that several studies have shown sugar to be as addictive as cocaine and opiates. Additionally, ‘smack’ is a common slang term for heroin. Just sayin.’

For those of a certain age, sugar-fueled memories of munching a bowl of cereal and watching cartoons are inextricably linked. The connection can be summed up in two words: predatory marketing.

Brands such as Post aggressively targeted young audiences by co-sponsoring Saturday morning TV shows like The Pink Panther with a product tie-in. Post would also employ similar strategies with beloved characters from The Flintstones and The Smurfs that usually contained a nifty toy inside the cereal box.

Launched in 1973, Pink Panther Flakes were run-of-the-mill sugar-coated corn flakes in a neon, bubblegum-pink hue — coloring that dissolved almost instantly after adding milk, resulting in a soggy, maize mush. Regardless, the brand excelled for over two decades, bolstered in part by the well-known Pink Panther movie theme song by Henry Mancini, a jingle that originated with the movie franchise starring Peter Sellers.

Kraft introduced this innovative, artificially flavored peanut spread with the funny name in 1971. Koogle came in several varieties, including chocolate, cinnamon, vanilla, and banana, and could be slathered on anything or eaten straight out of the jar.

One of the key selling points was a smooth texture that didn’t stick to your mouth, probably resulting from a higher concentration of chemicals that also made it so damn delish. Marketing centered around a bizarre jive-talking mascot with four eyes and blue hair, and sang “Pea-nutty-koogle with the koo-koo-koogly eyes!” while dancing a jig.

Sluggish sales led to future commercials taking a more wholesome approach, portraying mothers and kids sitting around the kitchen table. Yawn. The toned-down pitch didn’t help as Koogle failed to make it out of the decade alive.

Another cavity-inducing breakfast cereal from the 1970s, Baron Von Redberry was a spoof on legendary German WWI ace Manfred Von Richtofen, aka “The Red Baron.” The berry-flavored oats with red marshmallows transformed milk into crimson-stained bath and accompanied by the clunky catchphrase, “Baron Von Redberry is der berry goodest!”

General Mills (the manufacturer, not an actual military officer) co-promoted the brand with a similar product called Sir Grapefellow, substituting a purple concoction and a British bi-plane aviator mascot. The marketing had little to do with educating children about the bloody carnage of the Great War, but instead offered dubious claims of “vitamin-charged!” and the lure of enticing prizes found inside the package. “Tally ho!” The notion of having an entire meal made from frozen, heavily processed food, and served in a metal tray doesn’t exactly sound appetizing. In fact, they more closely resemble the kind of chow served on airplanes or in prison. But taste and quality aside, these quickly prepared entrees helped usher in a revolutionary social dynamic: eating dinner in front of the TV.

As the story goes, in 1952, CA Swanson & Sons overestimated the number of Thanksgiving turkeys the American public would eat. Stuck with an inventory of 260 tons of frozen meat, a Swanson salesman named Gerry Thomas allegedly conceived the idea to package individual servings replicating a holiday feast. The company would unload 10 million units the next year, making culinary history along the way.

In a strange twist of fate, TV dinners may have also given rise to the feminist movement. The National Women’s History Museum states: “TV dinners did more than just feed families, their convenience and quick cook time gave women (who usually did all or most of the cooking) more time of their own to pursue jobs and other interests, while still providing a hot meal for their families. One of the first advertisements for Swanson featured a woman pulling a Swanson dinner out of her grocery bag and promising her husband, ‘I’m late — but dinner won’t be.'”

Children love mascots. And why not? Characters such as Ernie “The Keebler Elf” are seemingly warm and trustworthy, and even scientifically designed to make eye contact with younger (and shorter) consumers. More importantly, however, they offer a satisfying sugar fix for hungry pie-holes. Such was the winning recipe for Magic Middles, a line of shortbread cookies filled with either chocolate fudge or peanut butter that debuted in 1989.

The snack won the American Marketing Association (AMA) Edison Award for the best new food product innovation and later became the first entry in the burgeoning bite-sized cookie market. But in the end, corporate restructuring spelled doom for these tasty morsels. Petitions on social media have attempted to revive the ‘Magic’ but so far, Facebook and the like are much better at spewing misinformation and harvesting personal data.

The Brute would live for eight years before being killed off in 1982 for reasons that remain shrouded in mystery. Fans of Quentin Tarantino films are well familiar with the brand after the cereal made cameo appearances in both Pulp Fiction and Reservoir Dogs. In August 2013, all five labels were released for the Halloween season, only to see the werewolf and mummy head back to the cereal graveyard.

It’s hard to imagine anyone not liking pizza. From a simple slice of cheese to an extra-large deep dish pie with all the fixings, this perennial Italian favorite is mouth-watering, life-affirming food. The suits at Keebler felt the same way and introduced bite-sized chips made from actual pizza dough.

Pizzeria chips were available in three flavors: Cheese Pizza, Pizza Supreme, and Zesty Pepperoni. Launched in 1991, Pizzarias were quickly embraced by the public, resulting in Keebler being named AMA’s “New Product Marketer of the Year.”

An extensive ad campaign also introduced the first teenage Keebler Elves (Ernie’s nephews, Zoot and JJ), uttering catchphrases such as “Radical grub!” and the tag line: “Tastes like real pizza, only louder.” Similar to the fate of Magic Middles, Pizzarias got the chop following the sale of Keebler in the late 1990s.

When McDonald’s first began its healthier menu makeover in the early 1990s, the iconic fried apple pie became one of the first casualties. The decision was met with immediate condemnation. And rightfully so.

Public outrage would reach a fever pitch just short of rioting in the streets. Furthermore, the egregious move was made worse by a baked replacement that paled in comparison to the original crunchy, golden desert with apple filling hotter than the sun.

The fast-food behemoth first launched the original version in the late 1960s to great fanfare. Generations grew up with these pies, establishing an army of loyal patrons who gladly risked third-degree burns to wolf them down. But what should have been obvious resulted in a miscalculation with dire consequences: Mickey D customers, past and present, don’t give a hoot about counting calories; if they did, binging at a burger joint wouldn’t be part of any weight loss plan. 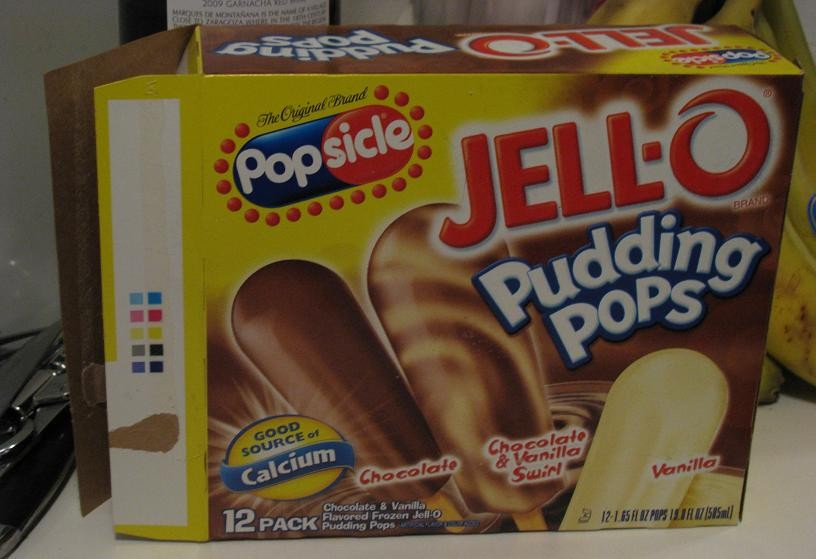 Long before Bill Cosby went from being “America’s Dad” to inmate #655321, the comedian-turned-convicted-felon served as the spokesman for Jell-O brand products. Pudding Pops arrived in the late 1970s, presenting a creamy, frozen version of pudding on a stick, featuring an evenly split chocolate and vanilla swirl. Genius.

Over time, however, this freezer box staple would be scuppered — but for reasons that had nothing to do with the aforementioned rapist. Its parent company, General Foods, simply lacked the experience to successfully produce and sell frozen goods, and eventually gave up on the cherished snack, breaking hearts from ABQ to YYZ.

Previous Article10 Facts You Might Not Know About the Victorians
Next Article Foods That Are Banned in Europe, But Not the US