It has to be one of the most common fantasies in the entire world – finding out that that old piece of junk that you bought years ago for a few bucks, which is now taking up space and gathering dust in the garage is actually some rare artifact worth a fortune.

Of course, in the vast majority of cases, that fantasy never becomes a reality. As it turns out, most worthless junk is actually just worthless junk. That’s not to say that it never happens, though, as these next entries will prove. If you’ve never heard of the Lewis Chessmen, they represent almost one hundred medieval chess pieces made mostly from walrus ivory dating all the way back to the 12th century. They were found in 1831 on the Scottish island of Lewis in a sand dune where they likely stayed buried for over 500 years.

Nowadays, the bulk of the hoard sits in the British Museum as one of the institution’s most popular exhibits. Another dozen or so can be found in the National Museum of Scotland in Edinburgh, but there are also a few pieces missing. After they were first exhibited in 1831, the chessmen were split up and sold to various institutions and private parties, and today the exact location of roughly five pieces remains a mystery.

One of those chess pieces sat in a drawer in Edinburgh for over half a century. The owner had purchased it in 1964 for the grand sum of £5. He was an antiques dealer and, if he knew the real value of his purchase, he certainly did not share this information with his family. They looked after it once the man had passed away, but it wasn’t until 2019 that they actually thought to get it appraised. As you might imagine, they caused quite a stir when they brought the piece to an auction house. It later sold for £735,000, or almost one million dollars. Let’s be honest. Most of us cannot spot the difference between real gems and cheap crystal imitations, but we still share that fantasy where some old piece of costume jewelry we had turned out to be a priceless treasure.

That fantasy became reality for one woman in England who chose to remain anonymous. In the 1980s, she visited a car boot sale in London where she picked up an old ring for £10. It had a giant rock mounted on it but, of course, she didn’t suspect for a minute that it might be a real diamond. Instead, she wore it for decades as cheap costume jewelry.

Just a few years ago, she had the inspiration to get the ring checked by an expert. She was shocked to find out that, all those years, she had been walking around with a 26-carat diamond ring on her finger valued at close to half a million dollars. Even that estimation proved to be way off, as the ring eventually sold at auction for almost $850,000.

Usually, recycling is a good thing, but for Beth Feeback of Concord, North Carolina, it almost turned into a very expensive mistake.

Her story started in 2012 when she visited a Goodwill store and purchased a painting for $9.99. She didn’t really care about it, she just wanted to re-use the canvas for her own painting and this one was cheaper than buying a new canvas. Fortunately for Beth, one of her friends advised her to do a bit of research on the original painting before destroying it forever.

For months, the artwork gathered dust in Beth’s art studio but, eventually, she decided to heed her friend’s advice. She investigated the origins of the painting she bought for ten bucks and discovered that it was a piece named “Vertical Diamond” by 20th century abstract artist Ilya Bolotowsky. Beth sold it at auction for $27,000. Finding unexpected money inside the couch is always a nice surprise, but most of us have to settle with change that has fallen between the cushions. One German student was a bit luckier, though, because she found a 400-year-old painting in her couch.

The unnamed student had bought the sofa second-hand from a flea market in Berlin, paying 150 euros for it. Unbeknownst to her, the pullout couch had a painting hidden between the folding sections. How it got there will probably forever remain a mystery. For a while, the student was literally sitting on a fortune, until she finally needed to pull out the sofa to its full size, thus revealing the hidden treasure inside.

The painting is called Preparations for the Flight to Egypt. The author is unknown, but it was done sometime between 1605 and 1610, by an artist associated with Venetian painter Carlo Saraceni. It sold at auction for over 19,000 euros. Most of us will probably admit that we know nothing about art and that we sometimes cannot tell the difference between an abstract masterpiece and a child’s picture. And yet whenever we come across a new artwork, we’re all secretly hoping that it’s a forgotten Picasso or something like that.

For Zachary Bodish of Columbus, Ohio, that is precisely what happened. Back in 2012, he visited a thrift store and bought what he thought was a reproduction poster for one of Pablo Picasso’s exhibits for $14.14. However, when he took it home and inspected it more carefully, he saw Picasso’s own faded signature. The artwork was not a reproduction but, in fact, one of 100 original linocuts made and signed by the artist himself.

A New York City auction house inspected the poster and offered to list it for around $3,000, expecting it to sell for $4,000, but Bodish received an even better deal. Before the print was even appraised, he accepted a $7,000 offer from a private collector. Finding cheap, valuable items in thrift stores might be exceedingly rare, but even rarer is when those items turn out to be priceless historical artifacts. And yet, that was the case for Michael Sparks who went bargain hunting at a store in Nashville one day back in 2007 and left with an old document for which he paid just $2.48. That document turned out to be an “official copy” of the Declaration of Independence commissioned by John Quincy Adams in 1820 before he became President of the United States.

Only 200 of these copies were made. How one of them ended up at the Music City Thrift Shop in Nashville is anyone’s guess. But Sparks knew one thing, though – his new purchase was valuable… very valuable. When he went to auction it off, he was told that the opening bid would be $125,000 and that he should expect it to sell for almost twice that. This wasn’t even close. His copy of the Declaration of Independence sold for over $477,000. If you are the type who likes to explore flea markets and garage sales, hoping to find some long-lost treasure, watches can be a pretty good choice. Many old timepieces are worth a pretty penny these days so, if they are cheap, they can turn out to be a profitable investment.

That was the thinking that one person had a few years back when they picked up one old watch at a car boot sale for £25. It was a Breitling Top Time. Originally produced in 1962, it became very popular in 1965 after appearing in the James Bond movie Thunderball. In the film, Q gave Bond a special version of the Top Time which included a Geiger counter that he used to monitor radioactivity. So the Breitling was not only featured prominently in the movie, but it became the first ever James Bond watch.

Whether the person who bought the watch knew all of this at the time or not, we cannot say. But they had a much bigger surprise waiting for them. The Breitling they had purchased wasn’t like the James Bond watch, it was the actual James Bond watch. It was the one that the movie’s art department had modified and Sean Connery had worn in Thunderball. They sold it at auction in 2013 for over £103,000. 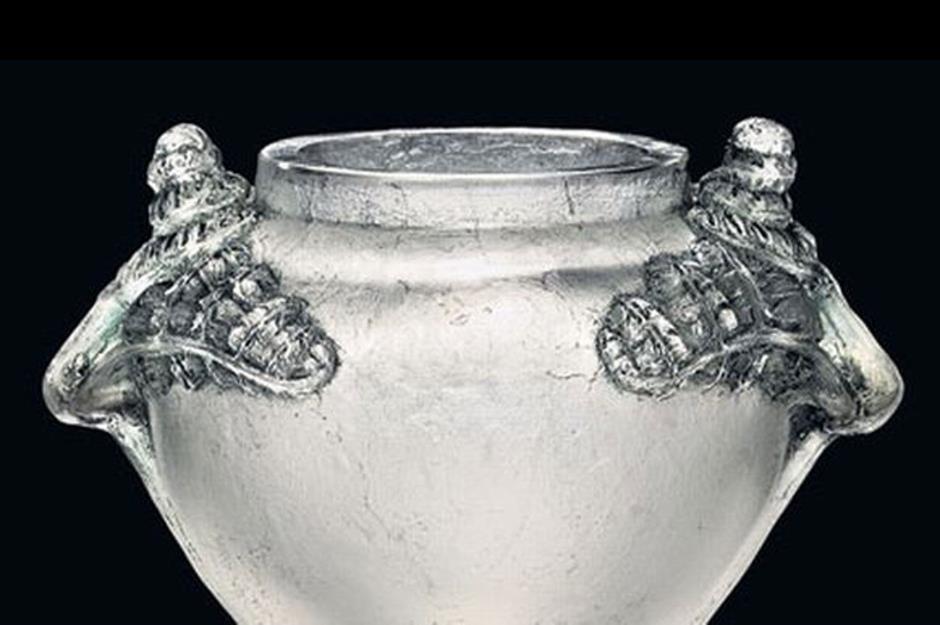 If £25 is too much money to spend on a gamble, how about just £1? That is the price that an anonymous person paid for a vase at yet another car boot sale, this time in Dumfries, Scotland. They used the small vase for a plant but, after the plant had died, they simply stored it in the attic.

They probably would have left it there, if not for a television program called the Antiques Roadshow passing through their city. The whole point of the show is that locals bring old, random stuff they have in the house to get evaluated by experts. Of course, all of them are hoping that they were unwittingly storing the Ark of the Covenant in their garden shed or something like that, but this almost never happens. And we say “almost” because it did happen on this occasion. That £1 vase turned out to be a 1929 Feuilles Fougeres, made by French Art Nouveau artist René Lalique. It later sold at auction for £32,450. 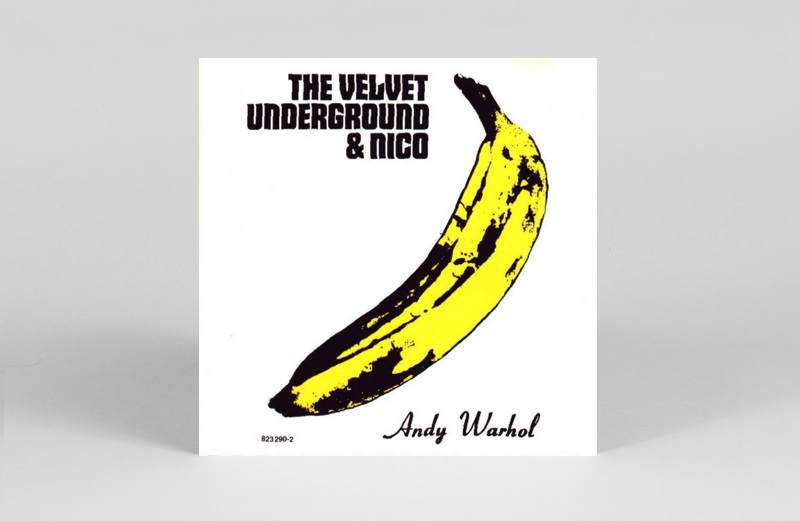 Want to go even lower than £1? Then how about an old record which Warren Hill of Montreal purchased from a flea market in New York back in 2002 for only 75 cents. It was a copy of the debut album of the Velvet Underground titled The Velvet Underground & Nico and it turned out to be worth tens of thousands of dollars.

So why was this version so valuable? After all, the album might not have performed well when it first came out, but it still sold around 30,000 copies. Well, the truth is that none of those copies were like this record. This one was the original acetate version cut at Scepter Studios shortly after the album was recorded and before it was finalized. Some of the tracks have modified mixes compared to the final product while others feature entirely different takes. Only two copies of this version are known to exist and the other one belongs to the band’s drummer Moe Tucker, making Hill’s record a virtually unique item. Given that The Velvet Underground & Nico has long been considered one of the most influential rock albums of all time, it’s not surprising that it became a highly-prized item.

And even so, perhaps not as prized as Hill had hoped. Initially, he auctioned it off on eBay in 2006 for a whopping $155,000. That bid, however, proved to be fraudulent, and a second, genuine sale only netted Hill $25,000 – a much more modest sum, but still an impressive profit for a 75-cent investment. 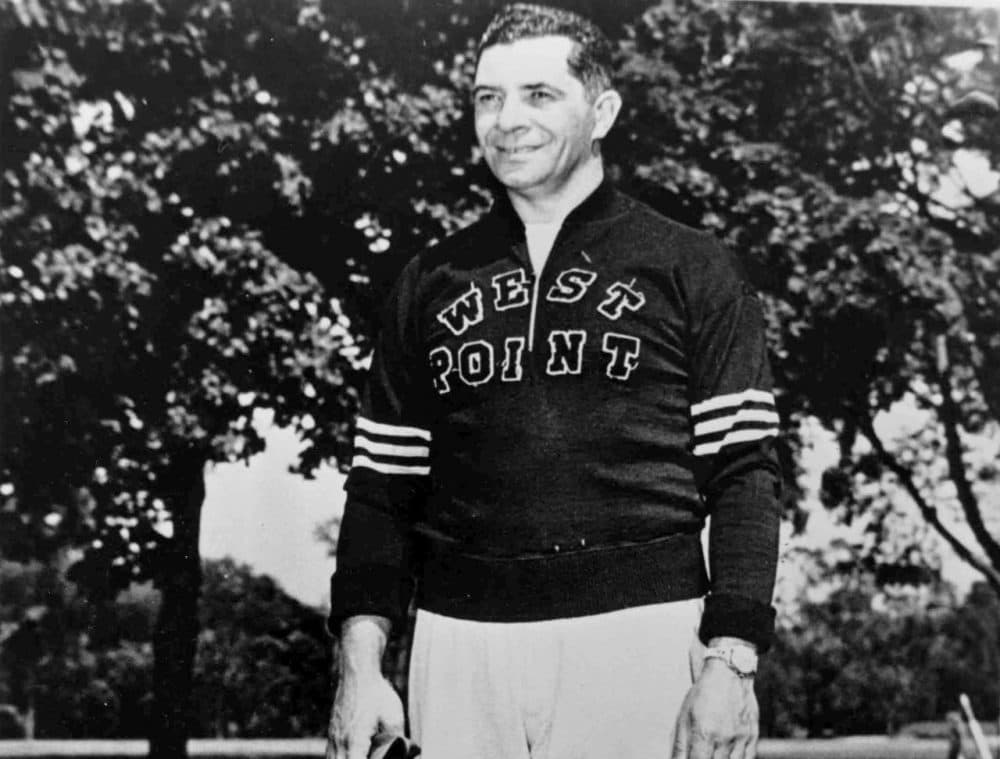 Let’s finish with the cheapest item on our list – an old sweater purchased from a Goodwill store in Asheville, North Carolina, back in 2014 for only 58 cents. The new owners were Sean and Rikki McEvoy of Knoxville, Tennessee, who were always on the lookout for trendy, vintage fashion for their online clothing store.

The sweater was pretty basic – it was mostly black, with the words “West Point” featured on the front. Most likely a warm-up sweater for a sports team, thought Sean McEvoy. The name “Lombardi” was scribbled on the inside label but, since neither him nor his wife were big on sports, this didn’t really mean much to them. It wasn’t until months later when they saw a football documentary that they realized what they had in their possession. It was the sweater that Vince Lombardi, one of the greatest football coaches of all time, wore while he coached at West Point during the late 1940s.

From there, McEvoy had the sweater authenticated and sold it at auction for over $43,000.