Human beings are not one-dimensional and sometimes we need another persona to express different facets of our personality. They also make terrific drama! Some are comic; some are terrifying. Some are misguided. There are things that only the alter ego could get away with. In some cases it is hard to distinguish which character is really the alter ego. In no order, we present the top 10 most famous alter egos. 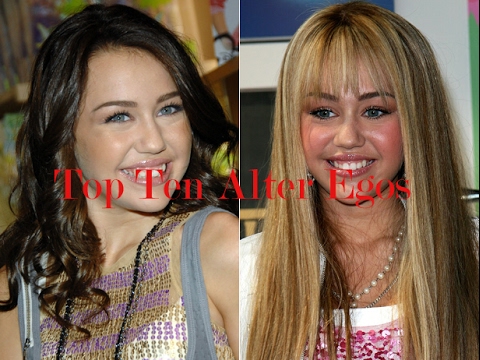 Young teenagers, or tweenies, as they’ve come to be known need a role model to hang their fantasies on and most parents prefer one that isn’t a pierced, tattoo wearing rock god. Hence, the Disney Hannah Montana show is a hit with all the family. Miley Cyrus plays ordinary schoolgirl, Miley Stewart, who transforms into her alter ego, Hannah Montana, the famous pop star. Only her family and best friends know about her secret double life. Real life Dad, Billy Ray Cyrus, plays Miley’s TV Dad, Robby Ray Stewart.  It’s not an old school nuclear family as Robby Ray is a single parent, though a widower and not a divorcee. The franchise has produced a range of merchandise and Hannah Montana: The Movie.

Like Garth Brooks, Beyonce is an immensely successful recording artist. She left Destiny’s Child behind to forge a solo career and branched out into movies. She too wanted to present a different persona to the world and the I Am…Sasha Fierce album came out in 2008. The two-disc album had multi-platinum sales and the single; Single Ladies (Put a Ring on It) reached Number 1 on Billboard. Beyonce said that she developed this alter ego on stage. She co-wrote the tracks, a mixture of mainstream pop, sensual ballads, traditional R&B, and 1980s style electro pop. Beyonce wanted to explore her romantic side and her more aggressive side. The record was well received by the critics and the fans. Country music star Garth Brooks enjoyed terrific record sales and mainstream success when he decided to take a risk. He could have coasted along but came up instead with the idea of an ‘alternative rock star’ called Chris Gaines. The original intention was to feature this alter ego in a movie and Chris was given a detailed back-story but the project was eventually abandoned. The album, Garth Brooks in…The Life of Chris Gaines came out in 1999 and reached Number 2 in the pop album chart. He also appeared in a mock documentary for the series, Behind the Music. Despite this exposure, the experiment was deemed a failure, as most fans wanted the old Garth Brooks back. Chris Gaines disappeared, never to be seen again.

Australian comedian Barry Humphries created the forerunner of Dame Edna in the late 1950s, perfecting the character in stage revues and one-man shows.  Describing herself as a simple suburban housewife, she is instantly recognizable in her homeland, in the UK and in America. Television appearances brought her brand of satire into the mainstream. Everything about Dame Edna is over the top, her lilac hair, incredible dresses and Sydney Opera House spectacles.  Her ego knows no bounds and she claims to be a mentor to the famous. The audience is privileged to learn about her intimate family life, which she shares with husband Norm and four grown up children. Best friend Madge would often accompany her on stage, as would a huge bouquet of gladioli. 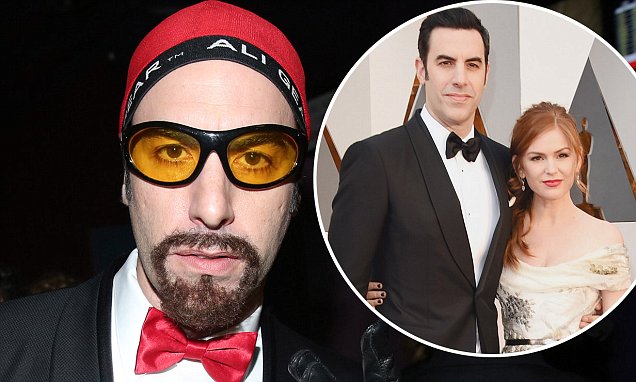 Comedian and actor Sacha Baron Cohen was born in London to an orthodox Jewish family. It is rare to see him as himself and his alter egos, such as Borat and Bruno are controversial. It was Ali G that launched him into stardom. He is a young man from the inner city, immersed in Jamaican culture and way of speaking. In fact, it’s a satire on a certain kind of white man who wants to be black. He is a ridiculous figure of fun but Cohen uses him to ask provoking questions in interviews with authoritative people, such as politicians. The fact that the interviewees are under the impression that they are engaged in a legitimate interview, adds another layer of humor. Victims of his interviews include Donald Trump, Buzz Aldrin, John McCain and Gore Vidal. A feature film, Ali G Indahouse in which Ali G enters Parliament, followed the TV show.

Andy Kaufman was no ordinary comedian and he always divided audiences. His brand of surrealism and performance art was hilarious to some and bewildering to others. Audiences never knew what to expect. Sometimes, he would read a book to them or he might launch into a near perfect Elvis impersonation. He took the idea of a cheesy lounge singer and turned it on its head with Tony Clifton. Tony would swear, abuse the audience and forget the lyrics. He was boorish and impossible to like. It was so convincing that many people thought that he was a real person. One of Kaufman’s other alter egos was Foreign Man, which evolved into Latka Gravas, as seen on the Taxi sitcom. One of Kaufman’s demands when he was cast in Taxi was that Tony be given a guest spot on the show, as if Tony was, indeed an actual person. Tony had a tantrum on set and was fired! Kaufman took the idea of an alter ego to a new extreme, blurring reality and fiction. The reason for Bowie’s long career, apart from raw talent, is his ability to constantly re-invent himself. His artistry has found expression in a number of alter egos, namely Aladdin Sane, the Thin White Duke, and most famously, Ziggy Stardust.  This alien visitor, bearing a message of peace, was the poster boy for androgynous Glam Rock. The Ziggy Stardust and the Spiders from Mars album was released in 1972 and Bowie took it out on tour. Soon, the fans were copying the clothes, hair and make up. It was a concept album with a loose narrative, containing the tracks, Starman, Suffragette City, Rock n Roll Suicide, in addition to Ziggy Stardust. Ziggy self-destructs and Bowie retired him, to move on to his next re-incarnation. 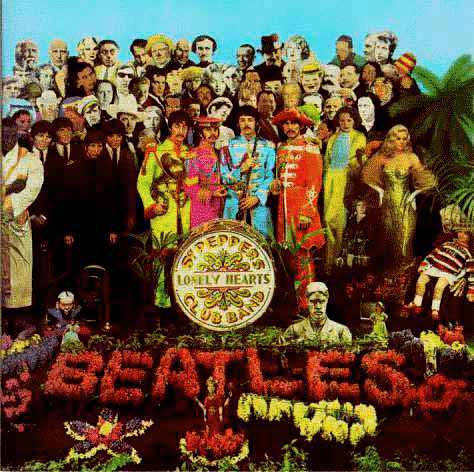 It was 1967 and the Summer of Love. The new Beatles album could be heard through every open window. The band had stopped live performances and could take their time in the studio. Paul McCartney had the idea of an alter ego, an opportunity for the most famous musicians in the world to play as a fictitious unit. The leader of the band was introduced as Billy Shears (Ringo Starr) and he provided the vocal for With a Little Help From My Friends. The four band members, each with their mustaches, were photographed in their brightly colored, satin military uniforms. Each album came with cut outs of mustaches, sergeant stripes and badges. The cover, with the cardboard models of famous people, was assembled by the British artist, Peter Blake. The record is considered a classic and produced the songs, Lucy in the Sky with Diamonds, She’s Leaving Home, and A Day in the Life. There could be an entire list of superheroes but Superman is one of the most iconic. His appeal to fans has never waned since his first appearance in the 1930s. Certain elements have been brought in to modernize him but the familiar features are still there. Clark Kent is the spectacle wearing ‘mild mannered’ reporter for the Daily Planet. When the occasion demands, he changes into his costume in a phone booth and flies to the rescue. It’s a reassuring world, where the bad guys are caught and the citizens are safe under his protective cape. There’s a love interest too in the shape of feisty Lois Lane. His vulnerability to Kryptonite makes us warm to him all the more.

The Victorians were fascinated by Robert Louis Stevenson’s novella about a dual personality. The Strange Case of Dr. Jekyll and Mr. Hyde was published in 1886 and many stage and film adaptations followed, most notably the 1941 movie starring Spencer Tracy. Stevenson was intrigued by the human psyche and the inner battle between good and evil. One night, a dream gave him the inspiration for the character of Dr. Henry Jekyll, a kind physician who experiments with a potion to isolate evil. On drinking it, he becomes Mr. Edward Hyde, a cruel and violent man who stalks the streets of London at night. The tale influenced many psychological novels and science fiction stories to come.